Home Travel Greece 10 Vegan Dishes Not to Miss in Greece

10 Vegan Dishes Not to Miss in Greece

Have you started planning your next vacation to Greece, only to discover that there are surprisingly few vegan or vegetarian restaurants in the country? Has your search on Happy Cow left you discouraged, wondering if you’ll be subsisting on Greek salad (hold the feta cheese, please)?

Fear not! Despite the fact that veganism per se is not widely known or understood in the country, it’s actually incredibly easy to be vegan in Greece. Here are 10 naturally vegan (and delicious!) dishes that you’re bound to find on menus throughout the country. 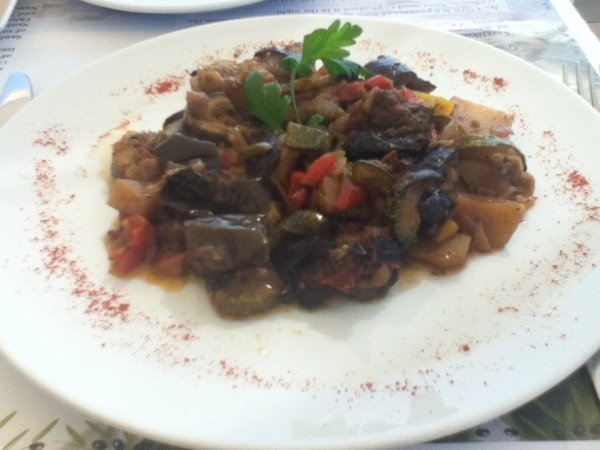 An oven-baked dish of mixed vegetables similar to the ratatouille found in southern France. The vegetables used can vary, but they always include potatoes and zucchini, and you’ll usually find tomatoes and eggplant in there too. 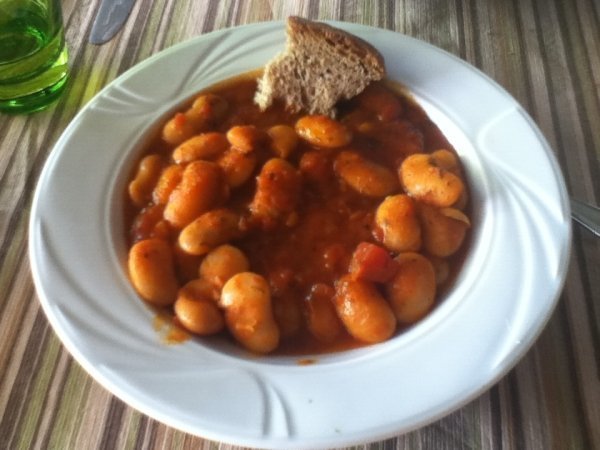 As their name suggests, gigantes are giant white beans cooked in a very Mediterranean sauce of tomatoes and herbs. 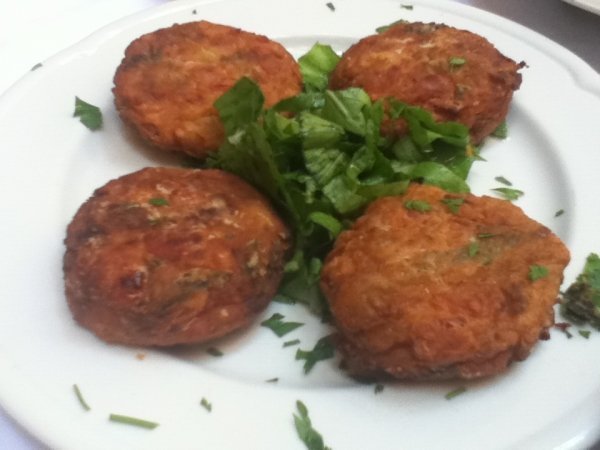 Plain ol’ keftedes are generally meatballs, but don’t let the name scare you. It turns out these fried balls can also be made from a number of other ingredients besides meat. While you might also see eggplant keftedes or zucchini keftedes, the types that is most often vegan is tomatokeftedes – tomato fritters. 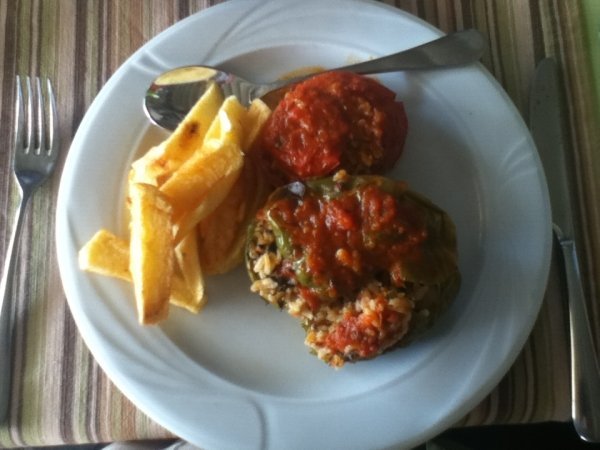 This can be either roasted tomatoes or bell peppers (or both) stuffed with a mixture of rice and herbs. Usually served with thick French fries, which are themselves a delicacy not to be missed in Greece. This dish occasionally contains minced meat, so be sure to ask.

Like many of the Greek dishes in this list, gemista is also a popular vegan dish in Cypriot cuisine. 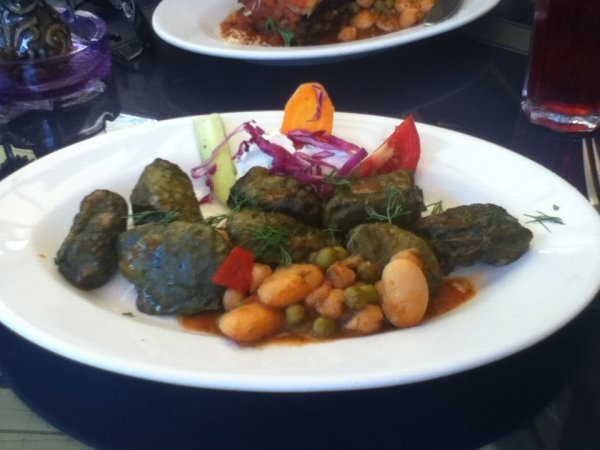 Famous in Middle Eastern and other cuisines, these stuffed vine leaves, also known as dolmadakia, are filled with a rice and herb mixture similar to the one used in gemista, sprinkled with lemon juice and served cold. Delish! 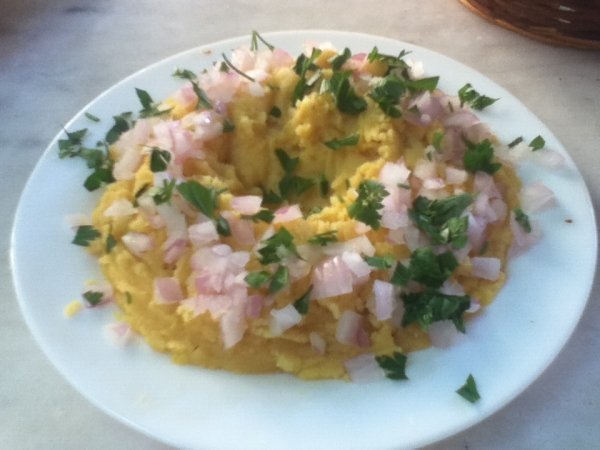 A speciality of Santorini, you may also find this appetizer on other Greek isles. Note: this creamy dip is not made from fava beans! It’s actually puréed yellow split peas – a crop that grows particularly well in the fertile, volcanic soil of Santorini. 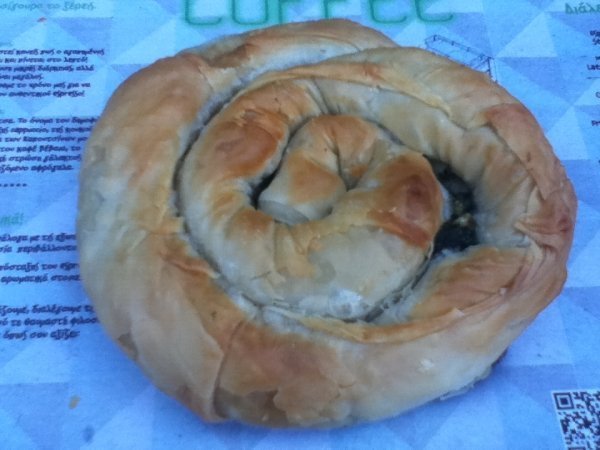 Savoury pies are sold on every street corner in Greece and are the quintessential Greek fast food. Most versions contain some kind of cheese, but don’t worry, vegans don’t have to feel left out. Spanakopita, at least in its nistisimo version, is filled only with spinach. A delicious way to get your dark leafy greens while travelling! 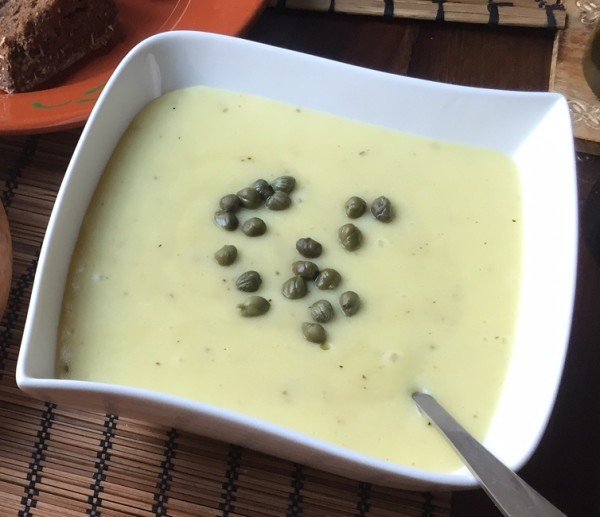 This dip is served with bread and served as an appetizer or meze. It’s made from mashed potatoes and garlic. Lots and lots of garlic. 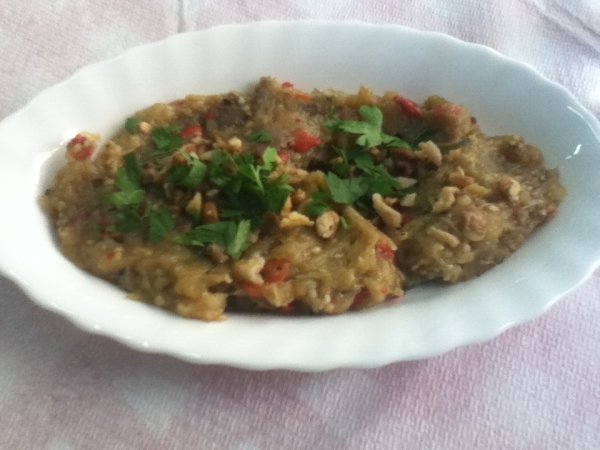 And here’s one more dip for you. This one is made from eggplant and is quite similar to the Middle Eastern dish known as baba ghanoush Tip: order a few of these dips or other meze and put them together to create a full meal. This is common practice in Greece, especially when there’s drinking involved. 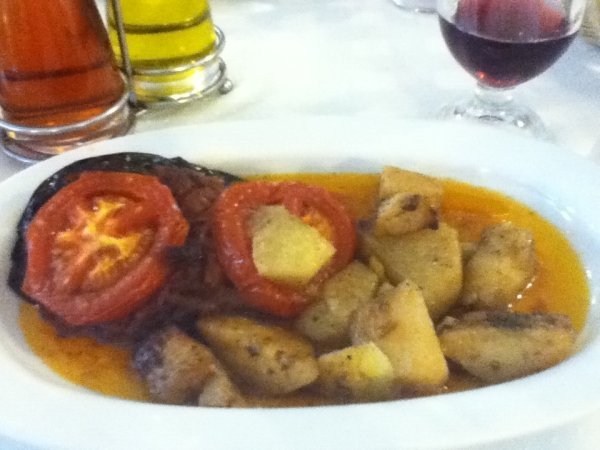 The name of this dish is Turkish and literally means “the imam fainted”. As the story goes, the imam in question swooned with pleasure, completely overcome by the flavor of this dish when his wife made it for him.

When I tasted imam bayildi for the first time at a restaurant in Little Venice on Mykonos, I understood how the imam felt! You will too as soon as you take the first bite of this melt-in-your-mouth eggplant stuffed with onion, garlic and tomatoes and roasted in a generous amount of olive oil.

And this is actually just a small sampling of the vegan delights Greece has to offer. For a more complete list, check out my ultimate vegan guide to Greece.

You might be wondering why, if the vegan movement hasn’t made much headway yet in Greece, there would be so many vegan dishes there? This is largely due to the fasting tradition in the Greek Orthodox church. The food eaten during the many fasting days on the Orthodox calendar is largely vegan (though not always; see here for a more detailed explanation of “fasting food“).

Note: While the dishes described above are usually vegan, recipes vary from island to island and even from kitchen to kitchen. To be sure, ask if the dish you’re ordering is fasting food (“nistisimo” in Greek). Then relax and enjoy your vacation! And be sure to pack some baggy pants. You may well return home a few pounds heavier, but it will be worth it!

This article was originally published as a guest post on Happy Cow on 12 August 2015.