Badajoz: The Beauty of Simplicity

For those of you who have been following our trip through Extremadura via my last few blog posts, we’ve almost reached the end. Our last stop in Spain before crossing the border into Portugal was the somewhat scruffy city of Badajoz. While it had by far the largest population of all the places we’d been to in Extremadura, it still had the look and feel of a small town. I’ll be honest, on the surface there’s not much reason to visit Badajoz. As it turns out, in addition to its lack of impressive sites, it even lacks the regional transport connections we assumed it would have, which meant that we ended up taking a taxi across the border to Portugal.

Thanks to a bit of serendipity, however, we stumbled upon the local Semana Santa procession as it wound its way through the narrow streets to the cathedral. We had just come from Seville, where we had watched what are by far the most famous and extravagant Semana Santa processions in all of Spain. And yet, while Badajoz certainly lacked the pomp and glamour of Seville’s celebrations, in some ways I enjoyed this low-key version even more. You might have noticed that the photos of the Seville processions all feature the same, purple-hooded cofradía. While we did watch several other confradías as they marched past, the purple hoods (sorry, I don’t know their real name) were the only ones where we managed to push through the crowds and get close enough to really get in some good shots. In Badajoz, on the other hand, there was no jostling for a good viewing spot, no frantic clutching of my bag every 10 minutes to check that I hadn’t been pickpocketed, no drunken revellers stepping on my toes. Nope, we just calmly stood on the side of the street and watched as all the different cofradías passed by right next to us. 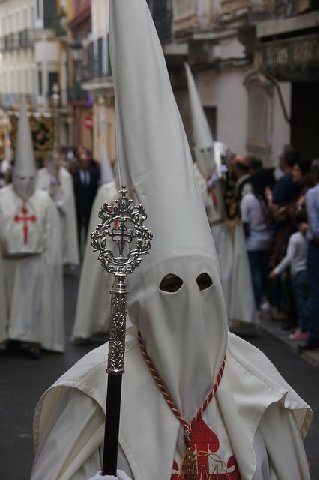 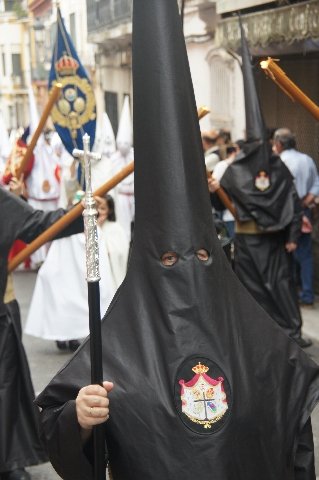 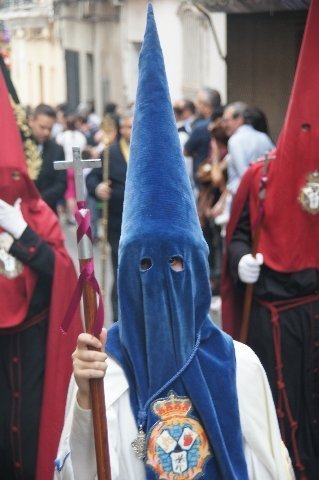 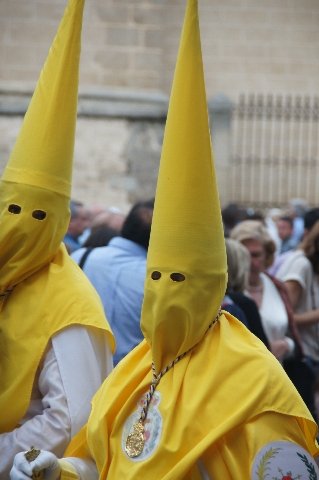 Just about every colour of the rainbow was represented, and we saw them all. I could have reached out and touched them if I’d wanted. And indeed, many of those who were marching passed out candy to the children as they passed by in their tall, conical hats. It reminded me a bit of the Mardi Gras parades in my hometown of Mobile, Alabama. If ever you meet a Mobilian, I guarantee that within five minutes they will tell you that Mobile is the home of Mardi Gras. OK, so really Europe is the home of Mardi Gras, but it’s true that celebrations in Mobile began in 1703 – in other words, 15 years before New Orleans was even founded.

Much like the Badajoz celebrations in comparison with Seville’s, Mardi Gras in Mobile is a much more down-to-earth, family-friendly, dare I say sober affair than New Orleans. And that’s how I like my parades, thank you very much. Sure, if you’re touring the South of the US in late Feb/early March then you should probably check out Mardi Gras in New Orleans, and if you’re touring Spain around Easter then you should probably check out Semana Santa in Seville. But if you have an extra day, my advice is to check out a smaller, lesser-known celebration too. Because when you leave behind all the bells and whistles, all the expensive costumes, the richly carved and decorated pasos (hand-carried floats), what’s left is the beautiful simplicity of a time-honoured tradition of faith and celebration. 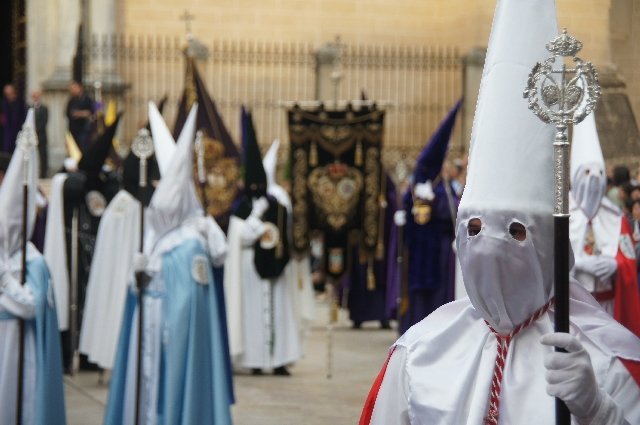 My next lesson in the virtues of simplicity came at dinnertime. After watching the procession for awhile, we grabbed an outdoor table at ABacería San Juan – one of the many cafés and restaurants lining the twisting lanes of the old town. 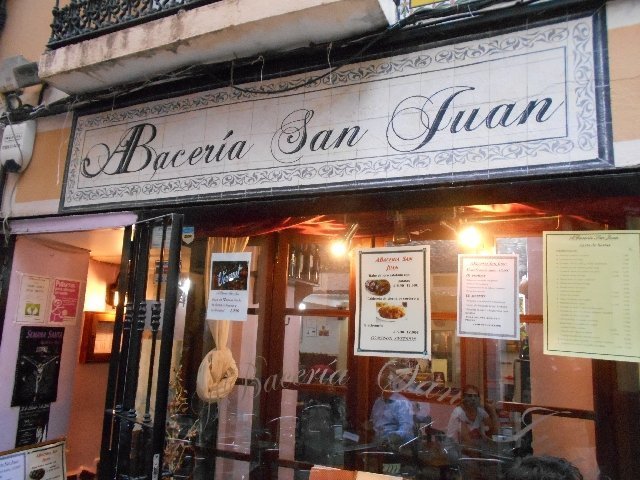 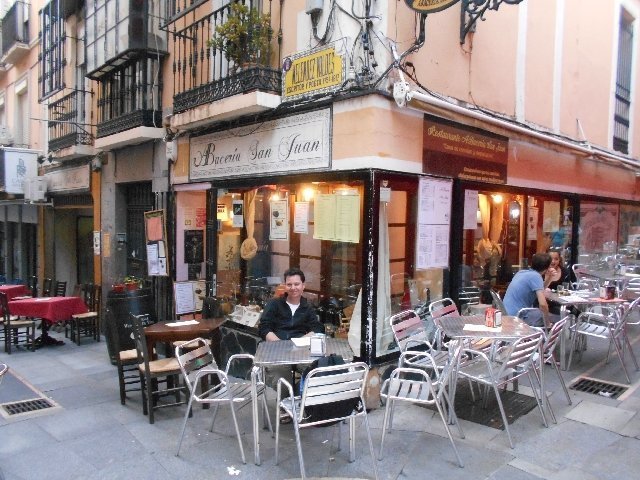 The only vegan dish I could find on the menu was a parrillada de verduras – grilled mixed vegetables. While this is an extremely common dish in Spain – perhaps THE most commonly seen vegan dish – I had ordered it only once during our trip. For some reason I kept saving it as my fallback option for when nothing else was available. After all, it’s just plain vegetables, right? In reality, the two parrilladas I had – this one and the one I ordered when we ate that incredibly romantic dinner on the patio in beautiful Trujillo – were two of the best meals I ate in Spain. Just veggies, yes, but look at them! They don’t need anything else to dress them up; the Earth’s bounty is just perfect on its own. 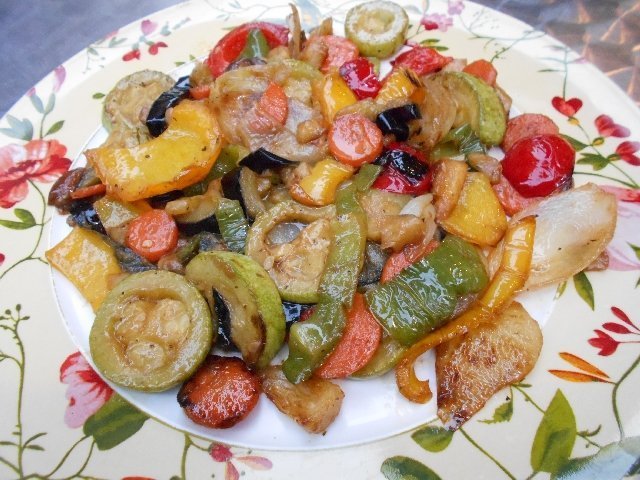 I hope you’ve enjoyed this vegan tour through Extremadura – a relatively unknown corner of Spain. If you’re wondering what’s coming up next, I’ll be posting a vegan guide to Spain that will hopefully be a handy reference for anyone travelling in the country. And then, on to Portugal! I’m really looking forward to sharing with you all the great finds I came across in what I thought was going to be a very difficult country for vegan travellers.