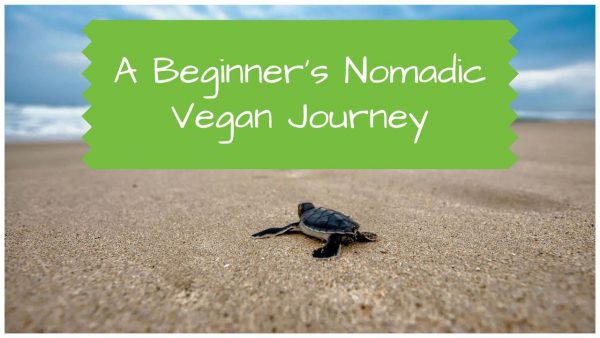 While my wife and I are not complete beginners to the nomadic lifestyle, we are very new to the vegan way of eating.

We started traveling full-time in February 2016 with a Class A RV we named Clyde. 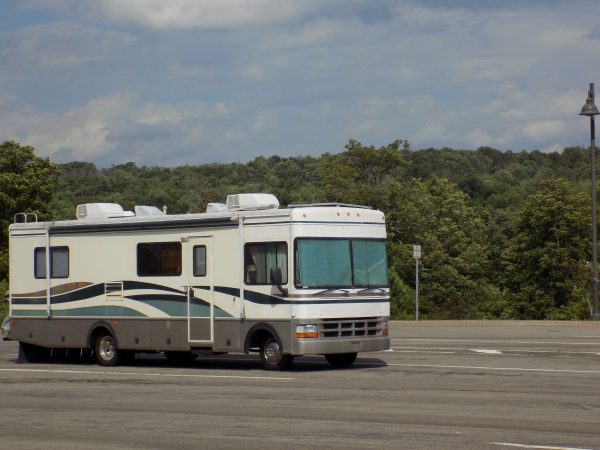 Clyde the RV. Look closely to see a furry occupant peeking out the window!

The journey also included diet changes, but they were always focused solely on losing weight. Becoming vegan was not on our radar back then.

In early November of 2016, our journey hit a roadblock as Clyde (our RV) broke down. We got the RV fixed, but it had other issues shortly after and we decided to sell it. 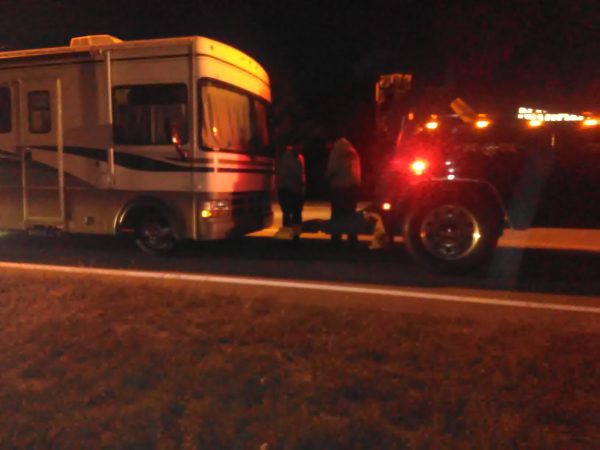 Clyde having a bad day.

This put us into one of the worst places any nomad wants to be - staying in one place.

We were stuck in our hometown in Indiana through the winter — one of the things we were trying to avoid with traveling.

However, the time spent stuck in Indiana allowed us to really look at what we were doing and why.

The OMG Diet became a part of our live (not exactly sure why) and it was successful for a few weeks.

It was only successful at helping us both lose a few pounds, which we promptly gained right back when the holidays rolled around.

I would not recommend this diet to anybody as it's really not a healthy choice, but once again, our only focus was weight loss.

When 2017 began, I made a huge diet change, which was a building block towards where we are today. Starting on January 1st, I gave up all added sugar for good. I am now at over 8 months sugar-free!

We also moved from a hotel to a house with family early in the year to make saving towards our next step easier. Our goals were set and we had a plan.

It was time to execute the plan, but I could have never predicted the twists our path has taken.

Getting Back on the Road Again

It took a total of about six months, after we sold Clyde, for us to get back on the road. We knew an RV wasn't right for us, but we figured that a truck and travel trailer would work perfectly.

We bought our truck in April and our travel trailer in May. We've been back on the road for more than two months now, and it's so nice to be back to traveling. 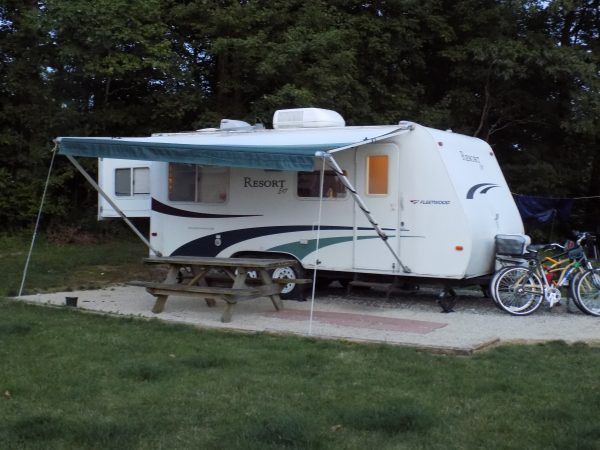 Our new digs. Back on the road again!

We both love the nomadic lifestyle and have been working very hard to build a life around traveling this amazing country of ours.

Our goal is to see all of the lower 48 states and then take a trip up to Alaska before living in Hawaii for a few months.

We have also talked about possibly living on a boat in the future and island hopping. I am sure Europe will be a part of our plans at some point, too.

The Journey Towards Becoming Vegan

May of 2017 was a huge turning point for us. Not only did we get our travel trailer and get back on the road, but we also started making significant diet changes.

For me, it started with T﻿﻿﻿he Food Babe Way by Vani Hari. I read it cover to cover in about three days, and we went grocery shopping shortly after to start cutting back on meat and eating more plant foods.

However, this was just the very beginning.

At the same time, my wife decided she really wanted to get the book How Not to Die by Michael Greger. She had wanted the book for more than a year, and finally we got it.

She hasn't picked it up yet, but I have read about half of it and was convinced!

Through June, we didn't eat as well as we would have liked. With losing a family member and getting back to traveling, I think the stress was just too overwhelming for our willpower.

However, when July hit, I went fully pescatarian and my wife was starting to find documentaries on Netflix she wanted us to watch together.

It only took about two weeks of the pescatarian diet — which I have practiced in the past — and about three hours of documentaries for me to realize that becoming vegan was something I had to do. It was no longer about just weight loss or health.

It was about something bigger and something far more important.

I think in the month of July we must have watched a dozen documentaries about the plant-based diet, becoming vegan, how animals are slaughtered and similar subjects.

It convinced us both, and we actually did a smoothie fast (five days for my wife and seven days for me) before starting a fully vegan diet.

Some of the documentaries we watched, which have had a profound effect on our lives and diet include:

There are probably many more and a number of others on our Netflix list, but these were the ones that really caused us to make major dietary changes and start on the path to becoming vegan.

We are complete beginners to eating a vegan diet, and it's rather interesting to look back and realize how the two of us got here.

For my wife, it was the documentaries and her love for animals, along with the overwhelming evidence of the health benefits.

A few diseases mentioned in the How Not to Die book by Michael Greger and in some of the documentaries we watched run in her family, so that hit home pretty strongly.

My reasons for becoming vegan are not just health related, although that's a big one. Watching my parents try to lose weight and get healthy all their lives with very little success has been a huge motivator.

In addition, I love animals, and we are both Christians.

After watching the documentaries that we have, it's hard to see how you cannot change if you have a love for animals and compassion for living creatures.

Our vegan journey is just getting started, but we are in it for good.

In fact, after our fast, we had a little left-over bacon I cooked up because we also don't believe in wasting anything if we can help it. My wife was very much turned off by it, and the dogs ended up eating most of it.

Being Vegan and Traveling

While becoming vegan is rather new for us, we have already noticed some significant changes in the way we travel.

When we used to hit the road, a stop at some fast food joint was inevitable, but now, we pack a cooler with snacks and lunch to ensure we don’t get tempted.

Need some more self-catering ideas? Here's a plant-based grocery list for travelers and some easy vegan meals you can make on a camping stove.

In addition, we are choosing our restaurants ahead of time and very carefully.

We have quickly learned that “vegan-friendly” could mean a restaurant only has one vegan dish, and it's not something we are interested in.

As we travel more, we hope to discover great places with excellent vegan meals for us to enjoy. Right now, we are doing the best we can and making sure those serving us understand we don’t eat meat or dairy.

We are fully committed to becoming a part of the vegan world and cannot wait to dive in deeper.

Our story, while it's really just beginning, will hopefully inspire others to start cutting meat and dairy from their diets.