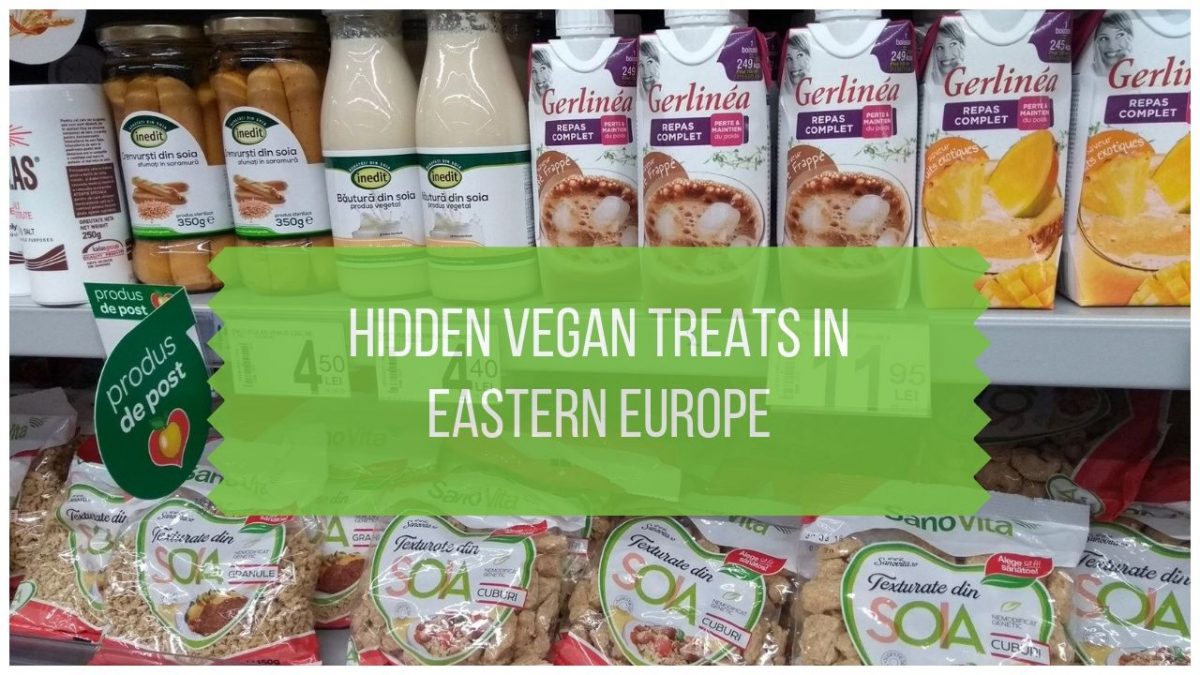 Who could’ve predicted there’d come a time when I’d be grateful not just for religion but for Communism as well? That’s ‘accidentally vegan’ Eastern Europe for you!

While travelling in the region, I discovered that followers of the main religion, Orthodox Christianity, abstain from animal products during Lent.

In addition to the 40 days leading up to Easter, some people also abstain for a period in May/June, and for the first 14 days of August, and from 15 November to 24 December, and all year round on Wednesdays and Fridays.

To cater for this, restaurants adopt “Lenten menus” (постное меню in Russian), and the more conscientious supermarkets and manufacturers label their “fasting foods” as “produse de post/постное пост”. 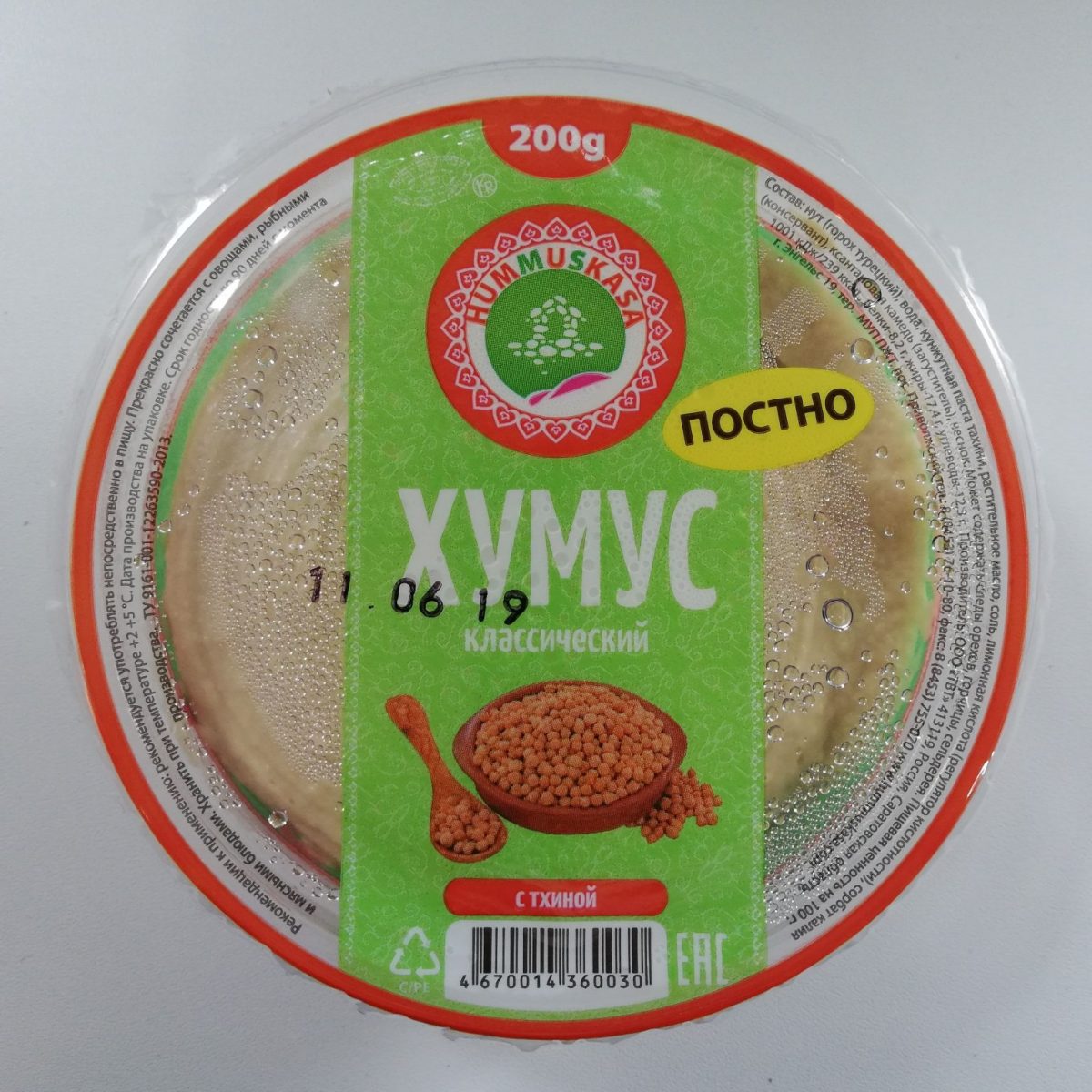 Don’t expect to find vegan junk food on fasting menus, though. Religious fasting is meant to be a sacrifice, so the focus is on simple, healthy foods.

Fasting menus offer a great opportunity to taste some of the homecooked, naturally plant-based dishes that are part of the local cuisine but are not normally served in restaurants. In addition, some chefs will veganize classic Eastern European recipes that normally call for animal products.

Read more about Orthodox fasting and veganism in Greece and Serbia

Year round, the bigger supermarkets stock soy and almond milk, hummus, flavoured tofu and dehydrated soy meat, also known as textured vegetable protein (TVP). Tip: If you find the latter, stock up on a few packets.

A traveler’s best friend, it’s cheap (supermarkets in Romania sell it for $1), lightweight, non-perishable and exceptionally high in protein, and all you need to prepare it is a microwave or kettle.

Most of the amazing vegan products Eastern Europe has on offer, however, aren’t labeled as such. Many originated during the Communist era, when costs were kept to a minimum and shortages led to substitutions of expensive animal products with cheaper, vegetable-based ingredients.

Of course, there are still plenty of dishes in Eastern European cuisine that feature sour cream, cheese, beef and other animal products. But nowadays, you can also find vegan versions of these Eastern European foods.

In Budapest, for example, several restaurants serve meat-free versions of Hungarian goulash. Stuffed cabbage is another classic Eastern European recipe that often comes in both vegan and non-vegan versions.

Self-Catering as a Vegan in Eastern Europe 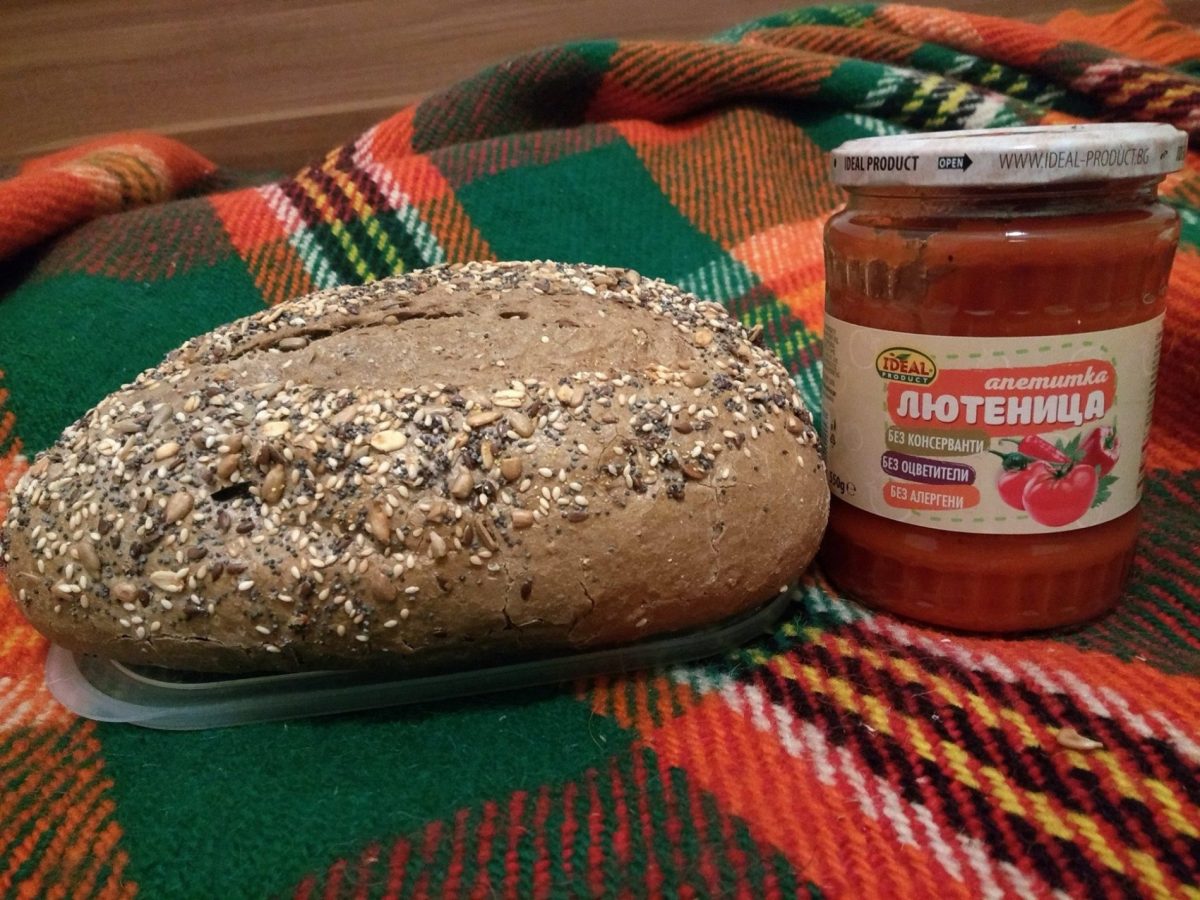 Bread and lutenica, a popular spread in Bulgaria

When traveling, I prefer to self-cater most of my meals rather than eating out. So I won’t be reviewing any restaurants in this article, even though there are quite a few vegan, vegetarian and veg-friendly restaurants throughout Eastern Europe.

Instead, I’ll be sharing some of my favorite vegan products I’ve come across, both in specialty vegan or health food stores and in mainstream Eastern European grocery stores.

And, for all my fellow chocolate lovers, I’ve included the chocolate brands in each country that produce vegan chocolate. I’m not just talking about plain dark chocolate bars, either. 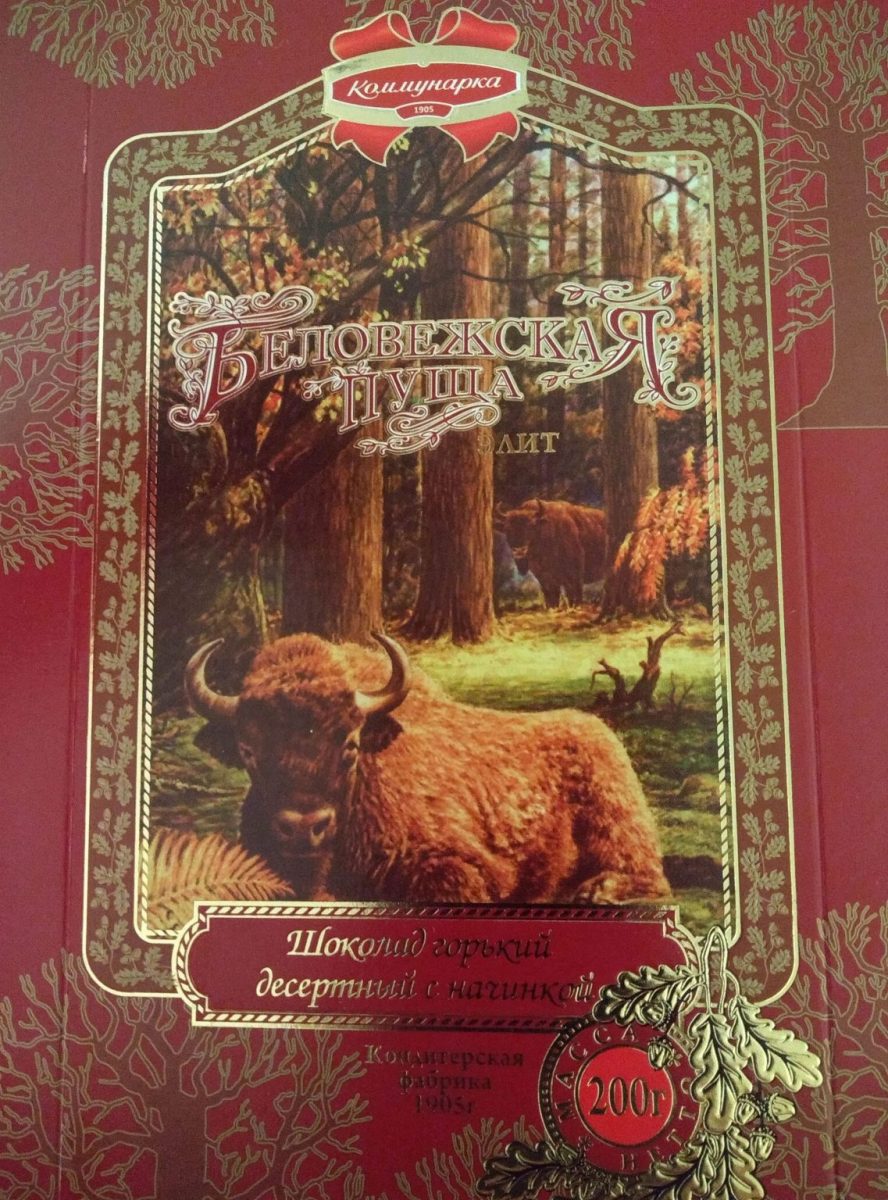 In Eastern Europe, you will find not only plain chocolate that’s vegan but also exotic varieties such as ginger, goji berry, and blueberry. The choice of chocolate is so much better than I have in Australia and at such good prices! 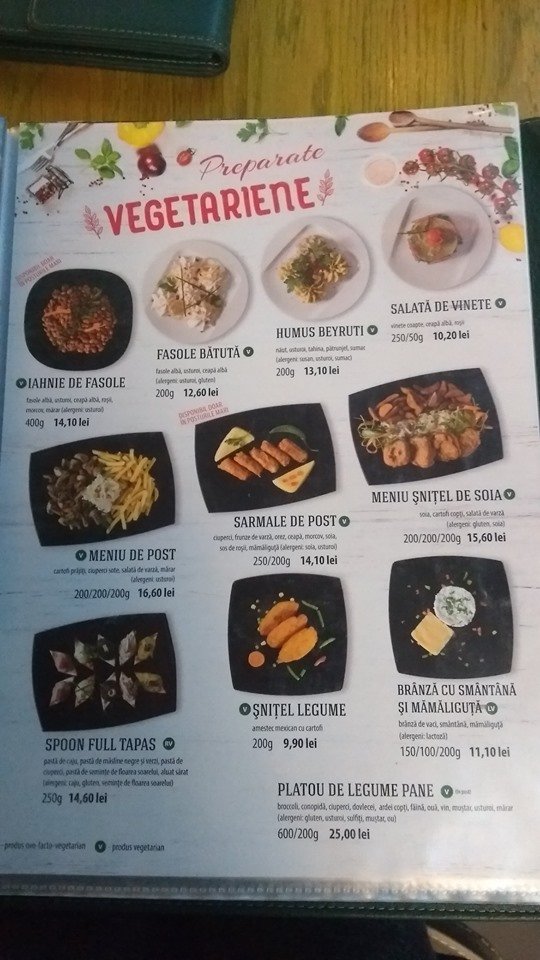 The national dish of Romania and Moldova is mamaliga. This is polenta shaped into a cake and served sliced with roasted vegetables like red bell peppers, tomatoes, onions, eggplant and zucchini, or dipped into bean soup, another traditional food. 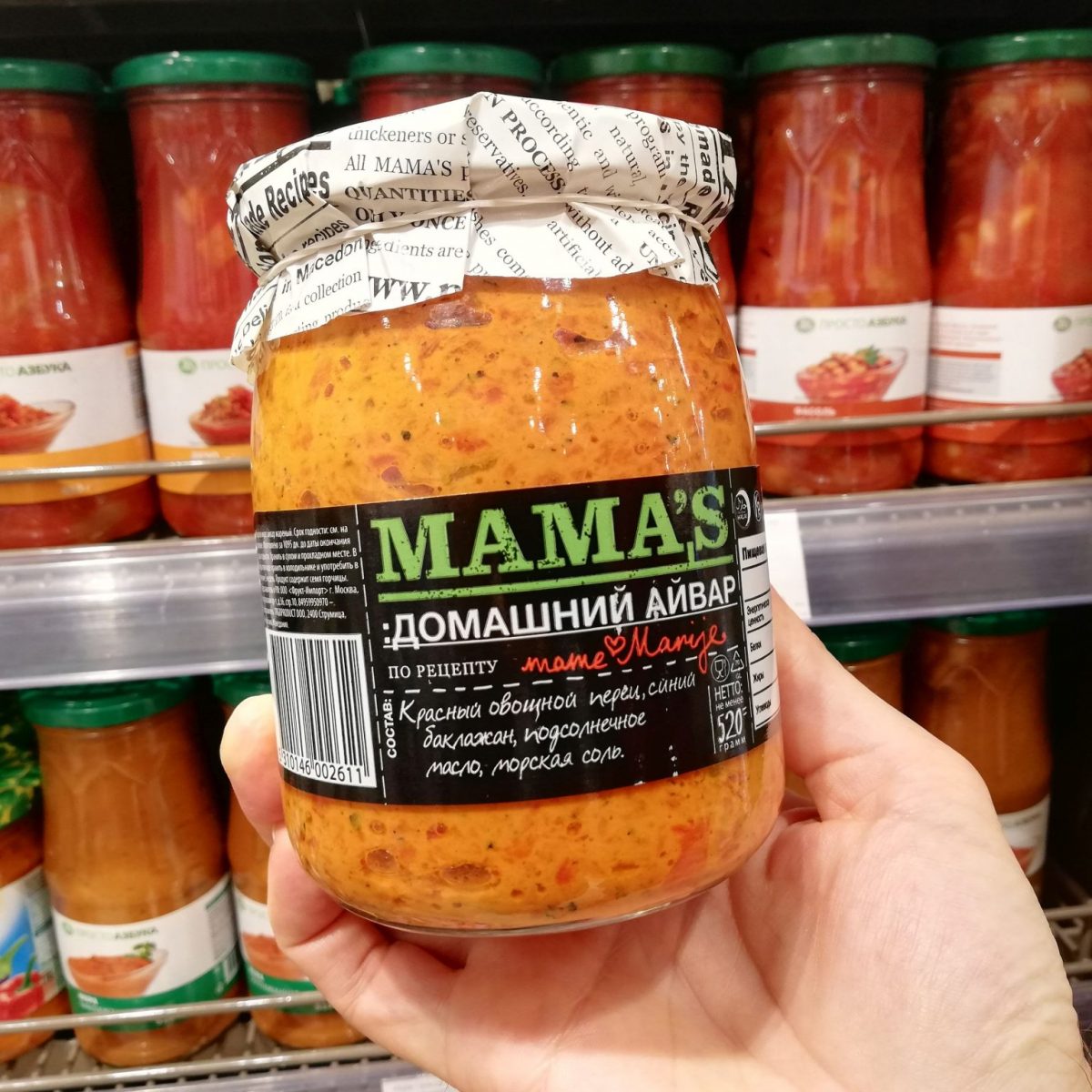 Open a jar of ajvar, pinxhur or lutenica – all traditional roast vegetable spreads – and spread on freshly baked bread or use to flavour canned beans or soy meat.

Packets of crunchy bread rings called ‘sushki’ are common to Eastern Europe, but only in Moldova have I found the wholemeal ones! Nr1 Supermarket stocks flavoured tofu, soy cereal flakes, chia seeds, and Alpro soy/almond milk. Its bakery also sells the most delicious pumpkin seed and dark breads. 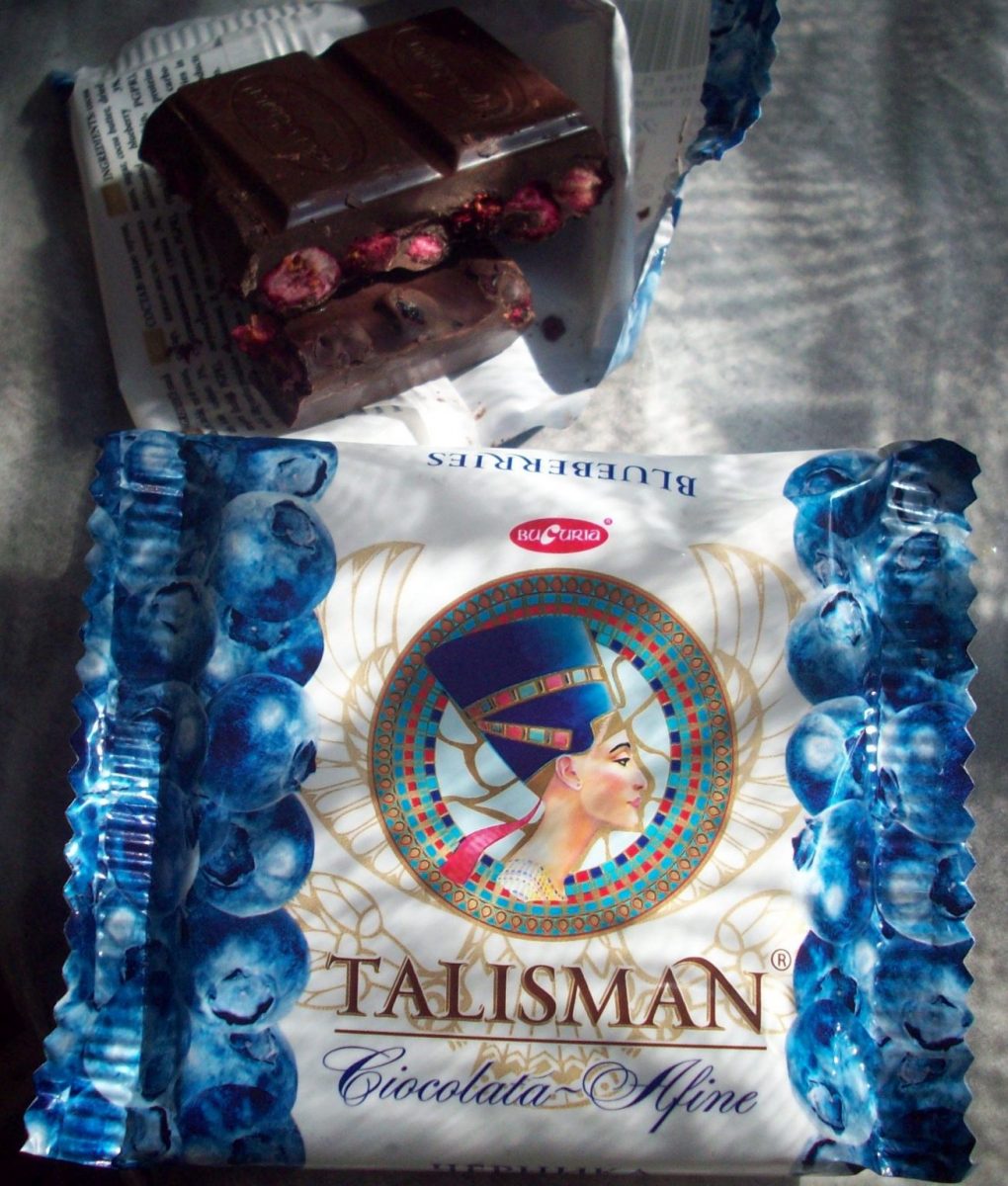 One of many different types of vegan chocolate available in Moldova

Plus, every other Eastern European brand of chocolate seems to be available here too! 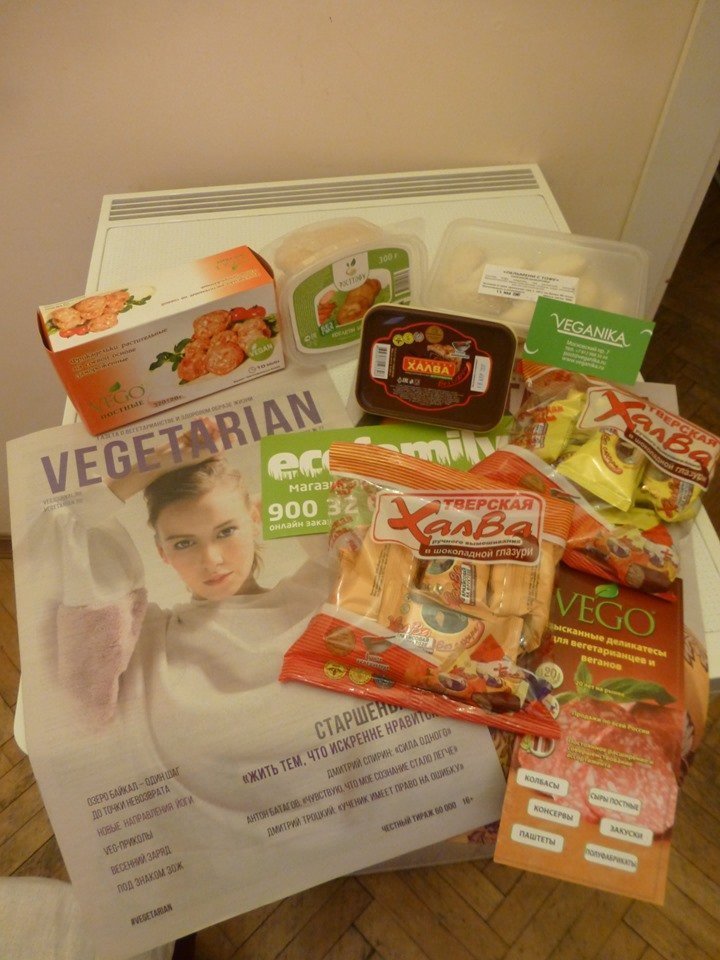 A must-try is the Communist-era favourite known as eggplant ikra (икра баклажанная). The name means ‘eggplant caviar’, and it’s supposed to mimic the taste of fish eggs. The eggplant kind is found in jars in the shelf-stable section, though, not in the refrigerated section like the fish-based kind.

‘Ecotopia’, which has locations in Moscow and St Petersburg, Moscow’s ‘Happy Vegan’ and St Petersburg’s ‘Veganika,’ ‘Vegan Bunker,’ and ‘B12’ stores all stock the ‘Veganhoff’ brand soy hotdogs, sausages and luncheon meats.

Read More: Things You NEED to Know Before Traveling in Russia 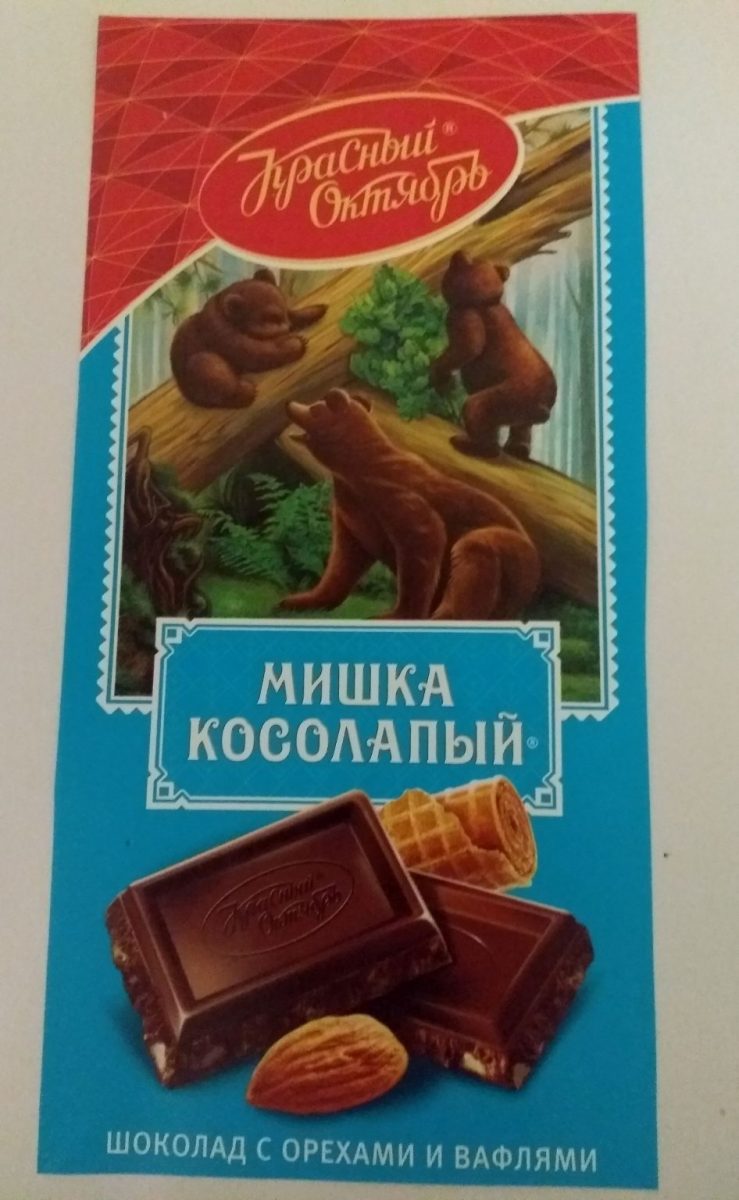 Бабаевский brand has dark chocolate blocks of various percentages that are vegan, including one with raisins. Its standout, however, is a pack of hazelnut pralines in green wrappers with squirrels on them.

Красный Октябрь brand similarly comes in praline and, along with its blocks of chocolate, is wrapped in turquoise packaging that features a mother bear and her babies.

Read More: An Interview with a Vegan in Russia 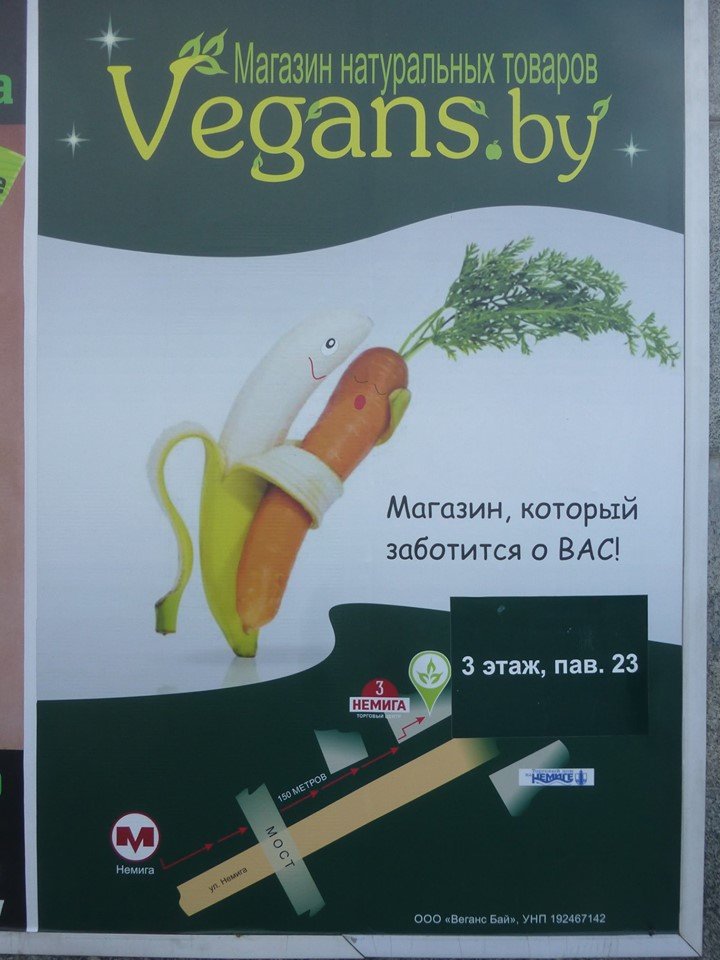 Sparmak brand 90%, 85% and 68% cocoa bars are vegan, as are their aerated, sugar-free and ‘fondant chocolate filling’ bars.

Kommunarka brand 85% and 56% cocoa bars are vegan, along with their sugar-free bar and their gin-flavoured fondant bar wrapped in a picture of a bison!

Vegan Food in the Czech Republic

Vegan Products in the Czech Republic

Vegan Chocolate in the Czech Republic

Read more about the vegan restaurants in Brno and Olomouc. See also these top things to do in Brno. 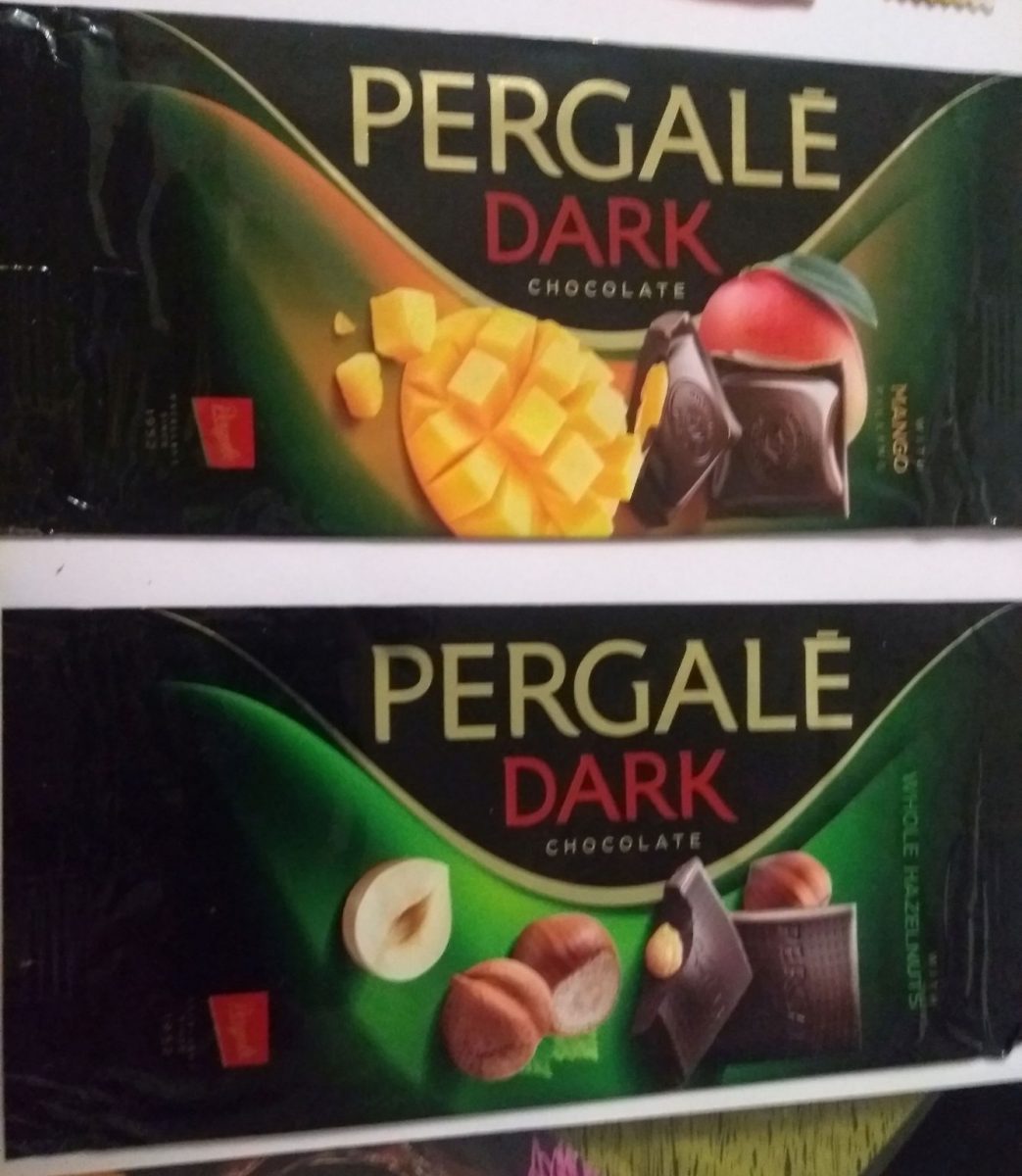 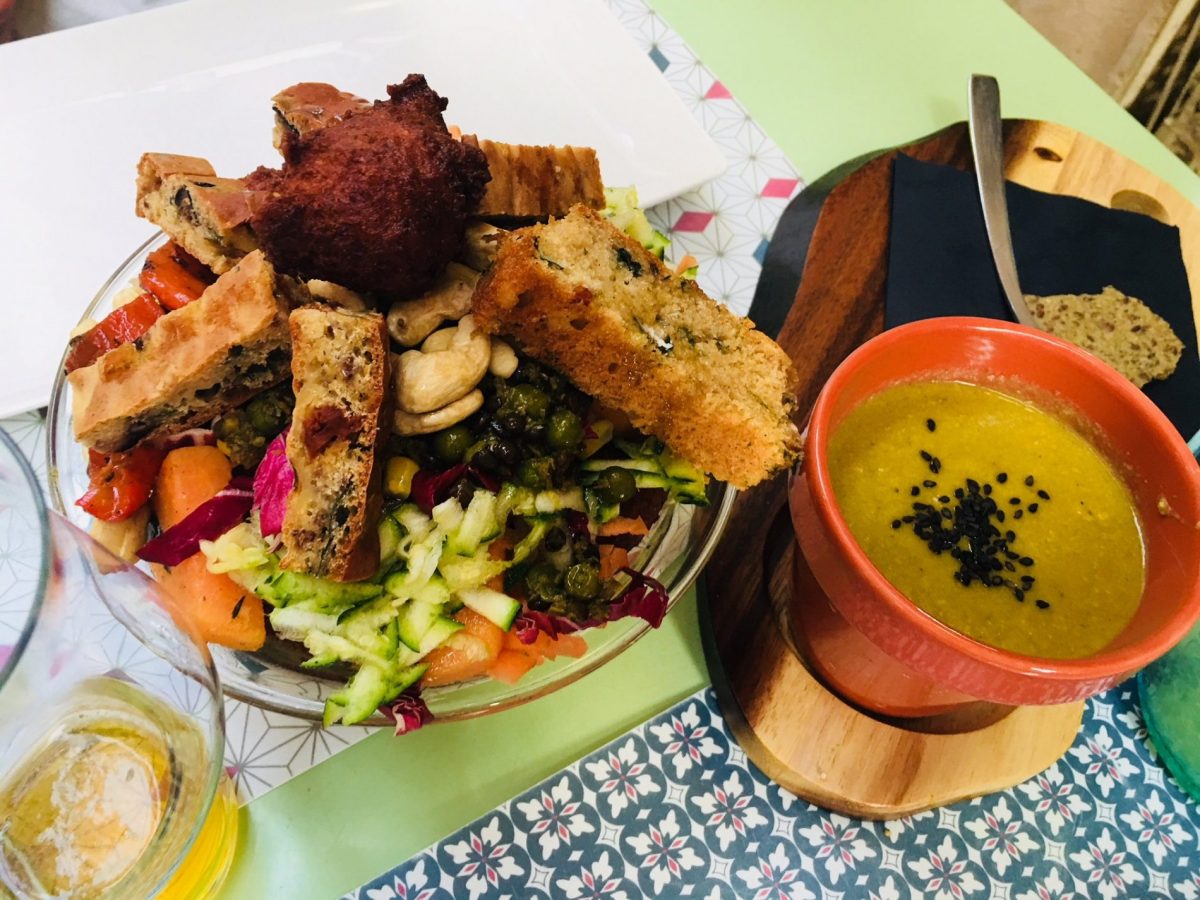 A vegan meal at Nishta vegetarian restaurant in Dubrovnik, Croatia

Roasted chickpeas and ajvar, pinxhur and lutenica are widely available.

Read More: Traveling as a Vegan in Croatia 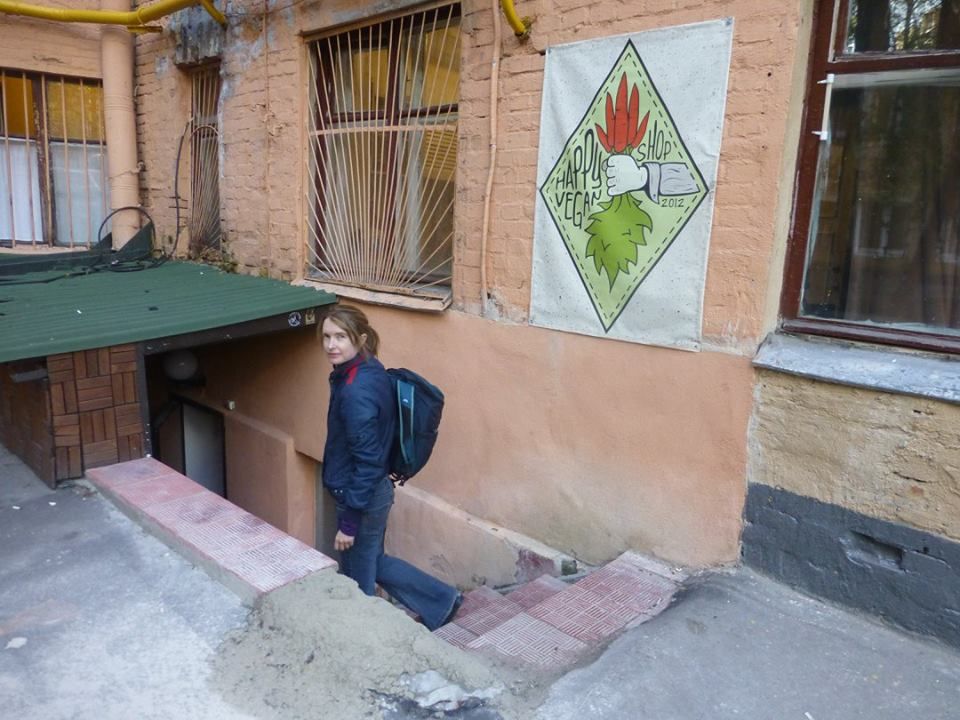 The entrance to Happy Vegan, an underground vegan store in Moscow.

Most Eastern European cities now have specifically vegan supermarket aisles, vegan restaurants and even homegrown vegan brands and grocery stores. My favourite stores are ‘The Happy Vegan’ in Moscow and ‘Veganiki’ in St Petersburg.

Both are incredibly underground, located within Communist-era apartment complexes and stocked with all sorts of exciting Russian-brand vegan products that you just can’t get anywhere else.

Over the course of my stay in Russia, I bought hot dogs, schnitzels, meatballs in tomato sauce, and luncheon meat, all of which tasted delicious.

The real cultural experience, however, was getting to try the readymade frozen pelmeni (Russian dumplings). I’m so glad that microwaves are a standard feature at cheap Russian hotels!

My final purchase was a bag and t-shirt. Both have the slogan ‘Animals are not ours to eat, wear, experiment on or use for entertainment’ written across the front in Russian, accompanied by illustrations communicating the same idea. 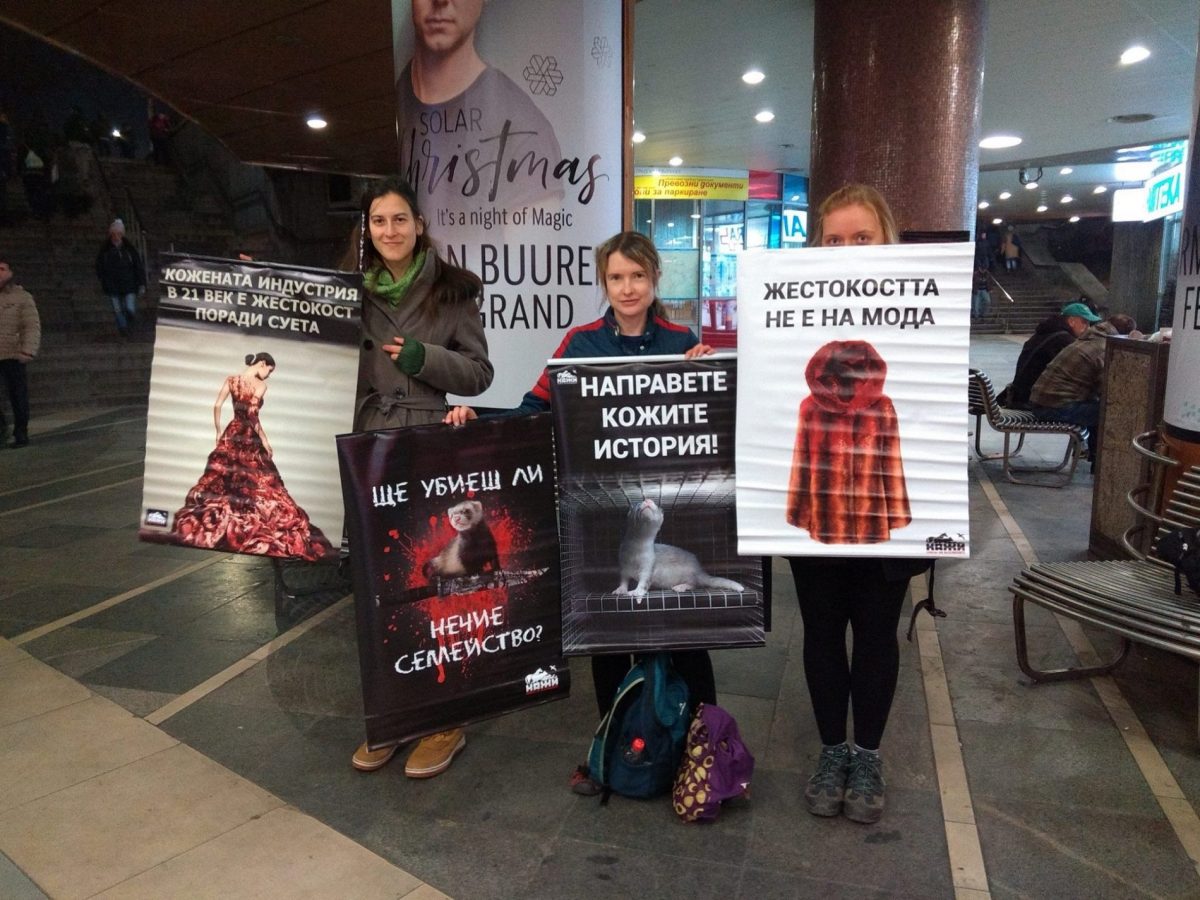 Joining in on an anti-fur protest in Sofia, Bulgaria

I even got in some animal rights activism during my travels! One evening, on the way back to my hostel in Sofia, Bulgaria, I bumped into a group of anti-fur protesters.

Now, I can’t remember whether they invited me to join them or I invited myself, but somehow I wound up holding a placard with them. Well, what a worthy cause to be part of.

I learned that, while fur farms have progressively been banned in Europe (starting with the UK in 2000), Bulgaria had the gall to open a new one in 2015!

The protesters and I got along well and chatted about all manner of things, including the animal rights situation in Australia.

Talk about a small world – one of them recalled an outrageous Australian ad from a year or two prior aligning meat-eating with Australia’s national day and labelling vegans as ‘un-Australian’!

The ad exploited a traditional association. Fortunately, however, it’s one that really doesn’t hold up in Australia today. Just as the stereotype of vegan unfriendly Eastern Europe doesn’t either – for all the reasons mentioned here! Go and enjoy! 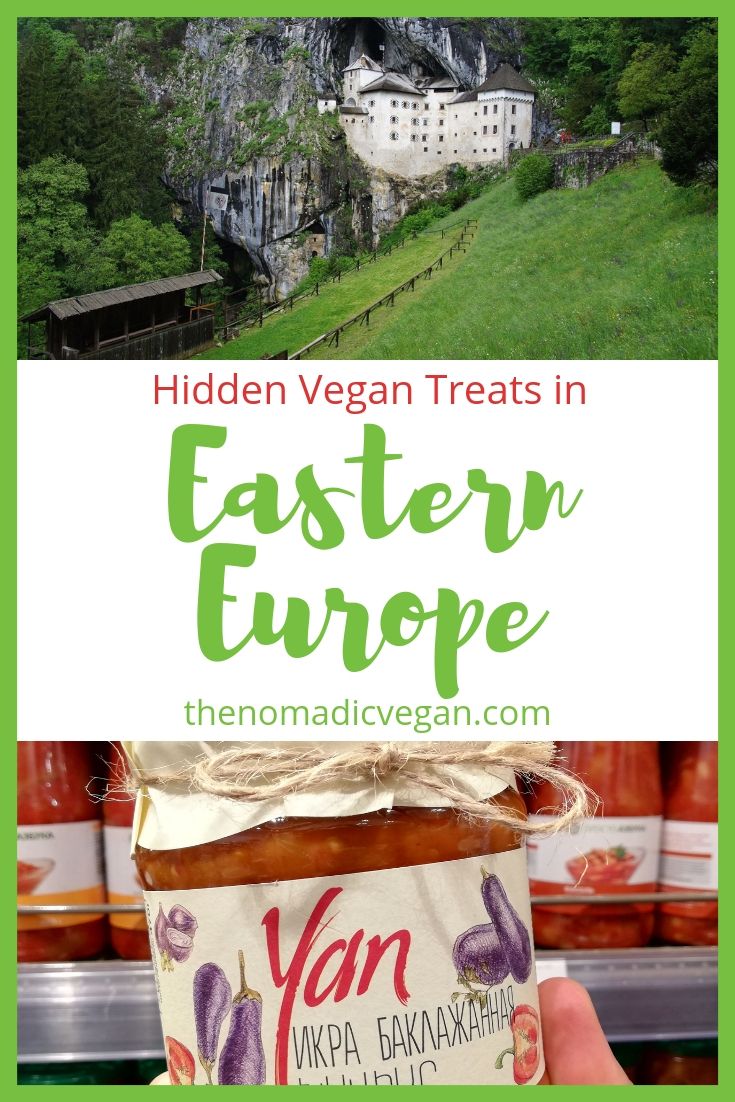 Angela is a Melbourne-based librarian and history graduate fascinated with Eastern Europe and different cultures and histories in general. Every few years it’s time for her to take off to Europe for another lengthy adventure! 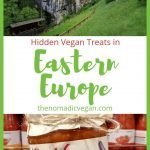