Home Travel Africa How to Get Free Vegan Recipes from Around the World (And More!)

How to Get Free Vegan Recipes from Around the World (And More!) 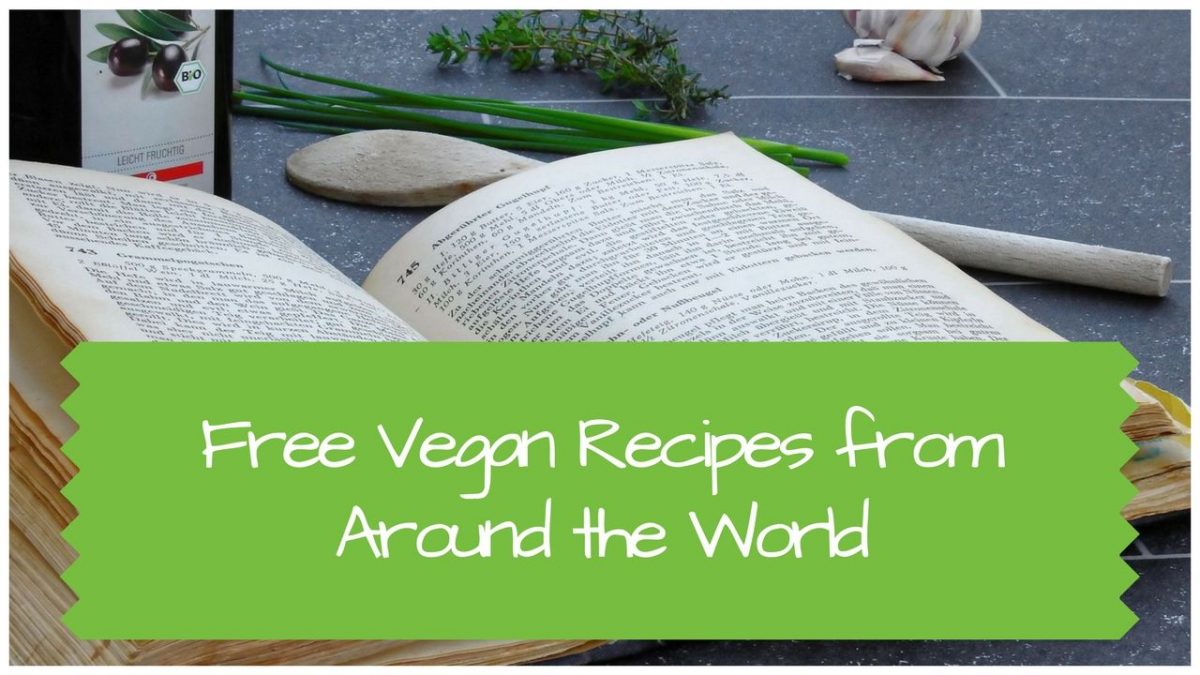 UPDATE: The pre-order period for my book Veggie Planet is over, which means that the pre-order bonuses described in this article are no longer available.

But don't worry! I'm offering a whole new package of bonuses to ALL readers of Veggie Planet, even if you missed the pre-order cutoff.​ Click the button below to read about the bonuses on Amazon.

For the past several months, I’ve been working on a project that I’m quite proud of and have been dying to share with you. And now the day has finally arrived.

I’ve just written my first full-length book. It’s called Veggie Planet. As you may know, last year I published my first ebook, 9 Steps for Easy Vegan Travel, in collaboration with HappyCow. If you don’t already have a copy of that one, you can download it for free right here.

And while I’m proud of the 9 Steps book too, Veggie Planet is different. Firstly, it’s more than 250 pages long. Secondly, it will eventually be available as both an ebook and a paperback. And thirdly, it’s the culmination of many hours of research carried out over the past two and a half years. 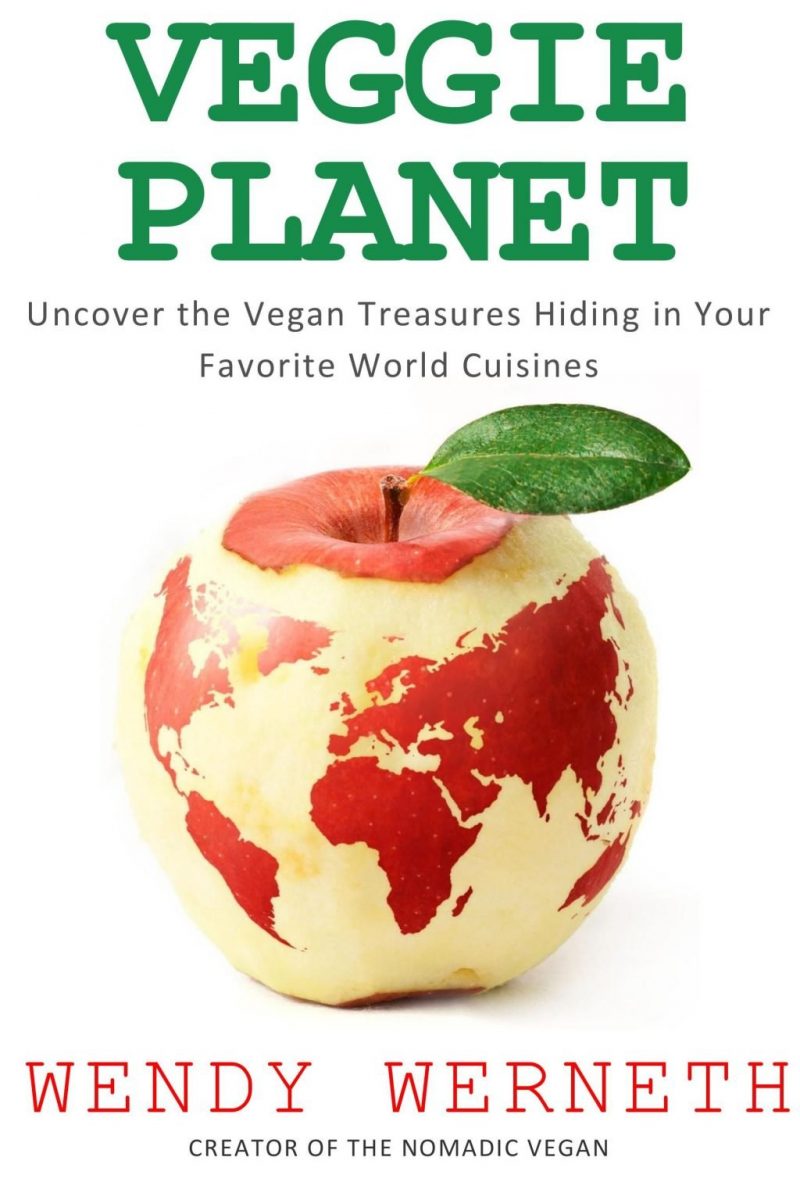 Veggie Planet highlights the many vegan dishes in 11 of the world’s most popular cuisines and shows just how vegan-friendly these cuisines really are.

It’s an invaluable resource not just for vegan travelers, but for anyone looking for a healthy, delicious meal while eating out. Even if they’re eating out at a local restaurant in their own hometown!

The book hasn’t been officially released yet, but you can pre-order the digital version now on Amazon, and it will be automatically delivered to you on the official release date of July 21st, 2017.

And I recommend ordering now, because I’m offering some pretty awesome bonuses to people who pre-order before July 21st. To gain access to the bonuses, all you have to do is:

1. Pre-order Veggie Planet on Amazon (Amazon.com if you’re in the US, or your own country’s version of Amazon if you live elsewhere).

2. Forward your receipt or Amazon order confirmation number to: veggieplanet[at]thenomadicvegan[dot]com.

3. Check your inbox for a link to instantly access your bonuses.

That’s it! Pretty easy, right? You can pre-order your book right here, and once you submit your receipt I’ll take care of the rest.

As your reward for taking action early, you’ll receive:

Bonus #1: Pack of free vegan recipes from around the world

I’ve shared an advance copy of Veggie Planet with a few dozen Nomadic Vegan fans and supporters, as well as some of my fellow vegan authors, bloggers and changemakers.

And they are loving it! You can see what they’ve said about Veggie Planet in the editorial reviews section of the b﻿﻿ook’s Amazon page.

When I asked them how I could make the book even better, one thing that people kept asking for was recipes. They got so hungry while reading about all the mouthwatering dishes described in the book, and they wanted to be able to cook them right then and there. Makes sense, right?

And so, I’ve teamed up with recipe creators from around the globe to create Bonus #1: The Veggie Planet Recipe Pack.

The pack includes authentic recipes from each chapter of the book, with easy to follow, step-by-step instructions so you can enjoy these international flavors without ever leaving your home.

Bonus #2: Extra chapter showcasing a twelfth world cuisine not covered in the book

In order to make this vegan guide to world cuisines as useful and practical as possible, in the book I focus on 11 of the most popular and most widely available cuisines.

But there are so many more cuisines that also include an amazing array of vegan dishes! It seemed like such a shame to leave them out.

And so, I’ve partnered with Karyn Jane of The Lost Lemurian to create Bonus #2: an extra chapter on a surprise twelfth cuisine!

This cuisine is one of my all-time favorites. The country it hails from is quite a cultural melting pot, so it’s actually a fusion of several different cuisines, including some of the ones covered in Veggie Planet.

Bonus #3: Sneak peek at a chapter of my next book, Italy for Veggie Lovers

I have so much to share about vegan food around the world that it was really difficult to condense it all into one book.

Not only did I struggle to limit myself to just 11 cuisines (plus the surprise twelfth cuisine in Bonus #2), another problem I ran into was that I could easily have written a whole book about each one of those 11 cuisines!

And in fact, I’ve already started doing just that.

If you’ve read my blog posts or follow me on Facebook or Instagram, you may know that Italy is my favorite country in the world. My husband and I met there back in 2001, and years later we returned there to get married. We still try to return as often as we can.

And so, after writing the Veggie Planet chapter on Italy, I found that I still had soooo much to say about all the delicious vegan food there.

That’s why I’m writing another book all about vegan food in Italy! When you pre-order Veggie Planet, you’ll get a sneak peek chapter of my upcoming book, Italy for Veggie Lovers.

There’s nothing I love more than hearing from readers. It means the world to me when someone writes an email to say that they were worried about traveling as a vegan and that one of my articles had reassured them that they weren’t going to starve after all.

I read and respond to every question I receive. And when I’m able, I even reply with detailed recommendations about vegan food in specific destinations.

But email has its limitations, and so often I wish that I could just sit down and chat with you face to face.

Which is exactly what I’ll be doing with everyone who pre-orders Veggie Planet! Shortly after the release date, I will hold a live, online event where we’ll be able to get to know each other better, and you can ask me anything you like.

Get Your Bonuses Now!

So to sum up, if you pre-order the book before July 21st, 2017 you will receive the following four bonuses:

Just a reminder, to claim your bonuses all you have to do is:

2. Forward your receipt or Amazon order confirmation number to: veggieplanet[at]thenomadicvegan[dot]com.

3. Check your inbox for a link to collect your bonuses!

That’s it! I’ve been waiting for ages to get this book out into the world, and I'm so excited for you to finally get your hands on it. The world is so much more vegan-friendly than you think, and I want you to enjoy all the delicious vegan treasures that your favorite cuisines have to offer!

If you’ve benefited from my blog posts or other writing in any way, I would appreciate your support in picking up a copy of Veggie Planet and helping me get the word out. Thank you!

Note: These bonuses will go away completely on July 21st, and I have no plans to make them available again. Grab a copy of the book before then so that you don't miss out.