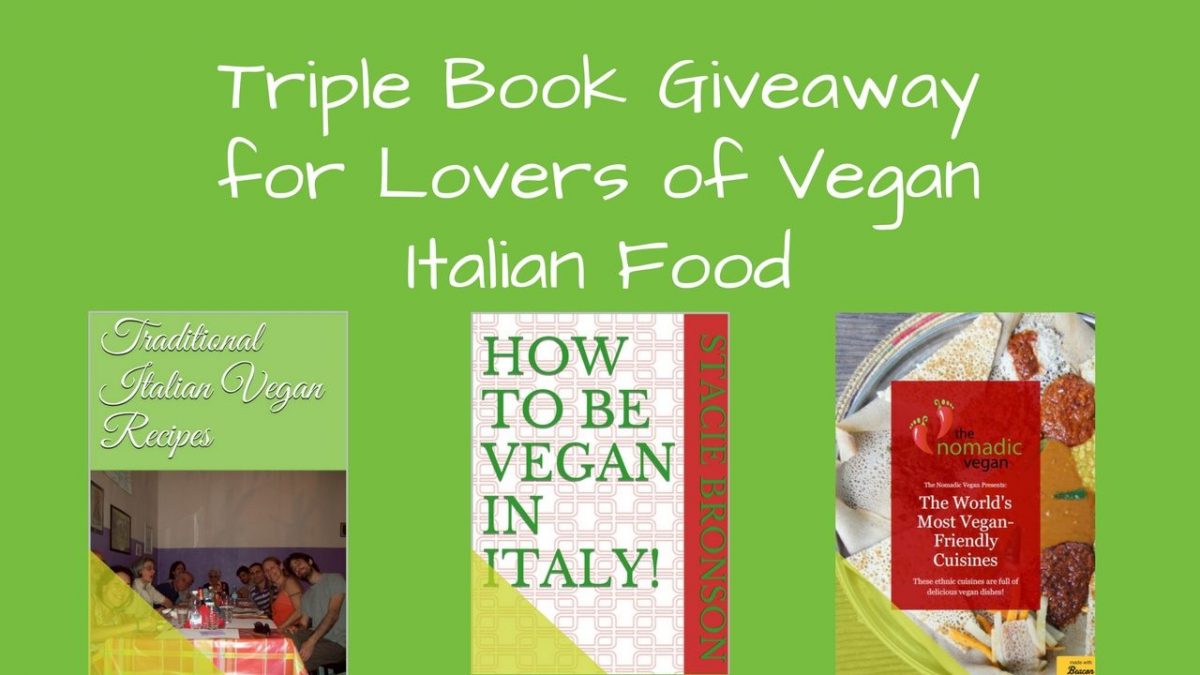 In a hurry? To enter the giveaway, just scroll down to the bottom of this post or click on this link.

I’m excited to introduce you today to Stacie Bronson, the co-creator of the VegItaly Guide website and the author of the brand-new book, Traditional Italian Vegan Recipes.

I was super stoked when I discovered Stacie’s book, because I could tell immediately that Stacie and I take a very similar approach when it comes to researching vegan food.

There are plenty of recipe books and sites out there that have adapted non-vegan recipes and created veganized versions of them, and that’s great. There’s definitely a place for that.

Lord knows, when I was first toying with the idea of maybe becoming vegan, I was thrilled to discover that someone had created a recipe for a vegan Butterfinger bar.

And if they have the recipe and can make the dish themselves when they get back home, that’s even better!

Well, that’s exactly what Stacie has given readers of her book, Traditional Italian Vegan Recipes. She has researched the local cuisine in each of Italy’s 20 regions and chosen naturally vegan Italian dishes that don't require any adaptation.

Stacie and I chatted for a while about how the book came about. It went something like this:

What inspired you to write a book of Italian recipes, and what kind of connection do you have with the country of Italy?

Stacie: Italy has a lot to offer and is a beautiful country to visit! There is so much to offer, that one could easily spend months, if not years, traveling the country just to see all the culture, history and landmarks there are.

I have been coming here for a long time and I also met my husband here, so I have lots of reasons to write about Italy! I have lived here for two years and I am currently still living here part time.

Why did you choose to focus only on traditional recipes that are naturally vegan, instead of adapting non-vegan recipes to make them vegan?

Stacie: I have been adapting many recipes to vegan versions, in fact, I have many recipes I am currently working on for a another book. In the meantime, I wanted to give readers an idea of what they might find in Italy that they would be able to eat without worrying about the ingredients and also wanted to keep the traditional Italian roots as much as possible.

How did you go about researching the book and finding the recipes?

Stacie: I researched many Italian websites and spoke with local people about what kind of recipes were traditional in the area. Some websites were actually in dialect, so had to do double research to find out what the ingredients were!

You have organized the recipes by region. Did you find that some regions have many more naturally vegan dishes than others?

Stacie: Definitely. Many of the mountainous regions were more difficult, especially since most of the people that live there are farmers and raise their own animals.

In Val'd Aosta it was difficult to find naturally vegan dishes.

From what you've seen, is the vegan movement growing in Italy?

Stacie: Most definitely. Italy is number three in the world right now for veganism, after India and the UK. Since Italians are already pretty food savvy, they are catching on to veganism very rapidly. Vegan wineries, vegan pizzerias, small coffee shops and even vegan fast food places are popping up everywhere.

What's your favorite recipe from the book?

Stacie: My husband may make fun of me (in Italian) if I say this, but I would have to say any of the desserts, the dolci.     🙂

UPDATE May 2020: This giveaway has now ended.

Stacie has agreed to give away a copy of her ebook, Traditional Italian Vegan Recipes, to one lucky Nomadic Vegan reader. But that’s not all! The winner will also receive a copy of Stacie’s other ebook, How to Be Vegan in Italy.

And I’m also giving away a copy of my own ebook, The World’s Most Vegan-Friendly Cuisines. Unless you’ve checked out the Nomadic Vegan Patreon page, you probably haven’t heard me mention this book before.

Currently, it’s not for sale anywhere. The only people who have access to it are my patrons who support my work on Patreon.

I’m working on an expanded version of the book and will be releasing that later this year, with a different title (more news to come about that a bit later). But you can get a sneak peek now if you win the giveaway! I can tell you this much about it: Italian cuisine is most definitely one of the cuisines featured in the book.

So to recap, here’s what you’ll receive as the winner of the giveaway: 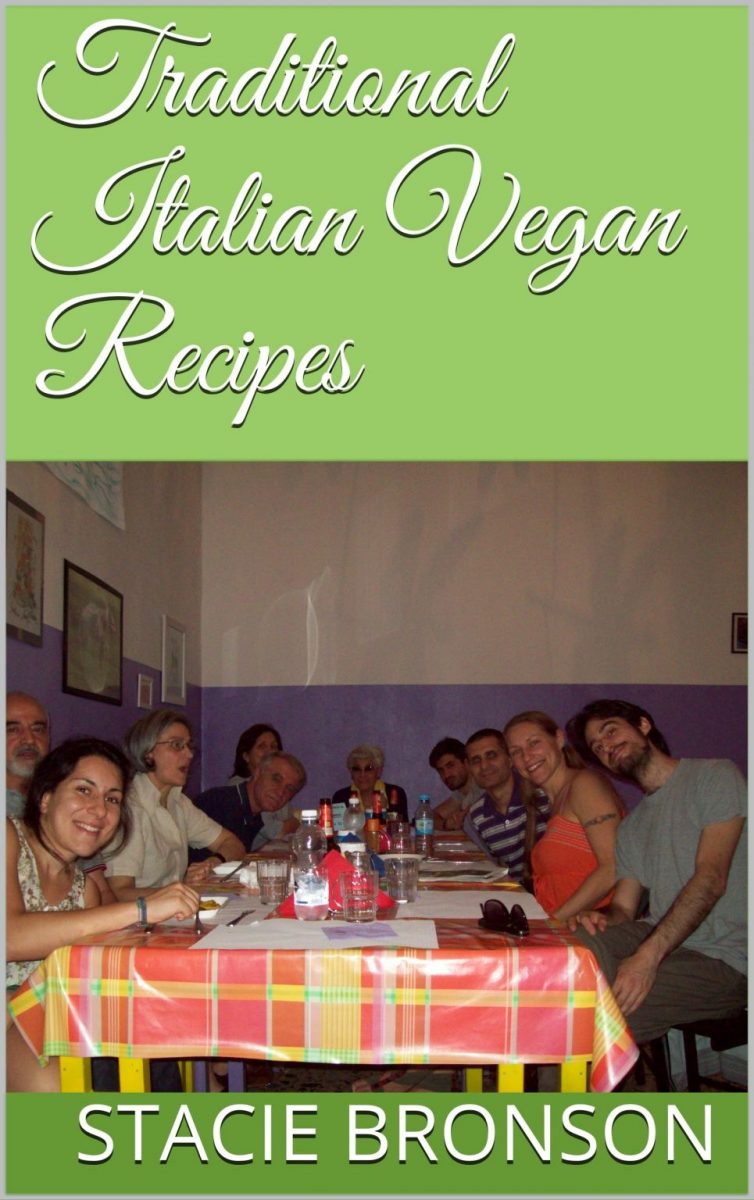 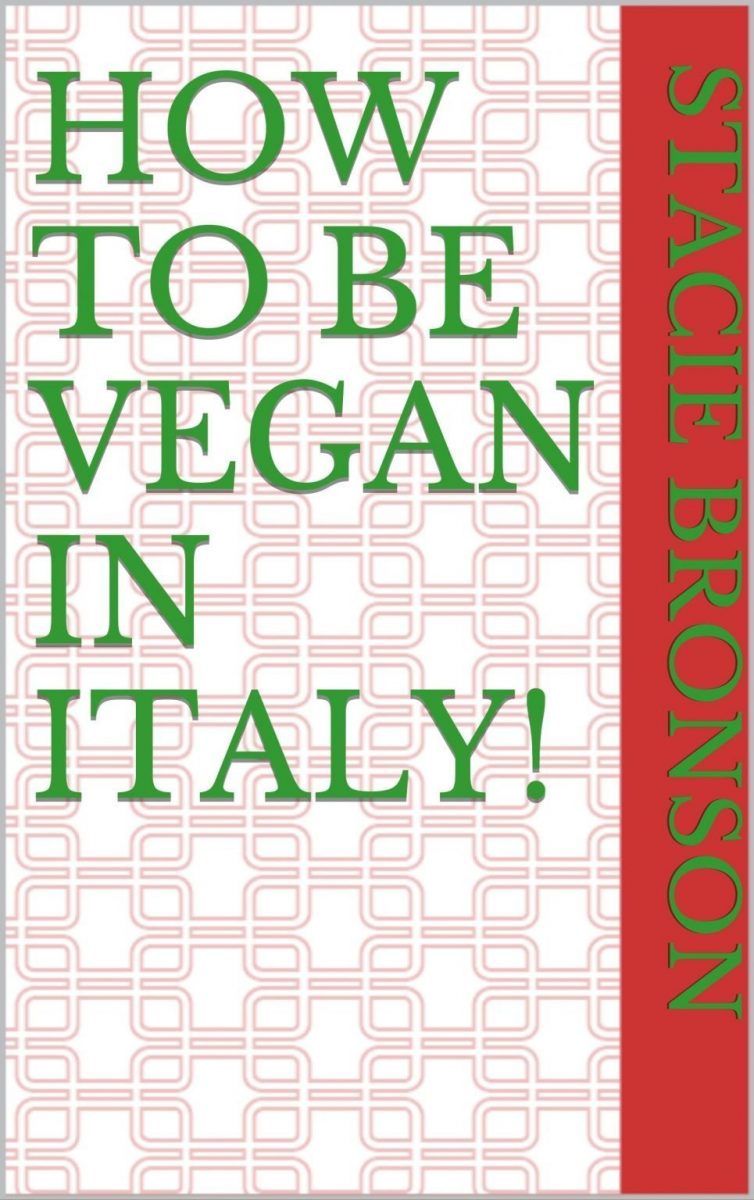 How to Be Vegan in Italy
by Stacie Bronson 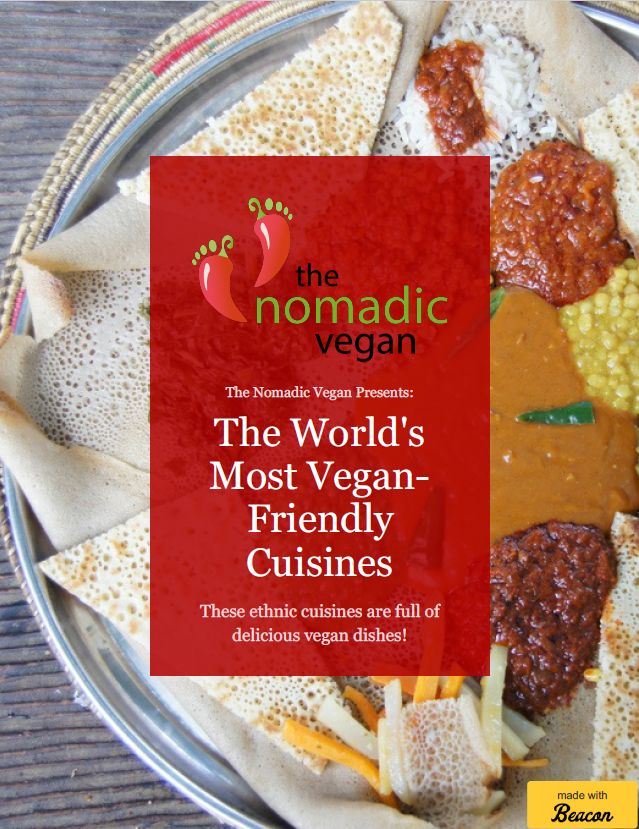 The World’s Most Vegan-Friendly Cuisines
by Wendy Werneth

If you love Italian food and want to find out more about all the delicious, naturally vegan food in Italy, don’t miss out on this opportunity!

Enter below for your chance to win all three books

This post contains Amazon affiliate links, which means that if you click through one of those links and make a purchase on Amazon, I will receive a small commission that will help me keep this site running, at no additional cost for you. Win win!