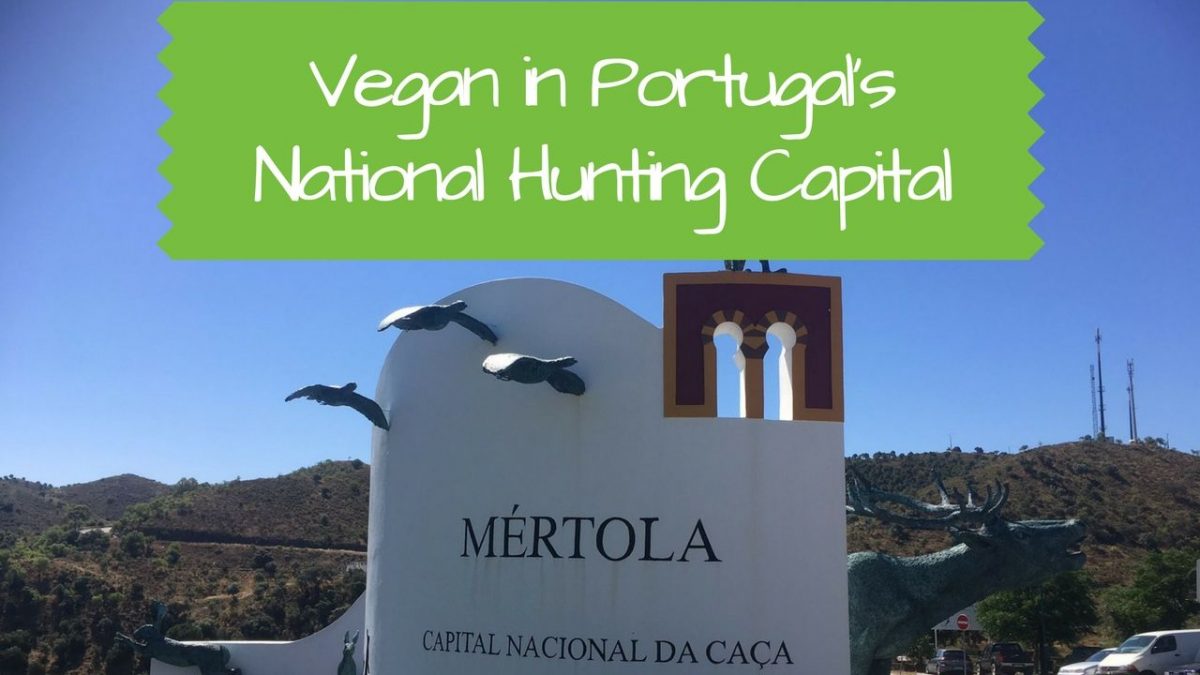 Being Vegan in Mértola - The National Hunting Capital of Portugal

I often talk about the two different types of vegan-friendly travel destinations.

First, there are the places that are vegan-friendly because there's a strong vegan movement there, and so local restaurants and other businesses have responded to the demand for vegan options.

Second, there are the countries and regions that, for geographic, religious or cultural reasons, happen to have lots of vegan dishes in their local cuisine, even if people there have never heard the word "vegan" before.

But what if you find yourself in a place that doesn't meet either of these two criteria? Well, my first piece of advice is to look for a restaurant that serves a non-local cuisine - one that DOES include plenty of vegan options.

So, for example, if you're in northern France and all the local French restaurants serve nothing but meat-and-cheese-based dishes, try looking for a Chinese restaurant, or an Italian or Indian restaurant.

These are just a few of the international cuisines that are plant-based by nature and that include lots of vegan or easily veganizable dishes. My upcoming book, Veggie Planet, will tell you all about the naturally vegan dishes in these and other world cuisines.

You can download a free sample chapter of Veggie Planet here.

But what if you're in a small town of 2,000 people that proudly proclaims itself to be the National Hunting Capital of Portugal, and there are no Chinese, Italian or Indian restaurants anywhere in sight?

Well, then you'll need a different approach. In the video below, I share with you my recent experience in Mértola, Portugal, which is .... you guessed it, the country's national hunting capital.

This means that, in addition to all the usual meat and fish dishes that make up a typical Portuguese menu, the restaurants here also serve lots of "wild game". Basically, every dish has at least one dead animal in it, and often two or three.

So how did I manage as a vegan traveler in this meat-crazed Portuguese town? You'll have to watch the video to find out!

Here's a hint, though: if you do visit Mértola and are looking for vegan food, the first thing you should do is contact the Boa Viagem Restaurant in advance and let them know you're coming.

I guess it's no surprise that they treat travelers well there, since the name of their restaurant means "have a good trip" in Portuguese.

UPDATE January 2020: Portugal is becoming more vegan friendly with every passing day, and not just in the big cities. Even a small city like Faro in the Algarve has three fully vegan restaurants!

As for Mértola, one of the traditional Portuguese restaurants there has added a vegan dish to the menu. The restaurant is called Terra Utopica, and the vegan dish is their jambalaya. Another one to check out if you're in town!

Want to see more of Portugal? Be sure to check out all my other vegan guides and travel tips for the country.