Minsk Restaurants that are Vegan Friendly 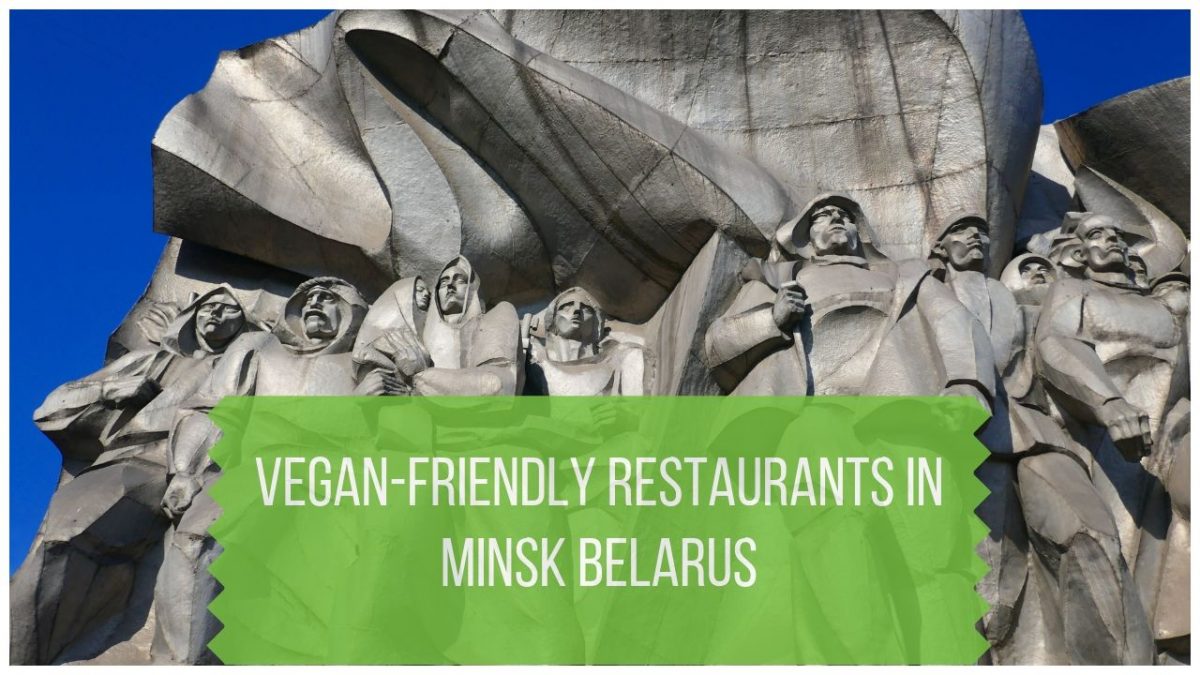 Belarus is known as the last dictatorship in Europe. Its capital, Minsk, is full of Soviet relics, including an enormous statue of Lenin in the city’s largest square.

But if this description gives you the impression that Minsk is a dull and joyless city - and a vegan wasteland - think again! Minsk is a vibrant and buzzing town.

Although there are not many dedicated vegan and vegetarian Minsk restaurants, ethnic and mainstream restaurants in Minsk offer a surprising number of delicious plant-based options.

And with the European Games (and accompanying visa-free entry) having taken place there in June 2019, Minsk is starting to open up to foreign visitors and their dietary needs and choices.

Here is a non-exhaustive list of restaurants in central Minsk with vegan options. 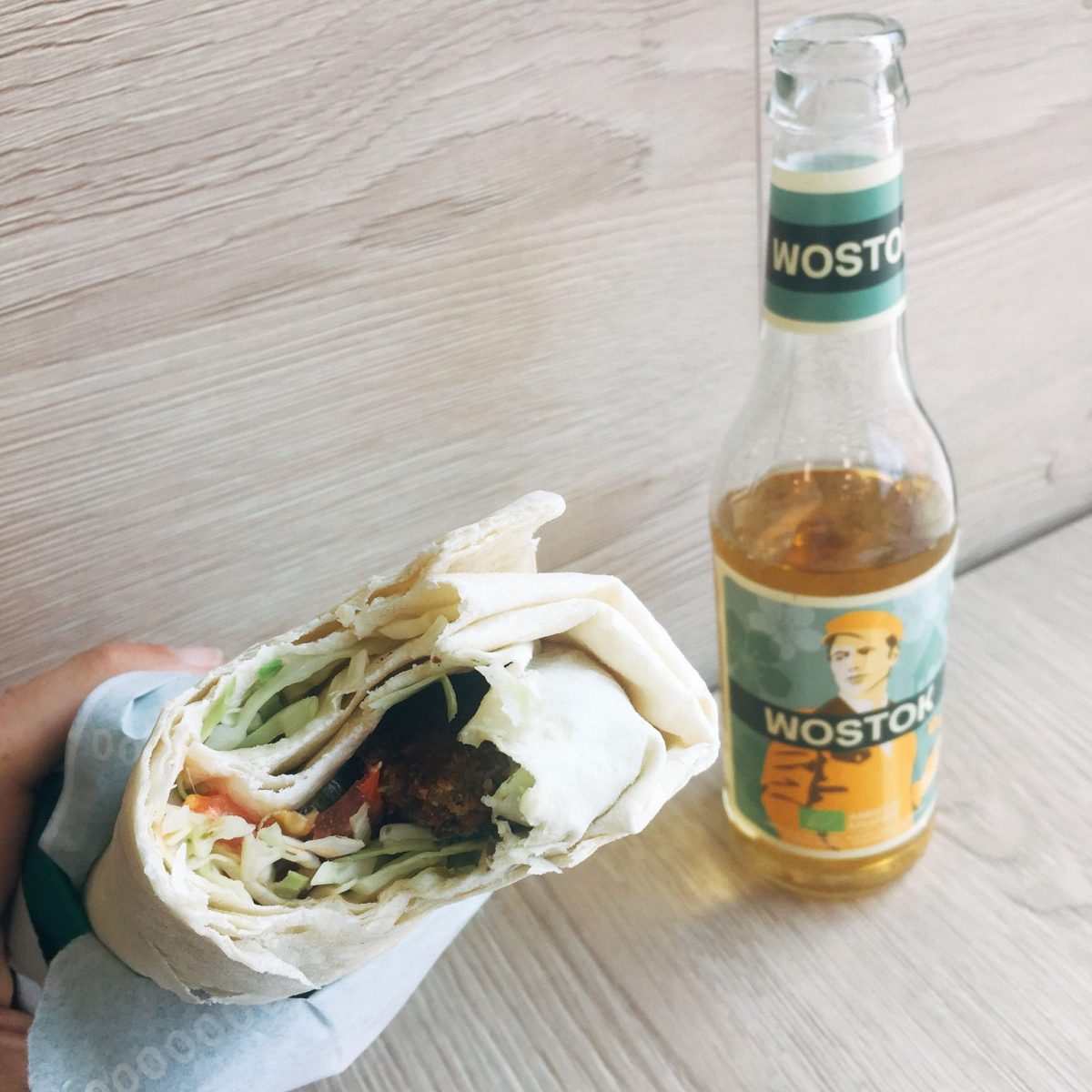 This was the only fully vegan eatery that I managed to get to during my stay in Minsk. It’s on an alternative street called Vulica Kastryčnickaja that is full of street art and bars.

This quickly became one of my favourite areas of Minsk, partly because it was a place I completely did not expect to find there. Unfortunately, I found the vegan fast food served at Monkey Food - wraps, burgers, etc. - to be just average.

If you're a street art lover, don't miss the inspiring story of Rainbow Grandpa in Taichung, Taiwan! 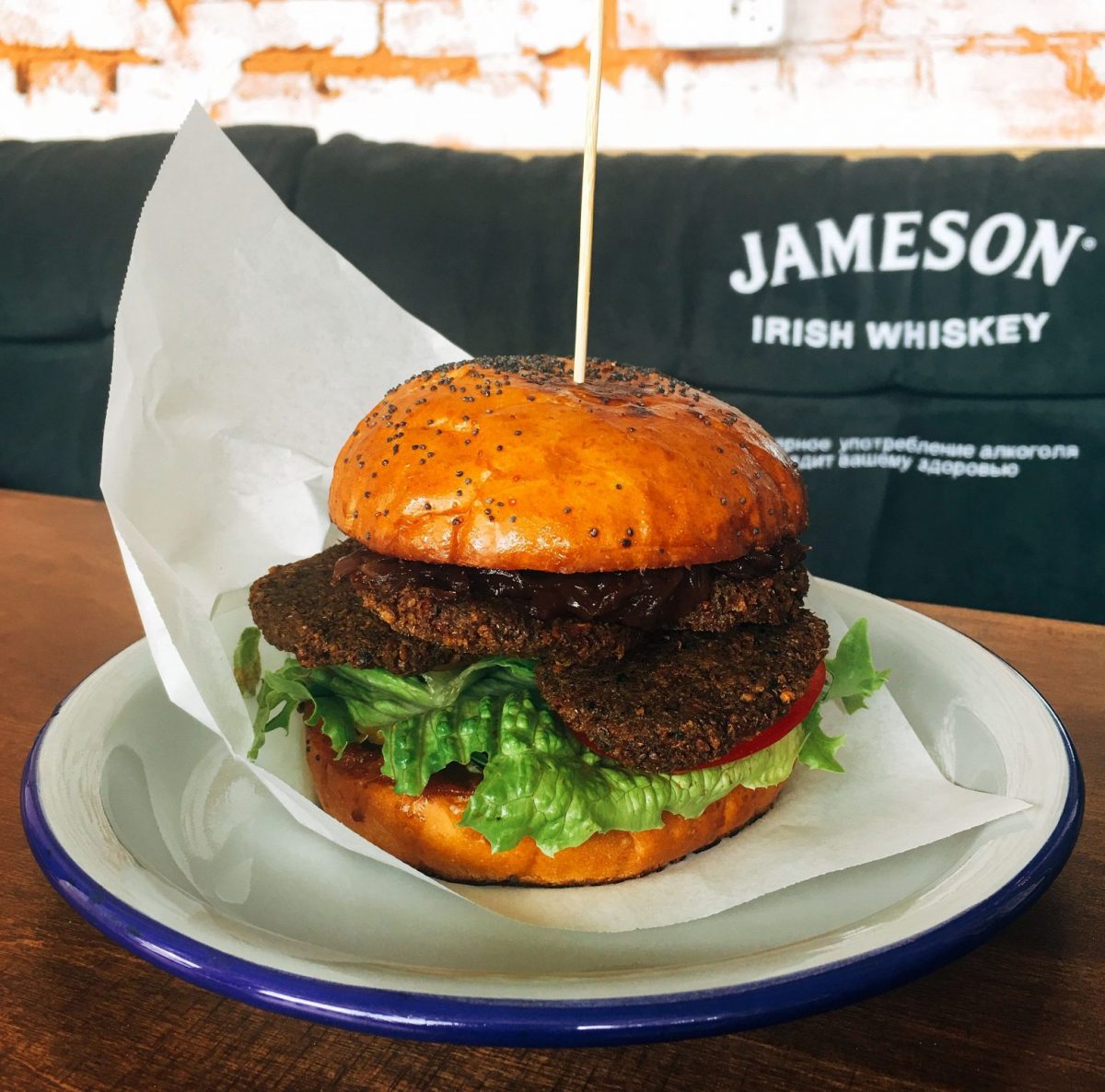 Burger Lab has the best vegan burger in Minsk.

On the same street as Monkey Food, this is possibly the best burger place in Minsk. Vegetarians can order the falafel burger, and vegans can ask for it without cheese and yoghurt sauce.

Even with these modifications, it was still the best burger I had in Minsk. The fries cost extra and are pretty average McDonald’s style ones, though. Burger Lab can be a bit hard to find, as it’s just off the street in a little courtyard and not well signed.

The spread known as pkhali comes in a variety of different flavours.

Georgian restaurants are commonly found in cities throughout the former Soviet Union. Although there will be plenty of meat on the menu, these restaurants can still be a great option for vegans and vegetarians.

Khinkal’nya offers several vegan side dishes, and I went for eggplant pkhali (a paste that goes great with Georgian bread) and a green bean lobio. There are lots of different types of lobio, and this version was essentially a warm salad, so it’s quite different from the more standard red lobio (a kidney bean soup). 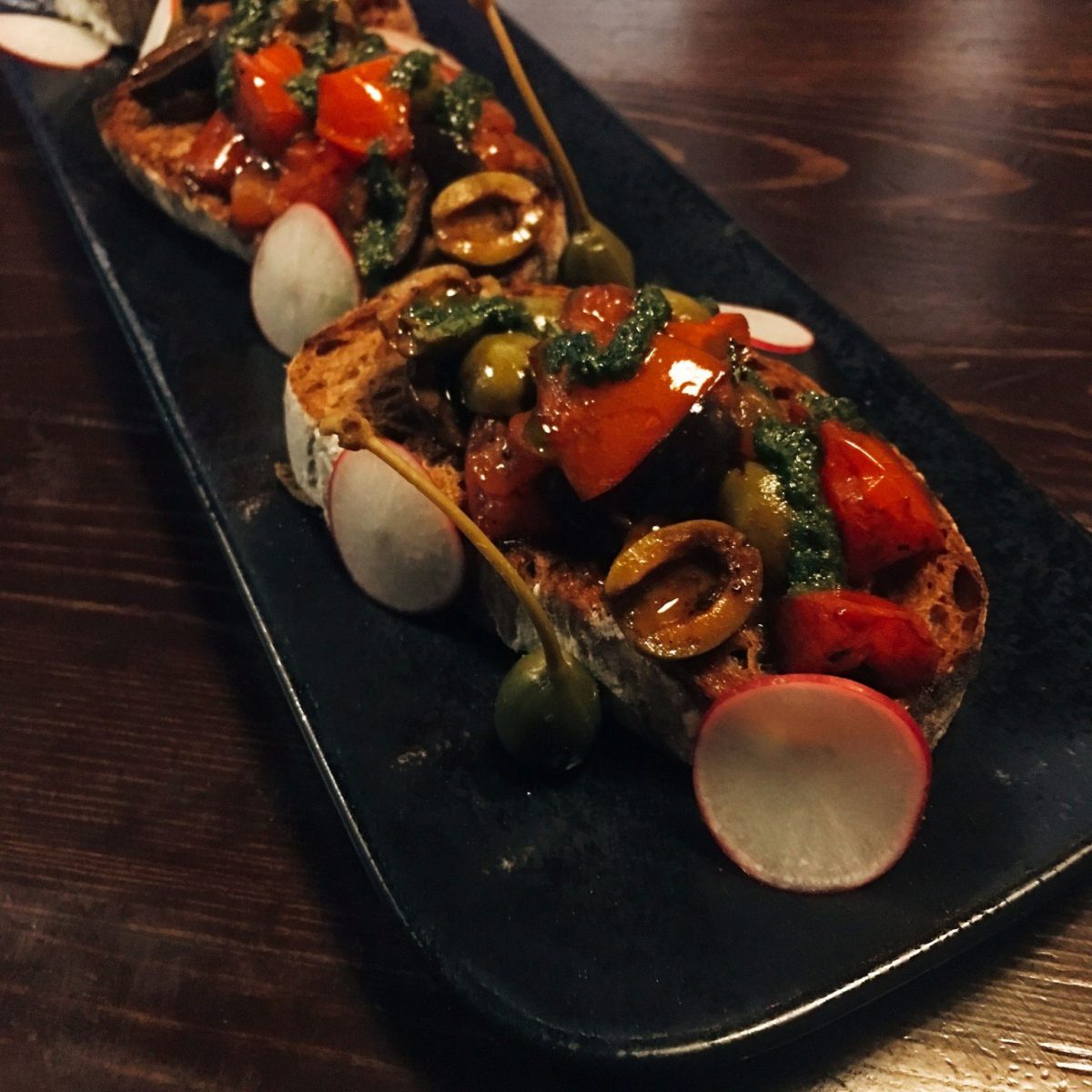 The tomato, olive and caper bruschetta at Smokkin is excellent.

Next door to Khinkal’nya, and just behind October Square, this hookah bar also serves food, and the kitchen is open all night. The tomato, olive and caper bruschetta is excellent, and there are also roasted potatoes and grilled vegetables that you can order from the vegetarian-marked English menu to make up a satisfying meal. 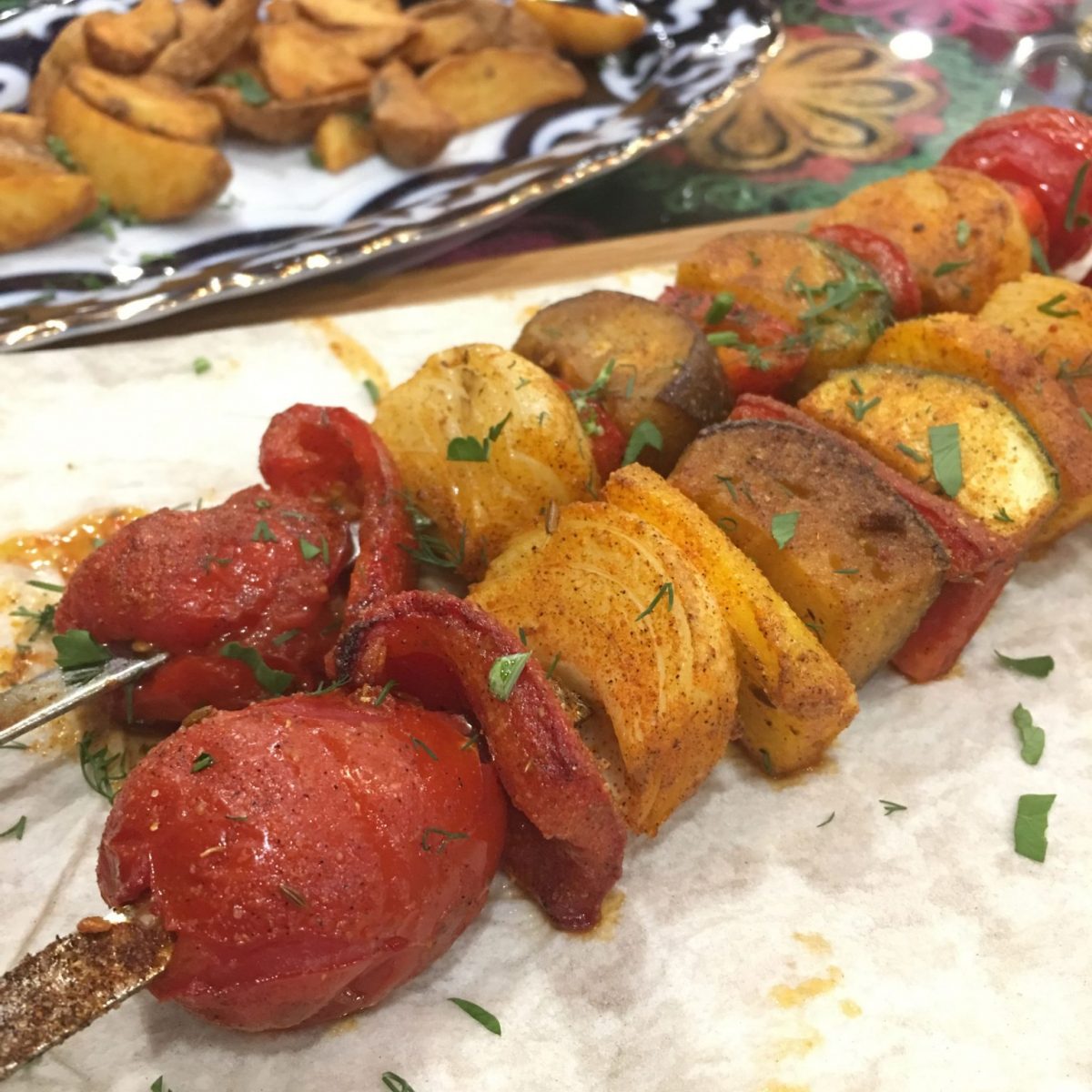 Tashkent is one of the best Minsk restaurants for vegetarians and vegans.

This Uzbek restaurant with some Georgian dishes was a real favourite with our European Games group because it was close to the Main Press Centre and served delicious food for all tastes.

For vegans, there are vegetable skewers, mushroom skewers, tomato salads, excellent wedges and more. Unlike at some other Minsk restaurants, there are actually too many vegan options for one meal! You can choose to sit either inside or outside. 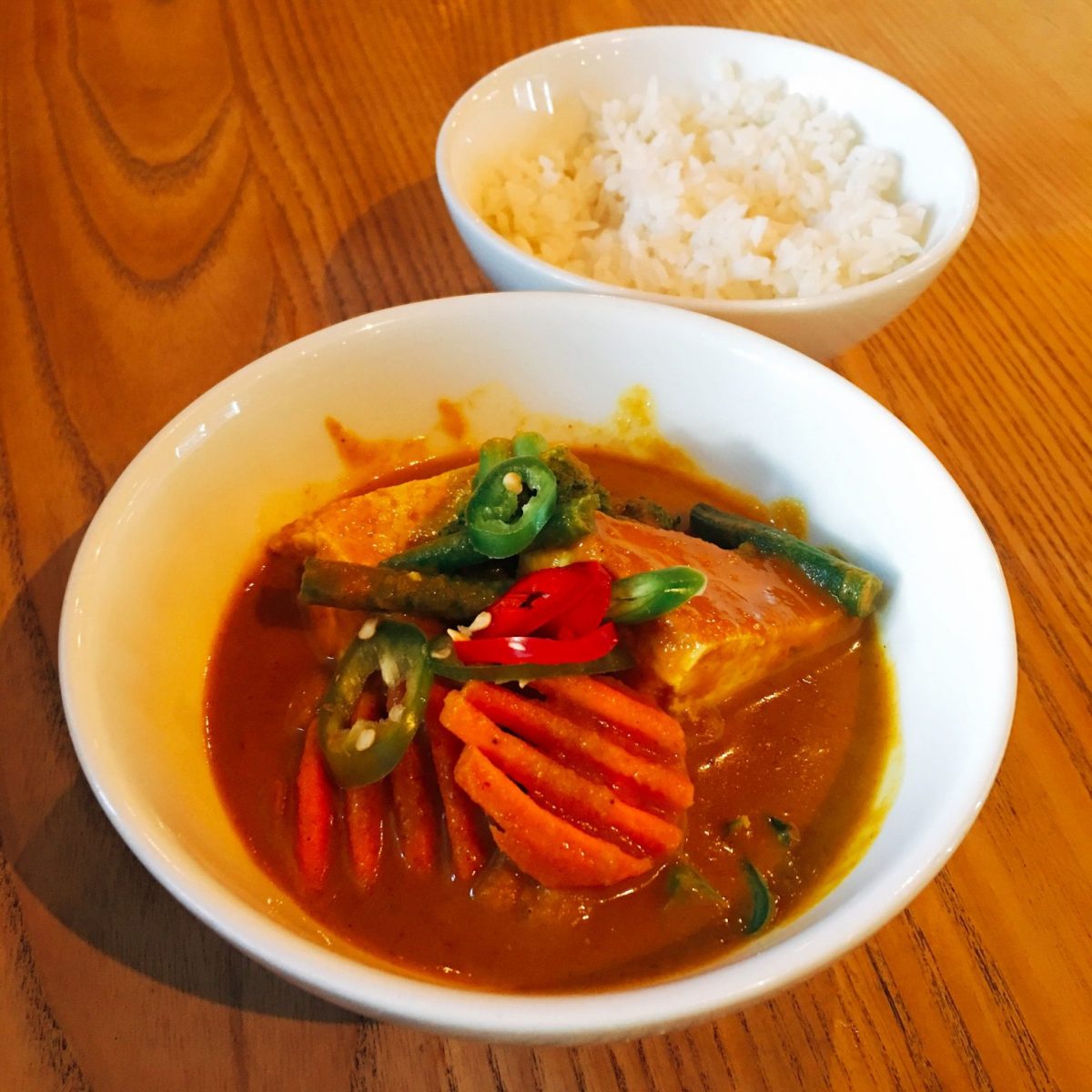 Most dishes at Mai Thai can be ordered with tofu and vegetables instead of meat.

This reliable Thai restaurant is close to Tashkent listed above and virtually across the road from Dinamo Stadium.

They serve vegetable spring rolls and also offer tofu and vegetable versions of their soups, curries and fried rice, which means there are a number of vegan Thai dishes on the menu. I only wish I’d discovered it earlier than my last night in Minsk! 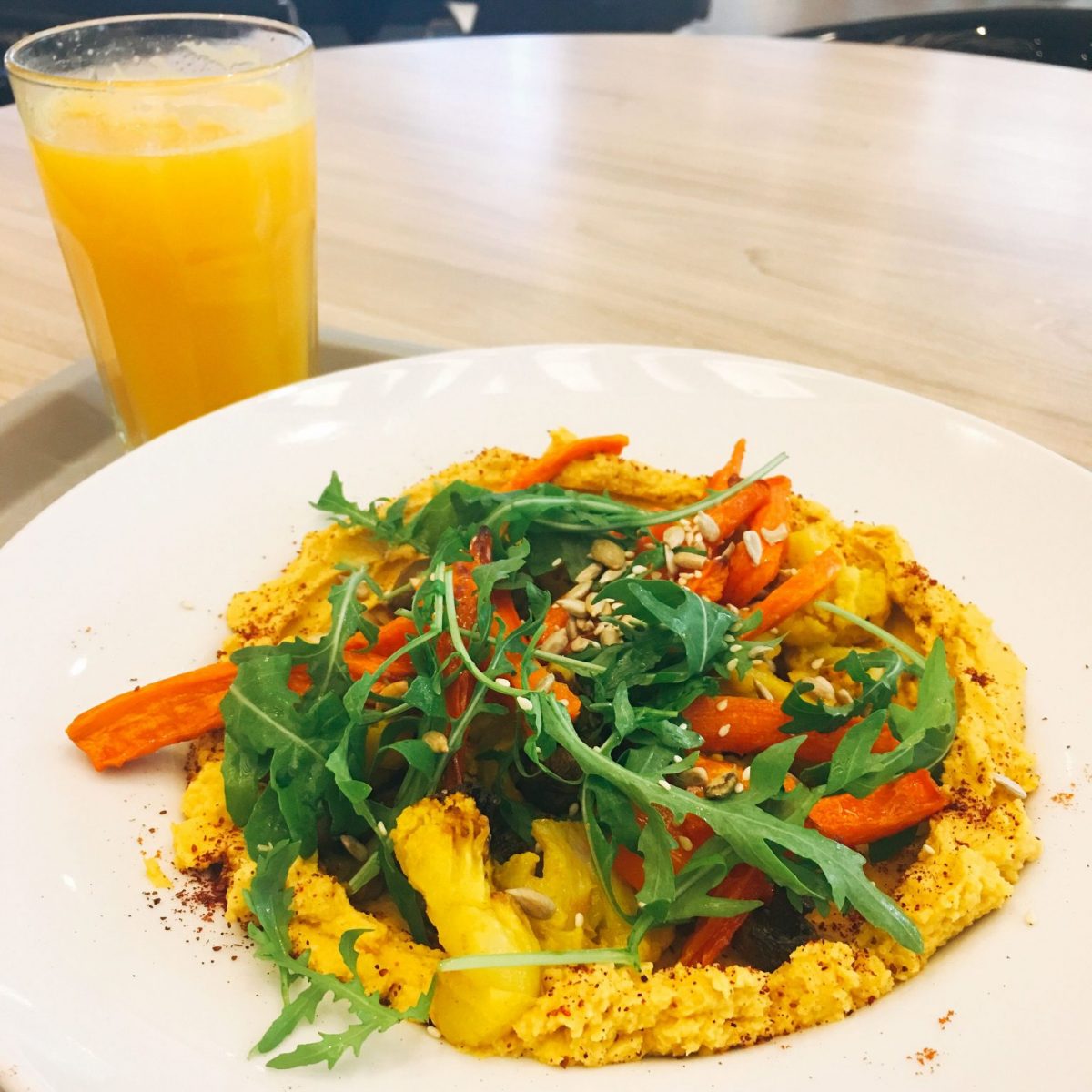 The hummus bowl at Salateira is a solid vegan stand by option.

This shopping mall food court joint was a saviour for me on several days when I was working at 3x3 basketball across the street and had only a small time window to grab something quick for lunch. There is an English menu, and the hummus bowl is marked as vegan. There’s also a vegan salad, although you may need to check about the dressing.

Another shopping mall place, this is a Japanese and Asian restaurant that can do veggie sushi and vegan salads. There’s an English menu, and vegetarian items are marked. 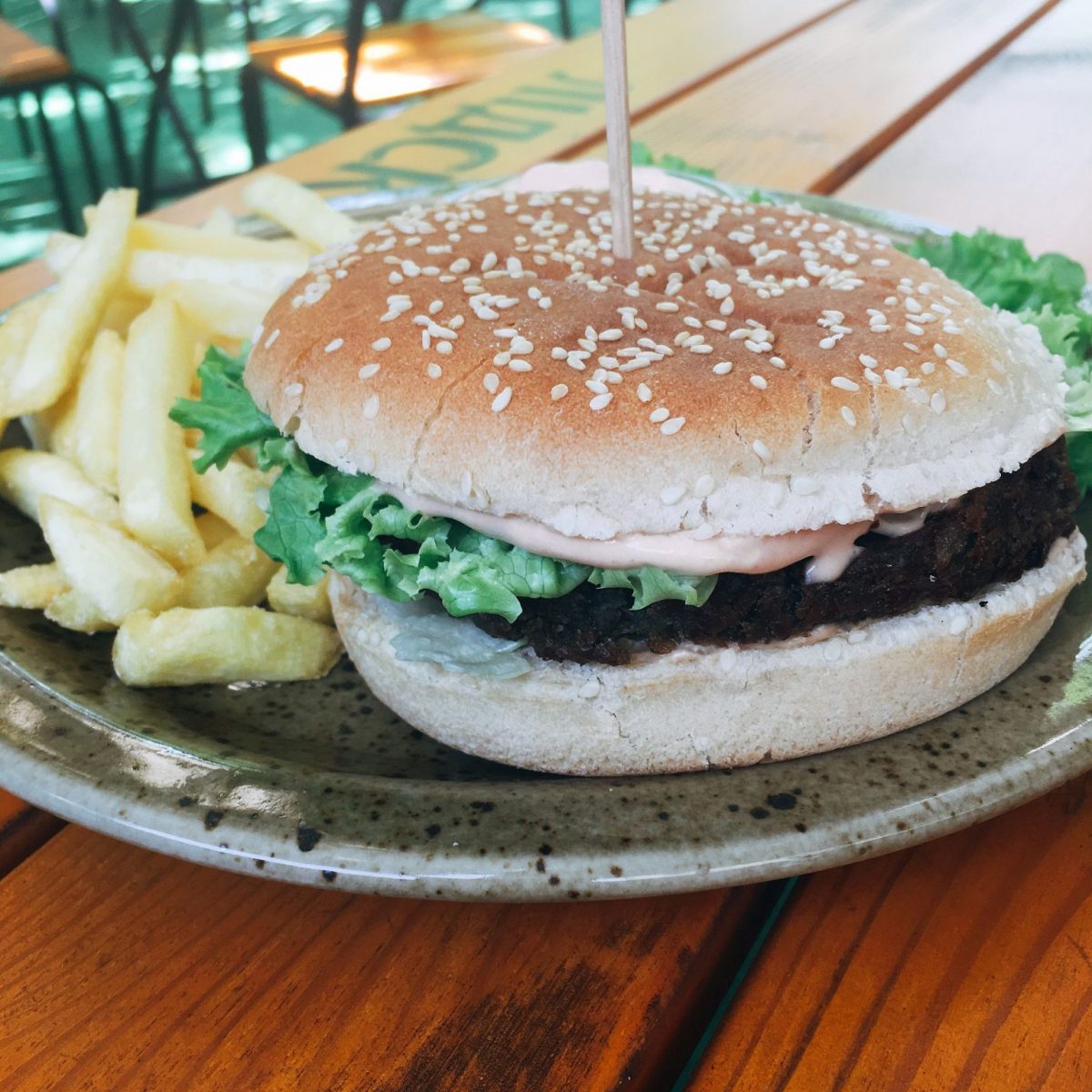 The vegan burger at Beetlejuice is OK, but not as good as the one at Burger Lab.

A little outside the centre, but convenient for me one day when I was nearby, this restaurant has a great shady garden area for outside dining.

There’s no English menu, but the staff can explain the vegan options, which include a soup, sandwich and burger. I had the burger, but it was just average. Park Čaliuskincaǔ is the closest metro stop.

If you’re in Minsk, chances are you have some interest in the city’s communist past and how certain Soviet symbols are still so prominent around the city. Whereas other former national Soviet republics try to put this part of their past behind them, Belarus still seems to relish it.

In Cēsis, Latvia, I once saw an abandoned statue of Lenin lying on his back in a box inside the castle grounds. In Minsk, in contrast, a gigantic Lenin statue still dominates the city’s main square.

Independence Square isn’t called Lenin Square anymore (although the metro station still is), but the man himself remains, eyeing Minsk from atop his pedestal in front of the pre-WWII national parliament building. There’s another bust of Lenin among the street art at Vulica Kastryčnickaja. 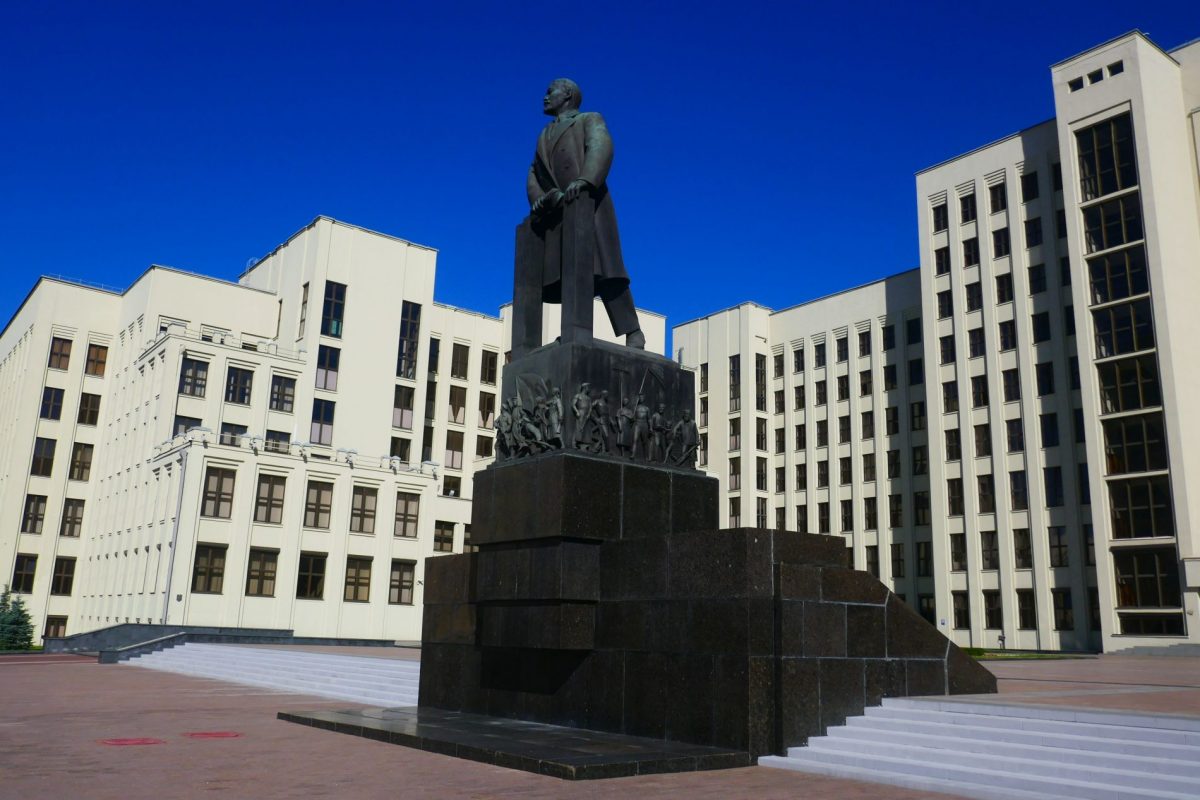 This square, still named for the 1917 revolution, is dominated by the Soviet-style Palace of the Republic, begun in 1985. By the time it was finally finished in 1997, perestroika had come and gone, and the Soviet Union no longer existed. 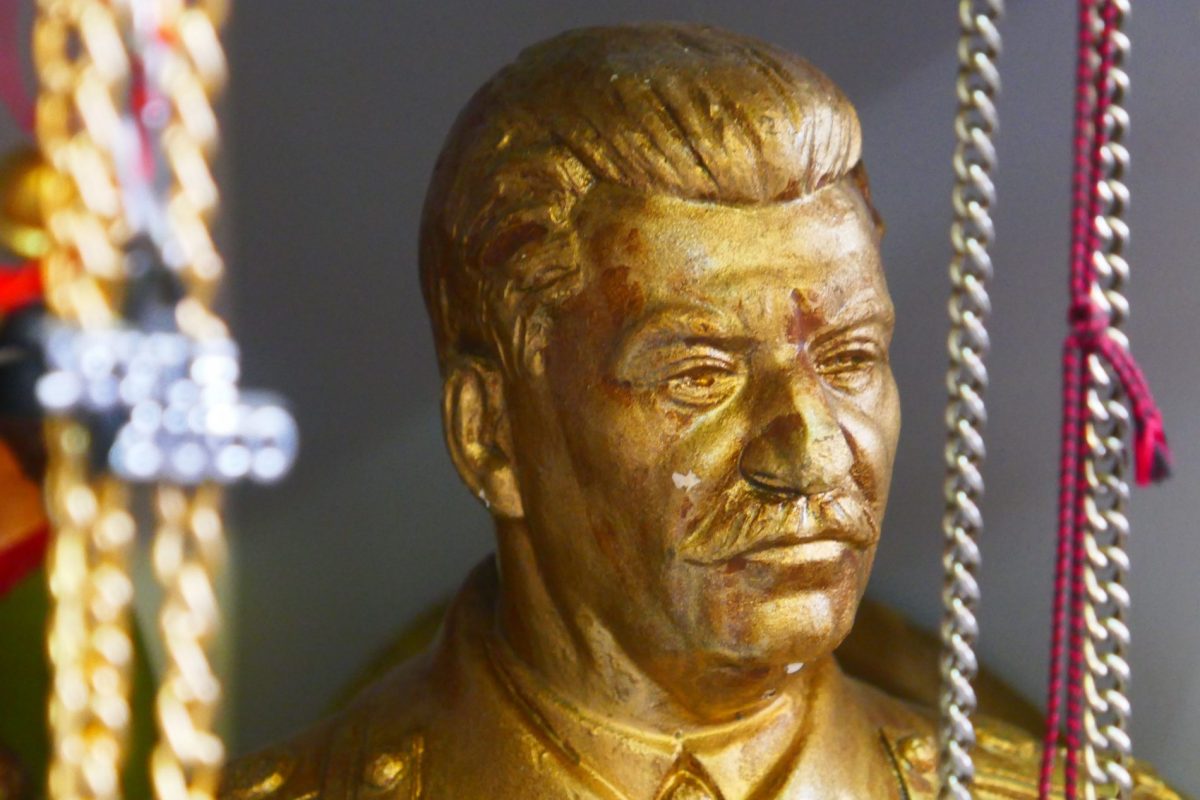 If you want to get your hands on a Stalin bust or some old Soviet-era and/or Moscow 1980 Olympic pins, head to these two shops in the same building. Get off the metro at Frunzienskaya, look for the Soviet mosaic and go inside. The shops are on the left side of the corridor. 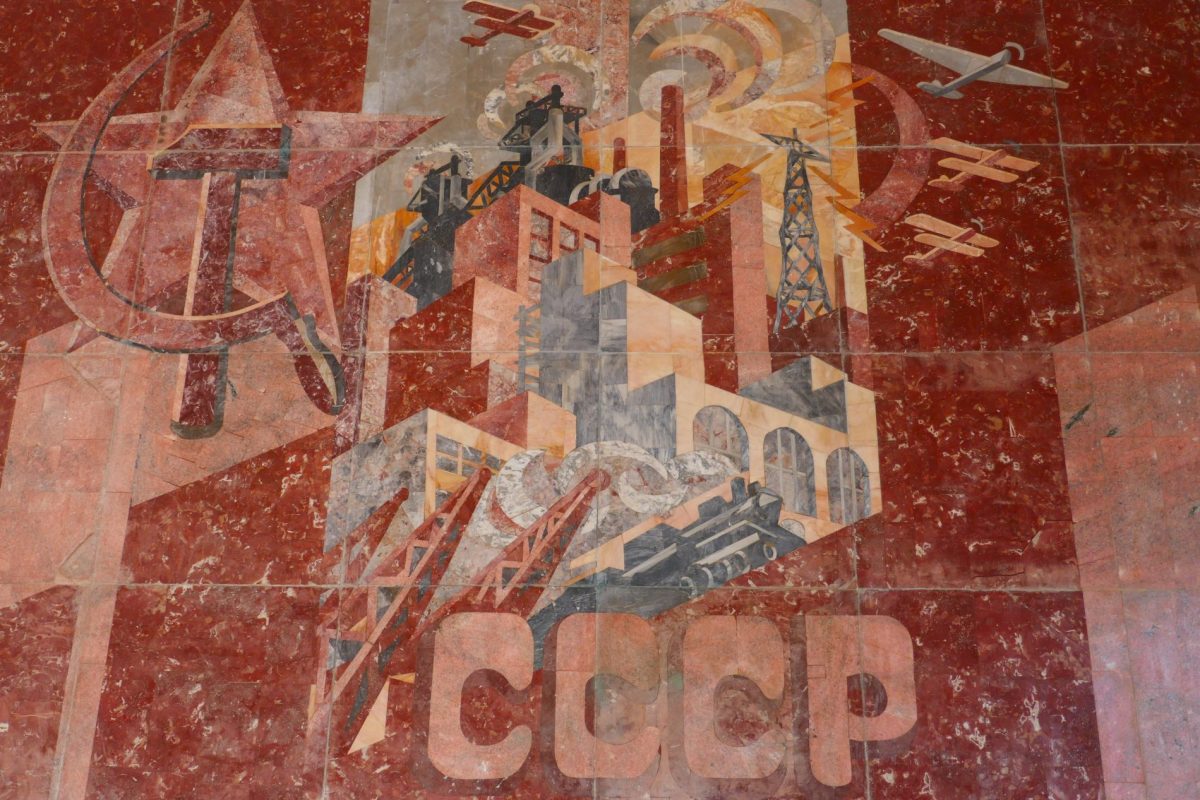 Soviet art/propaganda inside the Minsk metro.

In a colonnade at street level before heading down to the Kupalauskaya metro station, there is some terrific Soviet wall art. My favourite one portrays factories and warplanes as the great achievements of the regime. On the platform of one of the metro lines at this station, there’s some more propaganda glorifying Lenin and the revolution. 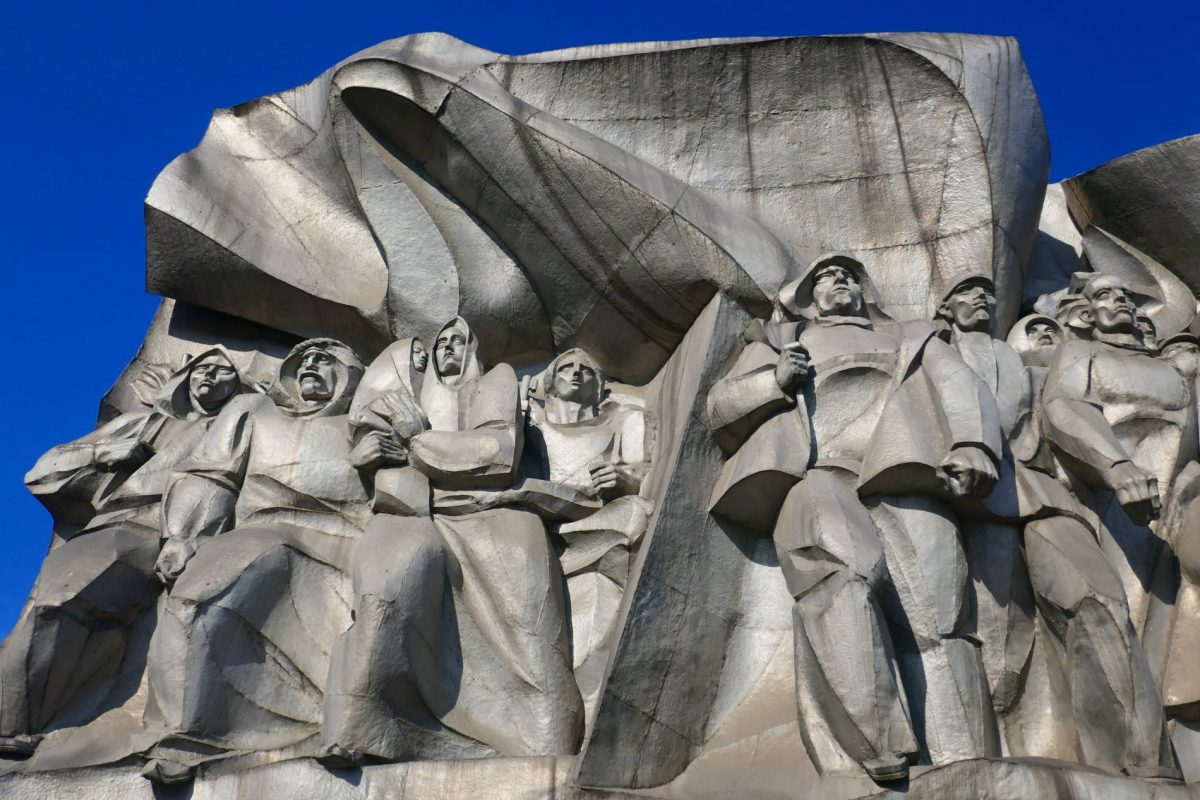 Near Nemiga metro station, at the corner of Vulica Niamiha and Prospekte Pobeditelei, this communist sculpture feels a bit out of place in Minsk these days. It’s directly above a KFC, providing one of those “juxtapositions of post-Soviet Minsk” moments.

Where to Stay in Minsk

I stayed in an apartment during my time in Minsk, and it's worth noting that all the highest-rated accommodations in the city are apartments rather than hotels.

For example, this centrally-located property gets great reviews for its comfy beds and super helpful host.

However, if a Minsk hotel is really what you want, Hotel Polonez would probably be a good option. It's located in a quiet but central area and gets higher ratings than most other Minsk hotels. 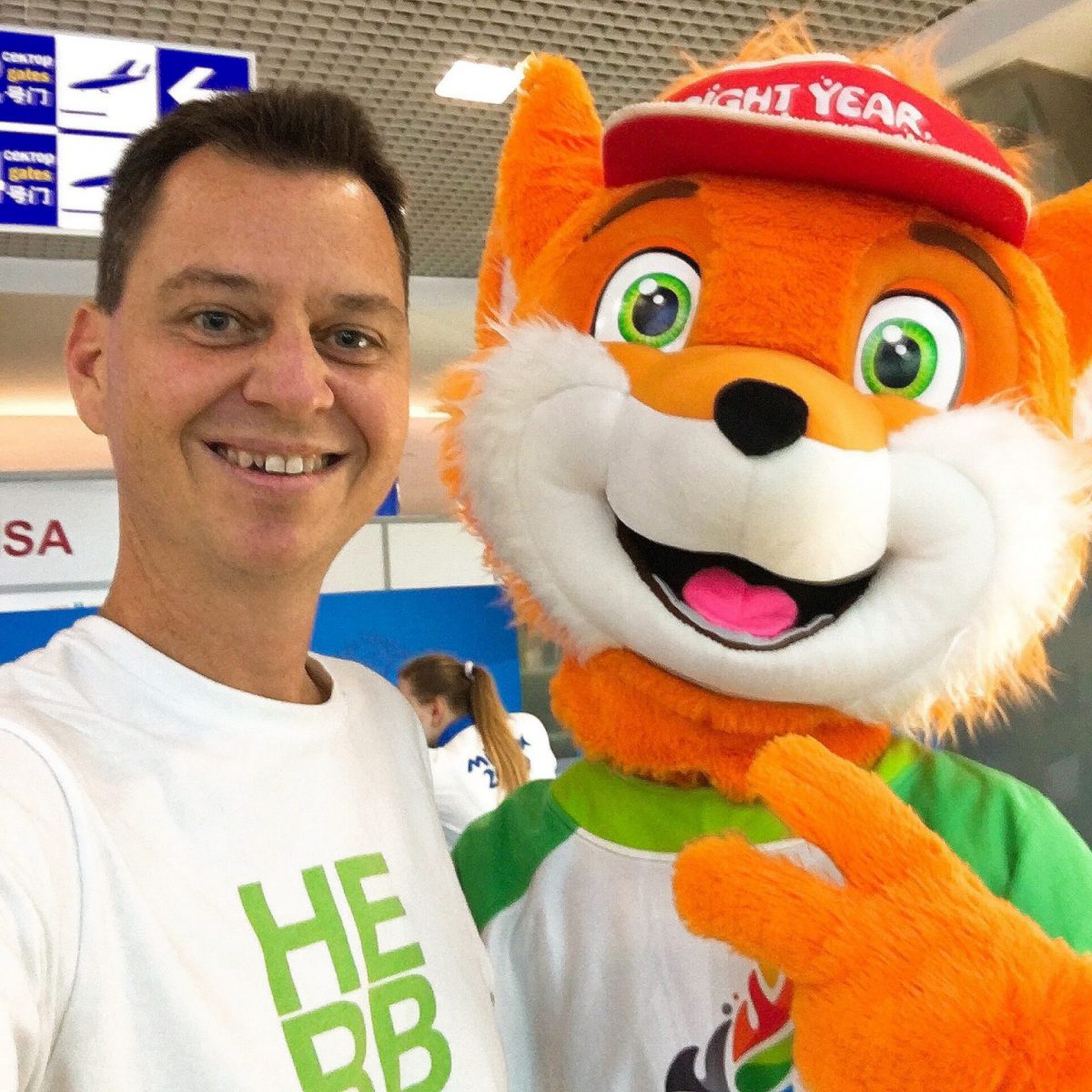 Nick is Wendy’s husband. He studied journalism at university and has worked at many major sporting events, including the 2019 European Games in Minsk. He has previously written about Rio de Janeiro and Australia’s Blue Mountains for The Nomadic Vegan. 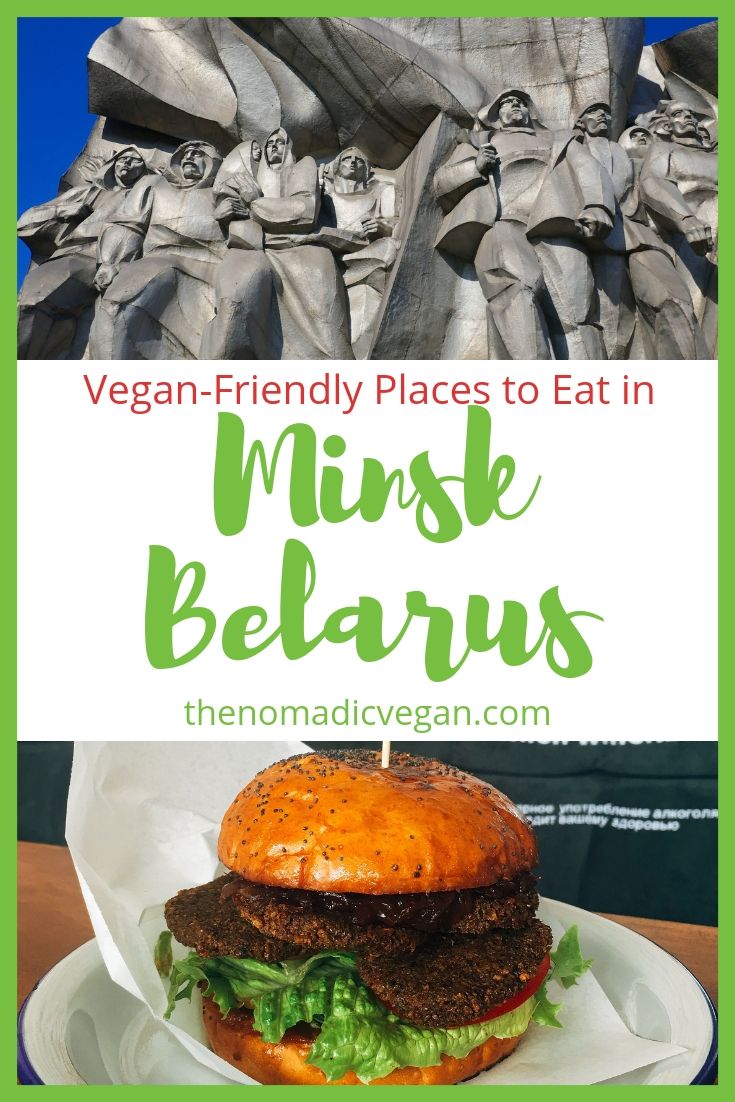