Home Travel Greece The Power of a Magic Word

The Power of a Magic Word 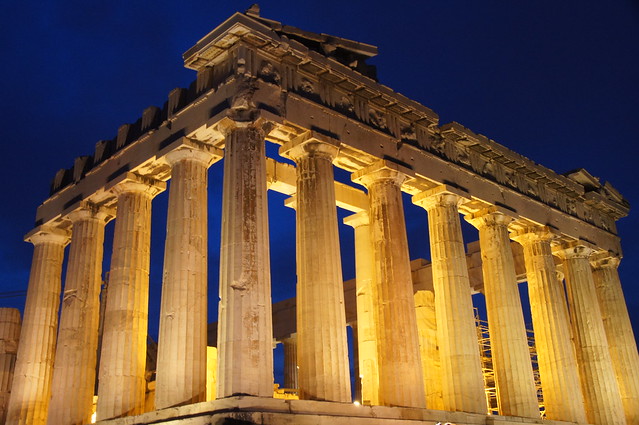 The Magic Word for Finding Vegan Food in Greece

I love words. I have been an avid reader since childhood, and my love for foreign words eventually led me to a career in translation. Wherever I go, I try to learn at least a few words in the local language, though in some countries this is more useful than others.

In Greece, the standard of English spoken is generally very high, so most travelers will not feel any need to learn more than the ubiquitous greetings kalimera (good morning) and kalispera (good evening).

For vegans, however, there is one word that you simply must learn before you arrive in Greece; it will make your trip soooo much easier and enjoyable. And the magic word is … Nistisimo!!!!.

This is very important, so please say it out loud with me now: nee-STEE-see-mo! Now, this word does not exactly translate to “vegan”. In fact, the concept of veganism is not widely known in Greece, and there doesn’t seem to be a direct translation for it (the V-cards I printed out before we left simply said “E’imai vegan” for “I am vegan”).

However, the Greek Orthodox Church does have a concept known as “fasting”, and in fact, there are nearly 180 fasting days in the calendar year, including every Wednesday and Friday as well as longer periods like the 40 days leading up to Easter.

This does not mean that people starve themselves and do not eat anything on these days; rather, it means they follow very specific dietary restrictions on what they can and cannot eat, and these restrictions happen to align pretty closely (though not completely) with a vegan diet.

Specifically, fasting in Greece entails abstaining from foods that contain animals with red blood and all products from those animals, as well as fish and other types of aquatic animals that have backbones.

Other sea creatures such as squid, octopus and shrimp are still allowed, as is honey, but all in all, it vastly simplifies the whole procedure of finding out whether or not a particular dish is vegan.

All you really have to say is that you want nistisimo food (fasting food) but not seafood (or honey, depending on your stance on that issue).

It IS very empowering, even if it won’t turn you into a teenage witch or wizard capable of eliminating all animal suffering with a flick of your wand.

And by the way, similar fasting rules also apply in many other countries where the Orthodox Church has a presence. These include Serbia, Romania, Ethiopia, Eritrea, Russia and a few other countries in Eastern Europe. And if you’re traveling as a vegan in Cyprus, you can even use the same word for fasting, since Greek is also spoken there.

There is one caveat though; while most people understood right away what I meant when I said it, a few assumed that I was just asking for vegetarian food but that dairy and eggs were OK. I’m not sure why this misunderstanding arose, since as far as I can tell the rules about fasting are very clear.

Perhaps because I was a foreigner they assumed I couldn’t really be talking about the Orthodox fast. In any case, after a while, I started saying “no cheese” after “nistisimo” and it was smooth sailing from then on.

For a full rundown of all the amazing vegan dishes I came across while traipsing through the country, see my vegan guide to Greece.