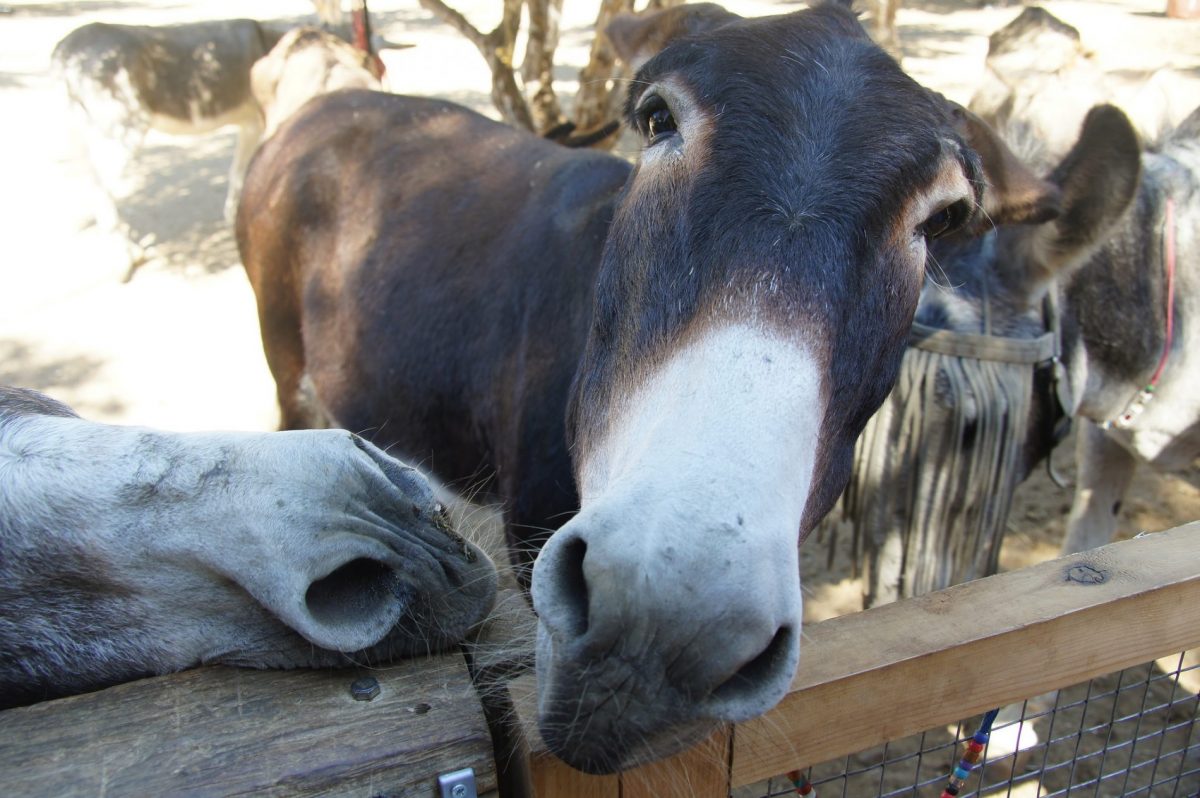 Donkeys are a common sight in Greece, where they have been used for centuries in agricultural work and are often used as transport for tourists in popular destinations like Rhodes and (especially) Santorini.

Indeed, the donkeys are a key part of Greece’s image as a tourist destination, and souvenir shops all over the islands sell t-shirts, tote bags, figurines and all manner of trinkets featuring cute cartoon images of donkeys.

Unfortunately, these animals are very often abused and forced to work in appalling conditions carrying loads far too heavy for them (in the form of overweight tourists).

Those used in agriculture often don’t fare much better, and when they grow too old to work, or when their owners can no longer afford to keep them, they will sometimes be tied up on the side of the road and left to perish in the heat with no food or water.

In the aftermath of the economic crisis, which hit Greece particularly hard, this has become a far too common practice. 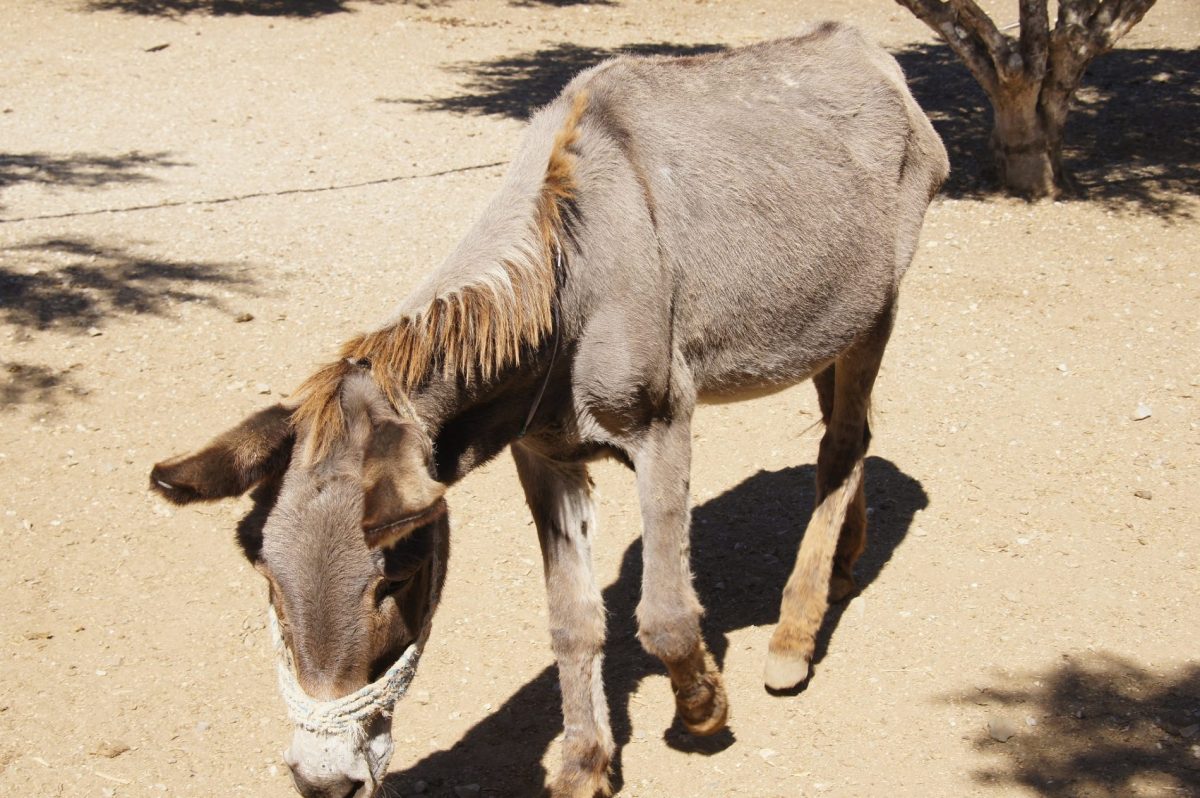 Thankfully, there are people like Fanis and Barbara Doulyerakis, the Greek/New Zealand couple who run the Agia Marina Donkey Sanctuary, who are doing a wonderful job of providing a loving home for these abandoned animals. Check out this short clip from my interview with Barbara:

A UK-based charity called The Donkey Sanctuary has been working hard to improve the conditions for the donkey “taxis” used in Santorini to carry cruise ship passengers up 600 steps on a steep hillside from the port to the village of Fira.

Some improvements have been made over the years, and one obvious change I noticed is that most of the “donkeys” now used on Santorini are actually mules, who are presumably better able to withstand the heavy loads.

Abuse is still common, however, and a 2013 independent report revealed that many of these animals are forced to carry overweight passengers and are denied access to shade, water and rest for hours at a time.

Poor quality saddles and bridles are often used and safety guidelines are regularly ignored, risking injury for both the humans and the donkeys or mules carrying them.

Choose the donkey you want to adopt from among those pictured on the website, and you will receive an adoption certificate, photo and regular updates about your donkey. C’mon, how can you say no to this face? 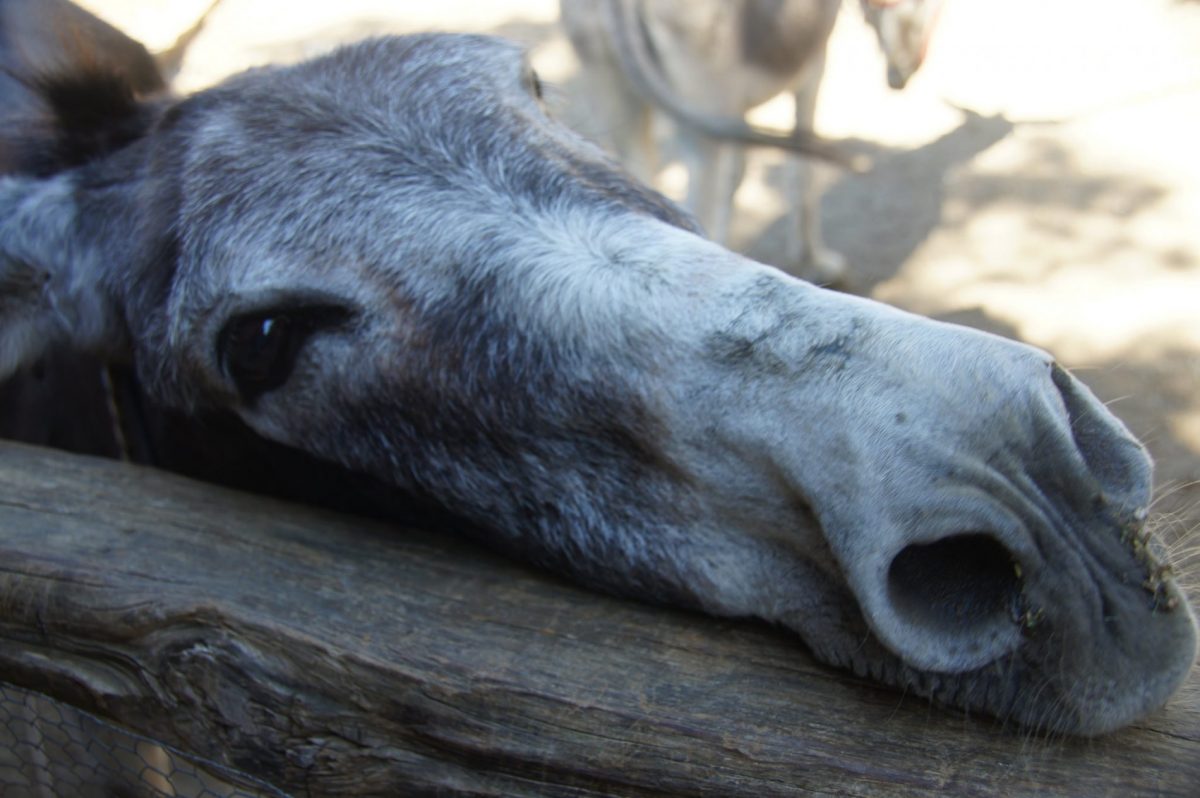 And of course, you are welcome to visit the sanctuary yourself and encourage anyone you know who is travelling to Crete to do the same. The sanctuary is conveniently located close to the archaeological site of Phaestos, an ancient Minoan city that is certainly worth a visit on its own.

You can even reach both Phaestos and the sanctuary on public buses (which is what we did).

If you would like to learn more about donkeys in general, I highly recommend the episode of Colleen Patrick-Goudreau’s Vegetarian Food for Thought podcast titled “The Burden of Burros”, which you can listen to here on Soundcloud or subscribe to the podcast through iTunes.

I hope you enjoyed this visit with the donkeys as much as I did! 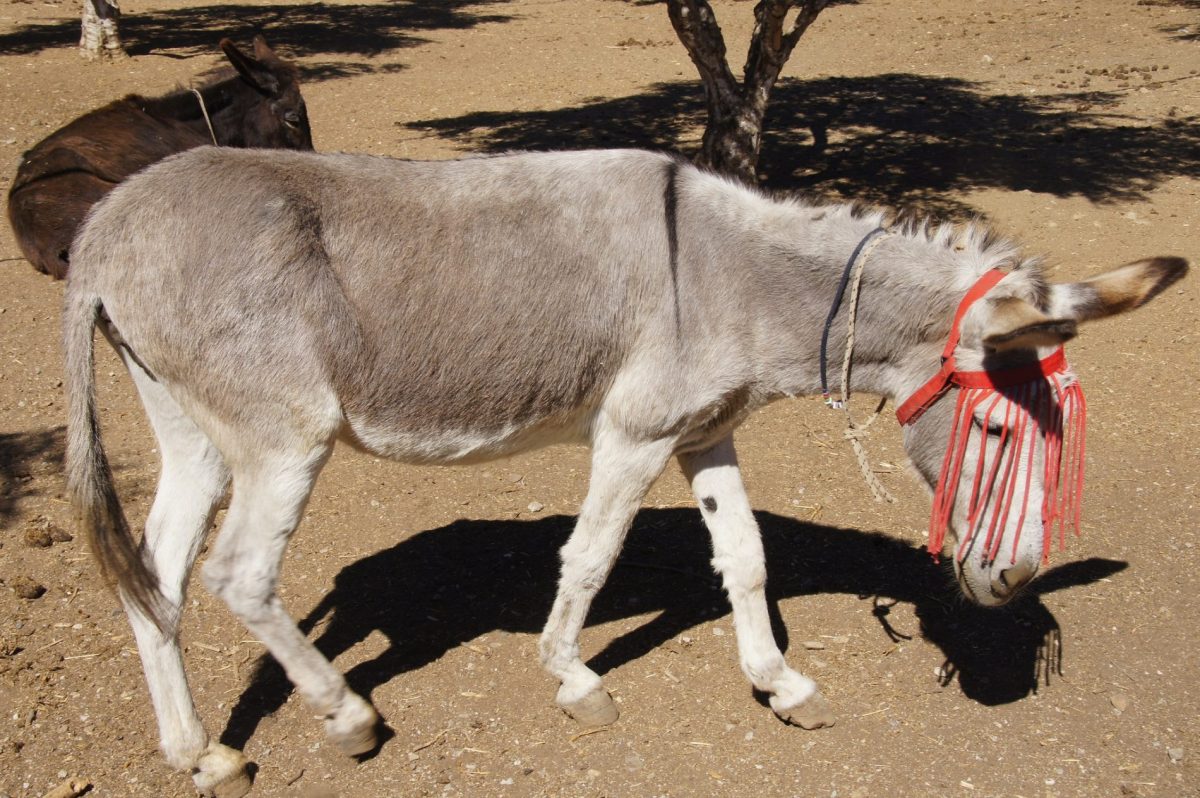 Have you ever met a donkey before? Share your experiences with these fun and playful characters in the comments below!