How Being Vegan Makes Travel Better 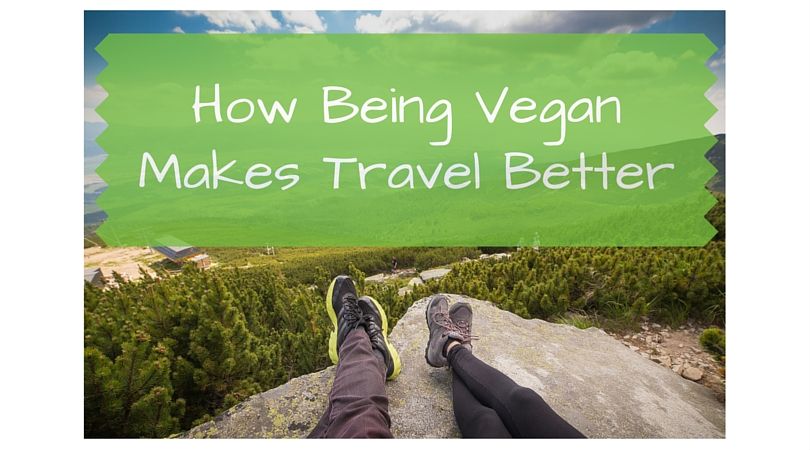 Do you think travel as a vegan is hard? I know I certainly did before I actually tried it.

After learning about the horrors of the meat, egg and dairy industries, I definitely felt compelled to go vegan. I knew deep down that it was the only way of living that was truly aligned with my most deeply-held values – the values of peace, non-violence and compassion.

But there was something holding me back, and that something was fear.

Travel was a huge part of my life, and my passion for exploring the world had already led me on adventures on all 7 continents and in more than 90 countries. But what would happen to my love affair with travel if I became vegan?

I was afraid that I'd be missing out on all the local specialties, that I would cause a stir and create embarrassing situations when I tried to ask for vegan food in restaurants, and that I would become a pain in the butt in the eyes of whoever I was travelling with.

Imagine my surprise, then, when I finally gave it a trial run and discovered that being vegan didn't make travel worse ... it actually made it much BETTER!

Now, I already knew that there were many benefits to becoming vegan. Obviously, I would be saving innocent animals from needless suffering and death. On top of that, I would improve my own health, help save the planet, and contribute to ending world hunger.

But, better travel?! That was a secret vegan benefit that no one had ever told me about. And yet it's true.

Sure, it takes a little research and preparation, but by following a few simple steps I've been able to uncover delicious vegan specialties everywhere I go, even in notoriously meat-and-dairy-loving countries like France and Switzerland.

Being vegan has opened a new window onto each destination and allowed me to connect with each country's people, animals, culture and environment in a way I'd never done before. It's a unique way of travelling that most people never get to experience.

I was completely blown away when I realized just how wrong I had been about what I thought vegan travel would be like. And I knew I wasn't the only one with these misconceptions. Most people think travelling as a vegan is all but impossible.

And who can blame them? We're told the same story over and over again by guidebooks, well-meaning friends and family, and pretty much everyone we meet.

But if the person telling you about all the difficulties of vegan travel isn't vegan, then they don't really know what they're talking about.

I promise you that, with a bit of planning and foresight, following a vegan lifestyle while on the road will enrich your travel experiences in ways you never imagined. And I'm here to show you how.

I've teamed up with the folks at HappyCow to bring you 9 Steps for Easy Vegan Travel – a free ebook that will guide you step by step through the process of planning your trip, seeking out vegan-friendly restaurants, communicating your needs, and discovering a new corner of the world through its vegan cuisine.

And best of all, we're offering this vegan travel guide for free! Click here to download your copy before your next trip.

My mission here at The Nomadic Vegan is to empower you to be vegan anywhere and spread compassion everywhere. And I'm sure that, once you've read 9 Steps for Easy Vegan Travel, you'll have the confidence and the skills you need to do just that.

Come join the ever-growing numbers of vegan travellers who have made their travels more memorable, more rewarding and more delicious! You won't believe what you've been missing out on. 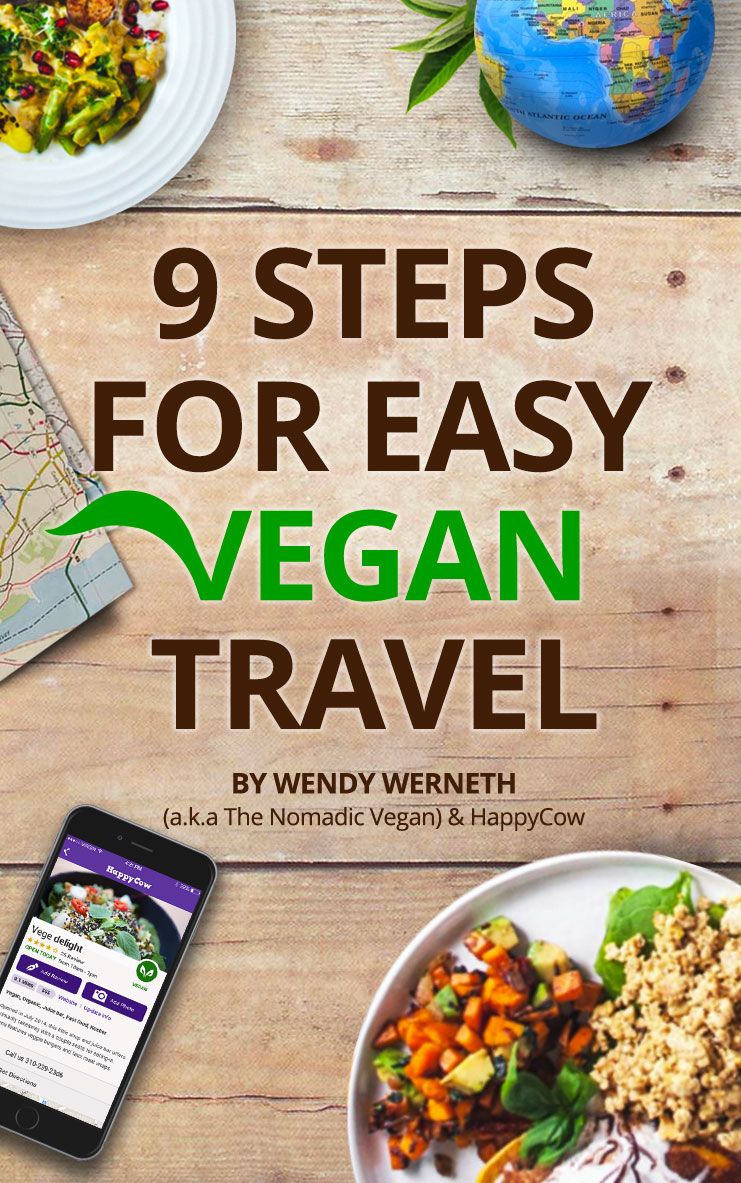 An earlier version of this article originally appeared as a guest post on HappyCow.net.