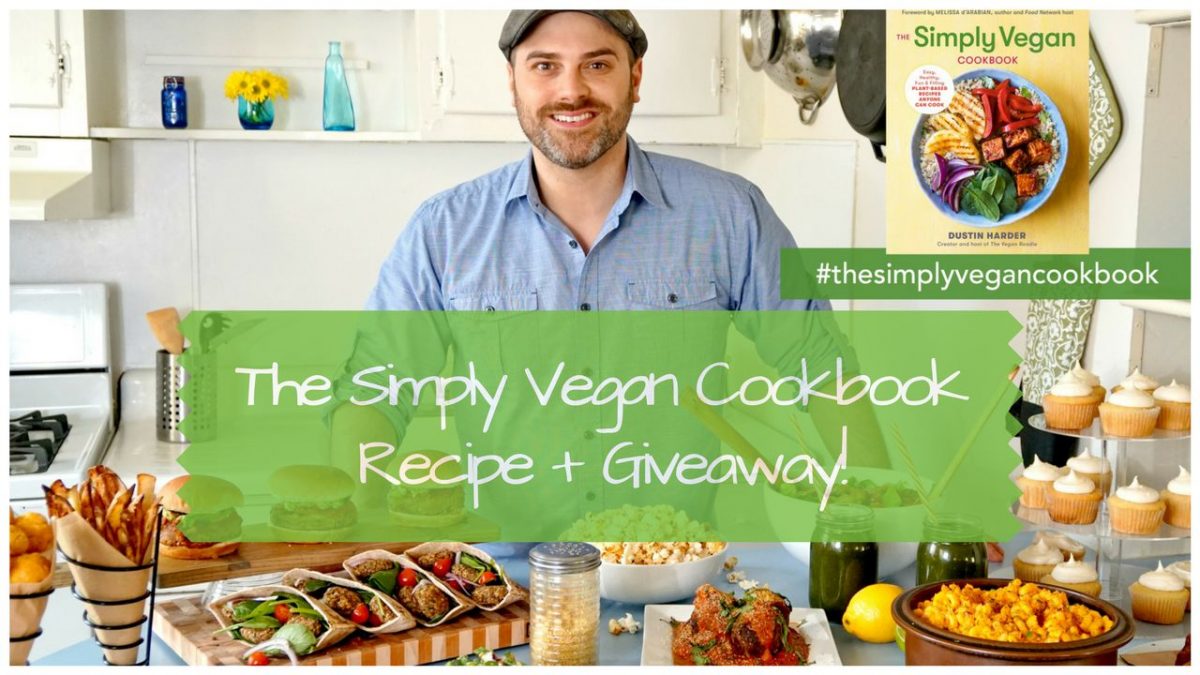 Short on time? Click here to jump straight to the giveaway.

It’s not often that I come across a recipe book that’s perfect for vegan travelers. A book that’s full of simple vegan recipes that don’t call for any hard-to-find ingredients or fancy equipment.

You know, the kind of simple vegan recipes that can be whipped up in an AirBnB or a hostel kitchen. But if anyone was going to write such a book, it would be Dustin Harder, a.k.a. the Vegan Roadie. And now he has! 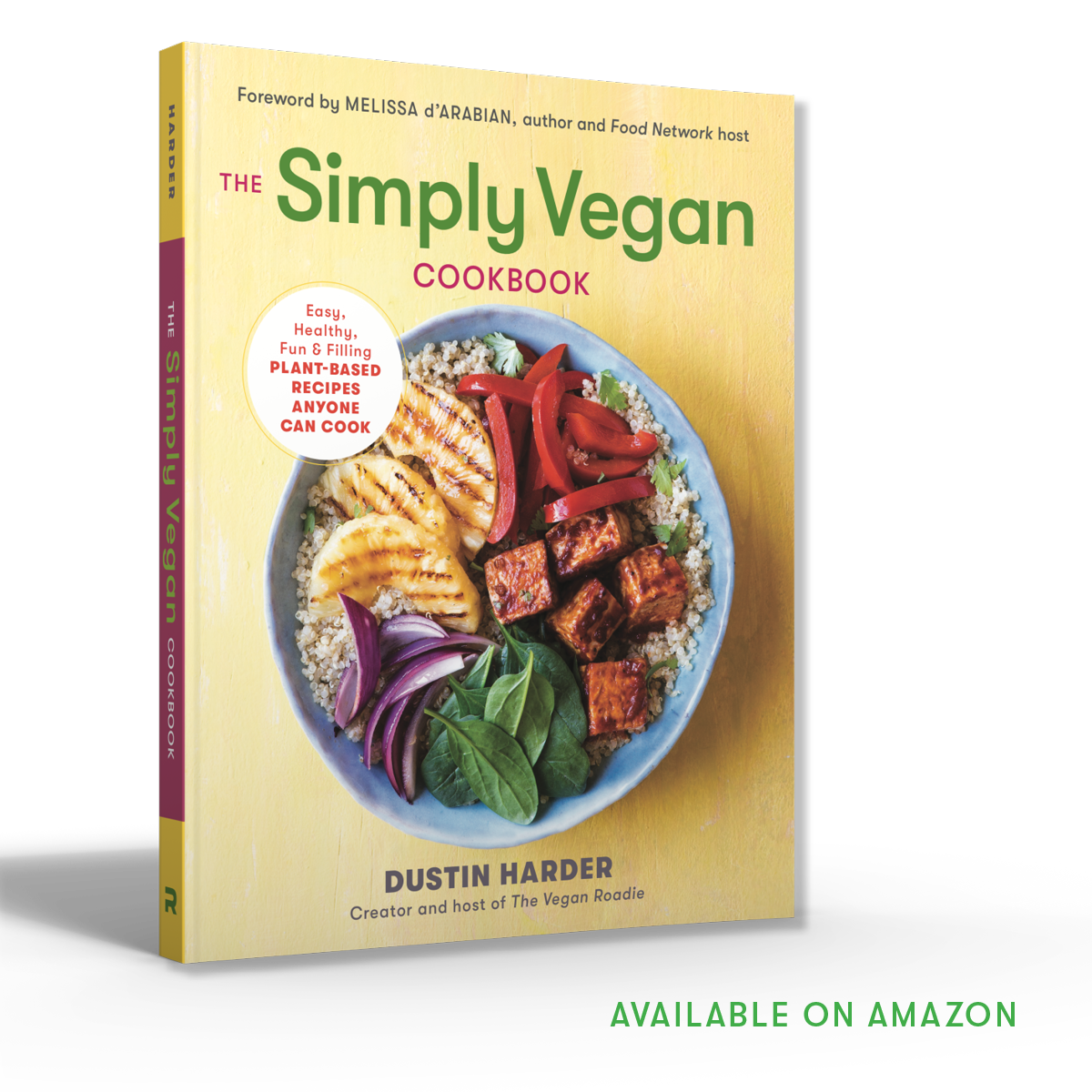 Dustin let me have a sneak peek at his soon-to-be-released book, The Simply Vegan Cookbook. After flipping through it I thought, “these easy simple vegan recipes are perfect for cooking on the road!”

Which should come as no surprise, given that Dustin has travelled over 110,000 miles — and visited every grocery store along the way — to find out which vegan foods are (and are not) accessible.

As Food Network host Melissa D’Arabian says in the foreword to the book, “Dustin’s experience cooking on the road has translated into an ability to create dishes that don’t involve a lot of, well, dishes”.

If you’re not familiar with Dustin yet, well, let me introduce you. He’s the host and creator of the vegan culinary travel show, The Vegan Roadie, which you can watch for free on YouTube!

The first two seasons of The Vegan Roadie focus on North America, while the third and final season for YouTube is soon to be released and will offer up an unprecedented look at plant-based eats in … wait for it … Italy! 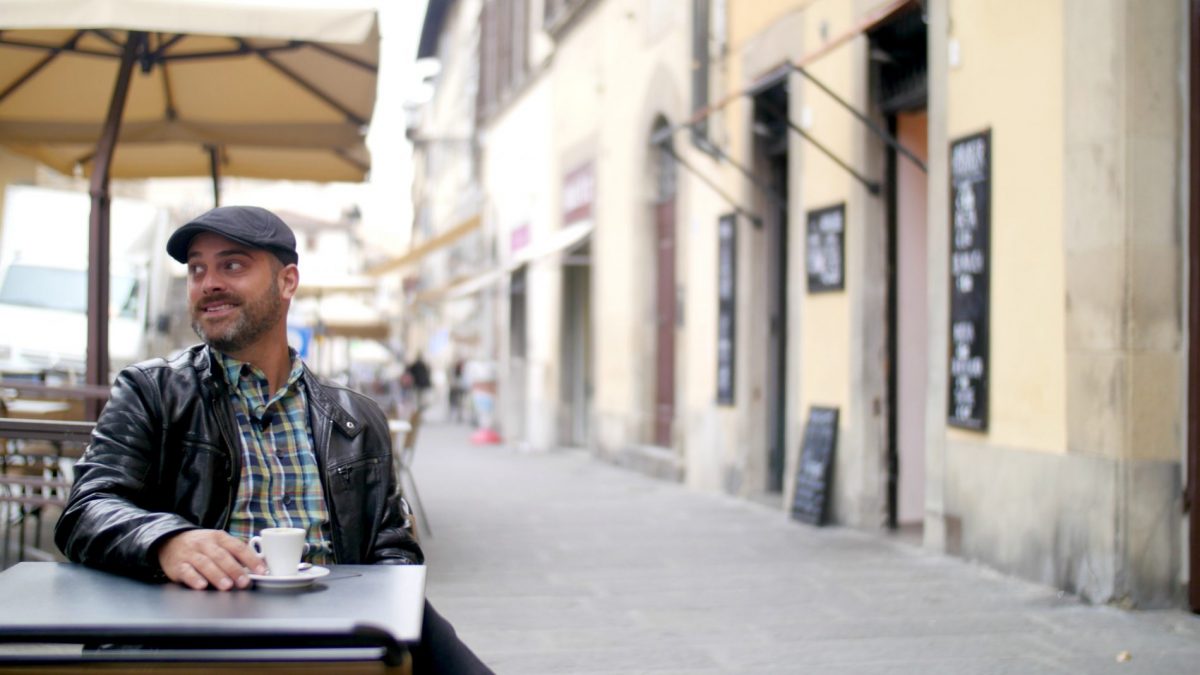 Dustin enjoying an espresso in Florence​

Yep, Dustin is a man after my own heart. Not only does he love travel and vegan food, but he’s also a huge Italophile like me.

Dustin kindly gave me permission to share with you one of his simple vegan recipes. It was hard to choose just one, but my sweet tooth took over and settled on Dustin’s soft-batch chocolate chip cookie recipe, because cookies. Here it is!

The unbaked chocolate-chip-cookie dough is just as delicious as the cookies themselves!

And since this recipe is egg-free, you can eat the raw cookie dough without any worries.

I do hope some of this recipe makes it into your oven, though, so you can enjoy the soft, chewy goodness of these cookies. The result is worth resisting the raw-cookie-dough temptation. 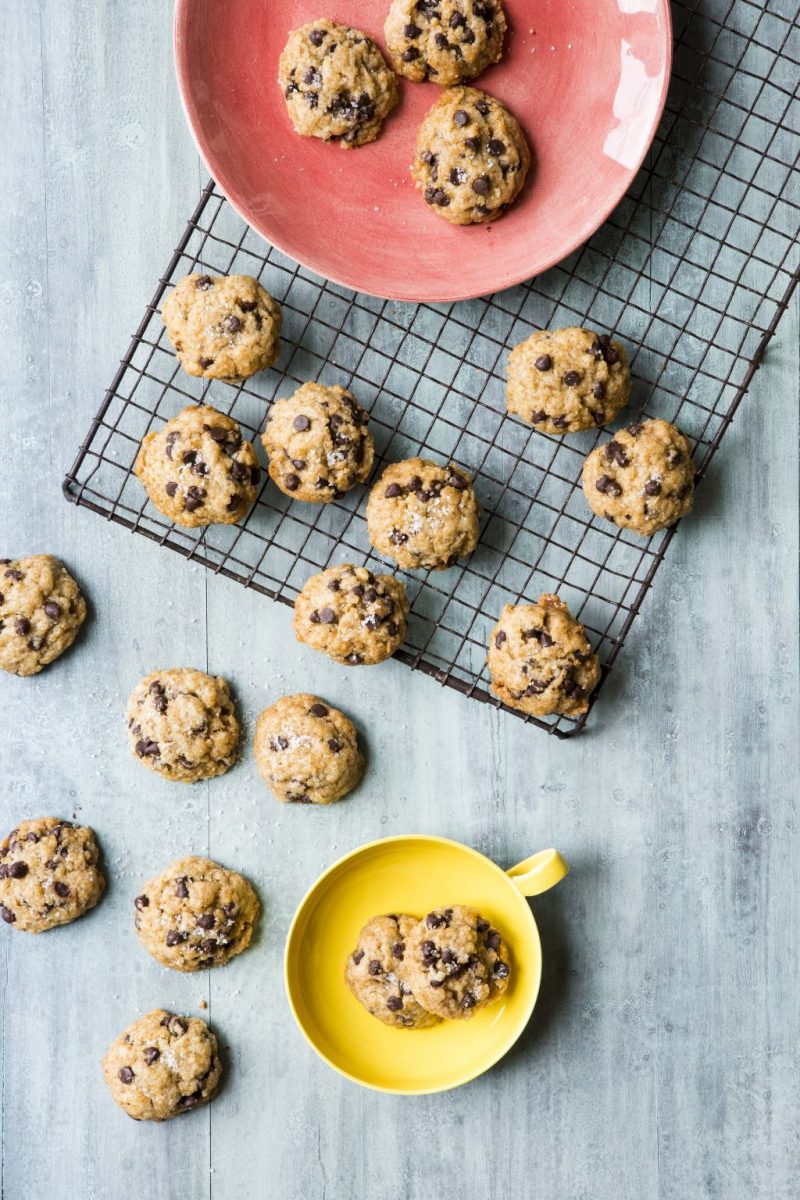 Tip: I know it's hard, but try to let these cookies cool for at least 10 minutes before digging in. They set nicely in that time.

Dustin Harder is giving away a copy of The Simply Vegan Cookbook to one lucky Nomadic Vegan reader.

Enter below for your chance to win, and be sure to watch your inbox for the lucky link that you can share to triple your chances of winning. Good luck!

This giveaway can also be entered via various giveaway directories on the web, including I Love Giveaways and Contest & Sweepstakes. As seen on Hypersweep.com!