The Nomadic Vegan Celebrates Its Birthday in Chamonix!

The Nomadic Vegan is one year old today! On the one hand it's hard to believe that a whole year has already flown by, and on the other hand it's amazing to think about how much this blog has grown from its very humble beginnings. To celebrate, Nick and I made a quick weekend trip to Chamonix in France. While we've been there to ski on several occasions, this was the first time we had experienced Chamonix in the summer. We took the cable car to the top of the peak known as the Aiguille du Midi, where the views were nothing short of spectacular.

We then hiked part of the way back down. With a stop for some celebratory chocolate cake, of course. 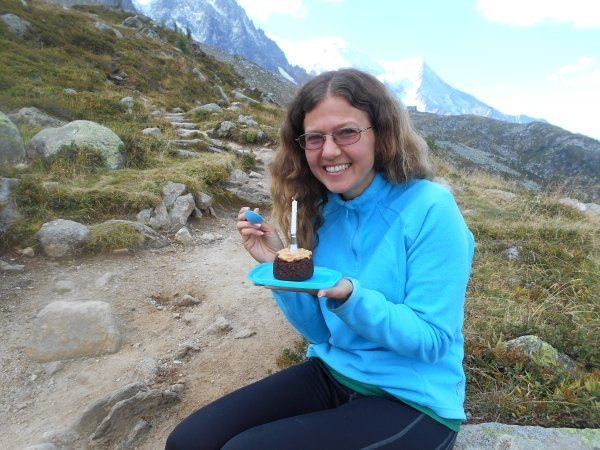 Celebrating one year of vegan travel

And not just any cake - a one-minute chocolate cake by Chocolate Covered Katie to be exact. If you don't already know Katie's blog, do yourself a favour and check it out! Dessert will never be the same again.

In addition to her mad skills at creating amazingly delicious and healthy vegan desserts, Katie also taught me to love 100% cacao chocolate bars. Crazy, but true. A square of this stuff has become my preferred after-dinner treat and has gone a long way towards helping me kick my sugar addiction.

So in honour of Hug-a-Fat Month, do yourself another favour and bite into some velvety dark chocolate. See how dark YOU can go! 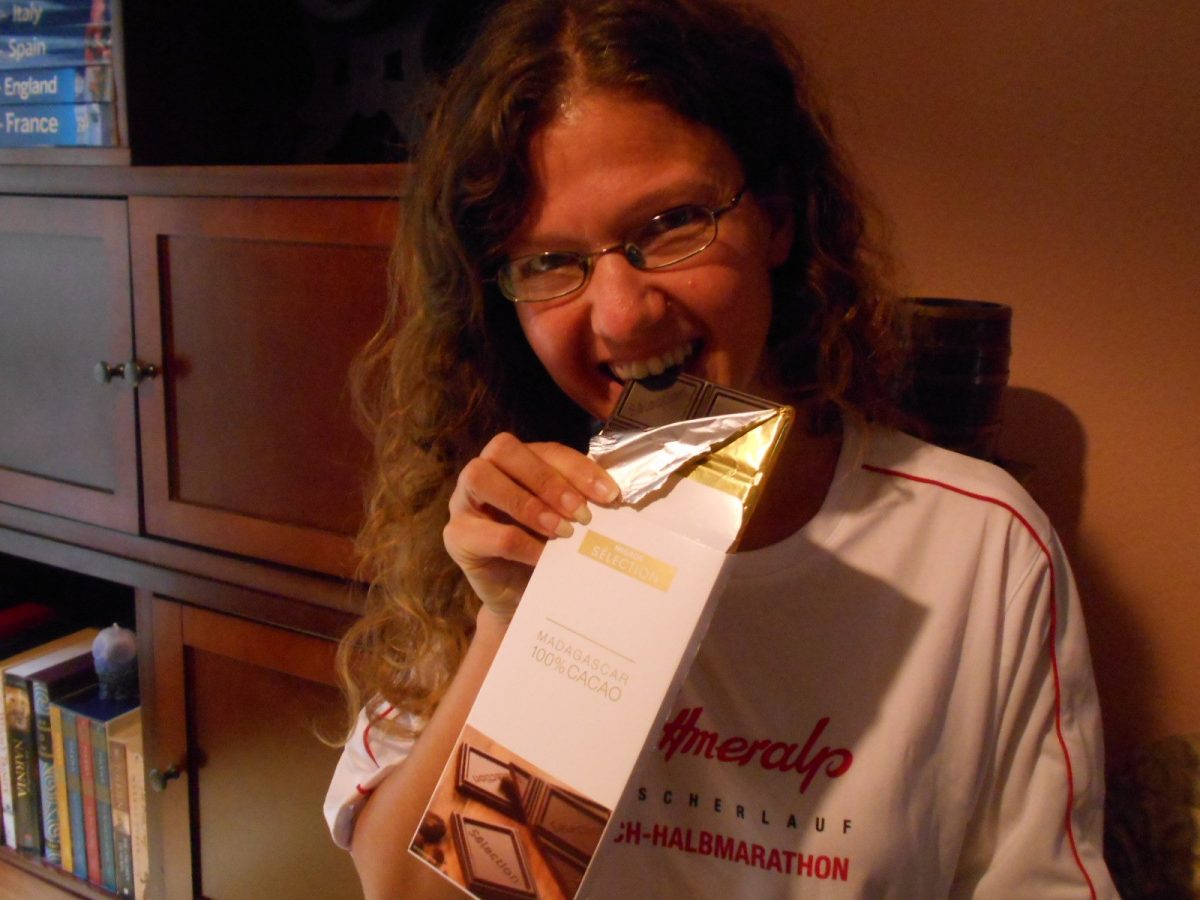 Now, when I said I brought chocolate cake with me up the mountain to celebrate The Nomadic Vegan's birthday, well, that wasn't exactly true.

The truth is, I brought chocolate cake with me up the mountain to celebrate my own personal one-year anniversary as a vegan, which was on 10 September 2015 - the day we went hiking in Chamonix. But, my own veganniversary and the anniversary of this blog are so inextricably linked that I thought I should share it with you today, one year after the Nomadic Vegan's first blog post was published.

If you want to know how The Nomadic Vegan was born, here's the short version.

It all began in May 2014 when I heard an interview with Alicia Silverstone on the Food Revolution Summit. While I had been wanting to go vegan ever since then, the fear that being vegan would ruin travel was one of the main things holding me back.

Nevertheless, on 10 September 2014 I arrived in Greece for a three-week trip, and I decided to use that trip as a trial run to see if vegan travel was really possible.

“As long as men massacre animals, they will kill each other.” - Pythagoras 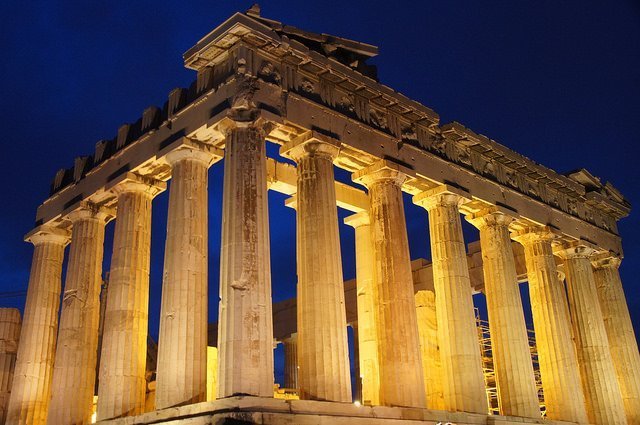 I was shocked to find that, not only was it possible to be vegan and still travel, it actually made travel about a dozen times better! I had never before experienced travel as a culinary adventure like I did on that trip. I was vegan from the day I touched down in Athens and have never looked back.

As soon as I returned home, I got to work on starting a travel blog - something I'd never done before and, up until then, had had no interest in doing, despite being a seasoned traveller with nearly 100 countries under my belt.

I'll be honest, I've never been much into Internet culture​. Social media, blogging, social bookmarking...I could never keep up with all the new fads, and it just seemed like a massive time suck.

But I knew I wasn't the only one with misconceptions about vegan travel, and I decided I had to show the world how delicious, fun and fulfilling it really was. Suddenly, I saw blogging as more than just keeping an online diary; I saw it as a way to change the world.

Each of us has our own gifts, talents and experiences. Our own role to play in creating the kind of world we want to live in. That trip to Greece made it abundantly clear to me that being a nomadic vegan was my role. And thus, The Nomadic Vegan was born.

Would you also like to leave your worries behind and experience the joys of vegan travel? Then enter your email below, and I'll send you a free copy of my ebook, 8 Steps for Fun and Easy Vegan Travel. Bon voyage! 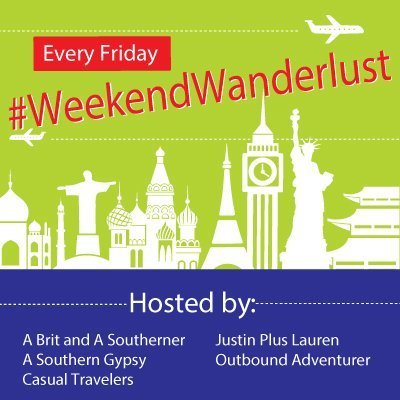