A Local’s Guide to Vegan Barcelona 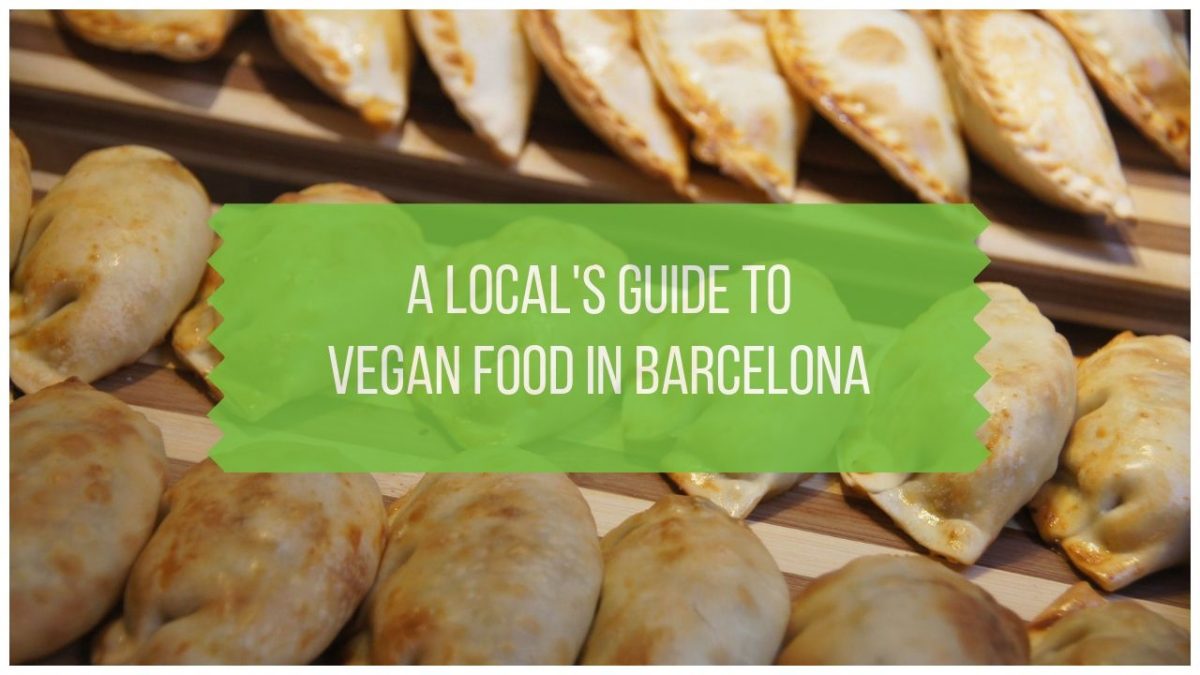 Given Spain’s well-known love for jamón, visitors to Barcelona are often surprised to find out just how vegan Barcelona really is.

The local city government even declared itself to be a “friend of vegan and vegetarian culture”, making Barcelona the first official veggie-friendly city in the world.

In fact, most of Spain is more vegan-friendly than you’d think, but Barcelona is certainly one of the top vegan foodie destinations in the country.

In this vegan Barcelona food guide, I’ll share with you six local places that you MUST visit for amazing vegan eating in Barcelona. 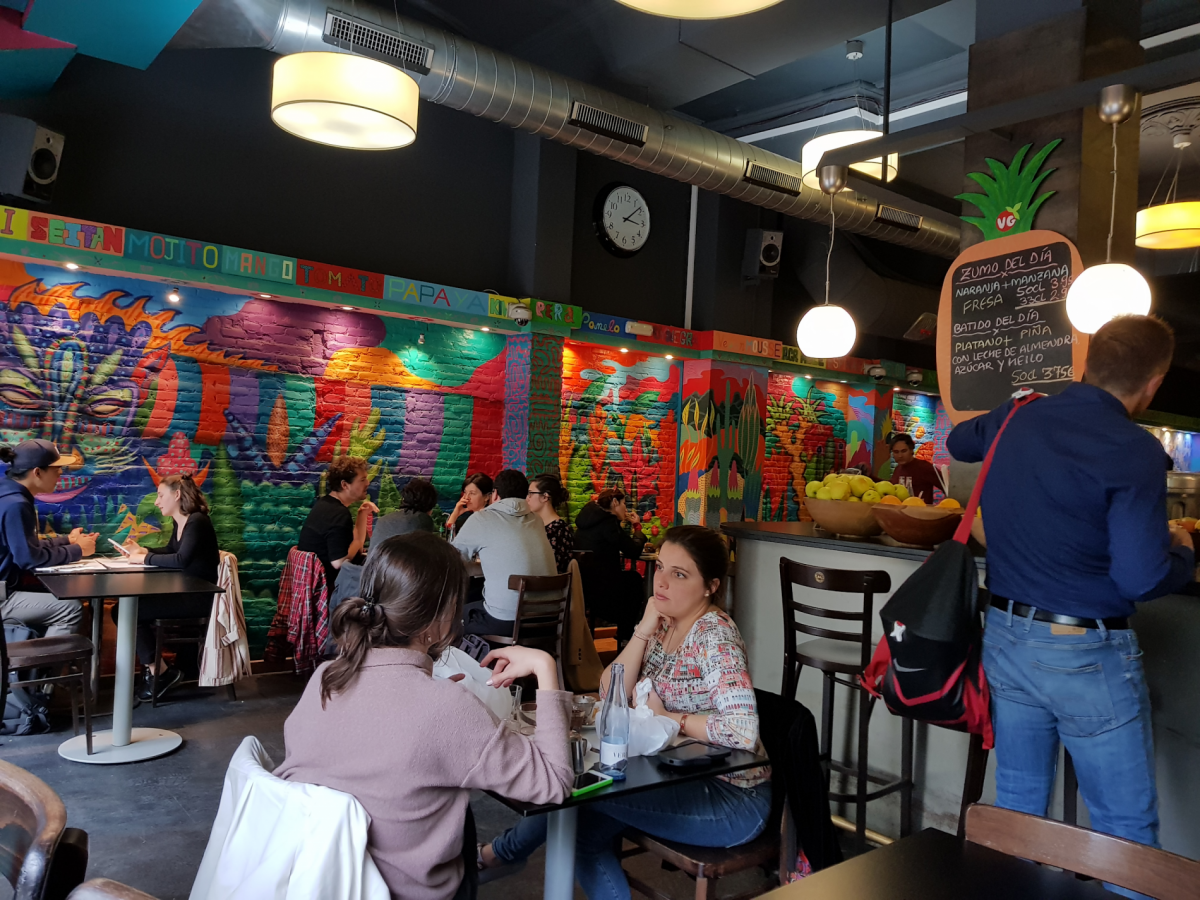 Veggie Garden is a vegan canteen-style eatery. The place is decorated with lots of color in a hippie style, which gives it a very cool and happy vibe.

Food here is tasty and cheap. Everything is 100% vegan, and there are also plenty of gluten free options.

They have a set menu for less than €10 that includes a starter (a salad, hummus or gazpacho), a main dish (Indian thali, seitan or tofu burger or vegan lasagna) and a dessert (vegan apple crumble or fruit sorbet).

The cherry on top of the cake is that the menu also includes a bottle of water or a glass of wine. That’s quite a good deal for a place located in the center of Barcelona!

But if you feel like ordering à la carte, no problem. Veggie Garden has many options that I haven’t tried yet but that look really yummy, like a wrap with guacamole and vegan cheese, vegetable Biryani (an Indian rice dish), the C-Momo Especial (Nepalese dumplings) and the infamous mango lassi.

Veggie Garden has two locations, which are very similar to each other: 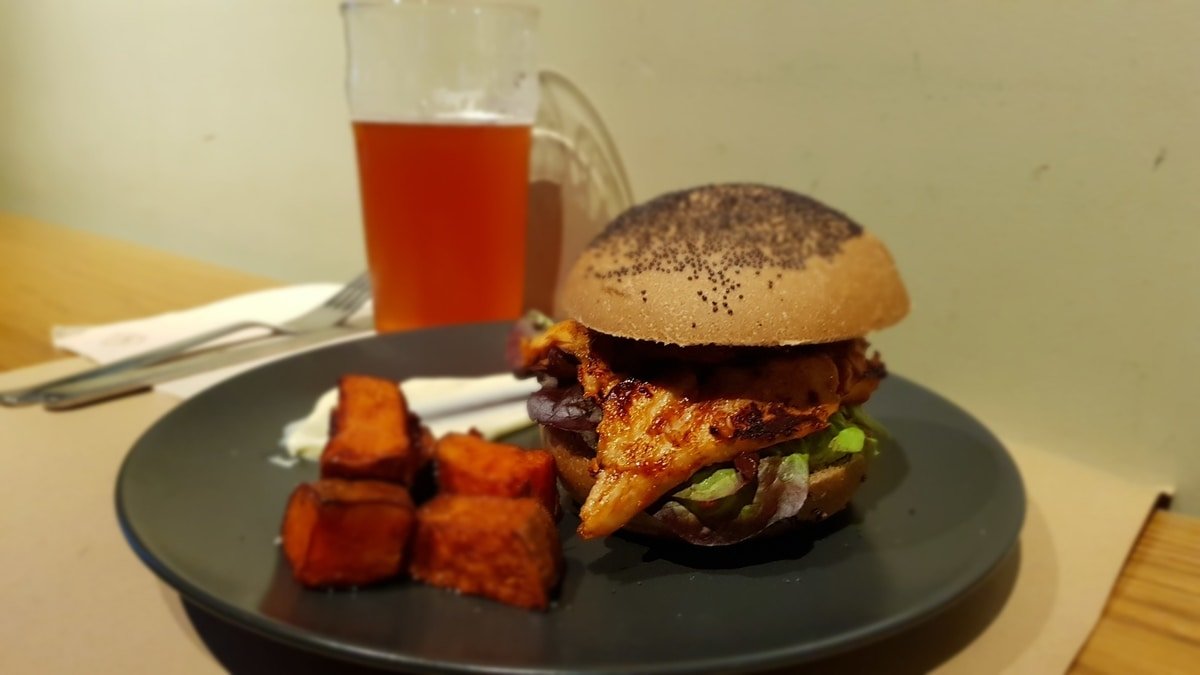 Vegan Pulled Pork Burger at Ale and Hop in Barcelona

Ale&Hop is one of those new trendy craft beer places. Yes, craft beer has arrived in Barcelona too!

This place is located off the beaten track in a charming little square at the entrance of the El Born neighborhood. The atmosphere here is cool and casual, and the staff is very friendly.

They always have around 10 beers on tap, a good selection of IPAs from around the world like Ales, Weissbier and Porter, and a lot of bottles in the fridges as well.

But beer is not the only thing Ale&Hop does well; it’s also a restaurant. There’s a room with tables at the back where you can order food.

This place has many vegan options. In fact, most of the menu items are vegan! Some of their vegan tapas include hummus, nachos, sweet potato bravas and Catalonian tomato bread.

Want to learn more about vegan tapas in Spain? Check out this insider look at a Madrid vegan tapas tour!

As for the main dishes, I recommend the zucchini carpaccio, the vegan “coca” and the burgers. And no, I’m not talking about coca leaves. In Barcelona, coca is a Catalonian flat bread, almost like a pizza.

If you’re craving a burger, you can choose between their lentil burger, Mexican burger, beetroot and chickpea burger or pulled “pork” burger. The prices for food range from €1.5 to €8, which is really reasonable.

This place is a hidden gem. 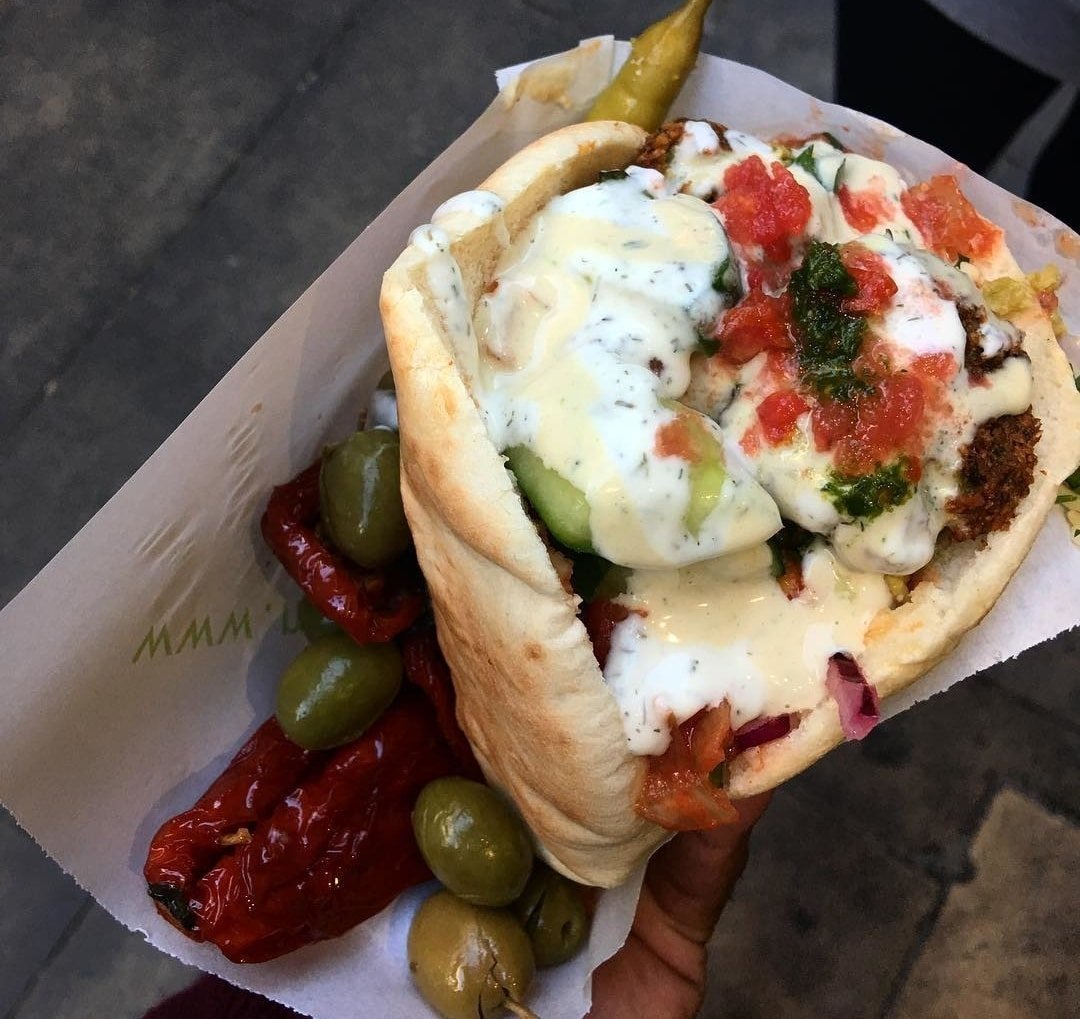 Maoz is a tiny fast food joint located in Barcelona’s Gothic quarter. It’s just a two-minute walk from La Rambla on one of the most popular streets of Barcelona (popular with tourists, anyway).

This place doesn’t do a lot of different things, but what they do, they do very, very well. The specialty here is crispy, crunchy falafel. If you’re reading a vegan blog, I probably don’t need to tell you what falafel is.

But just in case you’ve never had the pleasure, it’s a deep-fried ball of smashed chickpeas and is one of many naturally vegan Middle Eastern dishes. At Maoz, you can order your falafel inside a pita bread (both white and whole-wheat options are available) or in a salad.

Then you customize what other ingredients you add to your pita bread or salad. Maoz offers many options from a buffet like tomatoes, onions, cucumber, eggplants, olives, cabbage, red pepper, sesame seeds, beetroot, broccoli, parsley, lettuce and several different sauces.

And there’s free refills on everything! You can go back to the buffet to load up your pita bread or salad as many times as you want.

Maoz started off as a chain of vegetarian restaurants in the Netherlands, but in 2018 they turned completely vegan.

The only downside is that there are very few places to sit, and it can get busy at pretty much any time of the day. But the good news is that you can order takeaway, though of course you would then miss out on the free refills at the salad buffet.

Located in a very small space (perhaps a little too small) next to Plaça Universitat, Santoni Cafetería Vegana is a 100% vegan café and bakery. While their vegan baked goods are what they’re known for, they also provide full vegan meals.

They have a handful of tables for eating in, but be warned that these can fill up quickly. On the menu, you’ll find empanadillas, pizzas, burgers, quiches, sausages, sandwiches, cakes, donuts and much more. And everything is vegan!

They also have a daily set menu that can include a vegan burger, a pizza or a sandwich with potato wedges, a salad and a drink.

But the most famous thing here has to be the vegan breakfast. Santoni bakes the most amazing vegan croissants. Even non-vegans say that these taste better than regular croissants!

Really. Croissants are Santoni’s flagship product. Trust me when I say you need these croissants in your life.

As for drinks, there is a nice selection of juices, some local craft beers in bottles and a very nice coffee (with soy, oat or rice milk).

Bacoa Burger is a Spanish franchise that specializes in … burgers, of course! In addition to the cow flesh burgers, they also serve a couple of vegan burgers that are truly delicious.

The vegan burgers are also cheaper than the cow burgers, so yay!

The Grand Vegano, made with a chickpea spinach patty, tomato chutney and whipped avocado (7€).

It’s possible to customize your vegan burger by choosing the type of bun (white bread, whole grain or brioche) and by adding avocado, pickles or caramelized onions.

Your can be accompanied by French fries, “rusticas” (potato wedges) or patatas bravas. The latter is one of the most popular Spanish tapas, and it’s vegan as long as you ask for no mayo.

In Barcelona, there are no fewer than five Bacao Burger restaurants : 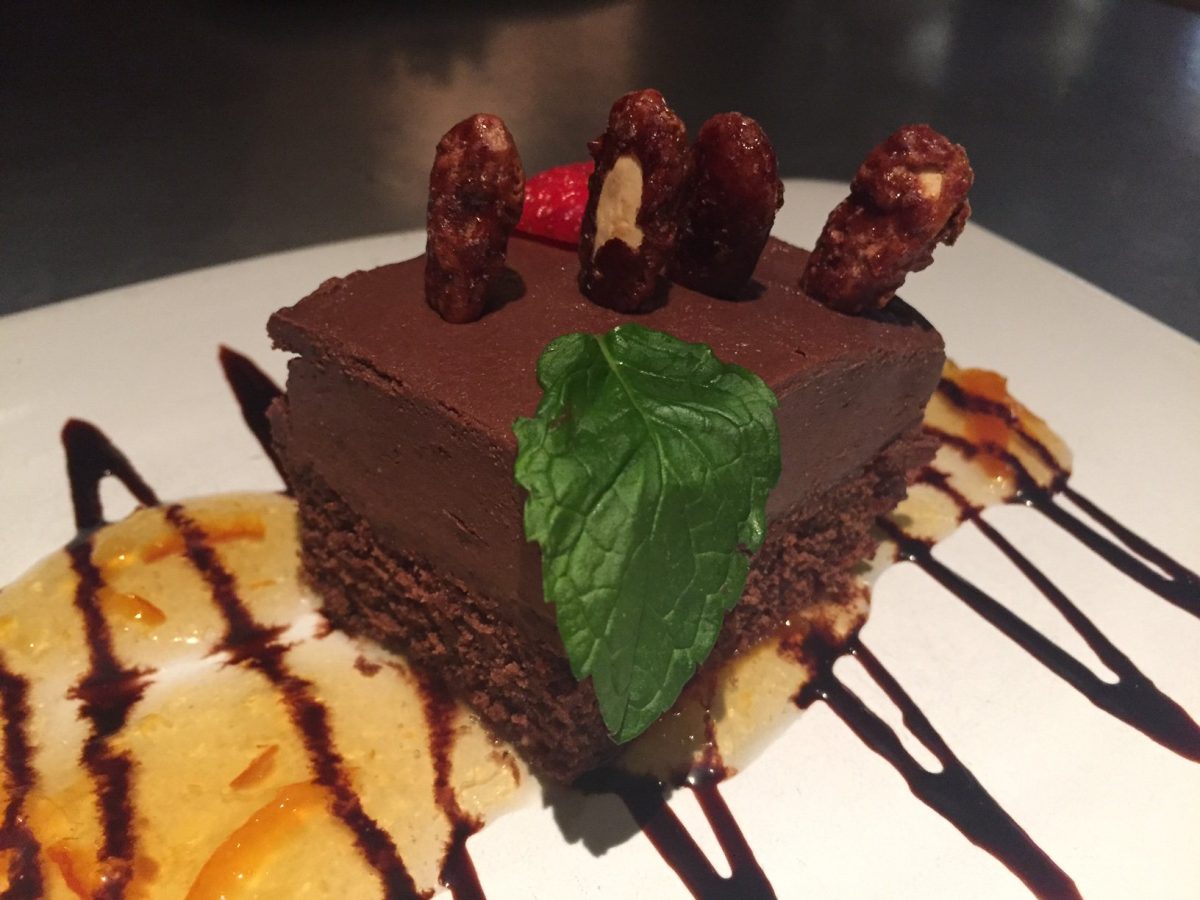 This is a beautiful and stylish - yet still affordable - vegetarian restaurant that has been in business since 1979. It’s quite popular, so you might have to wait a few minutes to be seated.

The waiting area is filled with huge baskets of fresh produce – definitely a good sign. During the week Teresa Carles offers a good-value set menu that changes weekly and includes five different choices of main dishes, most of which are vegan.

You can have the full menu that includes soup or salad, main and dessert, or you can also choose just one or two of these courses.

If you’re ordering à la carte, there are also salads and tapas in addition to the starter, main and dessert options. Some of my favorite menu items here are the healthy nachos and the guilt-free choco cake.

And if you’re still not satiated after these six top vegan Barcelona restaurants, or you’ve got some more time to explore the Barcelona food scene, check out these bonus picks:

A vegetarian Indian restaurant with a mostly vegan menu. The food is good value and very authentic, although the spice level is toned down a bit for the Spanish palate.

Pizzas with homemade vegan cheese are the specialty here, although you can also get burgers, pasta smoothies and desserts like tiramisu. 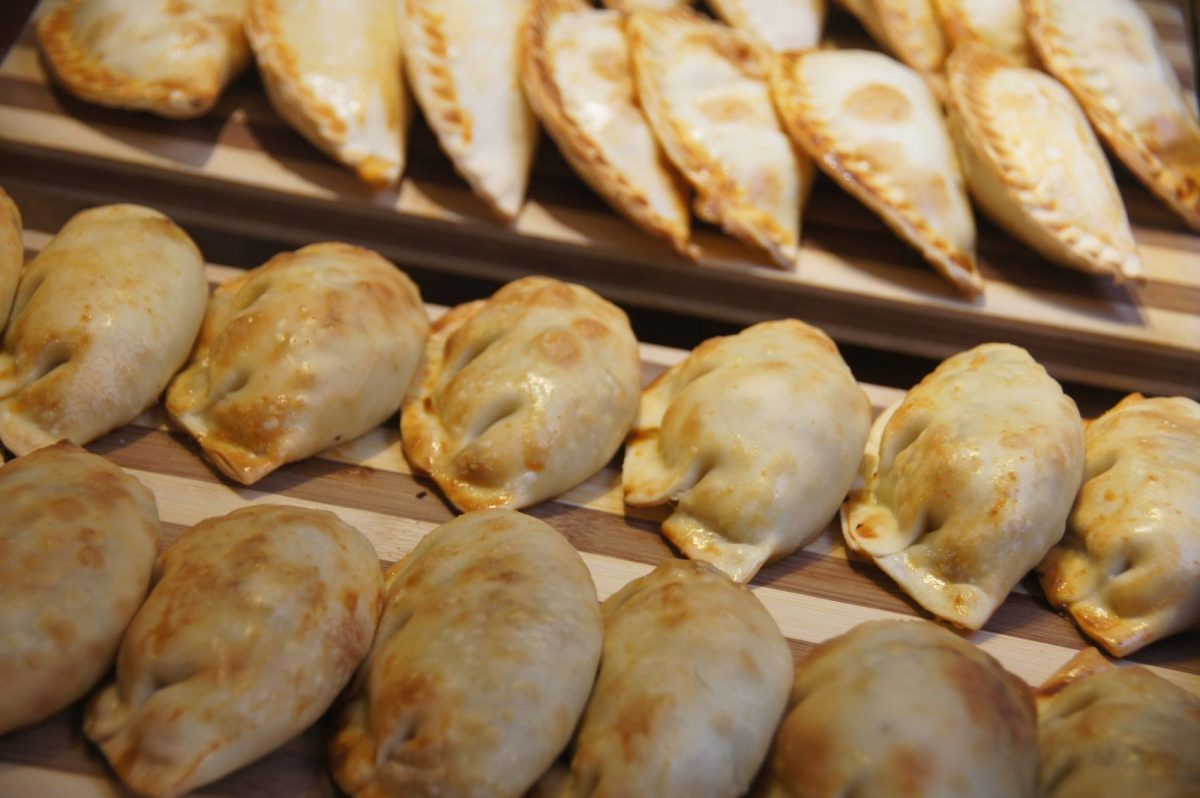 A fully vegan, macrobiotic restaurant specializing in bento boxes and other healthy options like soups and salads. Everything is organic, and you can also order takeaway from here.

An upscale gourmet vegetarian restaurant serving a variety of international cuisines. Most dishes can be made vegan. Very pleasant atmosphere, with live music on Tuesdays and Thursdays.

Lots of different flavors of vegan ice cream, including chocolate, pistachio and hazelnut as well as the usual fruit sorbets. Last time I was there, they also had vegan brownies for sale!

Where to Stay in Barcelona

This eco-friendly boutique hotel in the up-and-coming neighborhood of Gracia is a great place to base yourself while exploring Barcelona. Enjoy the view of the city from the rooftop terrace.

Heading to Madrid too? You’ll also find a fantastic vegan foodie scene in the Spanish capital. 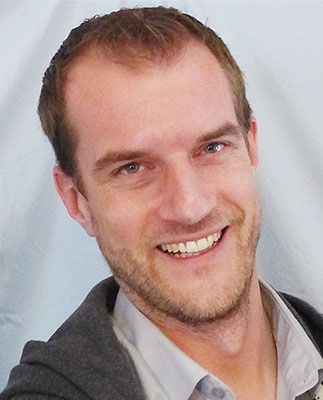 Dorian has travelled 5 continents and visited around 40 countries. He lives currently in the trendy city of Barcelona (Spain) and loves every single bit of it. 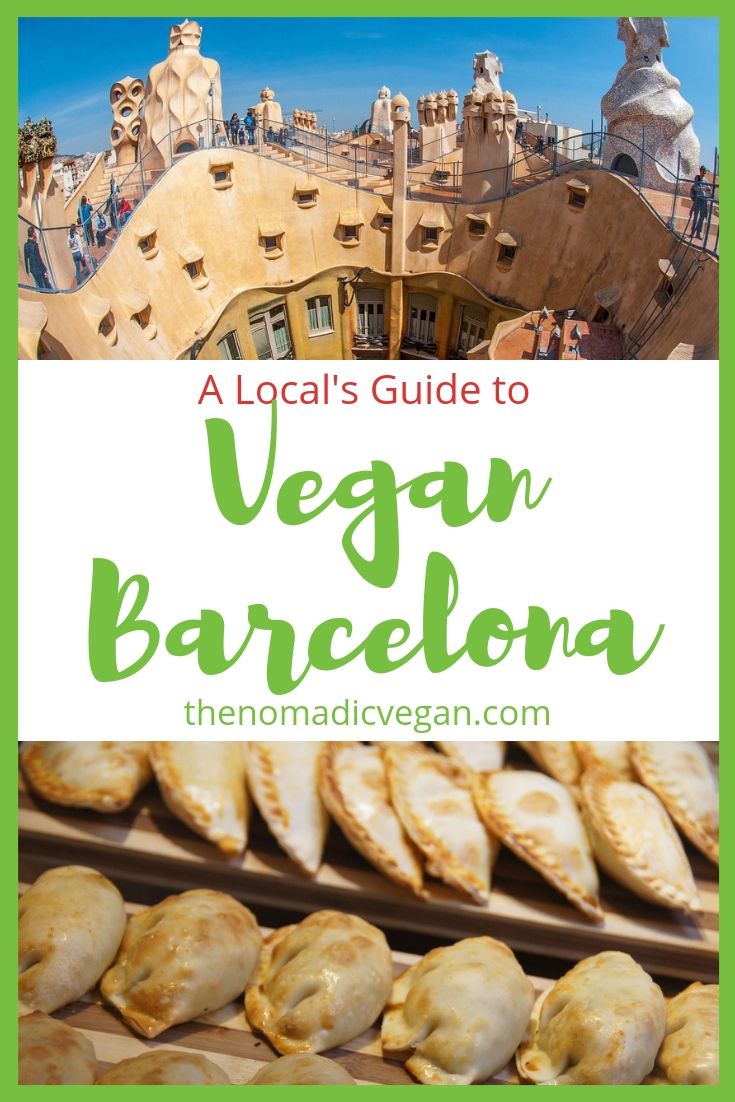 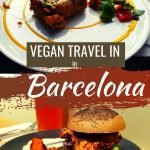 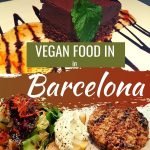 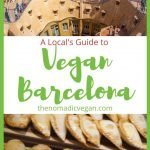