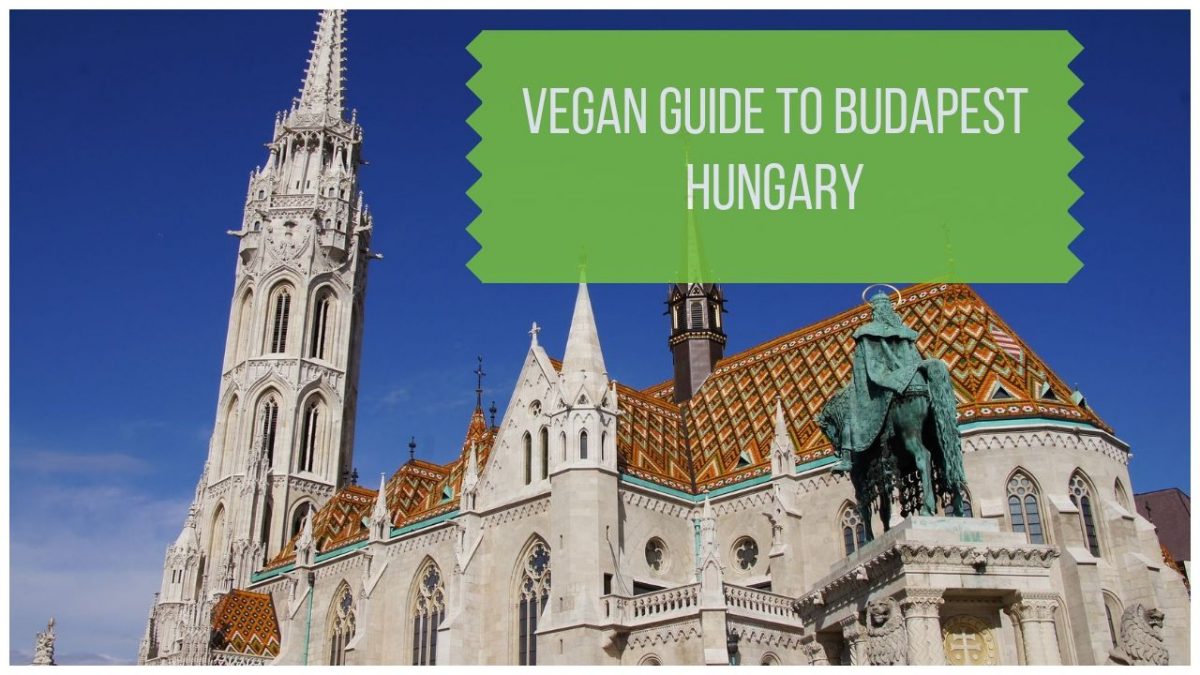 With its scenic setting on the two sides of the Danube River, blend of old and modern architecture and rich cultural scene, many describe Budapest as the ‘Paris of the East’.

Traditional Hungarian food is spiced with paprika and is rich and hearty. It is dominated by stews, soups and pancakes, most of which are meat-based. However, the recent explosion of the vegan Budapest food scene has added another dimension to this central European cuisine.

My travel research is never limited to just the most recommended places to see and visit. In fact, the food research is what I enjoy most. I start with the HappyCow directory of vegan restaurants, browse through reviews on TripAdvisor and finally read blog posts written by fellow vegan travellers.

What I am always keen to find are the little undiscovered gem cafes and restaurants, as well as places that have gone the extra mile to turn traditional dishes that contain animal products into 100% plant-based ones. 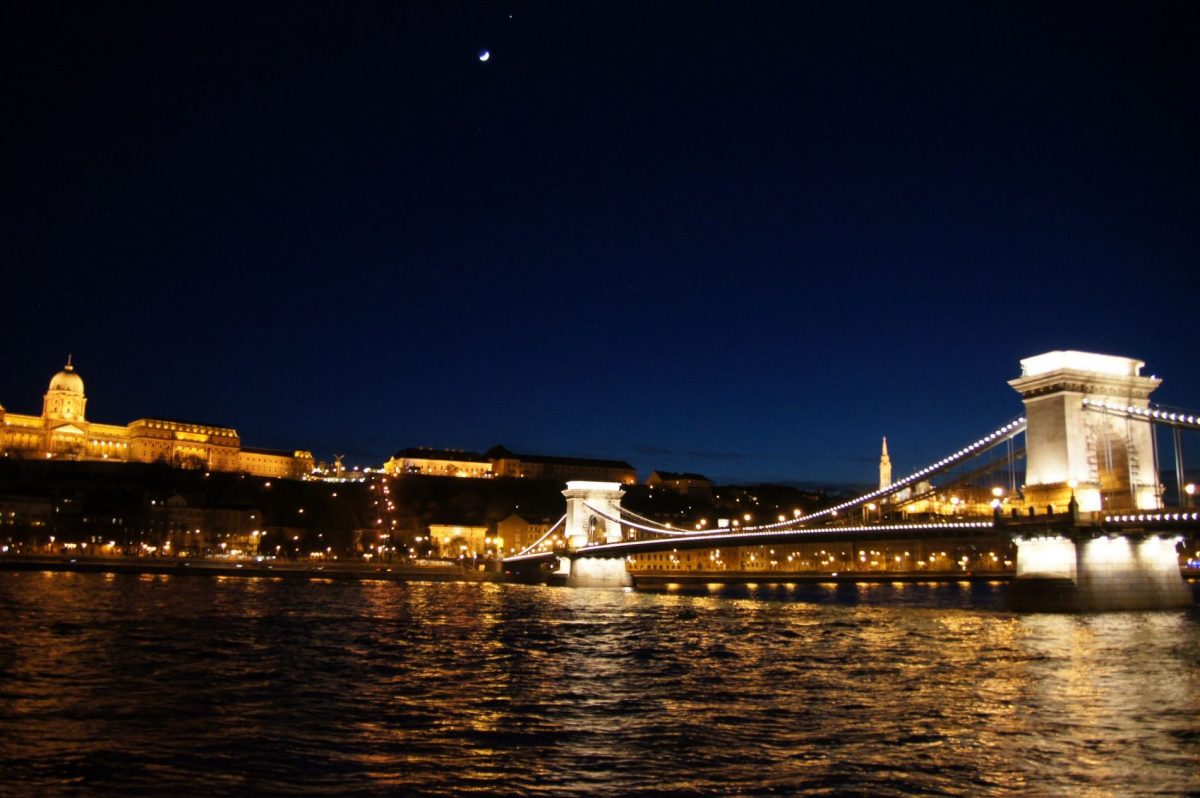 Before I even left for my trip, I had a feeling that Budapest would surprise me. And it certainly did. Ten years after my first visit to Hungary, I was amazed to see how much Budapest has changed, both in terms of tourist infrastructure and also the restaurant scene.

Everywhere we went, we passed by places that were either 100% vegan or were advertising special vegan menus. We quickly realised that three days would not be enough to try all of these amazing-looking dishes, but we certainly made the most of our visit.

Here I would like to present you my top five places to enjoy vegan food in the vibrant city of Budapest. 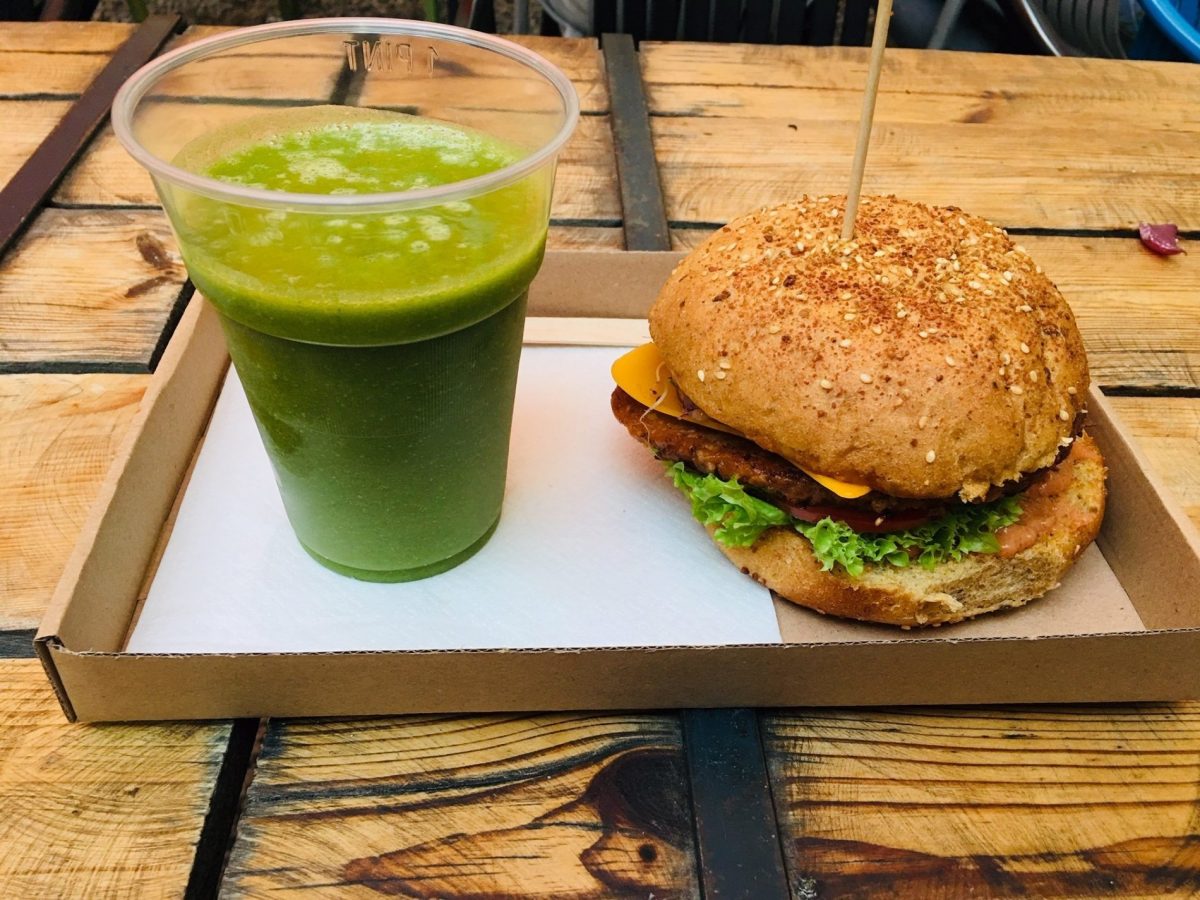 With three vegan food trucks/kiosks around Budapest, Las Vegan’s serves delicious vegan burgers, crispy fries and fresh smoothies. This is the place to come for vegan street food in Budapest.

The selection includes the Forest Burger with a mushroom patty, the Indian Chickpea Burger, the Coated Burger with vegan fried cheese, and Carrot, Seitan and Thai burgers.

Served with internationally flavored sauces and toppings, such as curry sauce, onion jam, pineapple salsa or peanut sauce, these vegan burgers truly are a delicious explosion in your mouth. The smoothies are packed with vitamins and other nutrients, providing a healthy addition to what may be considered a fast food meal.

If you’re a burger fan, another popular option is the vegan burger restaurant called Vegan Love, which is across the river in the Buda side of town.

It’s a small café with a large menu that consists mostly of fast food, such as juicy vegan burgers, hot dogs and gyros, as well as a self-service salad bar. Don’t miss the sweet potato fries!

Vegan Love is justly popular and doesn’t take reservations, so you may have to wait a little while for a table. The owners also run the Vegan Love Food Truck, which makes appearances at lots of events in Budapest and beyond. 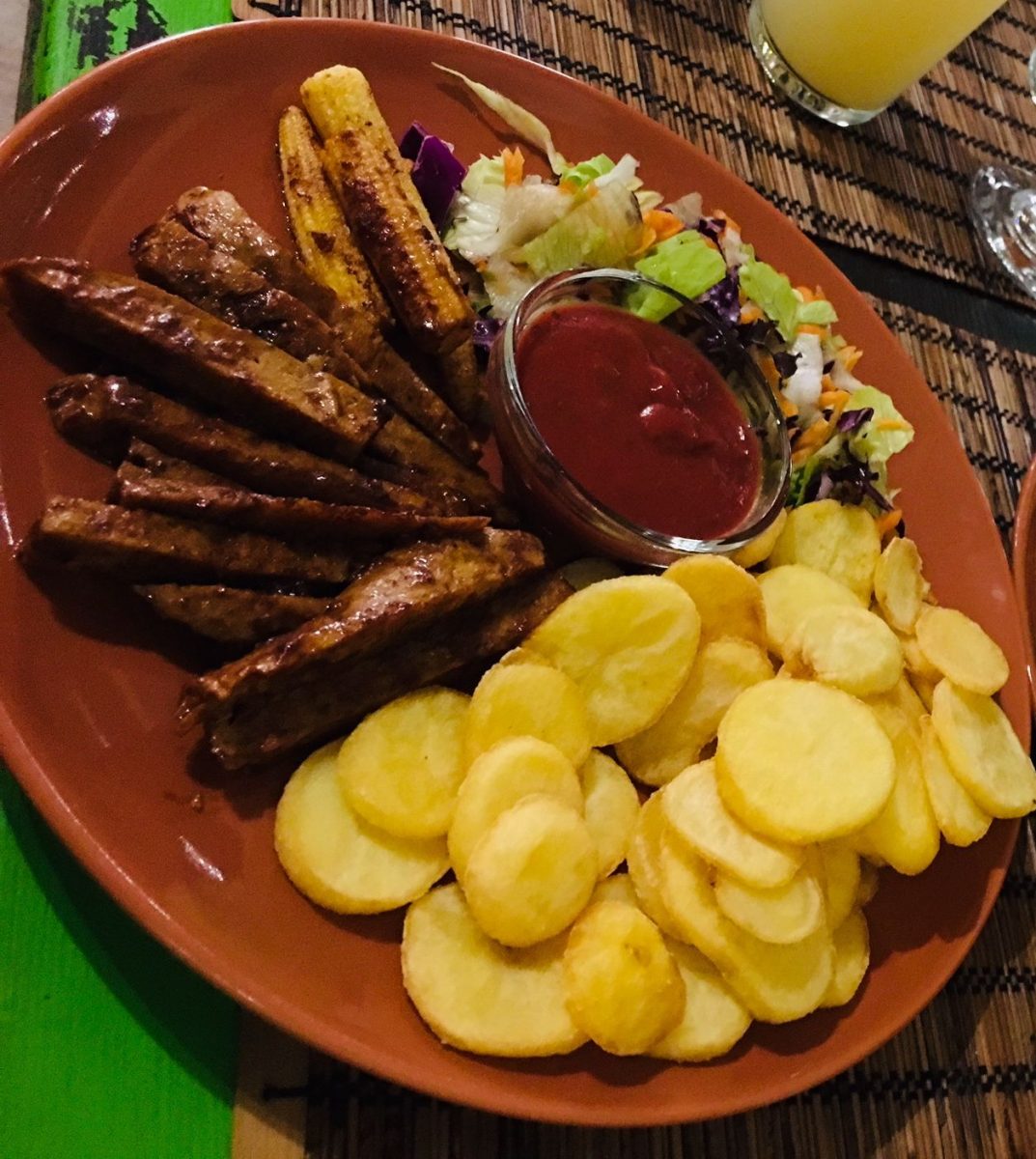 The 100% vegan restaurant Kozmosz is located in a quiet neighbourhood of Budapest, not too far from the historic city centre.

It serves delicious traditional Hungarian dishes that have been veganised, such as bean goulash, seitan stew with ‘nokedli’ dumplings or ‘cottage-cheese csusza’ (pasta). Gluten free options and soy free options are clearly marked on the menu.

Other more international food staples to enjoy include mushroom ragout with coconut milk, a beetroot burger and Greek briam (baked courgettes and potatoes). If you have a sweet tooth, you should definitely try the layered pancake or one of the other seasonal desserts. 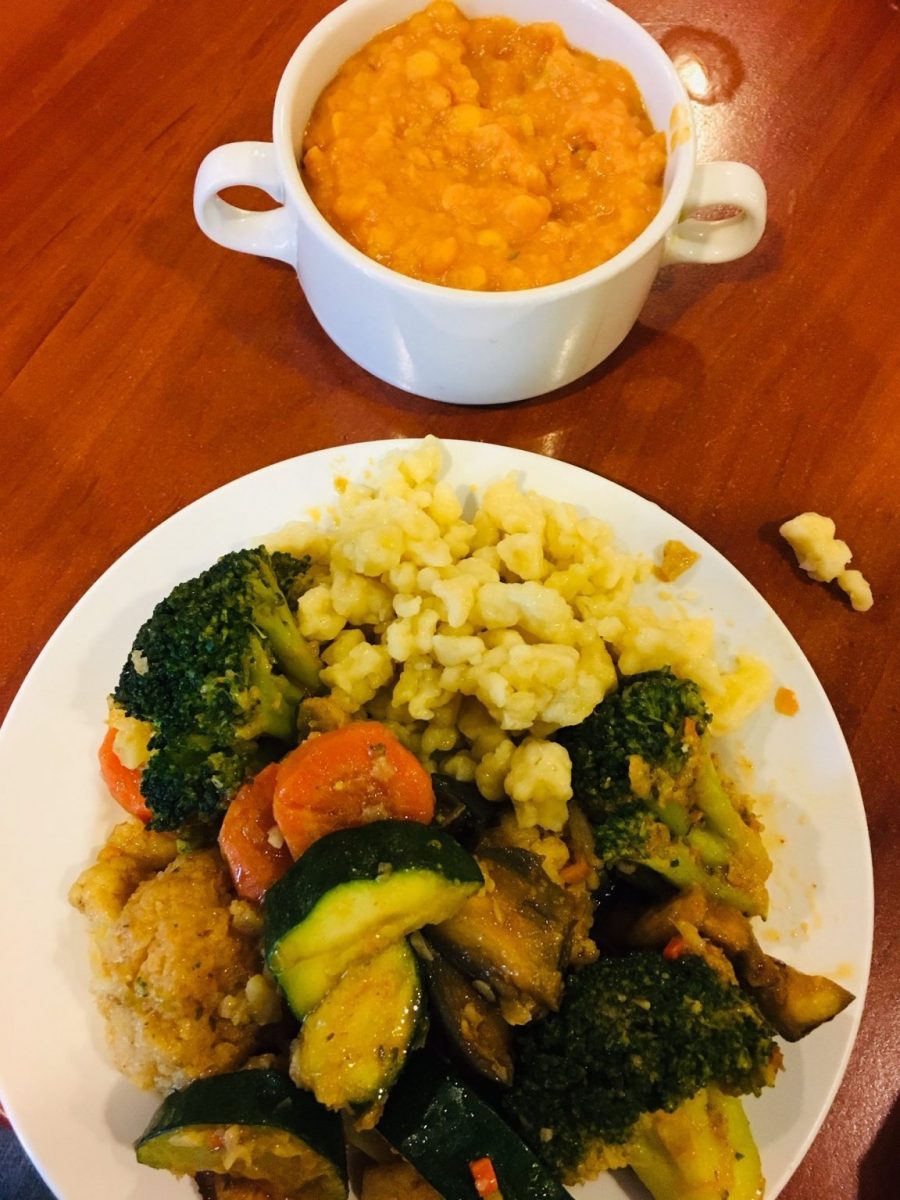 Simple, hearty and no-fuss. Three words that can best describe this restaurant that serves traditional Hungarian cuisine with some vegetarian and vegan options. Located between the Nyugati Main Railway Station and the Houses of Parliament, Lecso Magyaros Gyorsetterem is a convenient spot to enjoy food that feels both homemade and authentic.

At lunchtime, the restaurant offers a selection of more than 50 self-service buffet style dishes. Then at dinner time, one can enjoy a table service experience with even more menu items to choose from.

The vegan options include a variety of vegetable soups (just check that no cream was added), fried vegetables, salads and pickles (check for mayonnaise) and rice and pasta-based dishes. Very affordable prices and quick and friendly service. 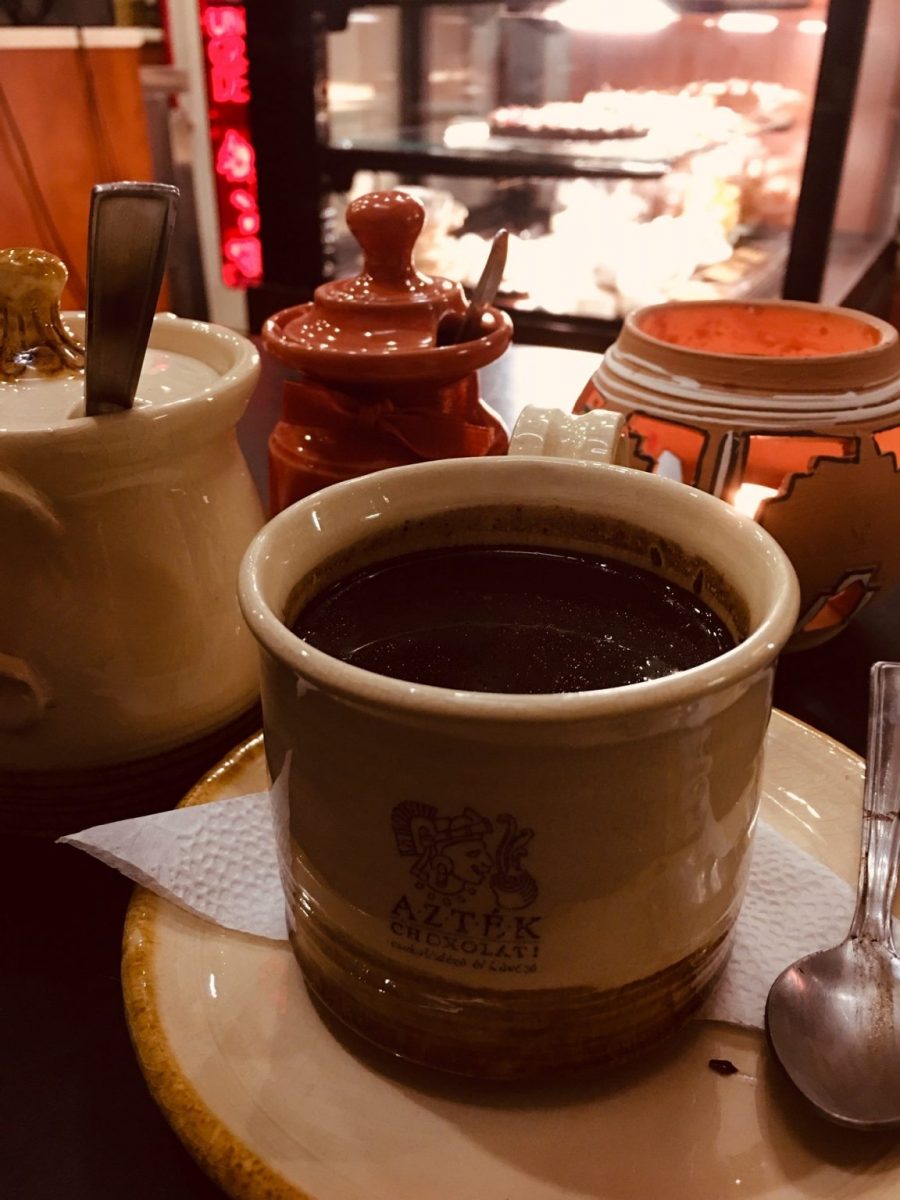 This small and cosy café and chocolate shop offers an impressive selection of artisan and handmade pralines and heart-warming hot chocolates. Aztek Choxolat is a perfect spot if you are looking for a calm and relaxing atmosphere on a busy sightseeing day.

You can find it tucked away in a lovely courtyard just across from the Great Synagogue and the centre of the Jewish Quarter. All the dark chocolate-based hot chocolates can be made vegan, and there’s also a selection of rich vegan Hungarian and Aztek chocolate pralines. 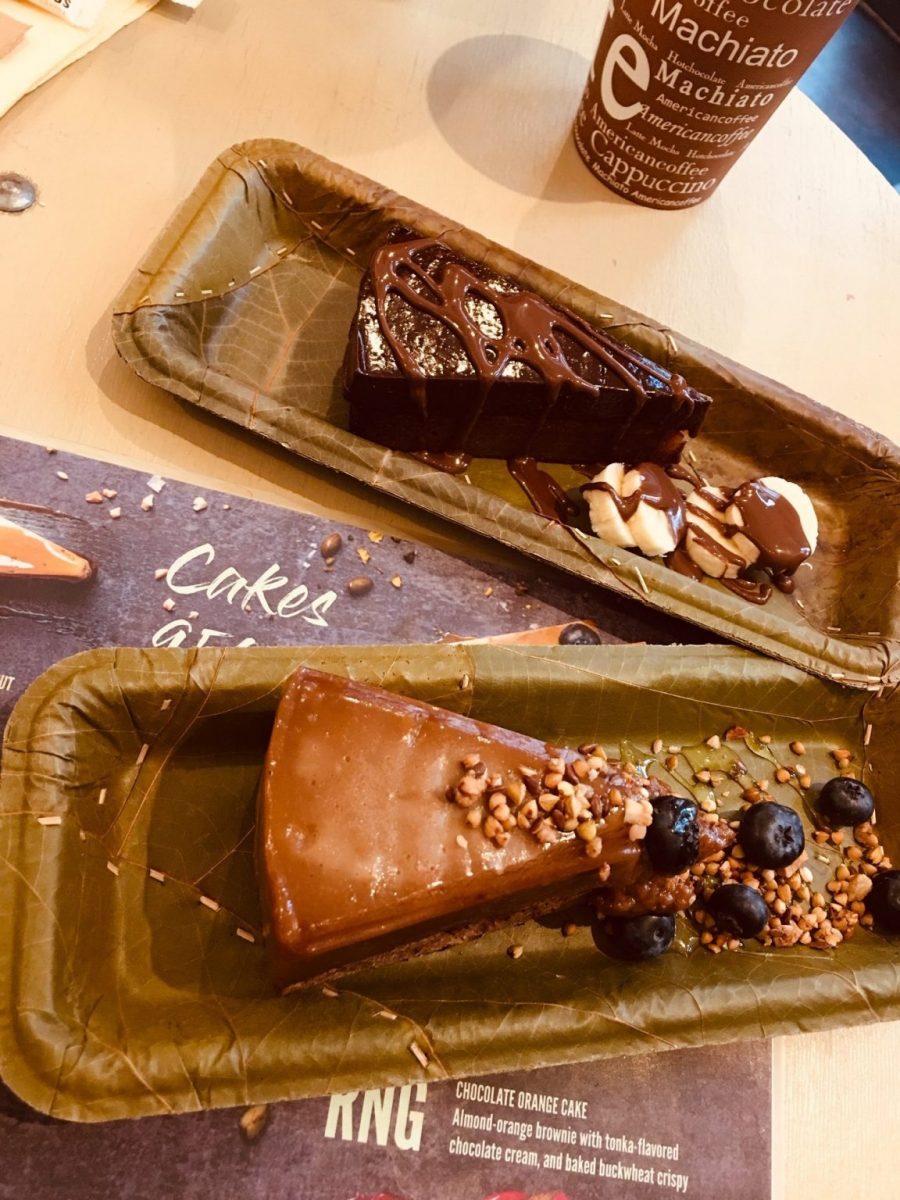 The best vegan Budapest desserts are at Gelarto Bistro

This beautiful rose ice cream shop and little bistro restaurant located near St Stephen’s Basilica is now not only one of the best spots for dessert in Budapest, it’s also a real vegan paradise. The menu, which was revamped in June 2018, offers mouth-watering, colourful and healthy breakfast and lunchtime dishes.

Amongst these are the tropical smoothie bowl, chai-spiced oat porridge, grilled chickpea omelette, as well as a selection of sandwiches, salads and mezzes. For me, though, the highlight was the cakes and coffee.

The chai-spiced banana chocolate cake with caramel-chocolate cream and buckwheat crunch was rich and delicious. However, nothing can beat the spiced apple cake with hazelnut cream, which is honestly the best vegan cake I have ever eaten! All of this can be enjoyed with a creamy coconut or oat milk latte. Pure heaven!

The name translates as “Napfényes Restaurant and Pastry Shop”, and this long-standing restaurant is in a prime location near the river and has been open for nearly a decade. It has lots of new vegan restaurants in Budapest to compete with now but is still holding its own and remains extremely popular.

Everything here is 100% vegan, right down to the vegan sour cream and the vegan cheese. Check their website for the daily menu, which always changes.

If you’re looking for generous portions with a small price tag, this fully vegan canteen is hard to beat. The buffet includes about 10 different main dishes, both vegan Hungarian dishes and more international flavours. These change every day, so eating here is always a new experience.

In addition to the main dishes, there are also cakes, smoothies and other snacks. Vega City is right across the street from the Hungarian National Museum in District 5, so it makes an obvious lunch stop after a visit to the museum.

It’s very popular, but there’s plenty of space, so you shouldn’t have too much trouble getting a table here.

If you fancy lingering over afternoon tea in an opulent setting and feeling like royalty for a day, this is the place to do it. Located in the Jewish Quarter in District VII, New York Café has been called “the most beautiful café in the world”, and it’s easy to see why.

The live klezmer music adds to the ambience, and the interior decoration is nothing short of spectacular. Of course, you do pay a pretty penny for it, and the service can sometimes be erratic. They offer a vegan version of their afternoon tea on request. It’s best to make a reservation in advance. 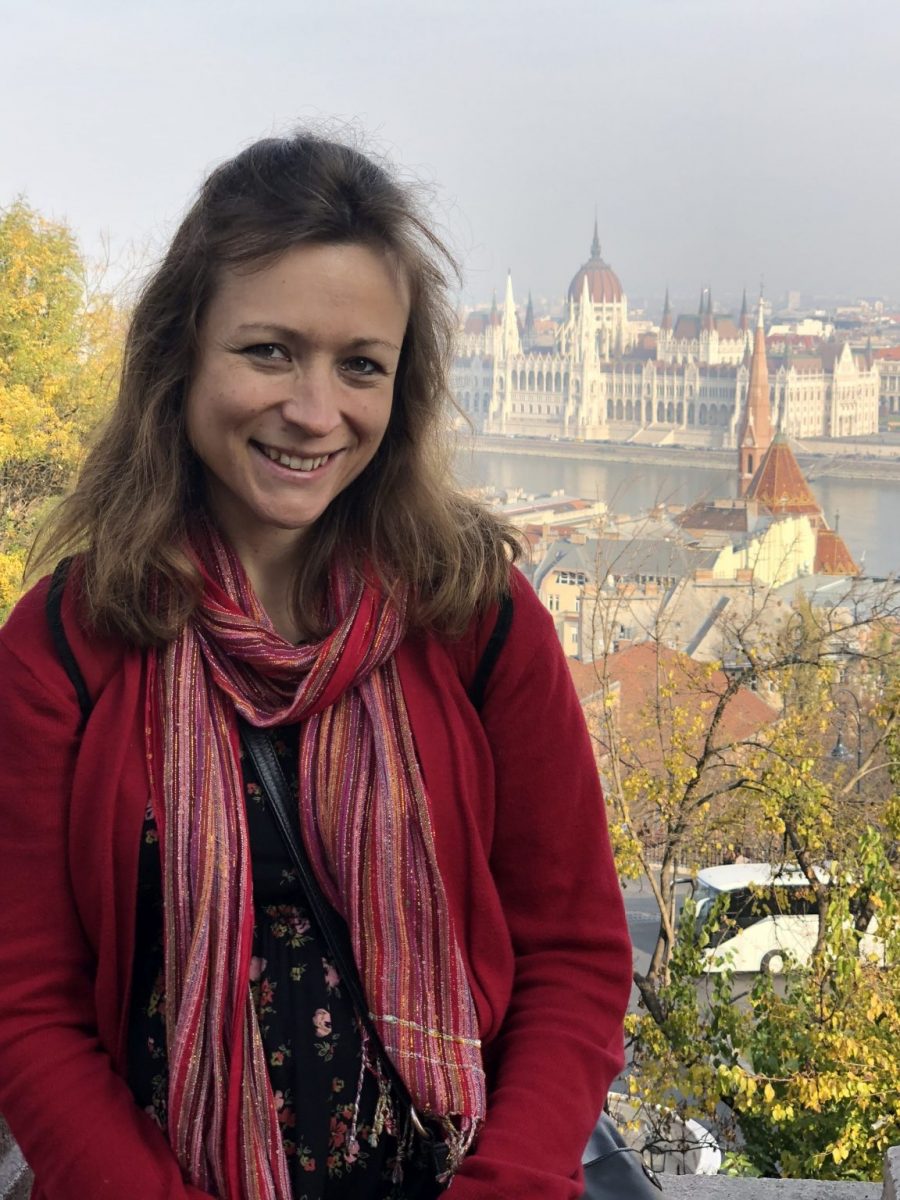 A Girl with a Travel Bug

Gosia Mobbs is an aspiring freelance travel journalist, certified ILM coach and English language teacher. She is passionate about travel, has visited 54 countries and lived in 5 in the past 12 years and speaks 7 languages.

In January 2017, she took part in Veganuary and has been on her vegan journey since then. You can find out more about Gosia and her travel adventures on her blog, A Girl with A Travel Bug, and follow her vegan food inspirations on Instagram.

Read More: Check out our vegan traveler tips and vegan travel guides for other cities around the world! 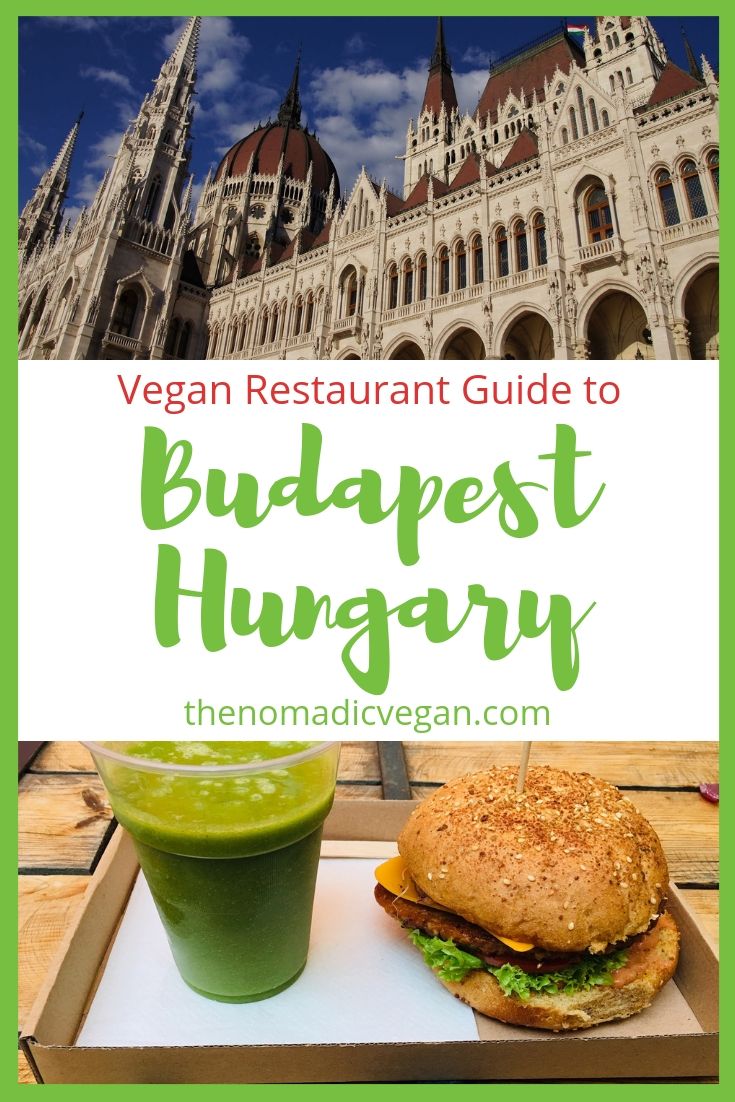