Home Travel Europe Croatia Traveling as a Vegan in Croatia

Traveling as a Vegan in Croatia 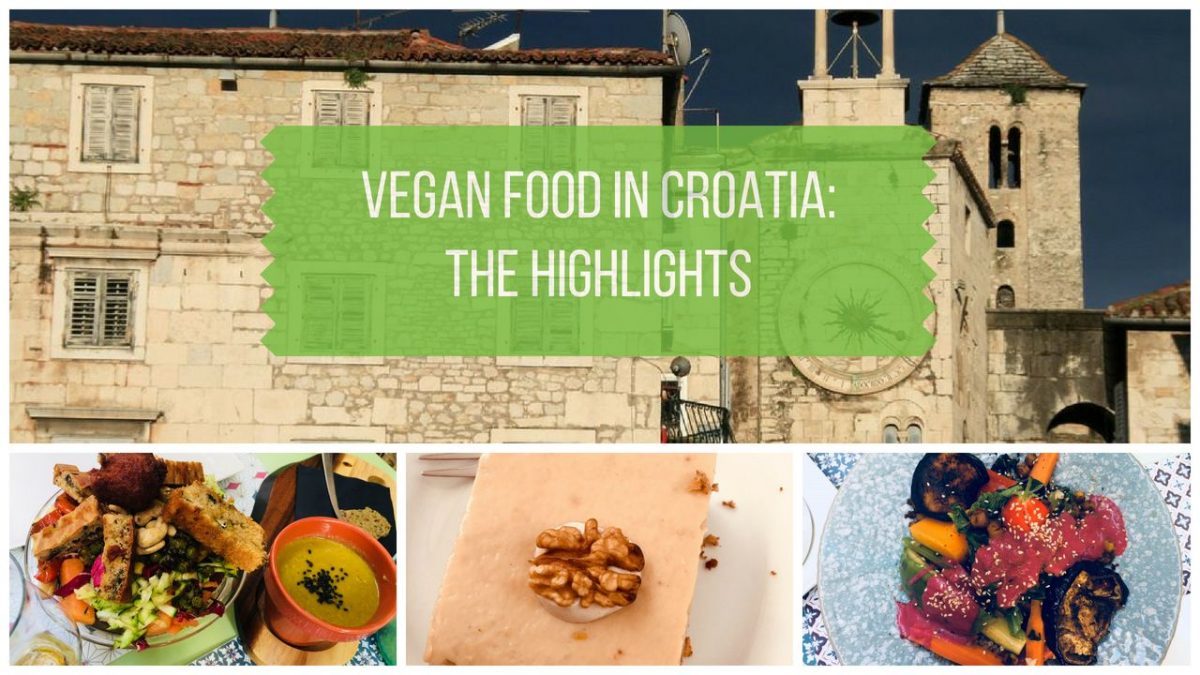 The term “vegan Croatia” might seem like an oxymoron at first. If you have ever travelled around the Balkans, you have probably come across plenty of animal-based specialties such as cevapcici, a skinless sausage; burek, a cheese filled flaky pastry; or kajmak, a thick spreadable sour cream.

But what if you are a vegan and don’t eat any meat or dairy products? Can you really enjoy travelling as a vegan in Croatia? And what about vegan food in the rest of the Balkans?

Fortunately, the Croatia vegan food scene is growing quickly, as I discovered on my most recent trip to the region.

The Balkans are one of my favourite regions of Europe. Rich with history, culture and fascinating landscapes, they attract a certain type of traveller. They appeal to those who are looking for more than sun-drenched beaches, comfortable tourist resorts and easy transport from one point to another. 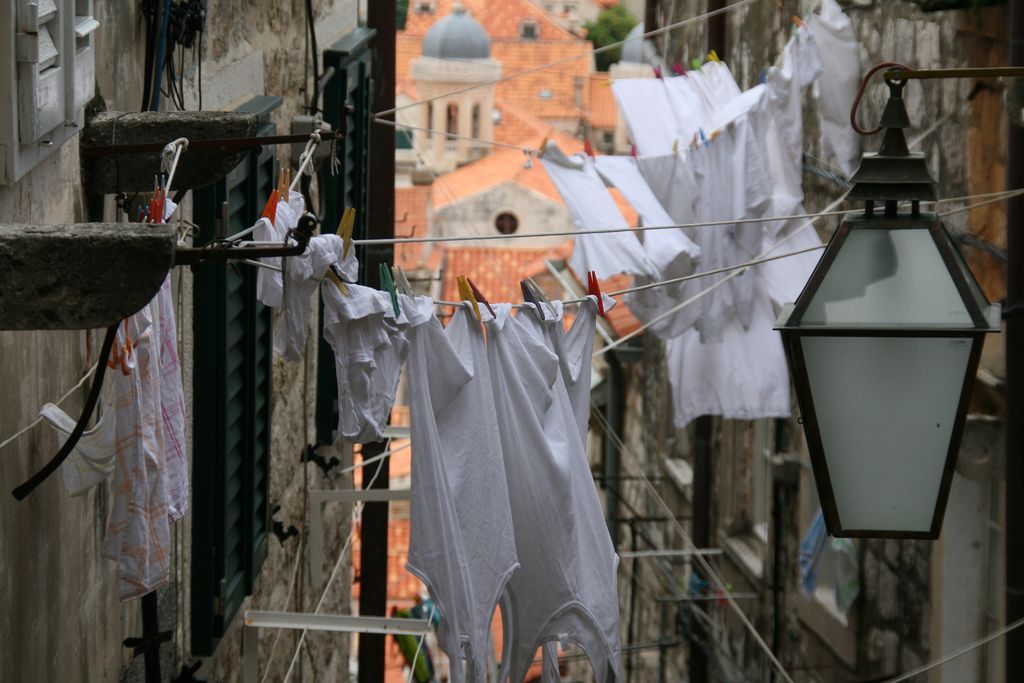 As a passionate adventure-seeker who has been a vegan for just over a year, I knew my third journey to south-eastern Europe might present some new challenges. Namely food. Inspired by Wendy Werneth’s book “Veggie Planet”, I knew that doing my homework would be essential.

With the help of Happy Cow (an online directory of veggie-friendly restaurants, also available as a mobile app), I ‘pinned’ potential eateries on my virtual map. This allowed me and my non-vegan family to eat out at local restaurants, where everybody could find something they liked.

My favourite food discoveries included two places in Croatia: a 100% vegan restaurant called Nishta in Dubrovnik’s Old Town, and the mostly vegan Macrovega in the slightly bohemian part of Split. Both places offered delicious, healthy and budget-friendly food that satisfied the taste buds of everyone in our family. 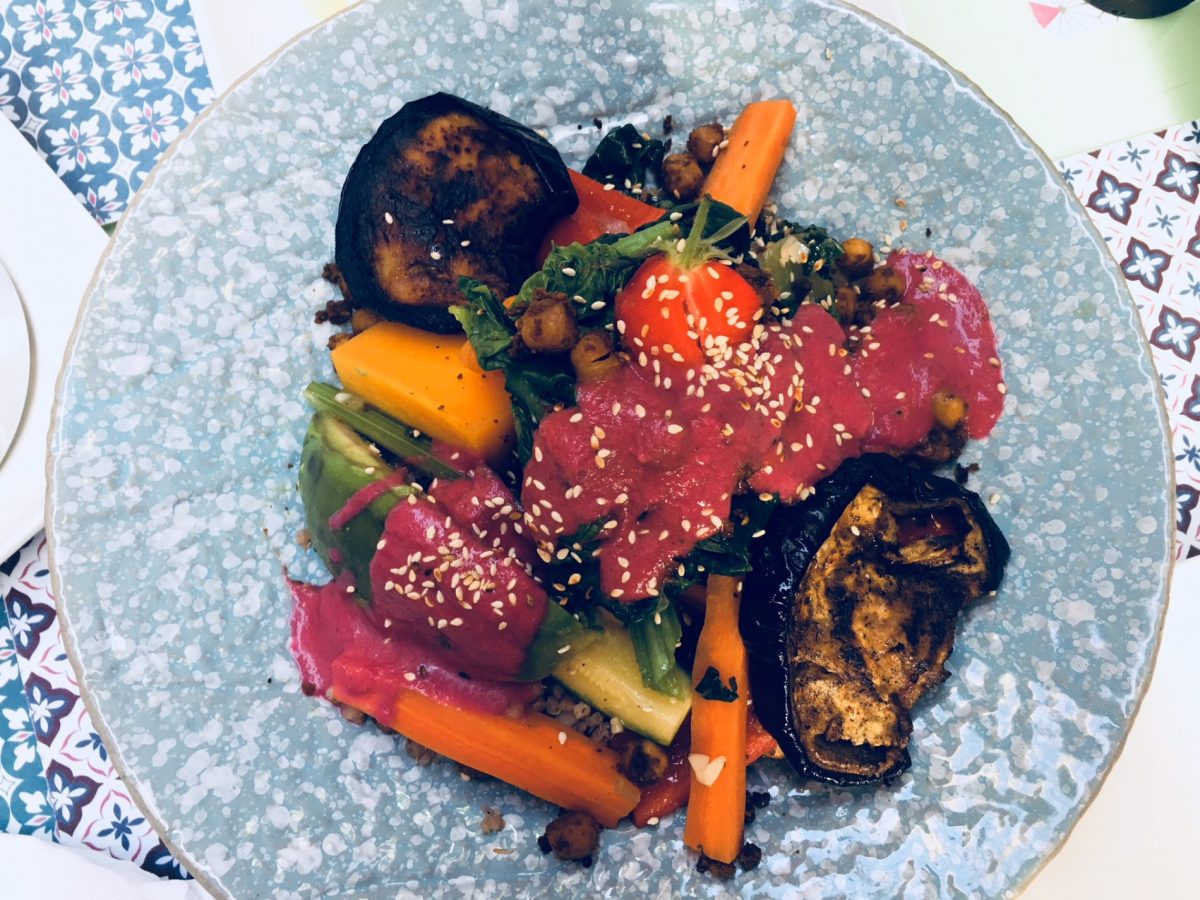 The colours, flavours and textures even inspired us to recreate some of the dishes at home. Our top choices from Nishta included: ‘Cauliflower Crunch’, cauliflower coated with almond and amaranth with curried sauce; ‘Green-Pea Coconut-Mint Soup’ (exactly what it says on the tin); and a rainbow ‘Buddha Bowl’ with quinoa, chickpeas, buckwheat and seasonal vegetables.

My parents had never been to a vegan restaurant before, and this was an excellent first-timer experience for them. Had we stayed another evening in Dubrovnik, we would have been back for sure! Nishta has another restaurant in Zagreb, which we’ll definitely visit one day when exploring the Croatian capital.

While Nishta is certainly the highlight of the Dubrovnik vegan food scene, there are other great places too. In fact, Nishta is no longer Dubrovnik's only vegan restaurant! Urban & Veggie opened in 2019 and gets rave reviews.

For the most up-to-date info on Dubrovnik food options for vegans, check the listings on HappyCow. 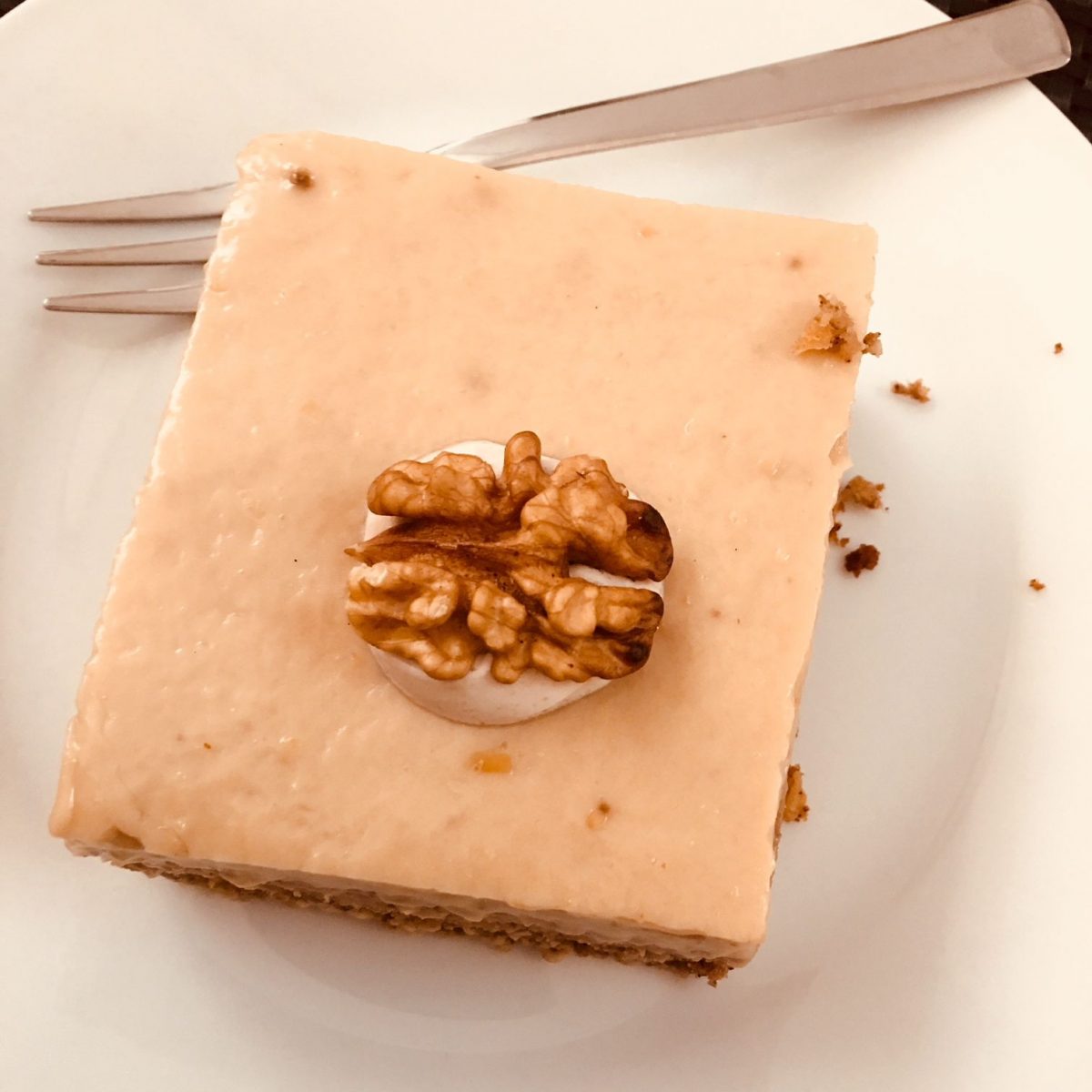 UPDATE: Macro Vega has unfortunately closed. There are several other vegan and vegetarian restaurant in Split though, including Vege Fast Food and Food Factory - Art of Raw.

Our absolute favourite find in Split was a dessert made from apples, walnuts and soya-based cream and sweetened with agave syrup. It was a vegan cheesecake that would challenge any dairy-based equivalent. This followed a two-course colourful lunch for just 80kn (approximately 10EUR) in total.

The lunch menu at Macrovega changes daily. When we were there, it included vegetable soup with brown lentils, grilled seitan in aromatic vegan pesto, millet with vegetables, steamed vegetables with tofu, tempura vegetables and mixed salad.

For more recommendations on vegan food in Split, check out this article by Elegantly Vegan.

Vegan Drinks in the Balkans

In terms of vegan-friendly drinks, the traditional coffee enjoyed all around the Balkans is typically a black Turkish-style coffee served with rose-flavoured lokum (aka Turkish Delight). Fresh fruit juices are also very popular, and you can find them in most cafés.

The real treat was a long iced soya latte from a little café in the historic city of Kotor, Montenegro. Interestingly, the café was run by a Korean lady from Seoul and offered a delightful refreshment on a hot day of sightseeing. One of the my favourite things to do in Kotor Montenegró is to sip on a cool drink and watch the world go by. 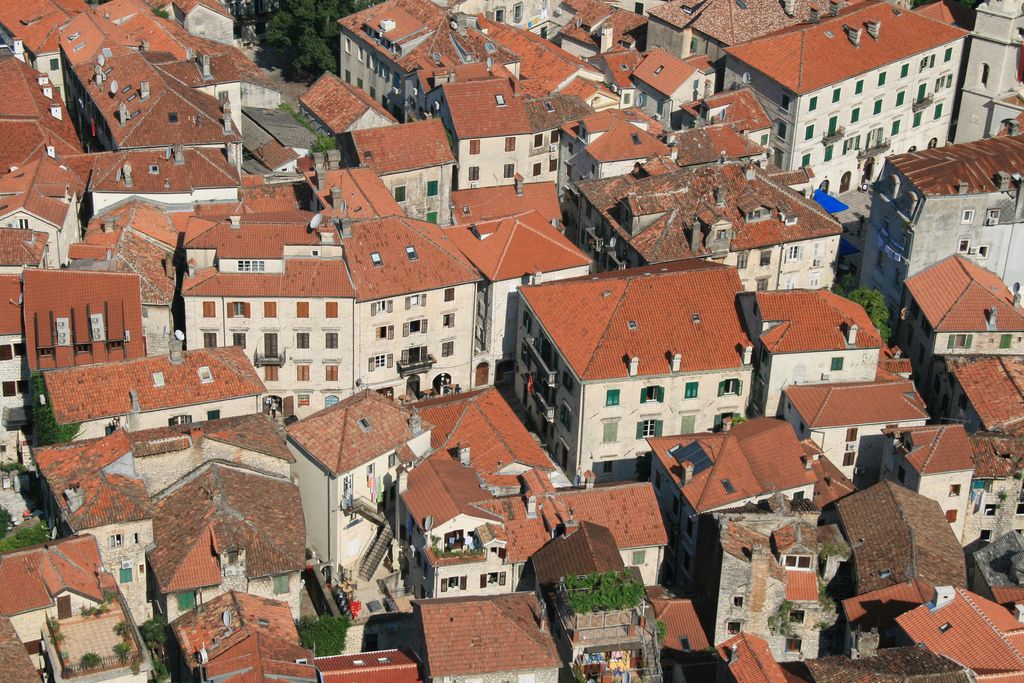 The red-tiled rooftops of Kotor Montenegro

Finally, one should not overlook the traditional ‘green markets’ or roadside food stalls that you can find all around the region. These offer an incredible variety of fresh fruit and vegetables at very affordable prices (especially if you are willing to negotiate the price a little bit).

Conclusion? Vegan-friendly Balkans are certainly becoming a reality. And for those who wish to embark on a bit of a ‘treasure hunt’, there are culinary gems to be found alongside the history and scenery. Embrace a few local words to help yourself along the way. ‘Dobar tek!’ (‘Bon appétit!’), as they say in Croatia. 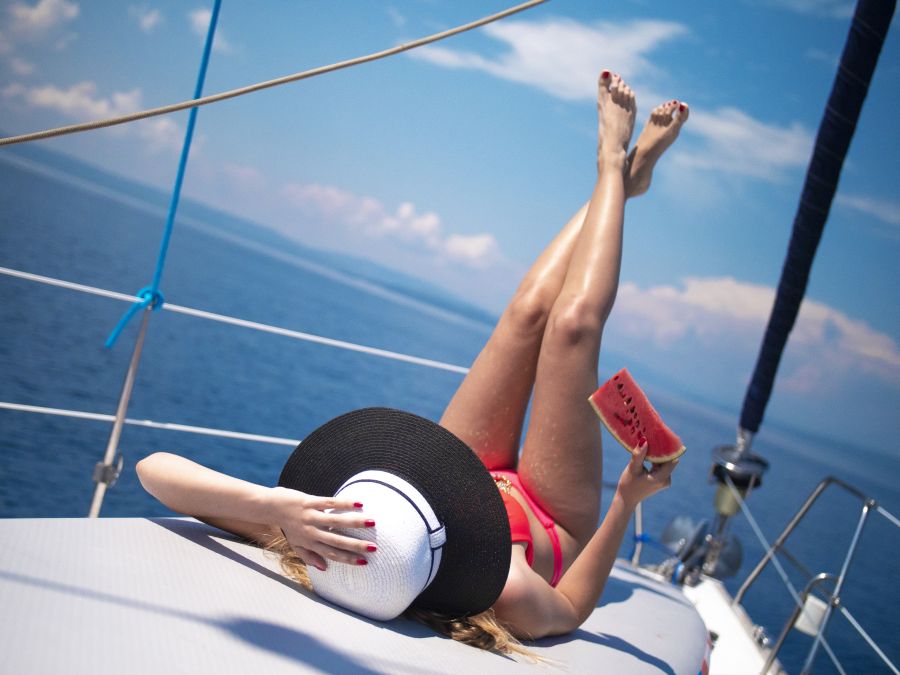 And if you prefer to just have a relaxing vacation and let someone else do all the planning for you, Vegan Sailing is offering an exciting new option for vegan visitors to Croatia!

At “Vegan Sailing” you will experience a unique, personal, and up-close connection with the beautiful Adriatic sea, islands, and bays while eating delicious vegan meals prepared by skillful cooks.

You can choose from two options: “Private Vegan Sailing” or “Book a Cabin”.

“Private Vegan Sailing” is a completely tailor-made experience. You can choose any sailing boat or catamaran in Croatia.

Experienced skippers will share their knowledge and insights with you to help you make the best choice according to your wishes and needs. And from the moment you choose the boat and location, you can focus solely on enjoying it, because the crew will take care of your comfort and safety. 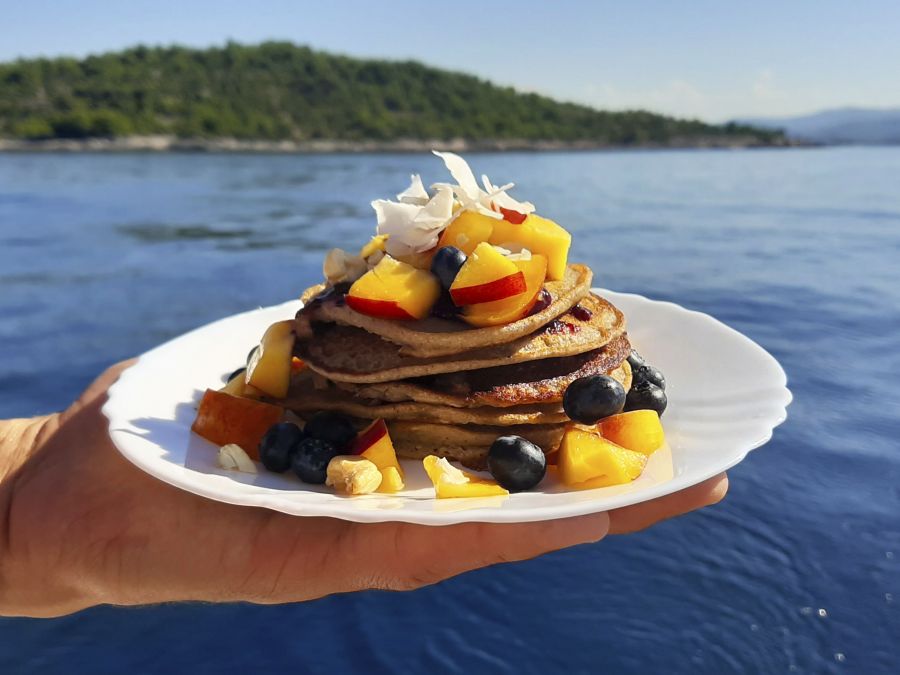 Vegan pancakes are just one of the many vegan treats the crew will prepare for you.

Regarding the menu, it’s completely customized according to your dietary restrictions, your tastes buds’ preferences, and your general eating habits. You will discuss what you like with the cook, and they will prepare a menu for each day of the cruise. Breakfast, lunch and dinner are all included.

However, if you don’t have six to eight people to take sailing with you, then you can join other like-minded people from all over the world through “Book a Cabin” vegan sailing.

You can choose between a single or double room on a sailing boat or a catamaran with 6 to 10 vegans on board. Choose from multiple dates and locations all over the Croatian coast. You will enjoy three delicious vegan meals every day and visit some of the hidden jewels of the Adriatic sea.

For more details, visit the Vegan Sailing website, where you can check out the Q&A section, meet the skippers and cooks, and book your cabin for an unforgettable sailing experience. Use the promo code "NOMADICVEGAN" to get a 100€ discount on your booking!

Gosia Mobbs is an aspiring freelance travel journalist, certified ILM coach and English language teacher. That is all in addition to her busy day job as a project manager at the University of Leicester. She is passionate about travel, has visited 54 countries and lived in 5 in the past 12 years and speaks 7 languages.

In January 2017, she took part in Veganuary and has been on her vegan journey since then. You can find out more about Gosia and some of her travel adventures on her blog, A Girl with A Travel Bug, get in touch with her via agirlwithatravelbug@gmail.com or follow her vegan food inspirations on Instagram. 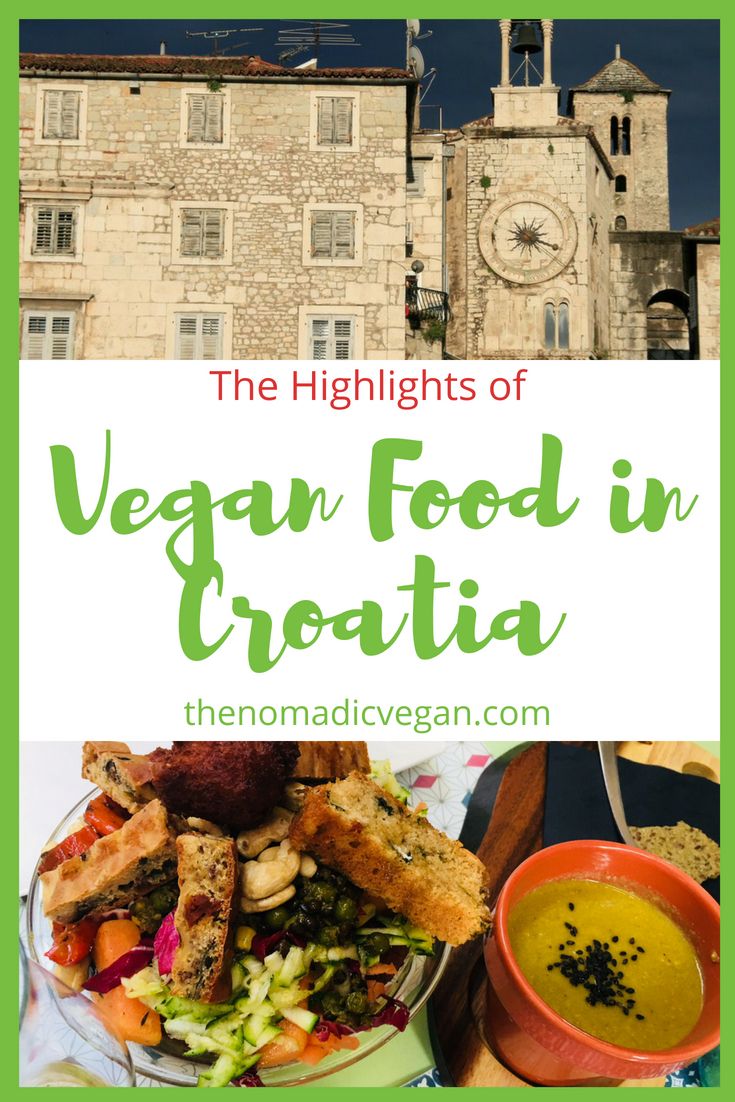 Want to check out other parts of the country? Shannon from Yup, It’s Vegan recently travelled all over Croatia and found it super easy to be vegan there!

And other Balkan countries also have some delicious traditional dishes that happen to be vegan. For example, check out these 10 Serbian fasting foods that are great for vegans.

Don’t be confused by the word “fasting”. In Orthodox countries, it doesn’t mean that people don’t eat anything at all. It just means that they eat mostly vegan! Here’s an explanation of the Orthodox fasting tradition as it’s observed in Greece.

And while we’re talking about Mediterranean countries in Europe, Greece is paradise for vegan travellers. Check out this vegan guide to Greece for a full run-down of all the traditional Greek foods that are vegan.

And if that’s too overwhelming, here are the top 10 vegan dishes in Greece that you really shouldn’t miss.