Home Travel Middle East Vegan Food and the Middle East: A Match Made in Heaven

Vegan Food and the Middle East: A Match Made in Heaven 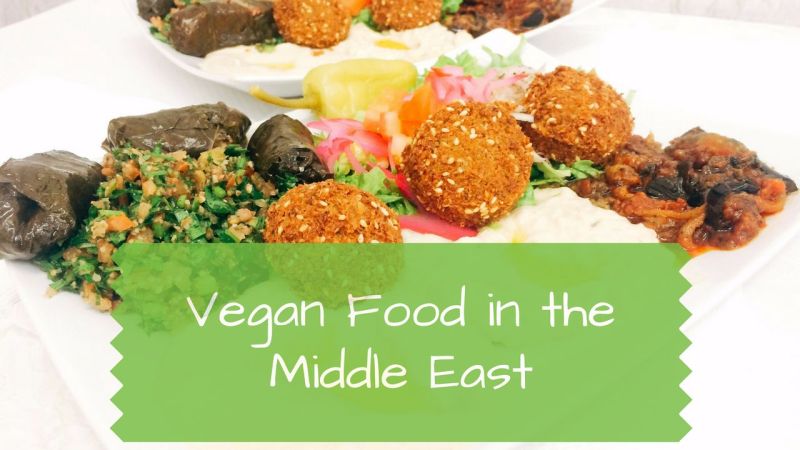 Keeping up a vegan lifestyle whilst travelling isn’t as difficult as you might first assume. Vegan food is available in abundance! You’ve just got to know where to go for culinary delights.

And the Middle East is one of those surprising regions that will delight vegan travellers, as many of the traditional dishes require no adaptation. Here are 10 of our favourites:

While falafel has become popular pretty much everywhere, the best place to try it is where it comes from – the Middle East. A number of places in the region, including Palestine, Lebanon and Israel claim they invented these fried balls of chickpeas. But no matter where they come from, they are all equally delicious! You can enjoy trying different varieties from different places.

Hummus is a chickpea-based spread and the perfect go-to sandwich spread or dip for vegans – it’s made from chickpeas, tahini, lemon, olive oil, and spices. In the Middle East, it’s often served as part of a mezze platter with vegetables, olives and baba ghanoush. But hummus tastes good with pretty much everything. Luckily, you can find it in most supermarkets too, so it will become one of your daily staples when you return home, if it’s not already.

Tabbouleh is traditionally made from a base of bulgur wheat, though outside the Middle East this is sometimes replaced with quinoa. Loads of chopped parsley, onions, tomatoes, lemon and mint is added to make a tasty salad. Tabbouleh is great on its own, or you can have it with pita bread for a filling dish. The Guardian offers a useful recipe if you’re up for making tabbouleh at home. It’s really easy!

One blogger claimed that if she was on a desert island and could only eat one food, it would be fattoush – so that should tell you how delicious it is. This tangy, lemony salad is tossed with Arab spices and grilled or fried leftover pita – try it for yourself and see if you agree. A fresh salad is served with virtually every meal in many Middle Eastern countries, so you are bound to come across this one plenty of times.

Read More: The Definitive Guide to Vegan Food in Jordan

Grape leaves are stuffed with rice, vegetables, herbs and spices to make dolmas. All the flavours are trapped inside, and the result is a juicy, tasty delight. The thing about dolmas is that one is never enough, and you might quickly lose count of just how many you have eaten.

The name of this dish literally means "swimming", and it is a variation of hummus that is popular in the Levant. Served hot, the main difference between msabbaha and hummus is the texture. Unlike hummus, the chickpeas in this dip remain whole. Like hummus, it is eaten with fresh pita bread. Traditionally it’s served for breakfast!

Both of these dishes feature roasted eggplant (aubergine) as the star of the show, and they are so similar that they are often considered to be one and the same. The difference is that, while babaghanoush is seasoned with pomegranate molasses, mutabbal is usually made with tahini instead. It’s a good idea to check, though, as some chefs substitute yoghurt for the tahini. Both are dominated by the characteristic, smoky flavour of the roasted eggplant.

This hot pepper dip originated in Aleppo, Syria and is now served throughout the Levant as well as in Turkey. The main ingredient is peppers (traditionally Aleppo peppers), and it also contains ground walnuts, breadcrumbs, garlic, salt, lemon juice, and olive oil. Muhammara is eaten as a dip with bread, or spread over toast.

This flatbread is Lebanese street food at its finest. It is traditionally baked on a hot stone and then spread with za'atar – an intensely aromatic spice blend popular in Middle Eastern cooking. The bread is then topped with onions, tomatoes and any other vegetables you might wish to add. Roll it up in a newspaper and off you go!

Read More: Where to Find the Best Vegan Food in Beirut

Also known simply as “ful”, this dish consists of cooked fava beans mixed with oil, cumin and other herbs and spices. It most likely originated in Egypt and is a staple in the Egyptian diet. Its popularity has now spread throughout the Middle East and even beyond to countries as far away as Eritrea, Malta and Armenia. In some countries, it is a popular breakfast dish.

Have you visited the Middle East? What dishes would you suggest to other vegans?