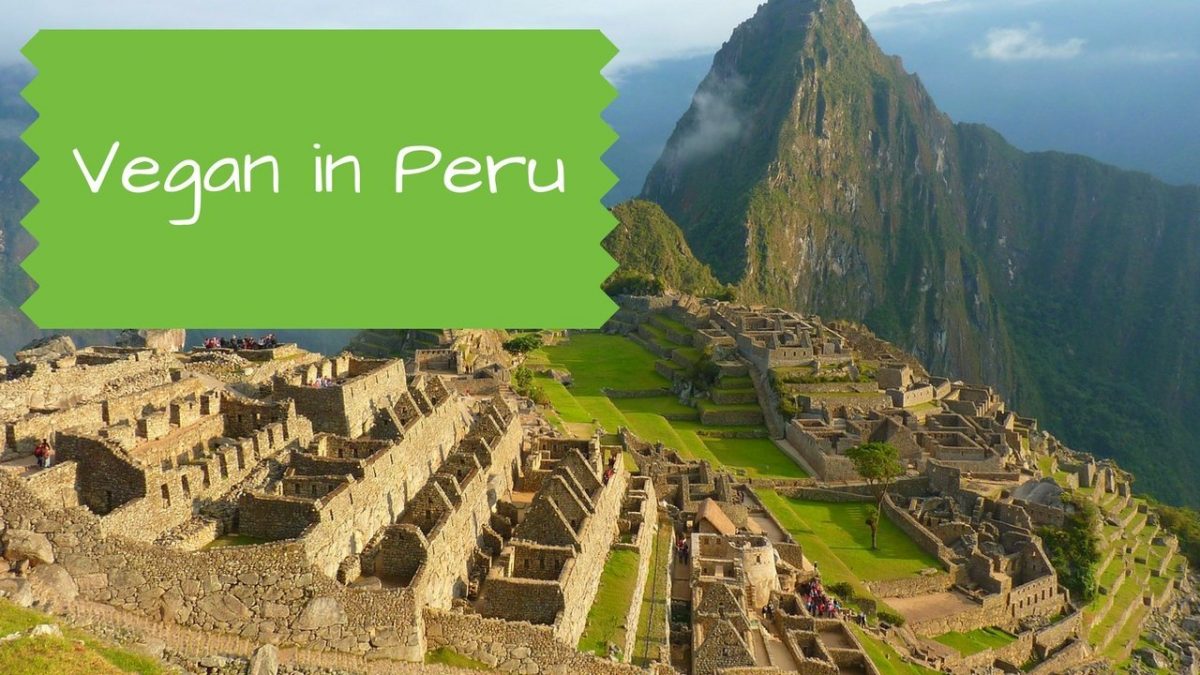 Do you think it would be difficult to travel as a vegan in Peru? South America in general has a reputation as a meat lover’s paradise, so you might think that vegan travelers would have a hard time there.

For example, one of my most vivid memories from my own trip to Peru some years ago (in my pre-vegan days) was seeing displays of roasted guinea pigs – an unfortunate local delicacy.

But, as I've learned, even the most meat-heavy cuisines can produce vegan surprises!

Wondering what vegan dishes I might have missed out on during that trip, I sat down with Grace Echevarria to find out. Grace is a Peruvian native and the founder of The Vegan Globetrotter – a vegan travel blog that she writes with her fiancé Benjamin.

So, let’s find out from a local what being vegan in Peru is really like!

While the information Grace gives in this interview remains very valuable, a lot has changed in Peru in just the past couple of years! The vegan movement is really growing there, as it is in many parts of the world.

For an updated perspective on vegan dining in Peru, particularly in Cusco and Machu Picchu, see this new article on the blog.

The Nomadic Vegan: How vegan-friendly is traditional Peruvian cuisine?

Grace: Even though meat features heavily in Peruvian food, we have a huge variety of vegetables, fruits and grains that are also used in traditional cuisine.

In the Andes, for example, most dishes are based on potatoes, grains and corn, while in the jungle they’re mostly made of local fruits and vegetables that grow there.

Meat is a luxury that not everyone can afford. That’s why, in small communities, even if they do raise animals, they don’t eat them very often because of the cost involved.

Most people follow a plant-based diet in their day-to-day lives. 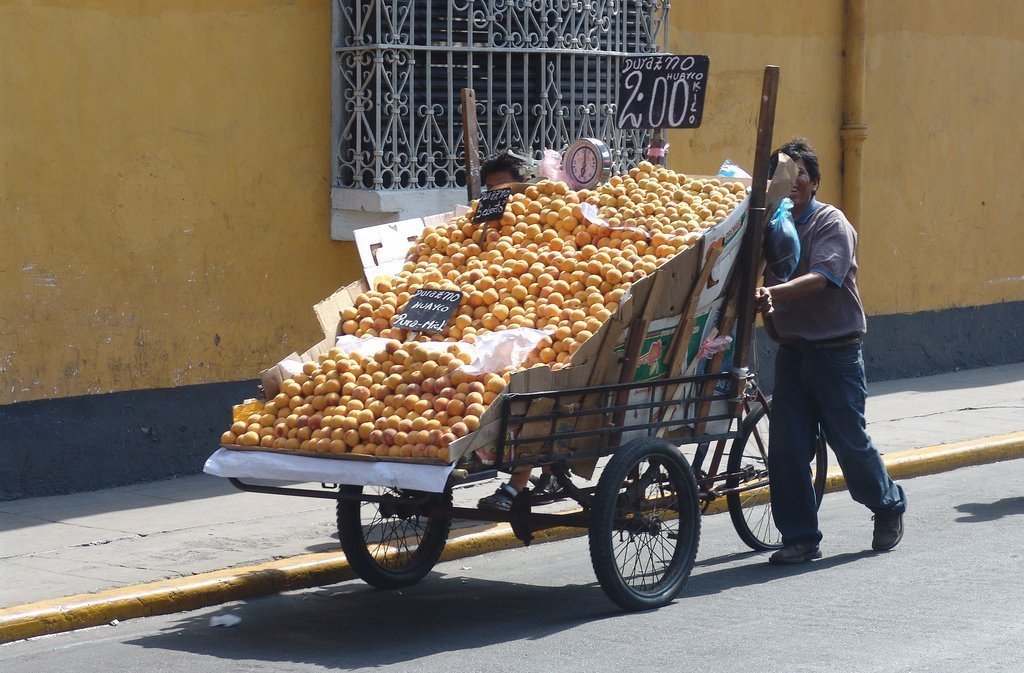 TNV: Can you give some examples of naturally vegan dishes that are common in Peru?

Grace: There’s a starter dish from the city of Arequipa that’s called “escribano” and is simply mashed potatoes and rocoto peppers with tomatoes.

In addition, there are two desserts that are naturally vegan and are very popular in the capital. The first is “mazamorra morada”, the main ingredient of which is purple corn. It also contains various fruits like peaches, plums and quinces.

The other famous dessert that is vegan by default is “picarones”. They look like doughnuts and are made of sweet potato and topped with a sweet syrup known as miel de chancaca.

Note that, although miel usually means “honey” in Spanish, there is no bee honey in the syrup. Both desserts are so popular in Lima that you can even find them on the streets. 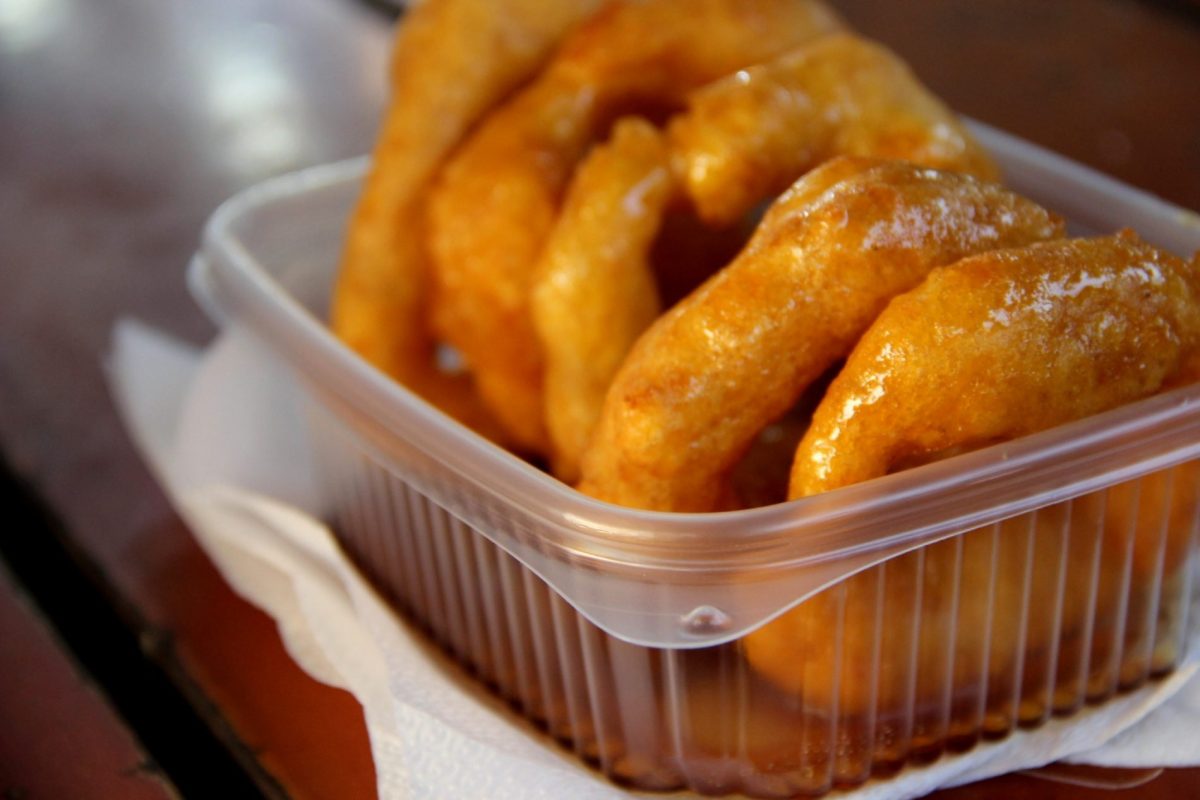 Picarones are vegan doughnuts made with sweet potato!

We also have a few lacto-vegetarian dishes that can easily be veganized by omitting or substituting certain ingredients.

For example, “palta a la jardinera” (stuffed avocado) is vegan if you ask for it without mayonnaise, and so is “solterito de queso” (a vegetable-filled dish served with potatoes) if you ask to leave off the cheese.

Ceviche is one of the most well-known dishes in Peru. It’s normally made with raw fish cooked with lemon, spicy Peruvian peppers, onions, lettuce, corn and sweet potato, but the fish can easily be replaced with mushrooms or mango.

I personally prefer the one with mango; it gives an extraordinary taste and texture!

Another easy dish to veganize is “lomo saltado” – a stir-fry of beef, tomatoes, onions and French fries, served with rice. In this case, the beef can be replaced with mushrooms or other vegetables. 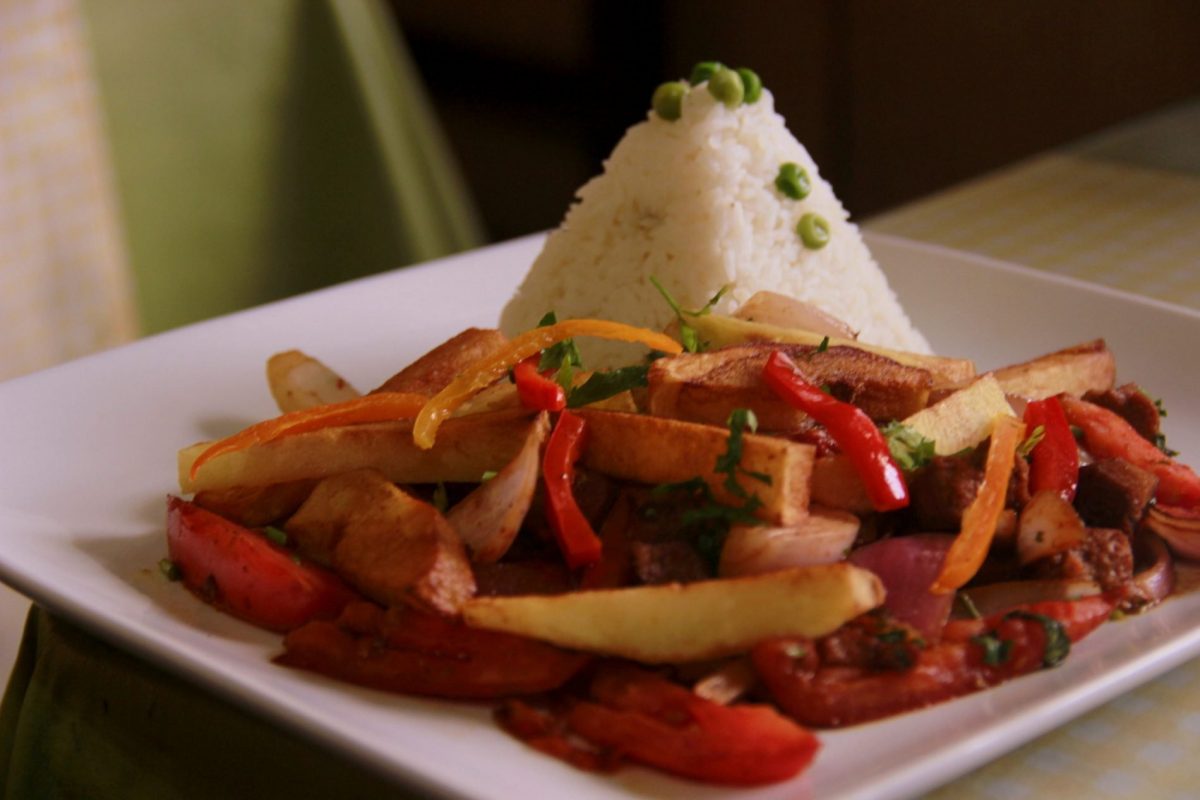 TNV: What is the vegan movement like in Peru, and how has it changed in recent years?

Grace: The vegan movement has become bigger in Peru in the last few years. Right now there are almost 80 vegan and vegetarian restaurants in Lima, which is about triple the number from a few years ago.

There’s a growing awareness about veganism at the moment, thanks to the vegan activists that work hard every day to get their voices heard.

They have been talking on the radio and on TV and have also been featured in newspapers because of their various activities to liberate animals.

In 2014, the first Vegan Festival in Peru was held in the city of Ayacucho, and since then it has taken place in other cities around Peru, like Huancayo and Arequipa.

The aim is to decentralize the vegan movement and encourage its spread to other cities outside Lima. 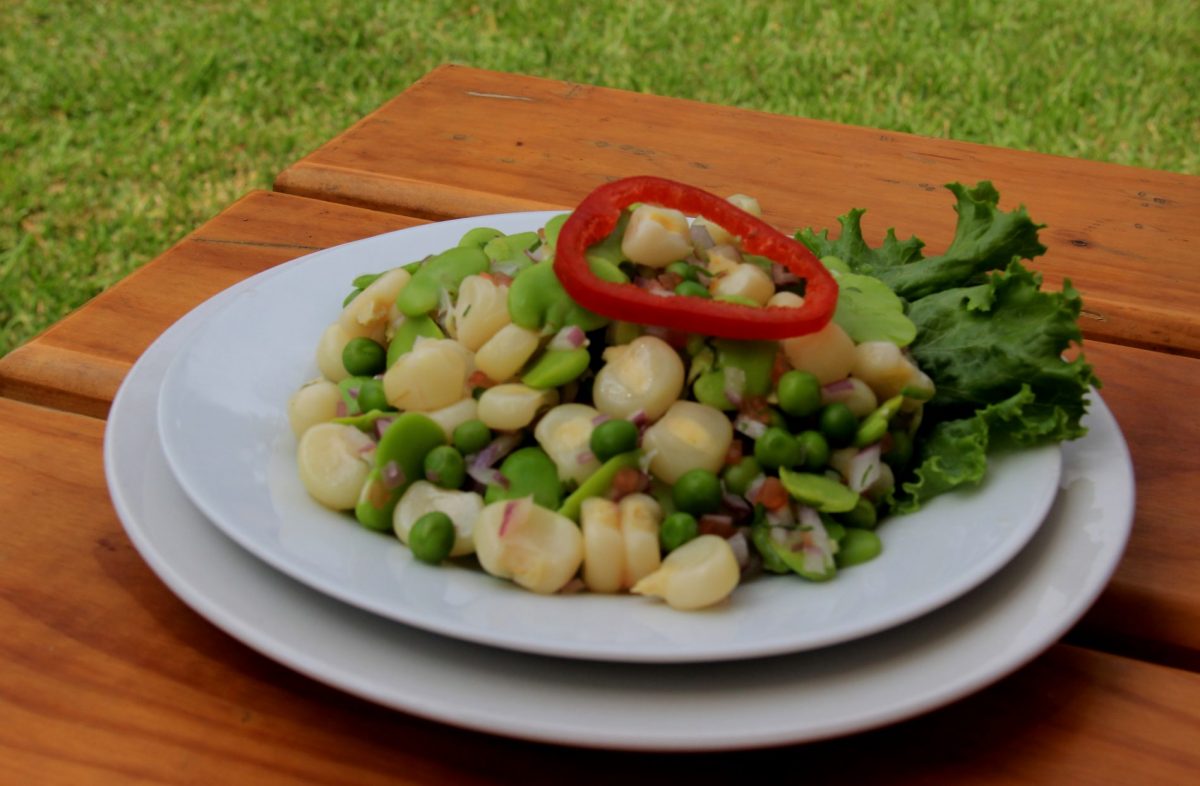 Planning a larger trip around South America? You don't want to miss the incredible Iguazu Falls!

TNV: What are some of the top sights and experiences that visitors to Peru shouldn’t miss?

Grace: Peru is a wonderful country that has a variety of landscapes and activities to suit everyone. First of all, Lima, our chaotic but amazing capital, is perfect if you want to enjoy a culinary experience.

After a lovely time sampling lots of delicious food in Lima, you can head south for about four hours and go sandboarding in the desert oasis of Huacachina. Even if you have been snowboarding before, this experience is truly unique. 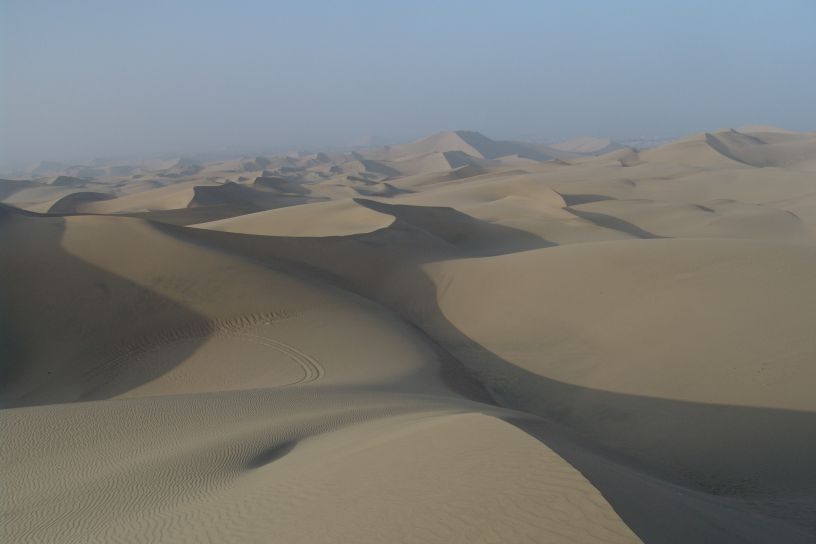 The sand dunes of Huacachina are perfect for sandboarding!

After that, you have the north of Peru, where you can go whale watching or just enjoy the stunning beaches in Máncora.

If you’re more adventurous you can head into the jungle to be closer to nature and spend a few days inside the Manú National Park. Tarapoto is also a beautiful city in the jungle. From there, you can take a trip to the Ahuashiyacu waterfall and swim in the beautiful Laguna Azul.

In the south of Peru you can visit Arequipa, known as “The White City”, where you can see the majestic “Misti” volcano and then trek for three days in Colca Canyon - one of the deepest canyons in the world - see the condors and relax in the hot springs. 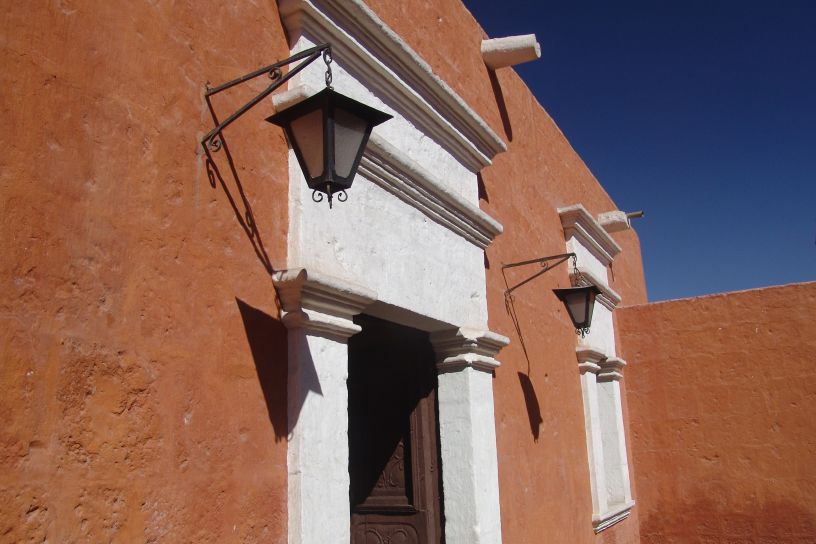 Arequipa is known as "The White City", but its colonial buildings also add splashes of  colour

Another place that’s a must do is Puno, which sits on the border with Bolivia next to Lake Titicaca, one of the highest navigable lakes in the world.

My favorite place in Puno is a peninsula called “Luquina Chico”. Indigenous families living there will host travelers and let you experience their traditional lifestyle in an authentic way, without having to pay lots of money to an agency.

You can live with them, spend time with the animals, do some walking in the area and have an amazing view every morning of Lake Titicaca. 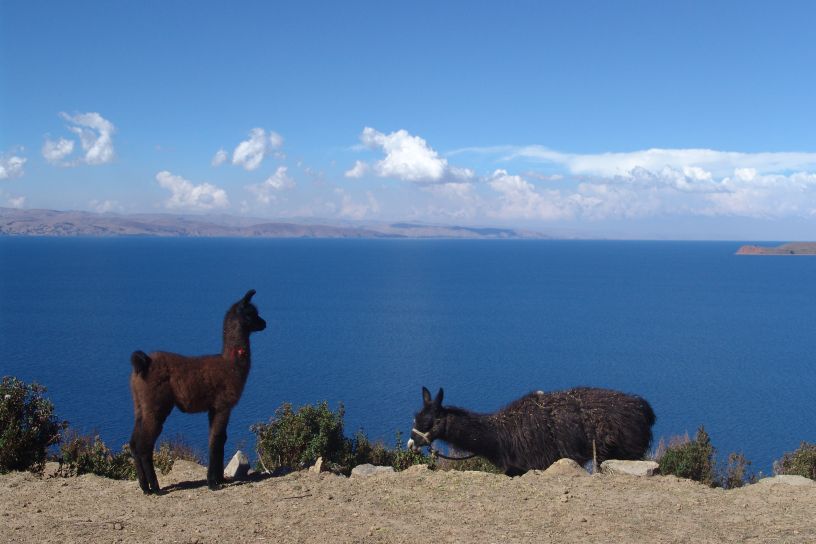 Finally, there’s Cusco - the most famous destination in Peru. Cusco serves as the base for any trip to Machu Picchu, and the city itself is full of life and colors. In addition to Machu Picchu, other places to visit nearby include the Maras salt mines and Rainbow Mountain. 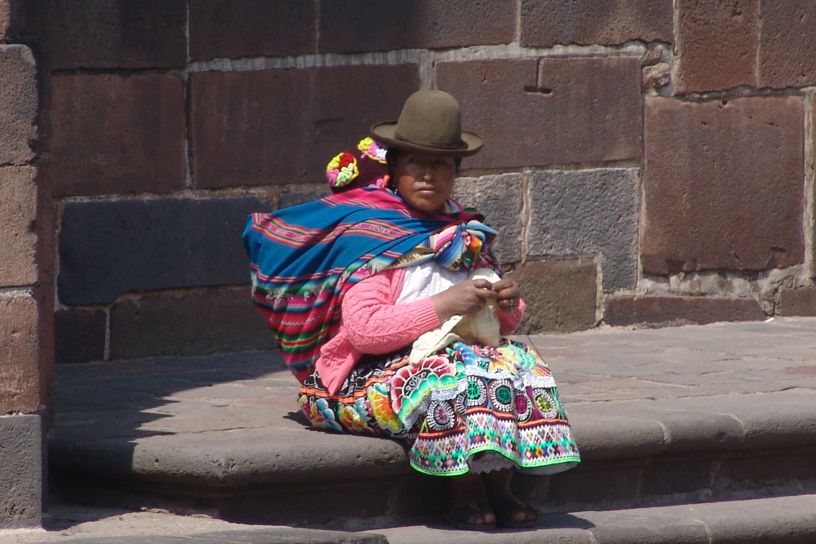 TNV: Beyond just the architectural remains, can you talk about the spiritual nature of Machu Picchu or other places that were sacred to the Inca?

Grace: Since my only visit to Machu Picchu was on a school trip when I was 15, there’s not that much I can say from my own experience about the spiritual nature of the place. But I do know lots of people who have had an amazing connection with nature while they were there.

For the Inca, the whole world was sacred. Their gods are related to nature and include Pacchamama (Mother Earth) and the Apus (The Mountains). These beliefs are still part of Peruvian culture, especially in the Andes, and shamans are working hard to preserve them. 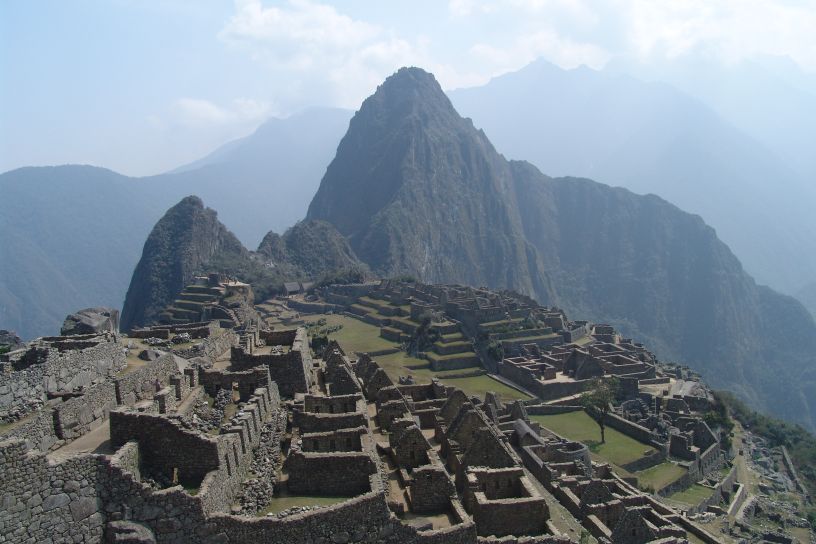 The mysterious ruins of Machu Picchu

One of the most well-known rituals held in Machu Picchu is the ayahuasca ceremony. Ayahuasca is a brew made from a root called ayahuasca and other plants that grow in the Amazon rainforest. It has been used for centuries as part of a healing ritual.

If you want to experience the ayahuasca ceremony or San Pedro ceremony, please be careful about who you choose to perform the ritual. Not everyone who claims to be a shaman really is one. People who suffer from heart disease should be especially careful.

Also, before participating in an ayahuasca ceremony, you should prepare by going on a purification journey lasting at least 3 or 4 days. It is recommended that, during this time, participants follow a vegan/vegetarian diet and do not consume any drugs, alcohol or spicy foods. 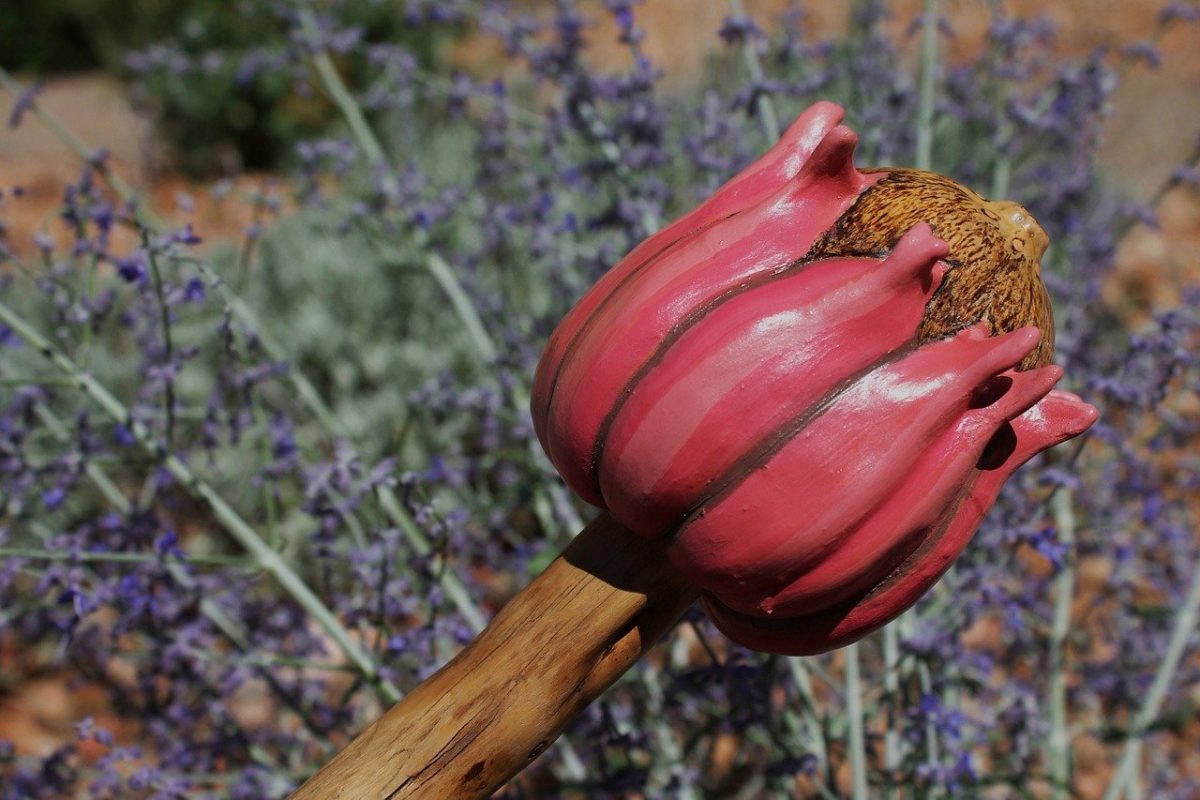 TNV: Any final recommendations or words of advice for vegan travelers in Peru?

Grace: If you don’t speak Spanish, I would highly recommend that you at least learn to say a few basic words, like the words for the foods you don’t eat. This is always helpful at restaurants.

Another important piece of advice is to not skip Lima. Most travelers stay just 1 night in Lima and then rush on to Cusco or another city. Don’t do this.

Lima has so much to offer, especially for vegans. There are so many restaurants you should try, not to mention street foods for breakfast like avocado sandwiches, sweet potatoes, and quinoa juice.

And don’t forget to visit the fruit markets to see and taste all the fruits from different parts of Peru. And don’t leave the market without tasting a surtido! It’s a juice made from a mix of different fruits and vegetables: cheap, tasty and abundant. 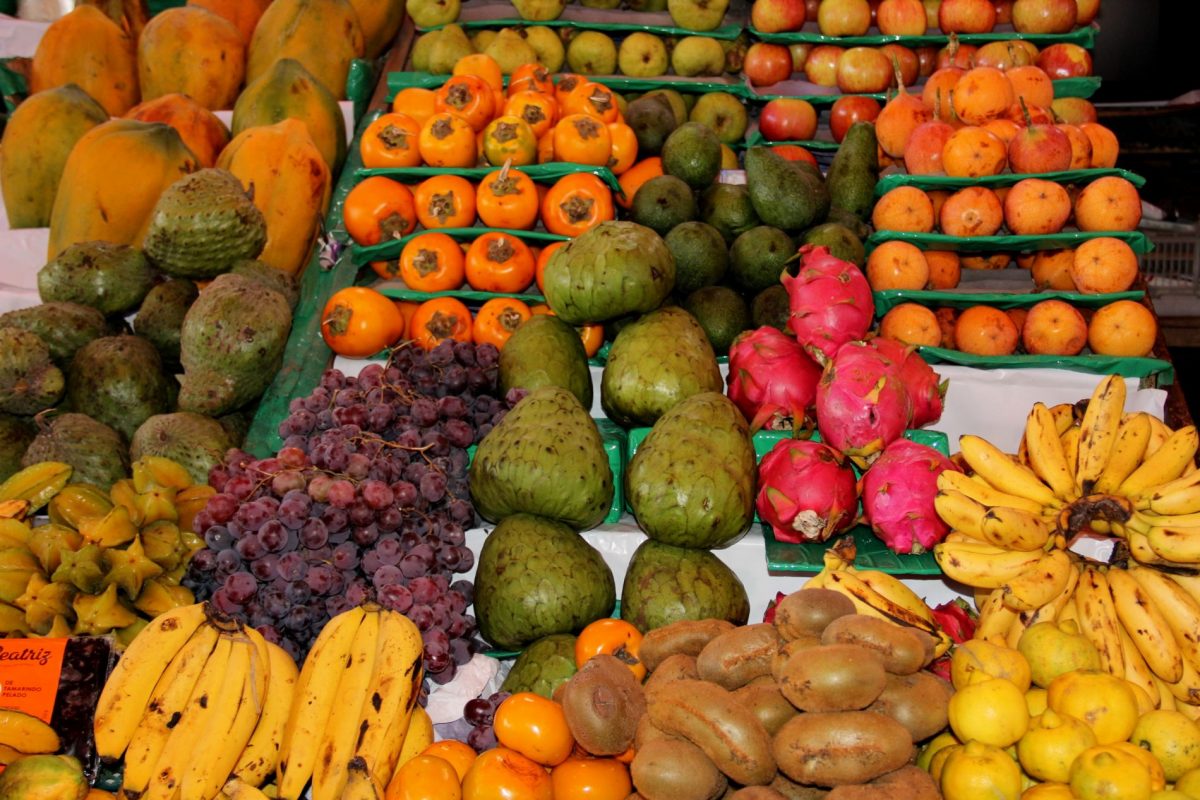 Enjoy the sights and smells of Lima's fruit and vegetable markets

Finally, on long bus trips, don’t forget to bring your own food, because vegan food will not be offered on the bus. Sometimes they serve vegetarian food in more upmarket buses, but most of the time it won’t be vegan, so be prepared!