Home Travel Europe A Vegan May Morning in Oxford, England

A Vegan May Morning in Oxford, England

Have you ever forced yourself out of bed at the crack of dawn to listen to solemn prayers and choral hymns, followed by raucous dancing in the streets?

Well, visit Oxford, England on 1 May (known locally as May Morning) and you will! Actually, if you're like most of the university students in town, you may choose to just stay up all night and finish off the party by jumping off the bridge into the icy river.

May Morning is a huge celebration and one of the most important local festivals in Oxford. You'll be joined by merry makers young and old and a hodge podge of entertainers, from samba troups to Morris dancers (Morris dancing is a form of English folk dance).

To experience the sights and sounds of May Morning, join me in this video and I'll show you around!

However you choose to celebrate May Morning, you'll most definitely want to have breakfast after you've worked up an appetite dancing along with all the bands playing in the streets.

Luckily, most of the local restaurants open specially for the occasion, some as early as 4.30 a.m. And many of them have vegan breakfast options on offer. This could be anything from a hummus-filled bagel to a vegetarian version of the full English breakfast (just ask them to hold the eggs).

For breakfast and beyond, here are some top picks from among the vegan-friendly dining options in town: 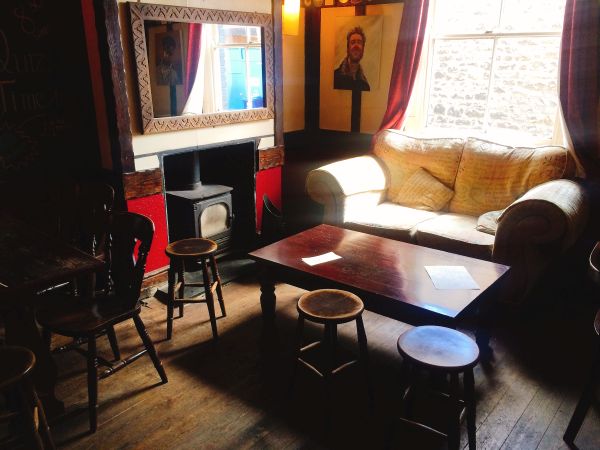 This is an all-vegetarian eatery with an authentic pub atmosphere. In fact, nothing about the interior indicates it's a veggie place. If you're craving pub grub, they have vegan versions of burgers, hot dogs, sausage rolls, pies, etc., as well as more international fare. The Indian thali looked particularly good (and plentiful!). The calzone I had was not really a calzone at all, more like a stuffed flatbread, but it was still pretty good. 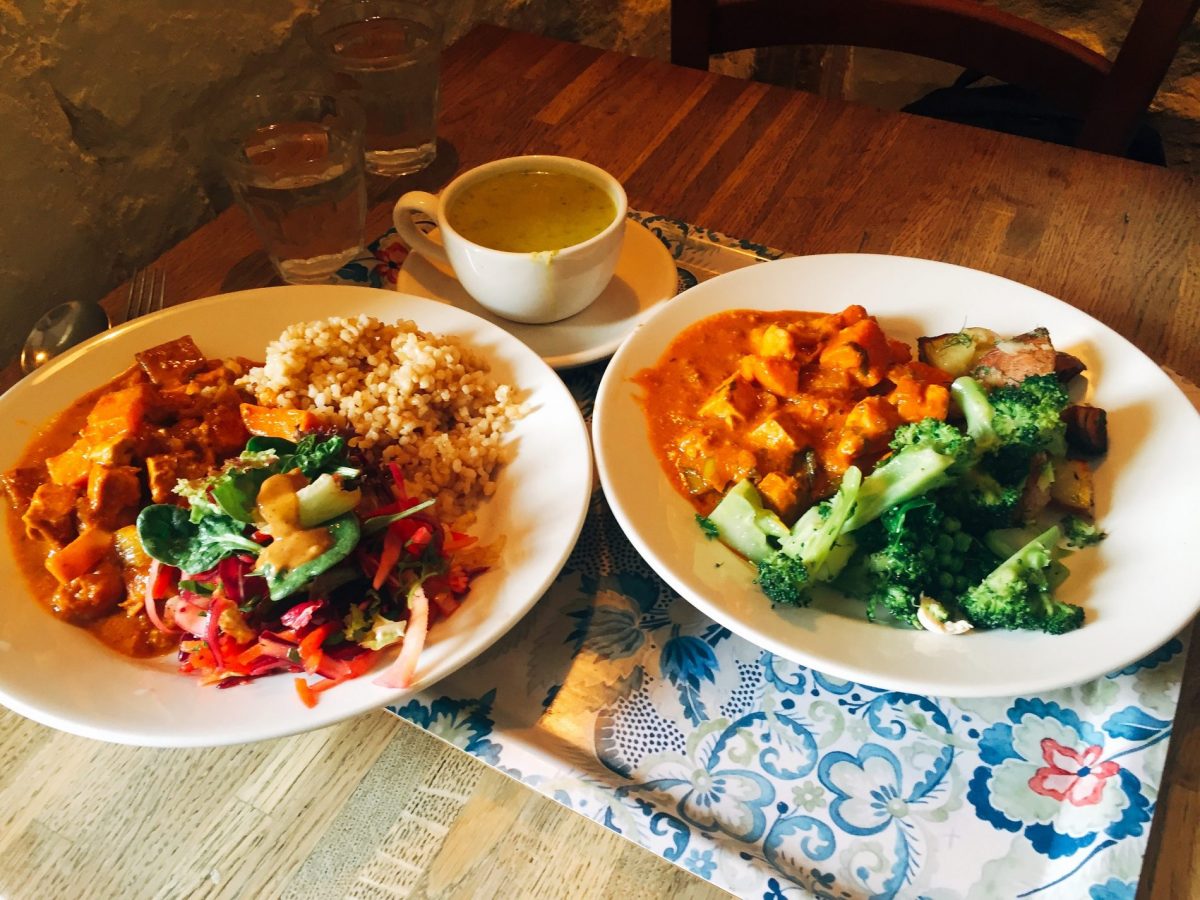 This self-service cafeteria is located inside the Congregation Hall - a 14th century building with a vaulted ceiling that was Oxford's first central university building. It serves local, seasonal food and offers just four or five different main dishes each day. Vegetarian, vegan and gluten-free options are clearly marked, and there seems to be a vegan main dish just about every day. There's also a vegetarian breakfast on the menu (again, just ask for no eggs to make it vegan). 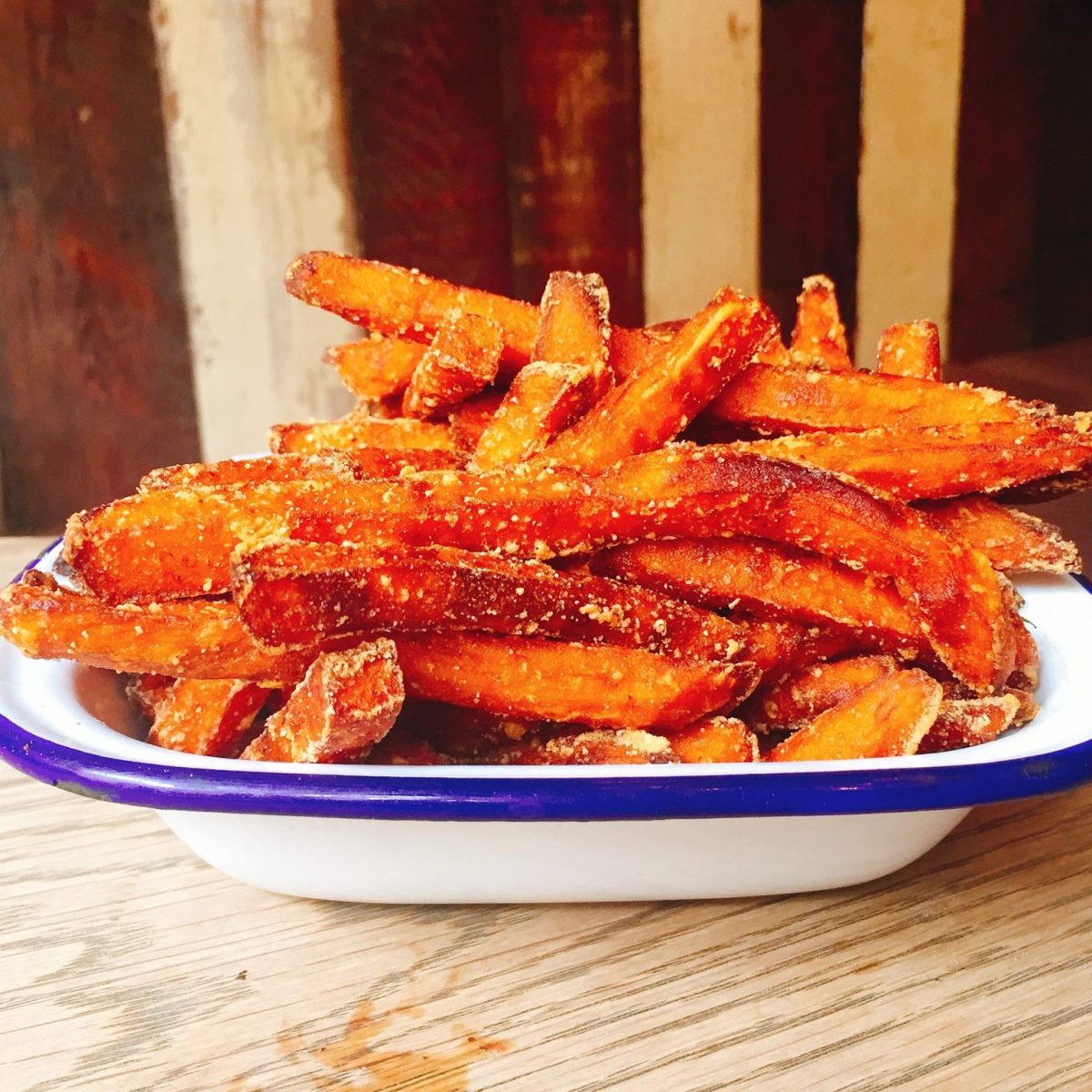 The Grapes is a cozy pub that specializes in authentic Italian pizzas, including several vegetarian options. Obviously, to make them vegan just order them without the cheese.

We only stopped in for a drink, but when we saw sweet potato fries on the menu we couldn't pass them up. Delish!

UPDATE June 2020: When we visited this place, it was called "Beerd". Since changing their name to The Grapes, they seem to have also changed their food menu, which now consists only of bar snacks. It's unclear from their website if any of these are vegan. 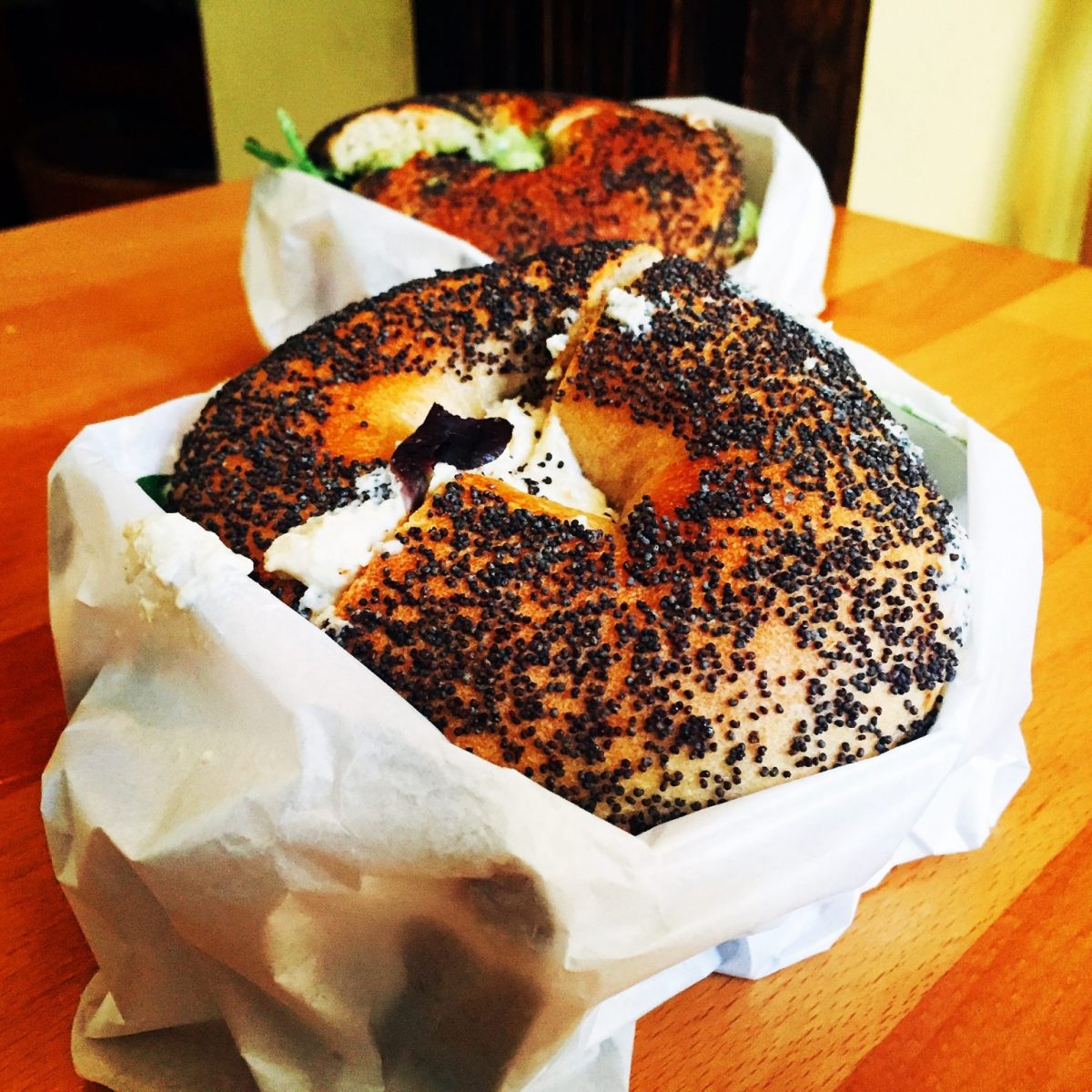 I have a funny story to tell you one day about how we ended up at this place, but it's too long to tell here. It's probably best explained in a video, so if you're subscribed to my YouTube channel then you'll probably get to hear it soon (You're not subscribed? No worries, just click h﻿ere!).

Suffice it to say that this ice cream shop is not nearly as vegan-friendly as I first thought. BUT, they do have some vegan sorbet flavours, and they also do bagels stuffed with veggies and hummus or avocado. Perfect May Morning breakfast fare.

The Hall at Christ Church 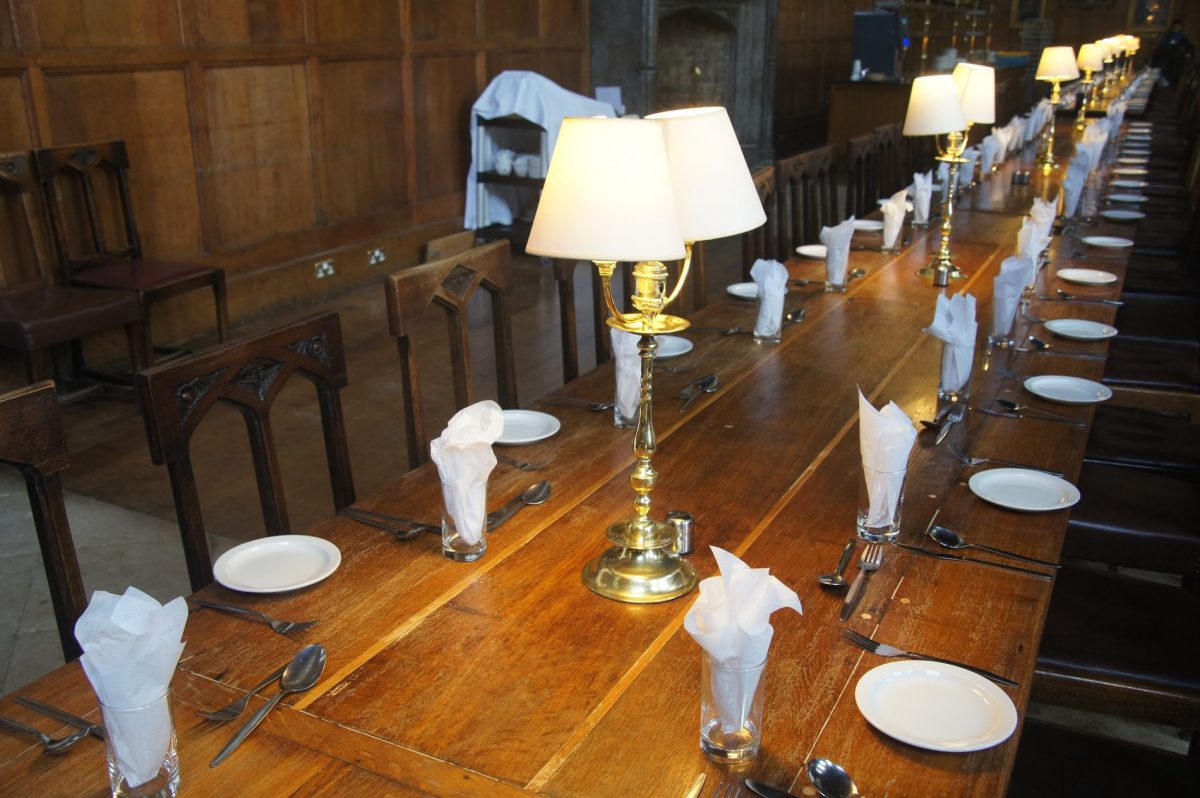 OK, so this isn't really an option for most visitors, but I couldn't help pointing out that The Hall at Christ Church, which was the inspiration for the Great Hall in Hogwarts Castle where Harry Potter and his friends ate their meals and received their daily owl post, does in fact serve vegan meals to members of the college who request them in advance.

The menu is posted outside The Hall, and the week we were there the vegan options included Tempeh Steak with a Mushroom and Herb Crust followed by a Hot Chocolate Brownie with Soy Ice Cream! I was happy to see that Meatless Mondays are also observed here.

We also had some curries at a Thai place in the centre of town, but they were just OK. So, rather than give you a mediocre recommendation, here are some vegan-friendly restaurants recommended to me by Oxford locals in the Oxford Vegan Facebook group:

Want to know how Oxford stacks up next to its rival, Cambridge, when it comes to vegan-friendly food options? Keep an eye out for the next post, where I'll share some of my favourite vegan eats in Cambridge and tell you which of the rivals wins my vote!