6 Tips for Eating Vegan on the Camino de Santiago 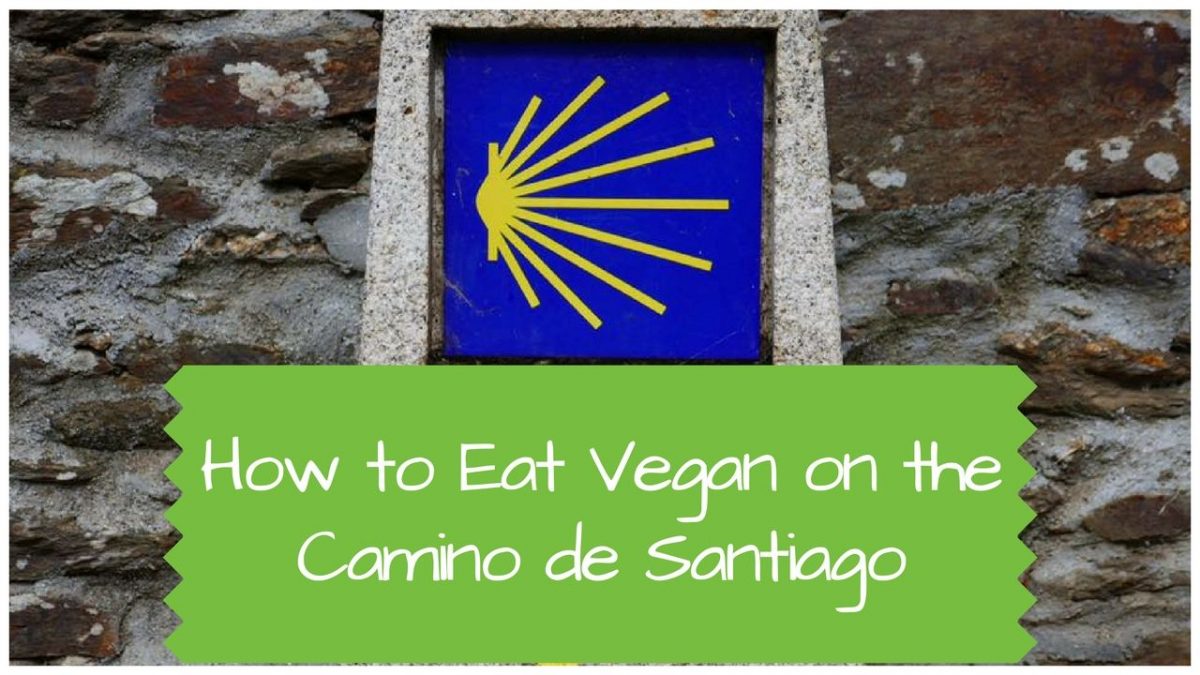 When I searched for information about vegan food on the Camino de Santiago before starting my journey, I didn’t find much, and what I did find was fairly negative. I read things like: “The Camino is not a foodie trip for those of us that don't eat meat, so don't get your dietary hopes up”.

Before my Camino, I had already traveled in Spain enough to know that I wouldn’t have trouble finding vegan food there, but the abundance of vegan food that I did encounter exceeded even my expectations.

And yet, I know that not everyone experiences the same vegan abundance on their Camino.

Exhibit A: the person who wrote the sentence quoted above.

Exhibit B: the vegans and vegetarians who I met personally on the Camino.

Many of them had gone back to eating animal products that they wouldn’t normally eat, because they didn’t think they had any other options.

This saddens me deeply, both for the animals who were harmed and for these people who wanted to live in alignment with their own values but didn’t have the knowledge or resources that would enable them to do so.

And that’s why I’m sharing with you my top six tips for eating vegan on the Camino de Santiago. In fact, I have much more to share with you on this topic, and I will be releasing lots more resources for vegetarian and vegan pilgrims in the future.

But with the pilgrimage season in full swing right now, I just couldn’t stand the thought of more veg*n pilgrims setting out on their Camino unprepared.

I could write a whole book on the subject of being vegan on the Camino. But for now, here are my best tips for fully enjoying your Camino experience without compromising your values.

I explain these tips in some detail in this video, or if you just want the highlights you can read those below.

UPDATE 2021: Since our first pilgrimage on the Camino Francés in 2017, Nick and I have made it a tradition to walk a different route of the Camino de Santiago each year.

It was a combination of four routes, and our favorite parts were the Caminho Nascente through eastern Portugal and the Camiño da Geira e dos Arrieiros through northern Portugal and Galicia.

We have stuck to a fully vegan diet on all our caminos. The Francés definitely has the most options, while our long and very remote Camino in 2021 was the trickiest. Nevertheless, it was still our favorite Camino of all time.

Click the links above to find out more about each of these routes and what they have to offer. And if you want to know what the Camino is all about and why we love it so much, check out our blog and podcast all about the Camino, called the Spirit of the Camino!

Follow our Camino adventures on the Spirit of the Camino blog and podcast!

6 Tips for Eating Vegan on the Camino de Santiago 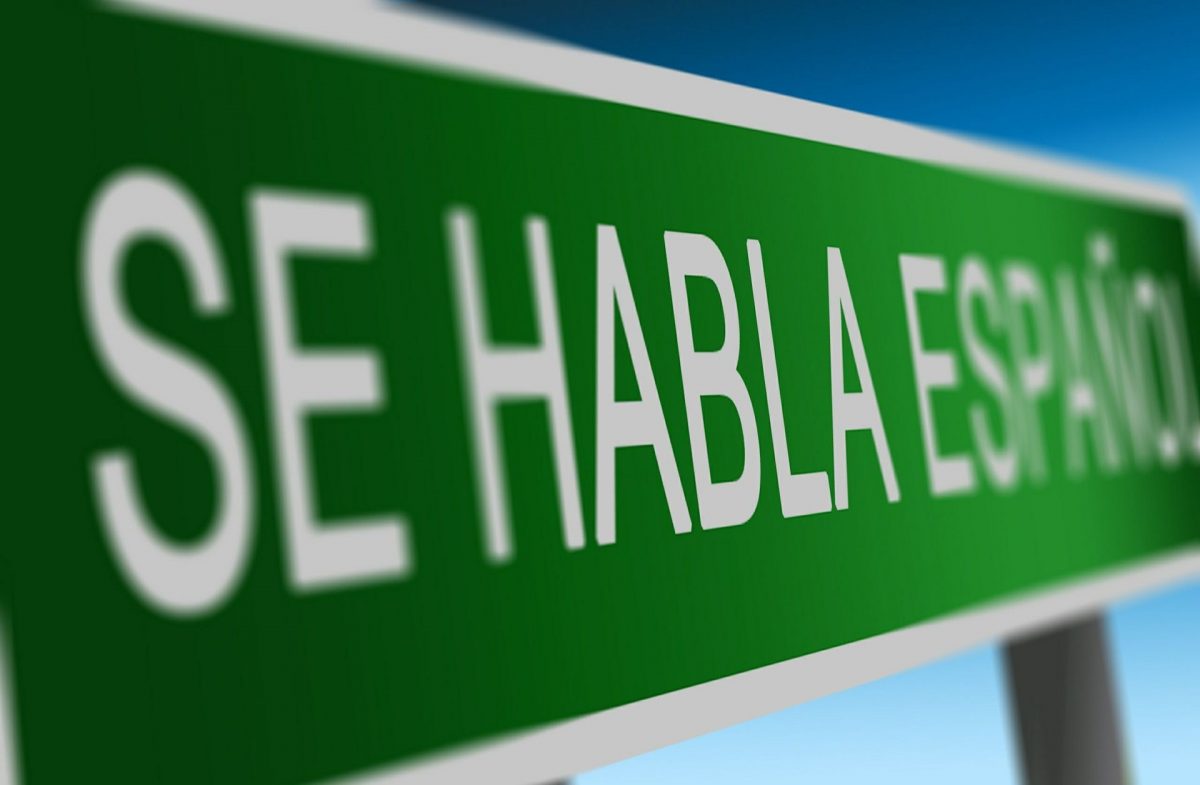 But don’t worry! You don’t have to be fluent in Spanish to effectively communicate your needs.

I’ve created a cheat sheet with some simple Spanish phrases that you can use to order a vegan meal in restaurants and pilgrims’ hostels (albergues). It even includes the Spanish names of common dishes served on the Camino that are already vegan or easily veganizable. Just sign up below to download your vegan Camino de Santiago cheat sheet for free.

2. Get to Know Spanish Cuisine 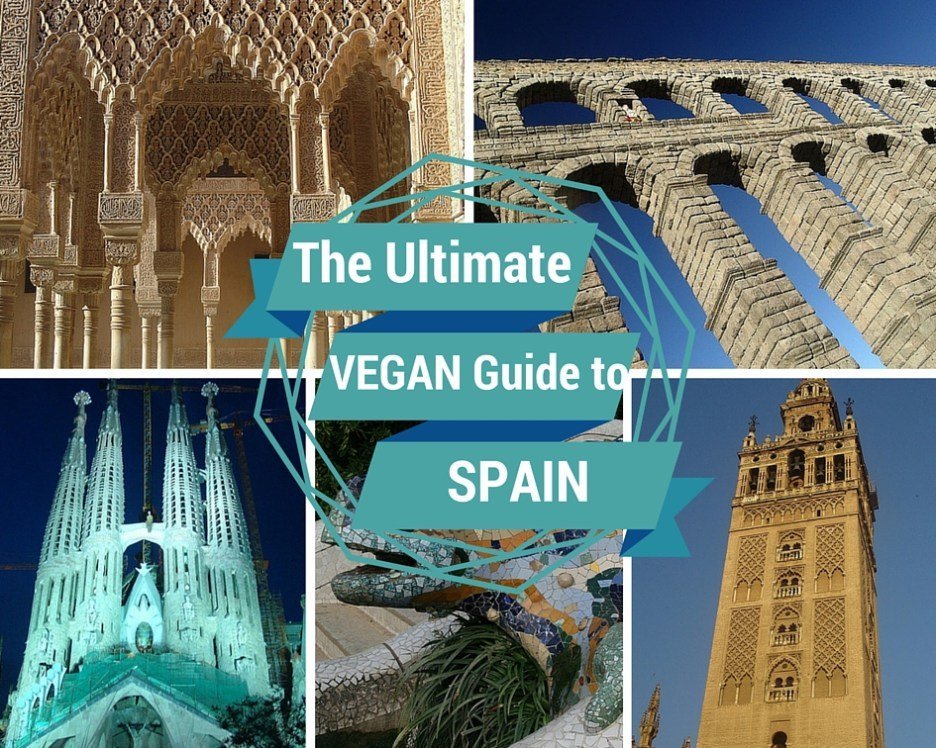 After the language barrier, the next biggest hurdle facing vegetarians and vegans on the Camino de Santiago is not knowing what dishes to look for on the restaurant menus.

There are a surprising number of traditional Spanish dishes that are naturally vegan. But since vegetarian and vegan options are not usually marked as such on menus, you could easily overlook these dishes, not realizing that they don’t contain animal products.

But don’t worry; I’ve got you covered there too! My ultimate vegan guide to Spain gives a thorough rundown of vegan food in Spain, including dishes that are commonly served in towns and villages on the Camino de Santiago. 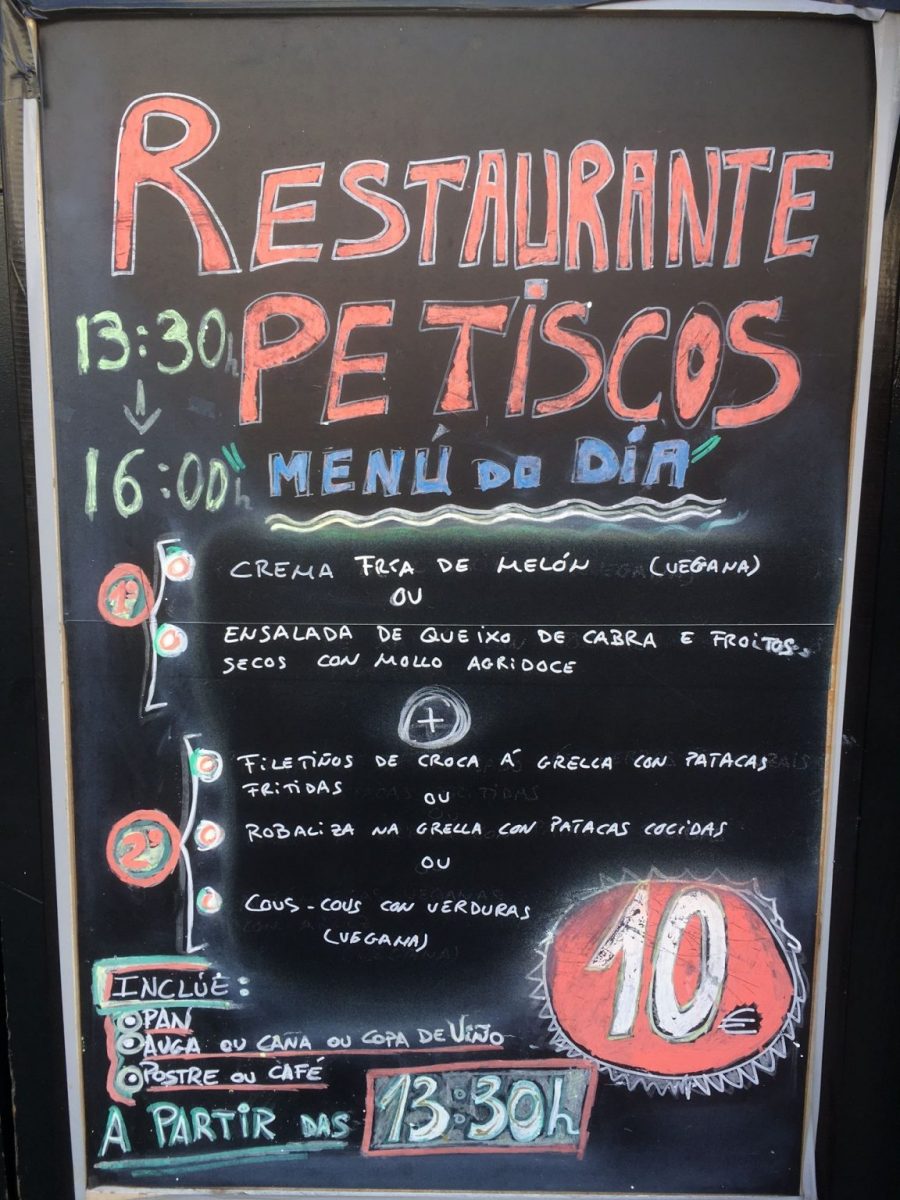 A pilgrim’s menu is a set menu consisting of a first course, second course, dessert, bread and drink. You will see it offered everywhere on the Camino de Santiago. It usually costs about 10 euros, which is much cheaper than ordering all these items individually.

Since the second course is always a meat or fish dish, many vegans and vegetarians on the Camino de Santiago assume that they can’t take advantage of the pilgrim’s menu. But this is not true!

In order to veganize the pilgrim’s menu, all you need to do is to ask for two first courses instead of a second course, and then ask for fresh fruit for dessert. The dishes on offer vary, of course, but a number of the most common first course dishes are vegan or can easily be veganized.

These are listed in both Spanish and English on my vegan Camino de Santiago cheat sheet, so don’t forget to grab your free copy! 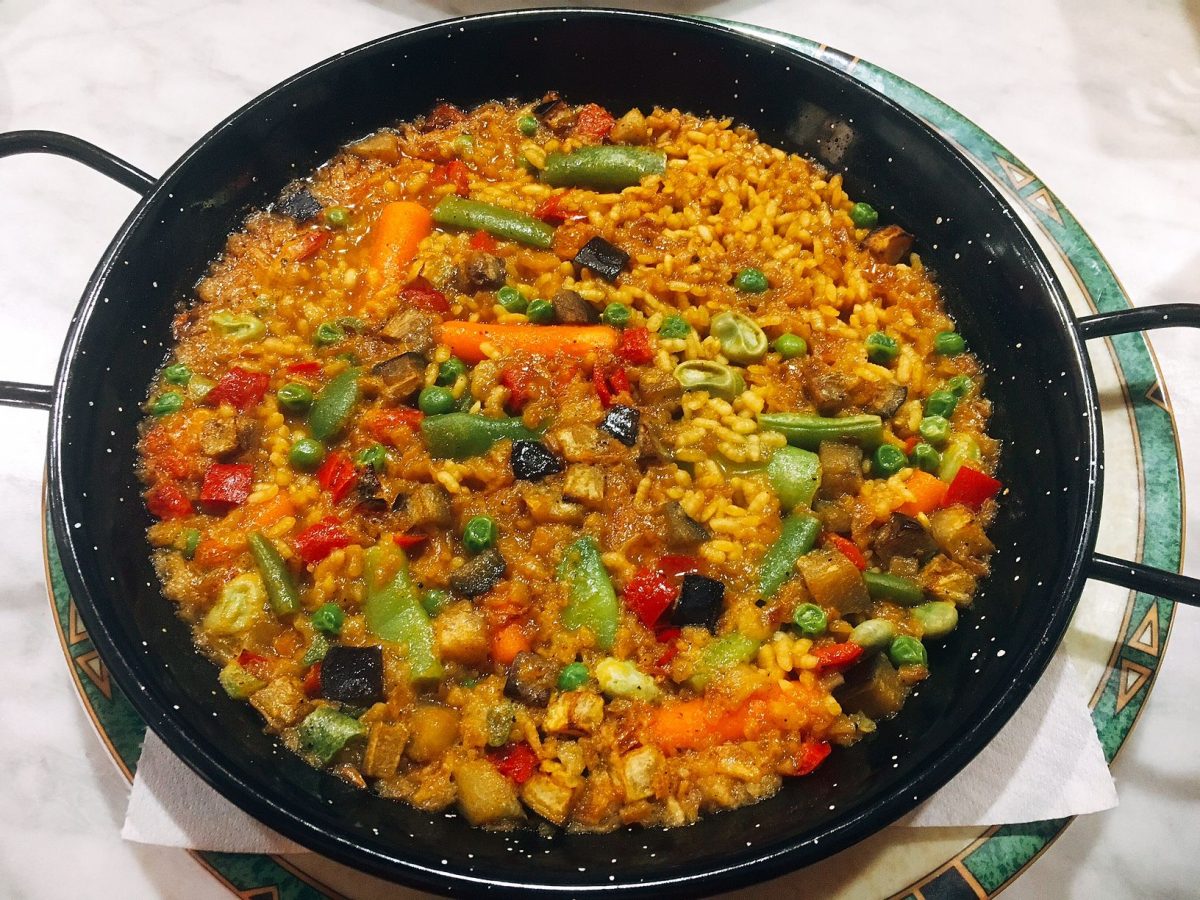 Many bars and cafés in small towns and villages do not have the capacity to cook fresh, homemade food in large quantities. So instead, they serve pre-prepared dishes.

These are easy to spot, as the bars and cafés all have the same cardboard cutout signs outside advertising the same paella, pizza and pasta dishes.

The pre-made pizza and pasta dishes are never vegan. And, since they are not made to order, it’s not possible to veganize them.

The selection of paellas, however, is made by a company called Paellador and always includes a paella de verduras (vegetable paella) that is totally vegan. It’s not as good as homemade paella, of course, but it’s still pretty tasty!

The allergen information posted on the company website confirms that it may contain traces of eggs and milk, but that these are not ingredients used in the paella de verduras.

The paella de verduras from Paellador is widely available all along the Camino de Santiago and is a good fall-back vegan option if you can’t find anything else.

5. Seek Out Vegetarian Restaurants and Albergues 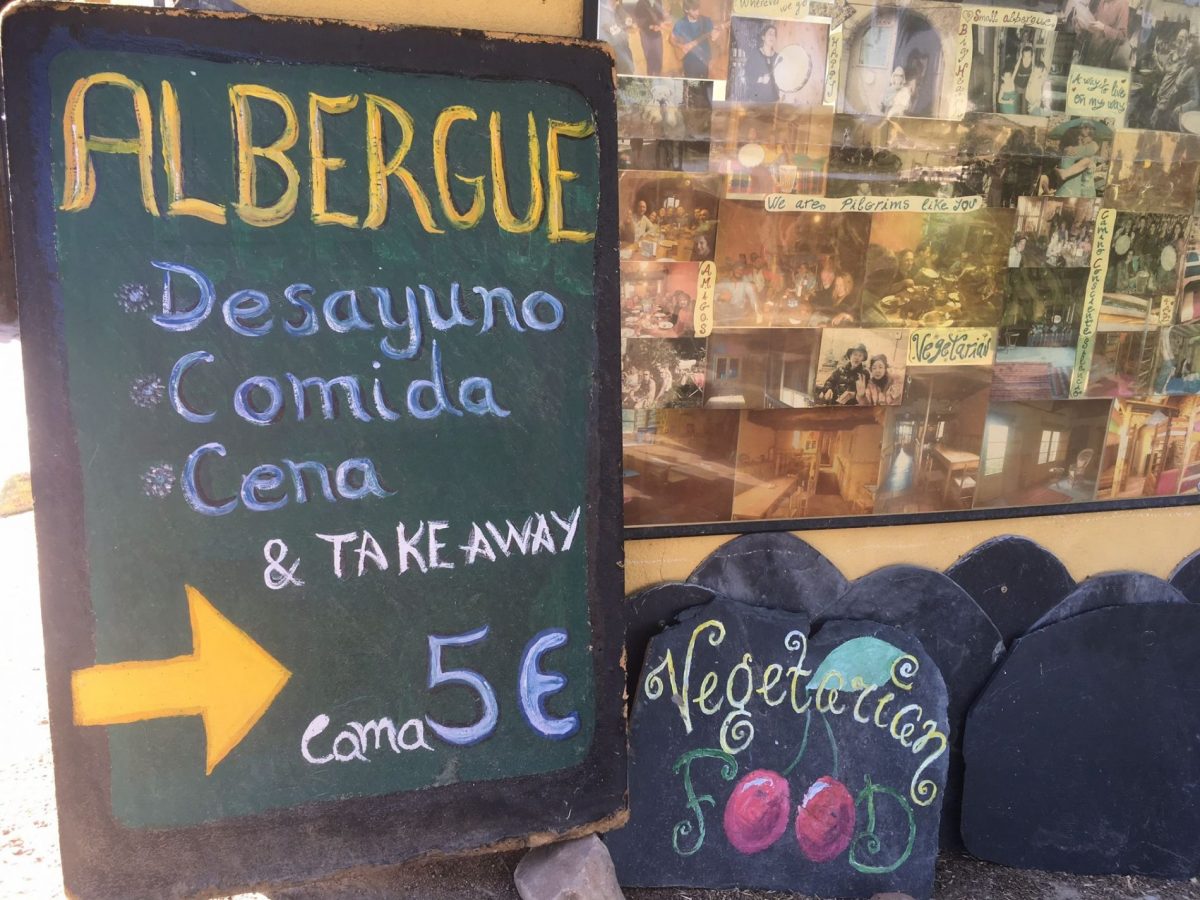 Having checked HappyCow before starting out on the Camino de Santiago, I knew that I would find vegetarian restaurants in the larger cities like Logroño, Burgos and León. I was looking forward to feasting in these towns, and I figured that my veggie meals there would be a rare treat.

What I didn’t realize was that there are also vegetarian restaurants and vegetarian albergues in many smaller towns and villages on the Camino de Santiago! This is especially true along the final 330-kilometer stretch from León to Santiago.

My favorites include Albergue Verde, El Beso, and El Serbal y La Luna, but there are plenty more. It was in these vegetarian albergues more than anywhere else that I truly felt the spirit of the Camino, and I highly recommend them to veg and non-veg pilgrims alike.

Check out this handy map created by Mejor Camino, which lists vegan-friendly restaurants and albergues, as well as organic and health food stores, all along the Camino Francés:

Keep in mind, though, that the Camino is constantly changing. Mostly for the better, as more and more vegan options continue to pop up. Although in 2020 and 2021 some restaurants, bars and albergues had to close, either temporarily or permanently. It's best to call the albergues the day before your arrival to make sure they're open.

6. Pack Your Own Vegan Trail Snacks 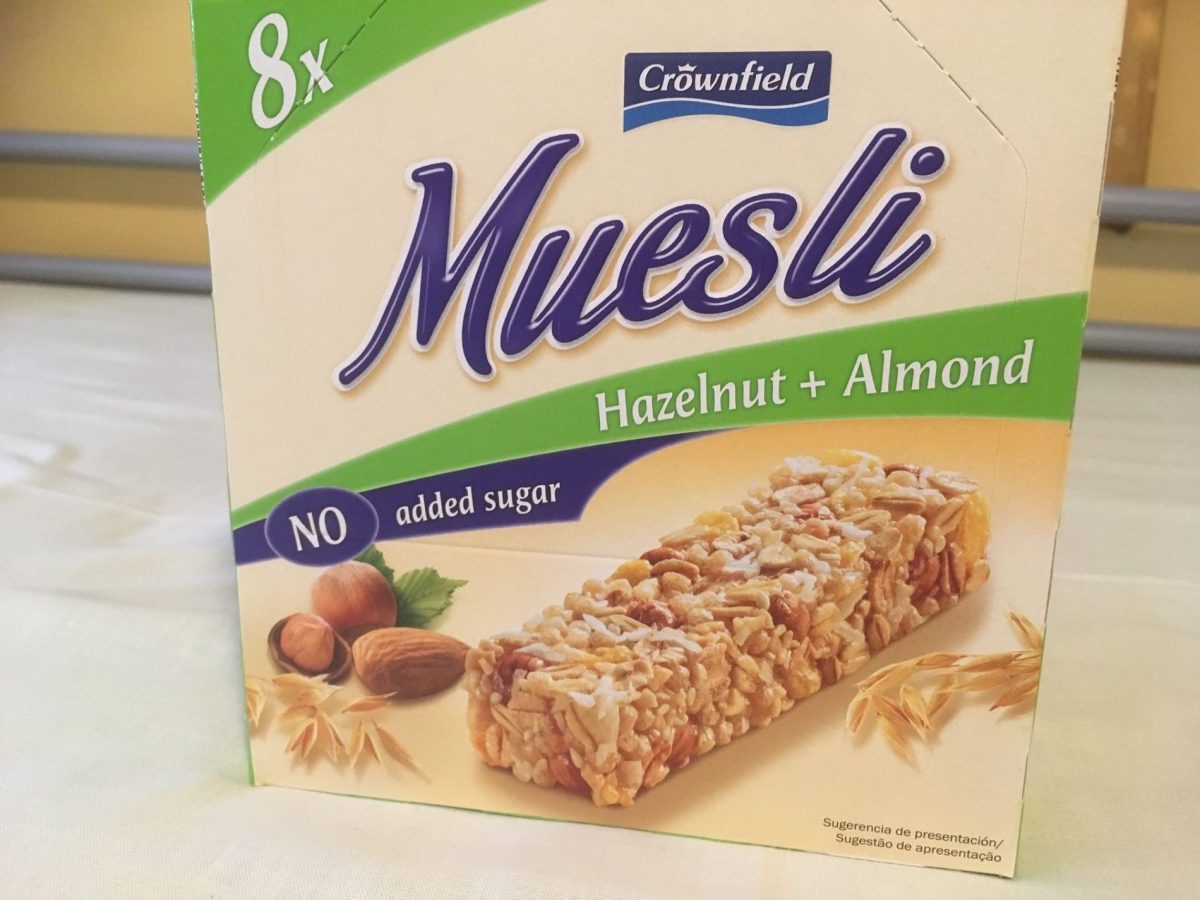 While I was on the Camino, in the evenings I usually ordered dinner at restaurants or albergues. During my walking time in the mornings and early afternoons, however, I mostly self-catered by eating picnic foods and other snacks that I carried with me.

I enjoyed being able to stop to eat wherever and whenever I wanted, rather than being dependent on the cafés and bars I might come across on the way.

Picnic foods such as bread, tomatoes and avocados are available pretty much everywhere on the Camino. I often supplemented this with vegetarian patés that I bought in health food stores, but the ubiquitous extra virgin olive oil works just as well.

There are also many vegan trail snacks that are sold in supermarkets and small grocery stores in virtually every village on the Camino de Santiago. Some easy-to-find vegan snack foods include: nuts, fresh or dried fruit, trail mix, granola bars, rice cakes, digestive biscuits (cookies), and dark chocolate bars. 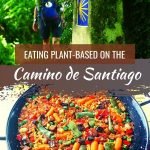 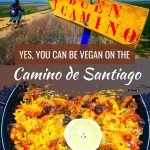