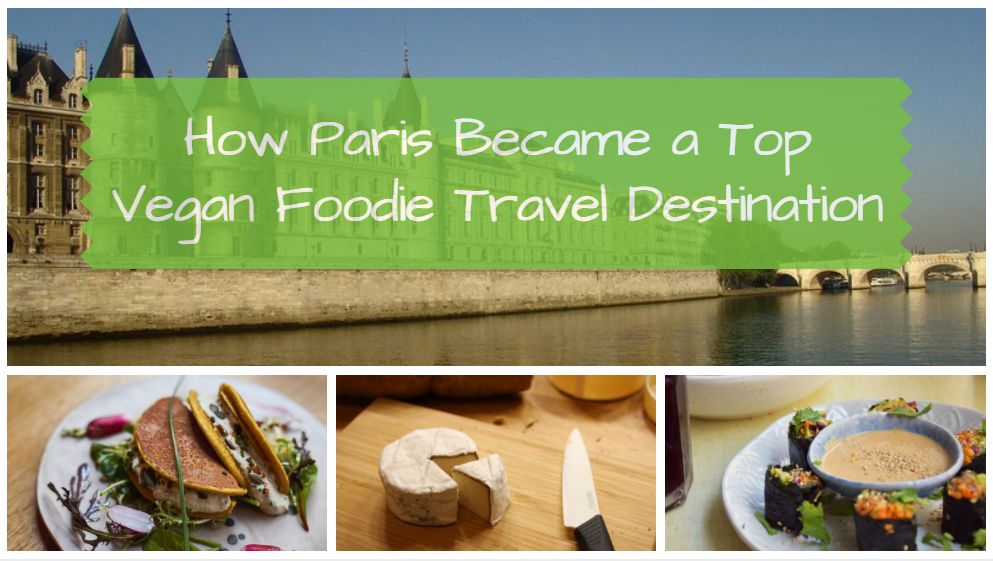 In the latest episode of the Vegan Travel Gals, my co-hosts and I chatted with Thomas Tieyre, the founder of Paris Vegan Walkabouts. Thomas told us that the vegan Paris food scene has exploded in just the last couple of years!

You can watch the full episode here:

But if you don't have time to watch the whole video, Thomas was also kind enough to write down some of his top tips for exploring vegan Paris, complete with links to his favorite restaurants in the city.

Check out my interview with Thomas below:

The Birth of the Vegan Paris Food Scene

For a long time, Paris has had a bad reputation for not being vegan-friendly. What is the vegan food scene like there now, and how has it changed in recent years?

Yes it’s true, Paris hasn’t traditionally been a vegan-friendly city, but the situation has improved a lot over the past two years.

Now there are 61 completely vegan locations offering food or other types of products like clothing and cosmetics. It’s really convenient both for the locals and travelers – since Paris is a smaller big city, you can usually find vegan spots really close to you wherever you happen to be.

One of the major shifts was the opening of VG Pâtisserie, the city’s first gourmet vegan pastry shop specializing in French pastry, in April 2017.

VG Pâtisserie has proved that it’s possible to combine the excellence of French culinary expertise and vegan ingredients to make truly delectable pastries. It was the beginning of a really strong momentum of vegan openings that continues to this day. 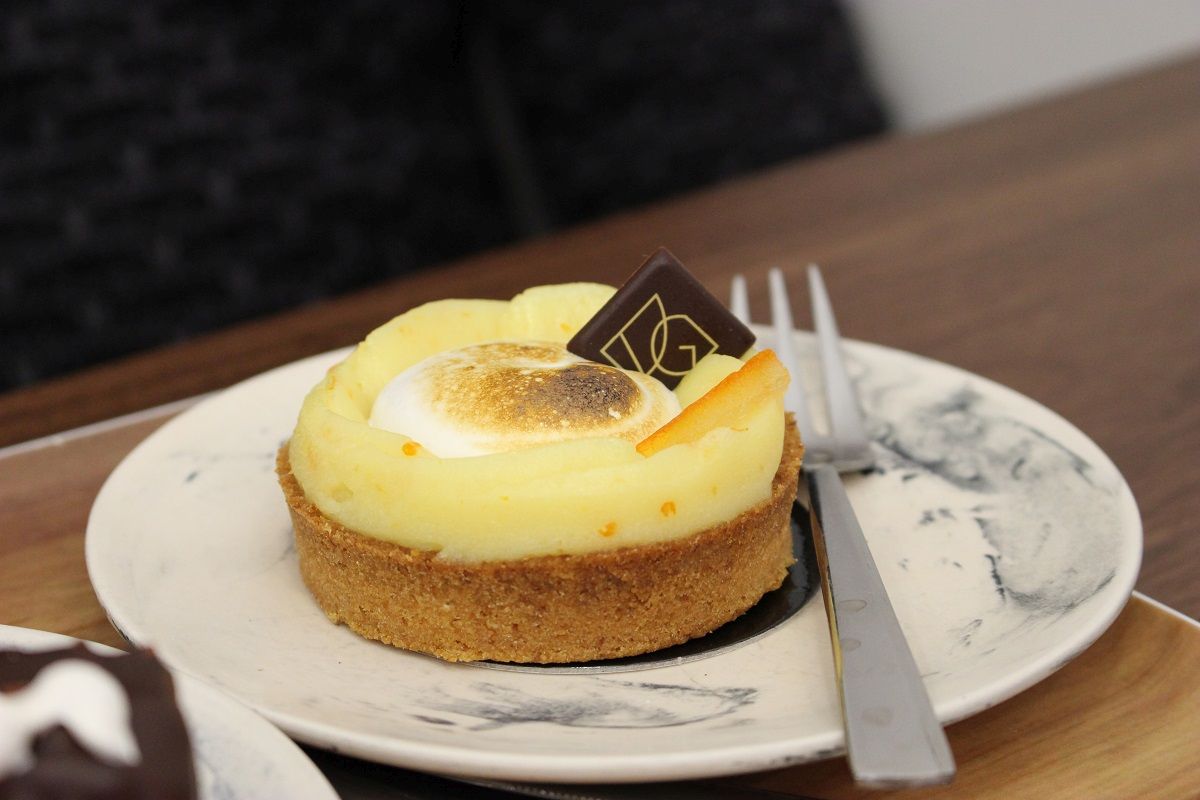 Finding a wide range of vegan spots in Paris is no longer just a dream – it’s a reality! From coffee shops like Comptoir Veggie or Cloud Cakes and burger joints like Hank or Season Square to the more high-end restaurants like Le Potager de Charlotte, there is something for every budget and culinary preference.

And many other great places, since it’s impossible to mention them all!

What are some of your favorite restaurants for vegan food in Paris?

Le Potager de Charlotte is one of my top picks. Not only do they create delicious gourmet vegan cuisine using seasonal products, but this family-run restaurant is also really involved in promoting our French terroir with the awesome local products they find.

A more exotic vegan spot is Jah Jah by Le Tricycle. They offer an Afro-vegan cuisine that is really unique on the Paris vegan scene, inspired largely by the culinary traditions of Africa, South America and the Caribbean. One of my favorite dishes is the cauliflower “wings” with BBQ sauce, which is perfect as a starter to share with friends! 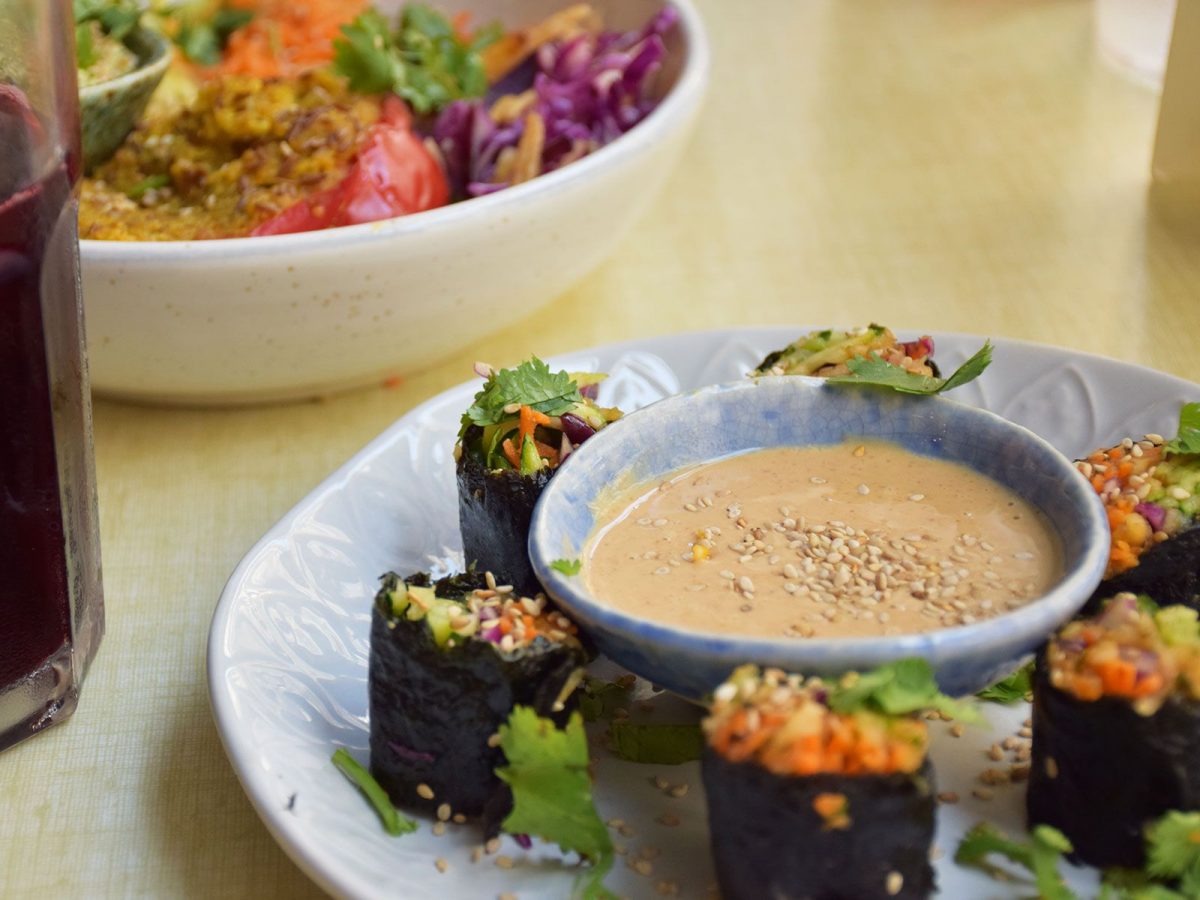 Are there any local vegan networks or events where visitors could meet local vegans?

There are plenty of ways to meet local vegans in Paris!

You can join the Paris Vegan Meetup Group as well as the Paris Vegan Group on Facebook. Whether you want to find a special vegan spot, learn how to use a certain product or find something special in a store… or you just want to hear about upcoming vegan events, you’ll find the info in these groups!

Merci Bernard is a vegan events agency that organizes awesome events like the December Christmas market and vegan barbecues in warmer weather. These barbecues will continue once a month during the spring and summer period in 2018.

Every year in September, the Smmmile vegan pop festival offers good music, good food and cooking classes to help people learn about everything vegan food has to offer. Once a month, they also hold a party, the “Off du Smmmile”, to highlight new vegan projects and offer people the chance to socialize in a nice vegan spot.

France is famous for its pastries. Are there any vegan versions of these sweet treats available?

This is true, and for many tourists finding excellent pastries is a key priority, so you can see how important it is for there to be quality French pastries in a vegan version!

As I was saying earlier, VG Pâtisserie has really been a game changer in this regard. From their lemon pie, to their “baba” or “entremet”, they use organic ingredients and seasonal products as much as they can, and the results are exquisite.

Jo and Nana Cakes is less well-known, but the pastries they make are also beautiful and delicious. Their “Mont-Blanc” is not to be missed!

The future of vegan pastry is in good hands with these locations, and more exciting openings are to come! 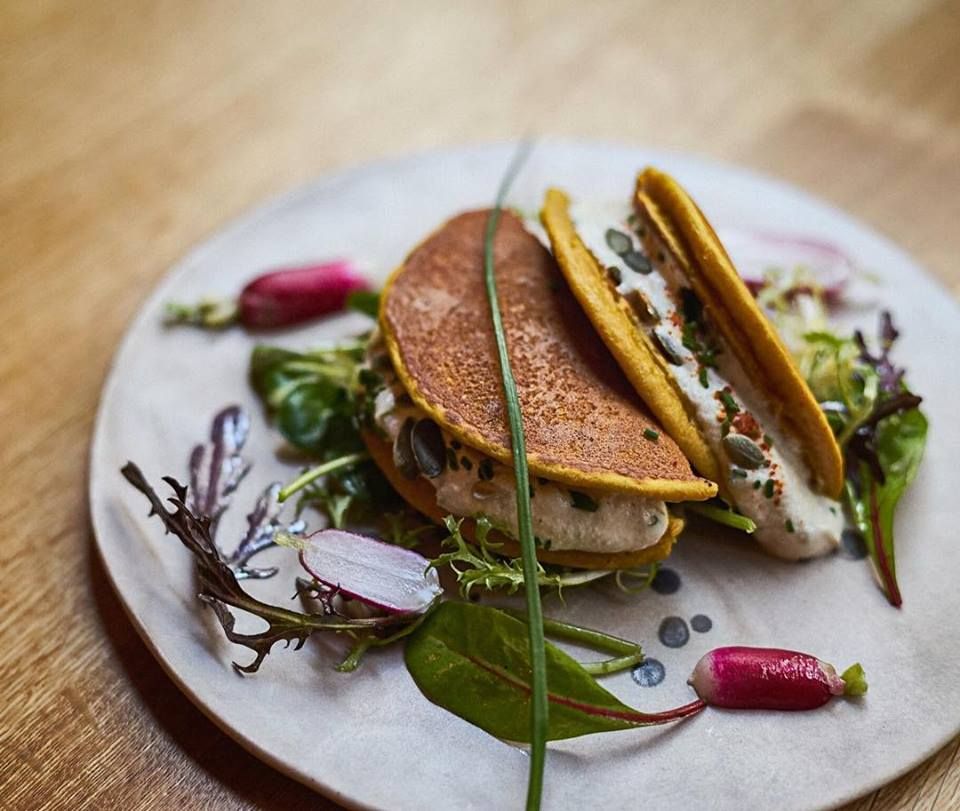 For those who are traveling with non-vegans and aren’t able to eat at vegan restaurants for every meal, are there any vegan options they can look for in mainstream restaurants? Will restaurant staff make adjustments for vegans on request?

There are two main problems you face when you try to eat vegan at a mainstream restaurant in Paris.

Some restaurants in Paris have improved the situation by adding a V label or other symbol to their menu to indicate the vegetarian or vegan dishes. But it’s still difficult to find vegan options.

The second challenge is asking the restaurant staff to make adjustments to a dish to make it vegan. At the current time, waitstaff and chefs are not so very knowledgeable about vegan ingredients or how to veganize a dish.

But it really depends on each restaurant, there are no rules about it. Ask your server if a dish can be modified to make it vegan and you may be pleasantly surprised! 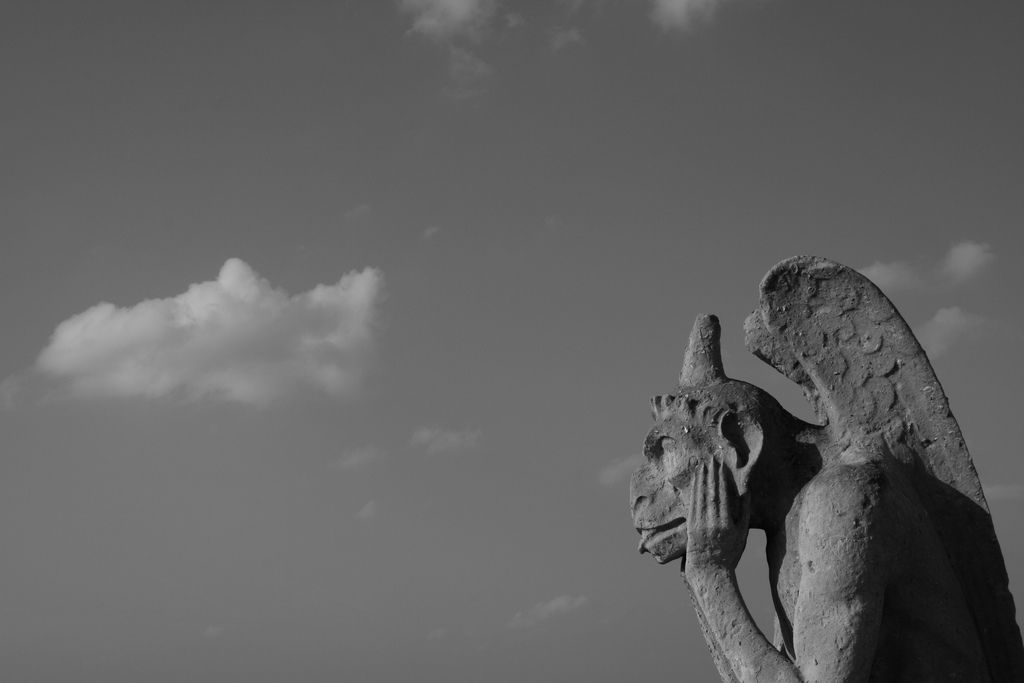 How to Say "I'm Vegan" in French

Is the term “vegan” widely understood by Parisians? How can visitors explain in French that they are vegan?

I’d say the term “vegan” is widely understood in areas that are more trendy or have many veggie and vegan-friendly eateries, like the Marais, the 11th arrondissement or the “Veggietown” district in the 9th and 10th arrondissements.

The Vegan Passport is the most useful tool for telling locals that you’re vegan when you travel abroad. It’s a multilingual app that explains in 79 languages what you do and don’t eat as a vegan, with both pictures and words.

Otherwise, you can say “Je suis végane” to say that you’re vegan, or you can list the animal products you don’t eat, but that would of course be harder.

What about self-catering for vegan travelers – are there any particular grocery stores or markets that are good for picking up vegan ingredients?

It’s really easy to buy vegan products in Paris if you know where to shop!

Two well-known and completely vegan grocery stores are Un Monde Vegan and Mon Epicerie Paris. Both located in the 3rd arrondissement, they offer a wide range of vegan products, from vegan cheese and plant-based yogurt to plant-based milk, and even vegan wines! Aujourd’hui Demain is another good vegan concept store that recently opened in the 11th arrondissement.

Apart from those, the city is also home to four fully vegan Naturalia Vegan stores launched by the French organic brand Naturalia. Here you’ll find a wide range of vegan products of every type too!

And lastly, what will people experience if they join one of your vegan tours of Paris?

UPDATE April 2019: Thomas has moved on to other projects, and the Paris Vegan Walkabouts are no longer running. 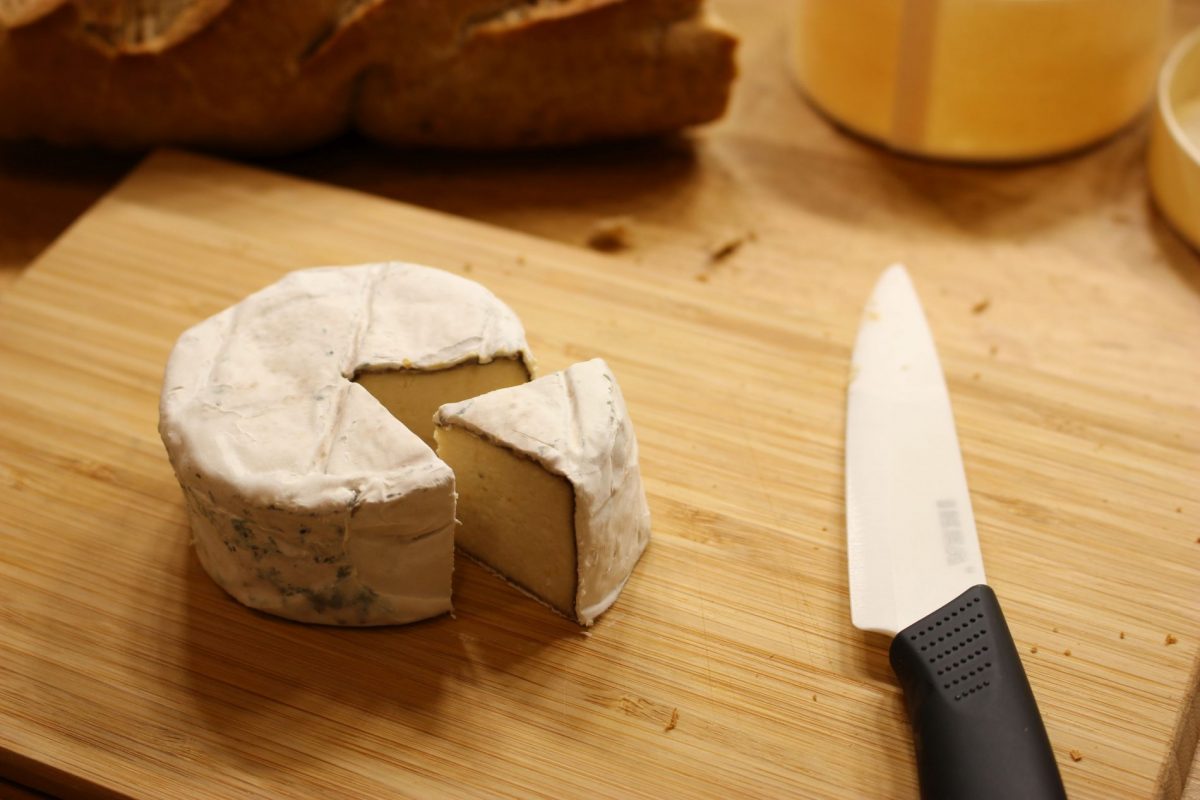 It’s also an opportunity to explore the best districts of Paris and learn little-known historical facts. And the cherry on top: our groups are small, so there are ample opportunities to ask questions and get to know like-minded fellow participants!

And since the vegan scene is changing really quickly, I also share my recommendations for the best vegan spots of the moment and talk about my experience as a local vegan. 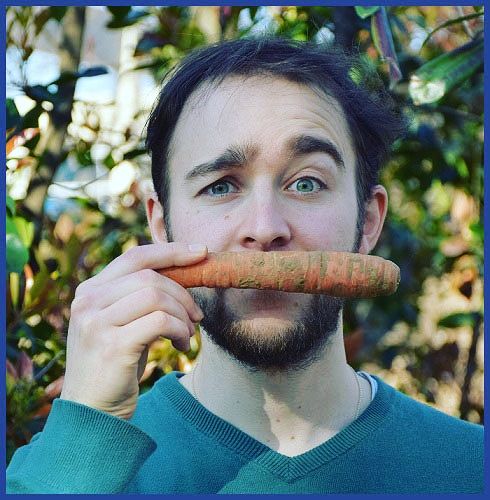 As your guide, Thomas Tieyre will take you to the best vegan spots in Paris and help you experience the city like a local.

And if you're planning to explore more of France beyond just the capital, check out my articles on vegan food in France below. It's not the easiest country to travel in as a vegan, but there's always a way to make it work!

Toulouse: Even in meat-loving cities like Toulouse, it's possible to find local vegan specialties in France. You can get a delicious vegan brunch there too!

Chamonix: The skiing is fabulous in this popular resort, and there are quite a few vegan options in Chamonix too!

Other ski resorts in France: Admittedly, the local diet in the Alps is pretty heavy on cheese and light on vegetables, but don't panic. Here are my tips for navigating your next vegan ski trip without going hungry, even in the worst case scenario. 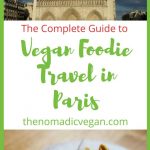