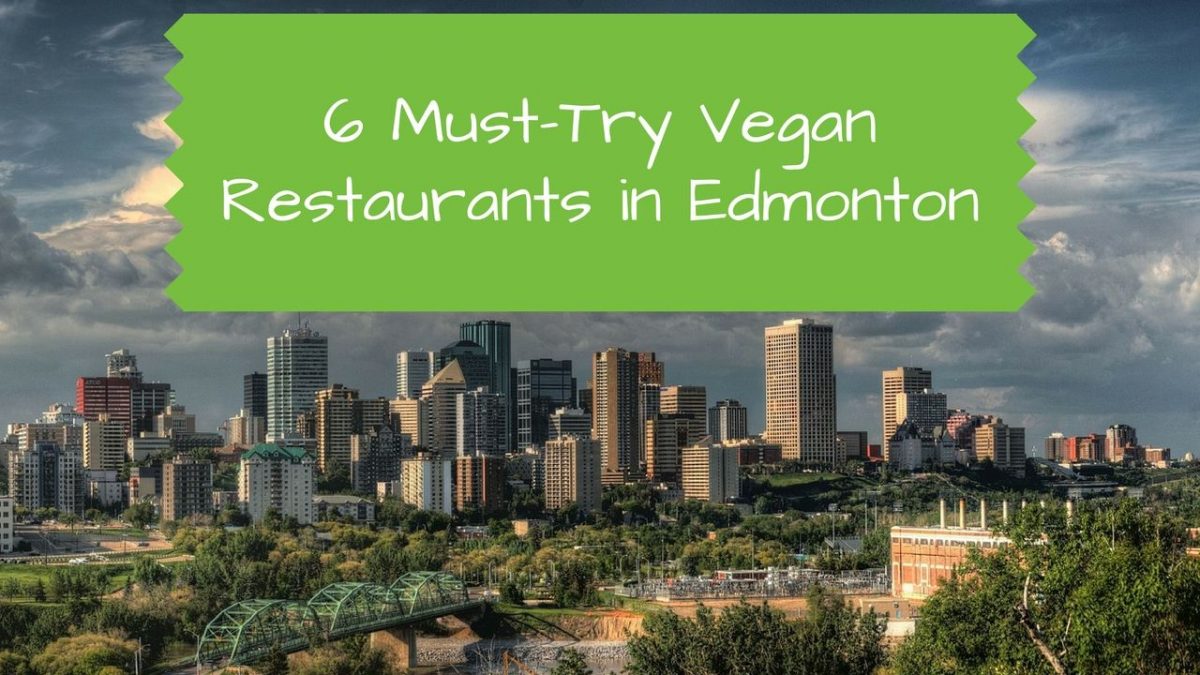 The Best Vegan Restaurants Edmonton Has to Offer

Being vegan in Edmonton, Alberta Canada, a.k.a the capital of cattle country, isn’t always easy. Apart from gorgeous Banff National Park, Alberta is primarily known for raising and eating cows.

As much as fun it is to go to a non-vegan restaurant and offer the chef a challenge by asking them to prepare “your best vegan meal”, it’s nice to go somewhere and be able to just order anything and everything off the menu.

Luckily, there are several vegan restaurants in Edmonton serving up incredible vegan food. I’ve been vegan for about a year and a half, and have eaten at these restaurants at least a half dozen times each. So, in no particular order, here they are:

Although not my personal favourite from this list, Padmanadi is probably the most popular vegan restaurant in the city. It always shows up in the 1st spot in local magazine reviews for vegan food in Edmonton.

Located in the north central area, its Pan-Asian menu offers an enormous selection, which consists of noodle, rice, tofu and mock-meat dishes. Some of the mock meat dishes are outstanding, while others leave a little to be desired.

Despite being located in the most questionable neighbourhood of all the restaurants listed in this review, it has one of the better atmospheres. Although, come to think of it, isn’t that always how it usually works?.

• A vast and enticing menu

• Best to go in groups, and sample from the large menu

• Located in a somewhat dicey neighbourhood

• Due to popularity, wait times for food can be relatively lengthy (although still reasonable)

• In my opinion, mock-meat dishes at Loma House are of better quality

Want to download this guide as a printable PDF with restaurant addresses, opening hours, and a map showing the locations of all the restaurants?

Your vegan guide to Edmonton is on its way to your inbox.

My personal favourite, Loma House serves up Pan-Asian cuisine in a small, quiet setting in the south end of the city. Many of their dishes feature meat substitutes. The menu is quite similar to that offered by Padmanadi, only smaller.

• Their “Spicy Beef” is the best vegan mock-meat dish I’ve ever eaten, hands down

• Parking is never an issue

• Due to quick parking and quick service, it’s the best place to get a fast meal

• Menu offers a little less variety than Padmanadi’s, although many dishes are different

• No music in the restaurant (which can be a pro, depending on your taste in atmosphere)

Cafe Mosaics serves a wide variety of dishes, in a comfortable setting, on one of the main cultural strips in Edmonton - Whyte Avenue. They serve up a tasty variety of Western, Mediterranean, and Asian dishes. An Edmonton mainstay for veggies and non-veggies alike.

• Excellent variety in the style of main dishes offered

• Plenty of appetizers, side dishes and desserts to choose from

• Some items have egg, but the menu will make note of those items, and servers are generally pretty good about reminding you about the egg, should you choose to order those items

• Due to its location and popularity, seating isn’t always immediately available, and wait times for food can be a little lengthy

After some searching I found this wonderful #vegan #vegetarian restaurant called @noorishyoursoul in #Edmonton #Alberta to stock up on a few #organic meals while I'm in town. Tonight I had #raw #perogies and let me tell you my mind was blown. Soooo good! Can't wait to dive into my treats & #immune boosting soup tomorrow! #noorishedmonton #cleaneating #eatingonthego #musicbiz #music #healthylifestyle #plantbased #superfoods

Featuring local, organic and raw ingredients, Noorish might be an interesting change of pace for you if you're a "junk-food vegan" (I'm not , but I dabble).

Located just off of Edmonton’s Whyte Avenue on 109th street, this restaurant offers the cleanest, and priciest, of the food on this list. In fact, many health-conscious omnivores frequent Noorish, because it serves some of the ‘cleanest’ food in the city.

• Their Kale Caesar salad will make you smile when someone says, ‘Kale’

• Servers take their time to chat with you a little

• Parking can be hard to find

• There is a distinct flavour that permeates all of their dishes, which can be a good or a bad thing, depending on your tastes

The Clever Rabbit is a tiny little cafe located on the up-and-coming 124th street in Edmonton. You have to keep your eyes open when walking down the street, or else you might miss it.

It’s located next to a pet-supply store/small cat rescue, so you can go give some rescued kitties some love after eating. I almost adopted four last week, but my dog talked me out of it.

• Features a plethora of house-made vegan desserts, many of which are outstanding

• Often have weekly specials or special events, such as ‘Vegan Donut Week’ or ‘Vegan Thanksgiving Dinner’

• Very quiet atmosphere, almost feels like you’re eating in a stranger’s living room (which can be a pro if that’s your thing)

• Seating is immediate, but wait times for food can border on obscene

• Parking isn’t the greatest in the area, but it is in one of Edmonton’s more walking-friendly neighbourhoods

Also located on Whyte Avenue, The Buckingham is an alternative rock bar, whose menu is curated by the wizards behind the local vegan food truck, “Sailin’ On”.

• It’s an alt-rock bar, so if you’re looking for a peaceful sit-down dinner, this won’t necessarily be your best bet

• Parking can be a nightmare, but it’s on Whyte Avenue, so walking isn’t out of the question if you park nearby

Eating at any of these amazing locales will help you forget you’re in the middle of beef-obsessed Alberta.

Want to download this guide as a printable PDF with restaurant addresses, opening hours, and a map showing the locations of all the restaurants?

Your vegan guide to Edmonton is on its way to your inbox. 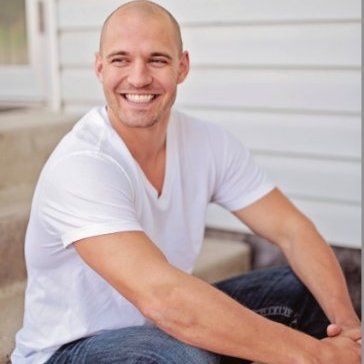 Tim Hordo -- Founder of Get It Vegan

Tim is the founder of Get It Vegan. A vegan for the past year and a half, he spends his days learning about veganism and animal welfare issues. He enjoys finding vegan-friendly items and saying, "Look, this is vegan!" to anyone who will listen. 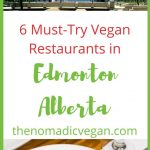