A Local’s Guide to Vegetarian and Vegan Restaurants York England 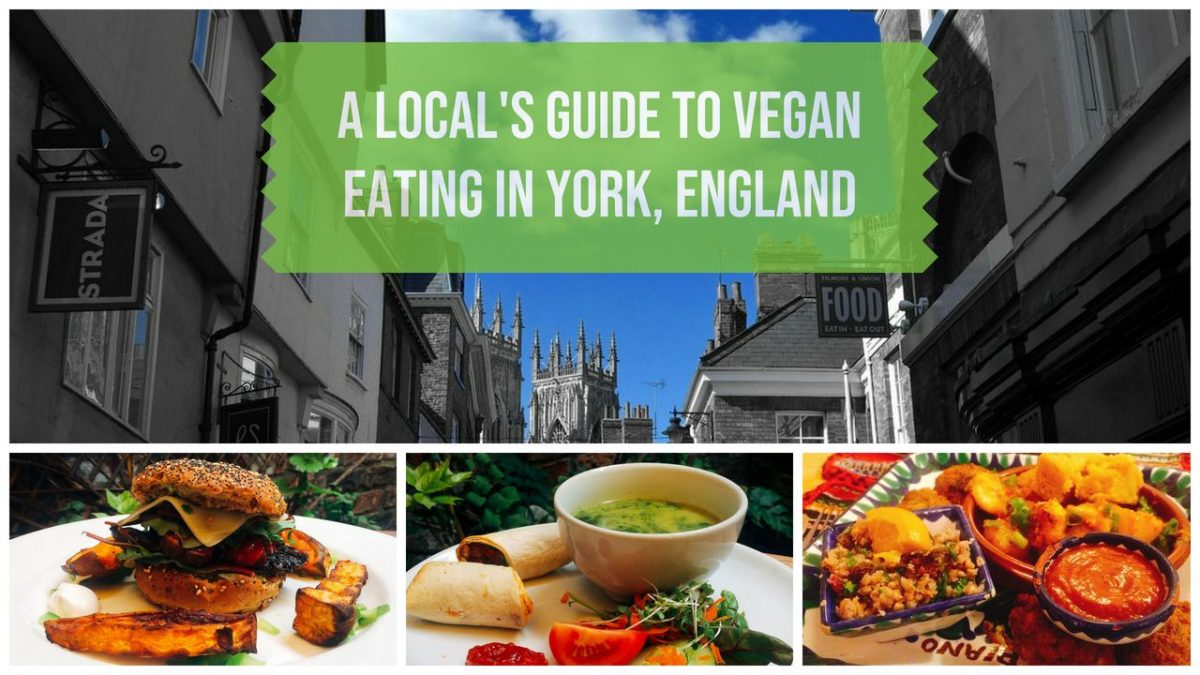 Yorkshire, a county in northern England once known for its traditional Sunday roasts and Yorkshire puddings, has now transformed itself into a vegan-friendly destination.

Don’t get me wrong, it’s still far behind places such as London in terms of vegan options, but the vegan restaurant scene in York has vastly improved in the past 10 years.

The city of York sits in North Yorkshire, boasting its beautiful minster (cathedral) and many vegan and vegan-friendly places to enjoy. Aside from the big chain restaurants now offering vegan menus and options, York is also home to many vegan independent eateries.

As a local living in York, I’ve made my rounds of all the great vegan spots in the city. Here is my local’s guide to vegan and vegetarian York! 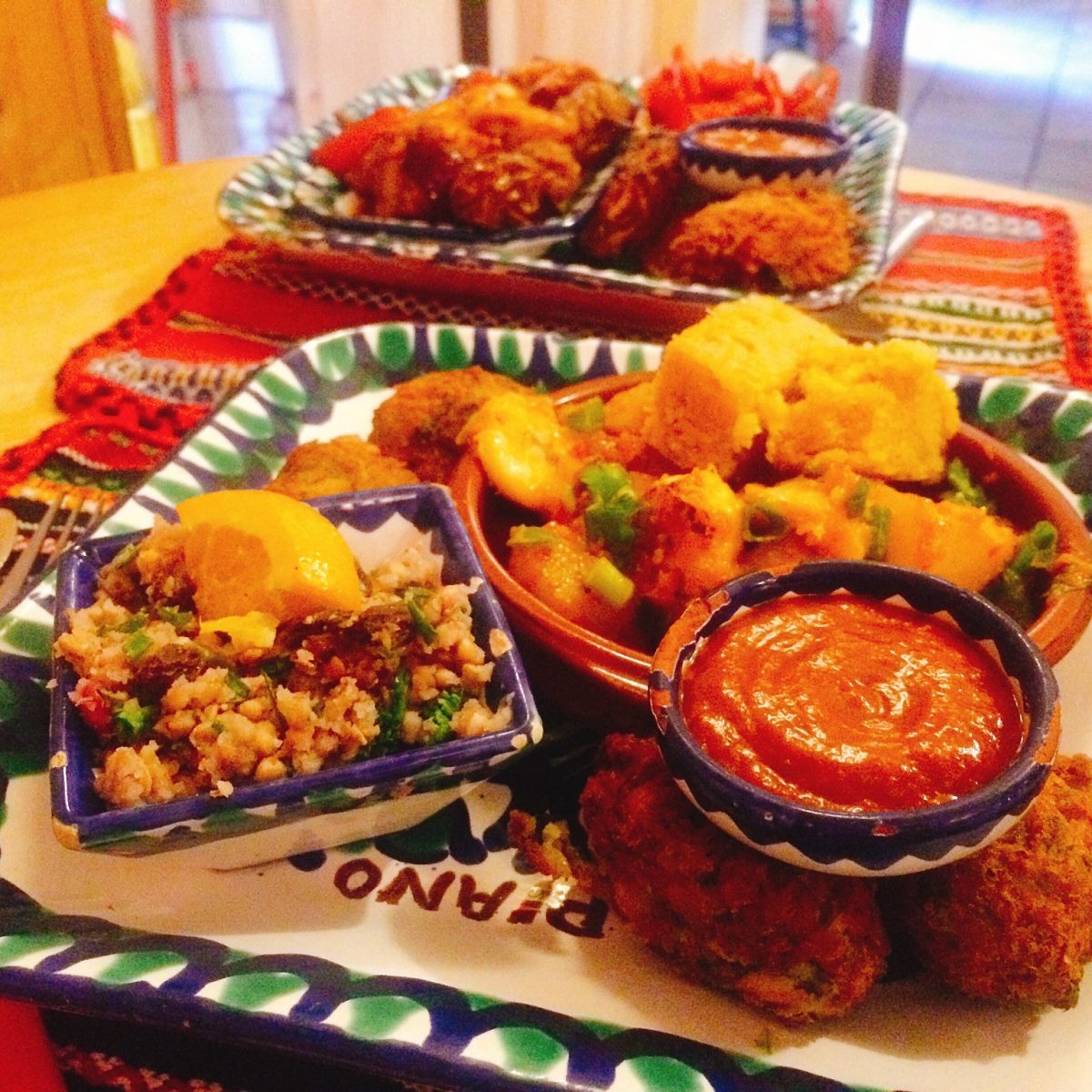 UPDATE August 2020: Sadly, El Piano has permanently closed. There are plenty of other great vegan options in York, though. In addition to the ones described below, also check out the recently opened Orchid Vegan and Döner Summer.

El Piano is an award-winning and completely vegan restaurant, featuring a menu that’s totally free from nuts, gluten, palm oil and refined sugar, in addition to all animal products.

Their most popular feature on the menu is the ‘build your own plate’ option – you pick one hot dish, from a dhal to a kebab, one type of fritter, including corn fritters and falafels, and one cold salad. They also have a take-out window, making this a great vegan takeaway York option for food on the go!

Once Across the Garden

The wonderfully named Once Across the Garden is a 100% vegan market stall with two locations in York – one on the beautifully historic street known as The Shambles and one inside the modern marketplace Spark, a new and unique community project.

The two locations always boast a delicious selection of bakes and hot food items, with favourites like mac and cheese, bacon sandwiches and sausage rolls.

The menu is constantly changing, but their current menu (summer 2018) consists of the vegan donner kebab (made from homemade seitan) and burgers such as the ‘Bhaji Burger’ (essentially a giant, flavoursome onion bhaji in a bun) and ‘Seitanic Buckfast Cheeseburger’.

Once Across the Garden successfully appeals to non-vegans as well as vegans, making them champions in the vegan movement.

UPDATE August 2020: Sadly, True Story has permanently closed. There are plenty of other great vegan options in York, though. In addition to the ones described below, also check out the recently opened Orchid Vegan and Döner Summer.

True Story is an independent, family-run vegan café close to the York Minster, and it regularly hosts supper clubs and comedy events. The atmosphere is friendly and laid back, and the food is adored by many!

Humpit is a chain restaurant serving mainly hummus, pitta and falafel, with other locations in Leeds and Sheffield in addition to York. They often host events such as yoga nights and, recently, a table-painting session, providing free food and drink for the participants! It’s a great place to go to meet like-minded people. 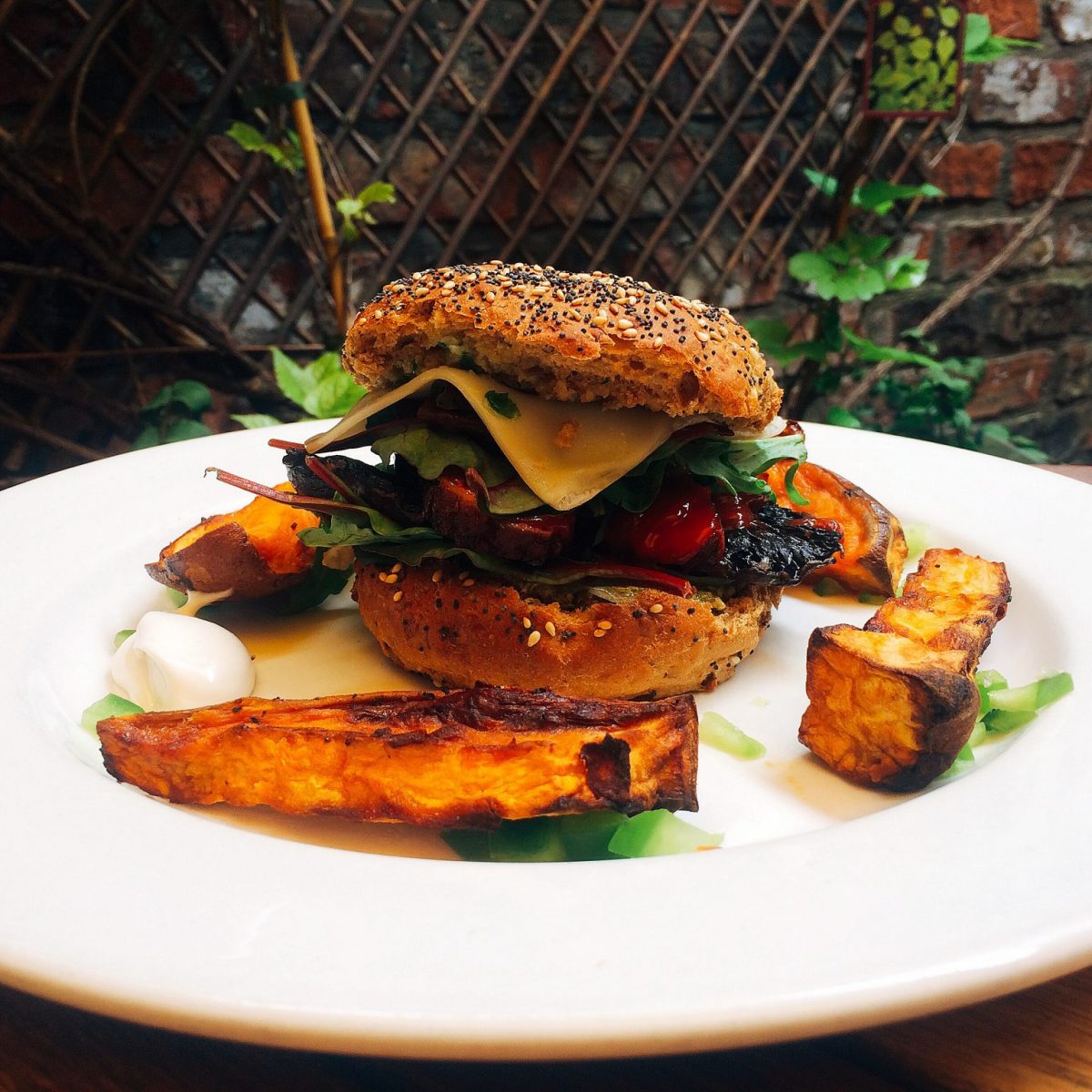 The next stop on our vegan York tour is Goji Cafe — a vegetarian cafe with extensive vegan options and a very friendly atmosphere. They offer a takeout menu alongside the main menu and always have a selection of cakes on offer.

Their main menu includes burgers, platters, soups and broths (the ‘nourish noodle bowl’ is delicious) and other light bites. Their ‘Goji Tea’ is a caffeine-free superfruit tea which I see as a necessity upon every visit to Goji York!

For a sweet treat on a hot day in York, the (N)Ice Cream Factory is the perfect place to go! They provide a selection of vegan options such as chocolate peanut butter and Oreo.

The brand new Ippuku Tea House is a Japanese tea house with a variety of vegan and gluten free options, including brunch options such as pancakes and sushi bowls and donburis as mains. The miso soup is delicious!

This pancake house has a vegan menu and vegan specials, including their homemade nutty chocolate spread and Swedish Glace ice cream. They also have savoury options that feature roasted vegetables - well worth a visit! The perfect slightly indulgent vegan breakfast option in York.

For more vegan-friendly places to eat, the York Vegans UK Facebook group has a comprehensive list that can be accessed by all its members.

Heading elsewhere in the UK? Check out these other articles about vegan food in these destinations in England: 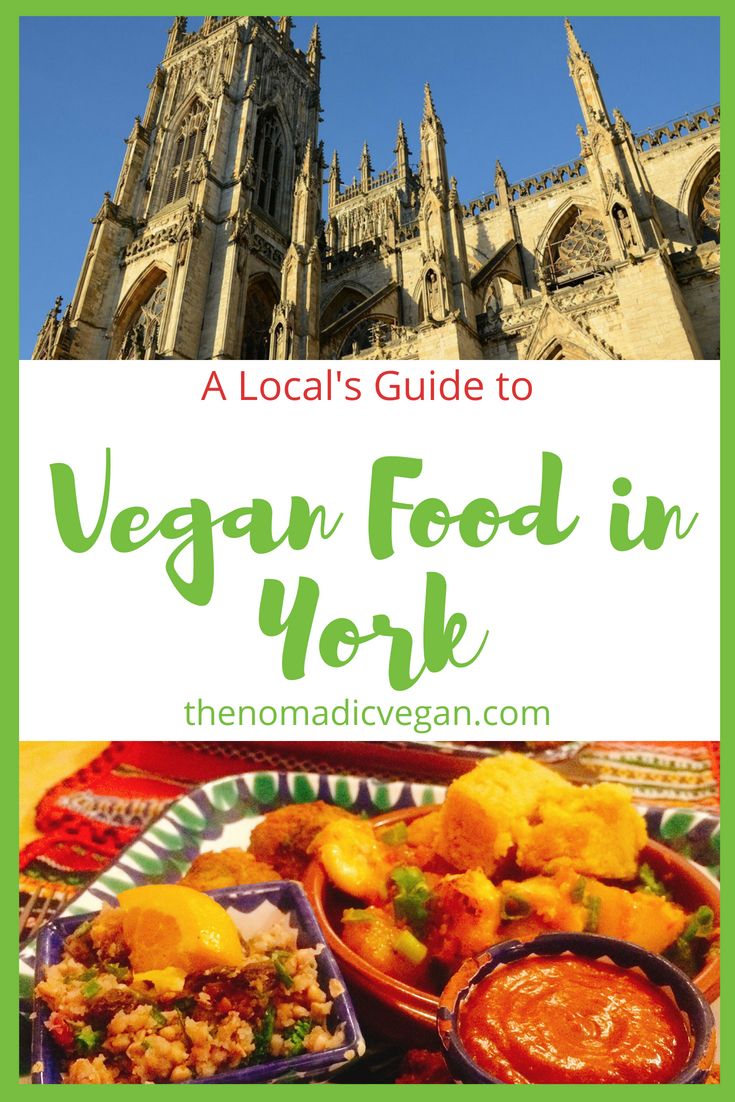 Hi! My name is Josie and i’m a vegan teen with a passion for cooking (and eating!). I post pictures of my creations on my Instagram @plant_based_jo.
View all posts by Josie Walker →