So your best buddies are planning a spring ski trip to Chamonix, France. Clear blue skies, deep powdery snow, and ski lifts that keep running well into April. Sounds great, right? Until your friends turn to you with that concerned, pitying look and ask, “But what are you going to eat there?”

They obviously don't think you'll be able to find vegan food in Chamonix, and you wonder if maybe they're right. After all, France is not known as a very vegan-friendly country, and the fact that most fruits and vegetables don't grow at high altitude certainly can't help matters. Will the locals even understand you when you try to ask for a vegan meal??

Rest assured, vegans can eat like kings in Chamonix! While it's true that the local cuisine in the Haute-Savoie region of France is dominated by meat and cheese, a number of Chamonix restaurants are quite attuned to the needs of vegan travellers. Even up on the slopes!

Check out the video below, where I take you on a vegan culinary tour of Chamonix, from fine dining in an 18th century farmhouse to hearty pub grub. Be sure to work up a big appetite when you're cruising around on the ski slopes!

Here are my top picks for vegan dining in Chamonix, both up on the slopes and down in Chamonix town. For more about what these restaurants have to offer vegans, be sure to watch the video above! 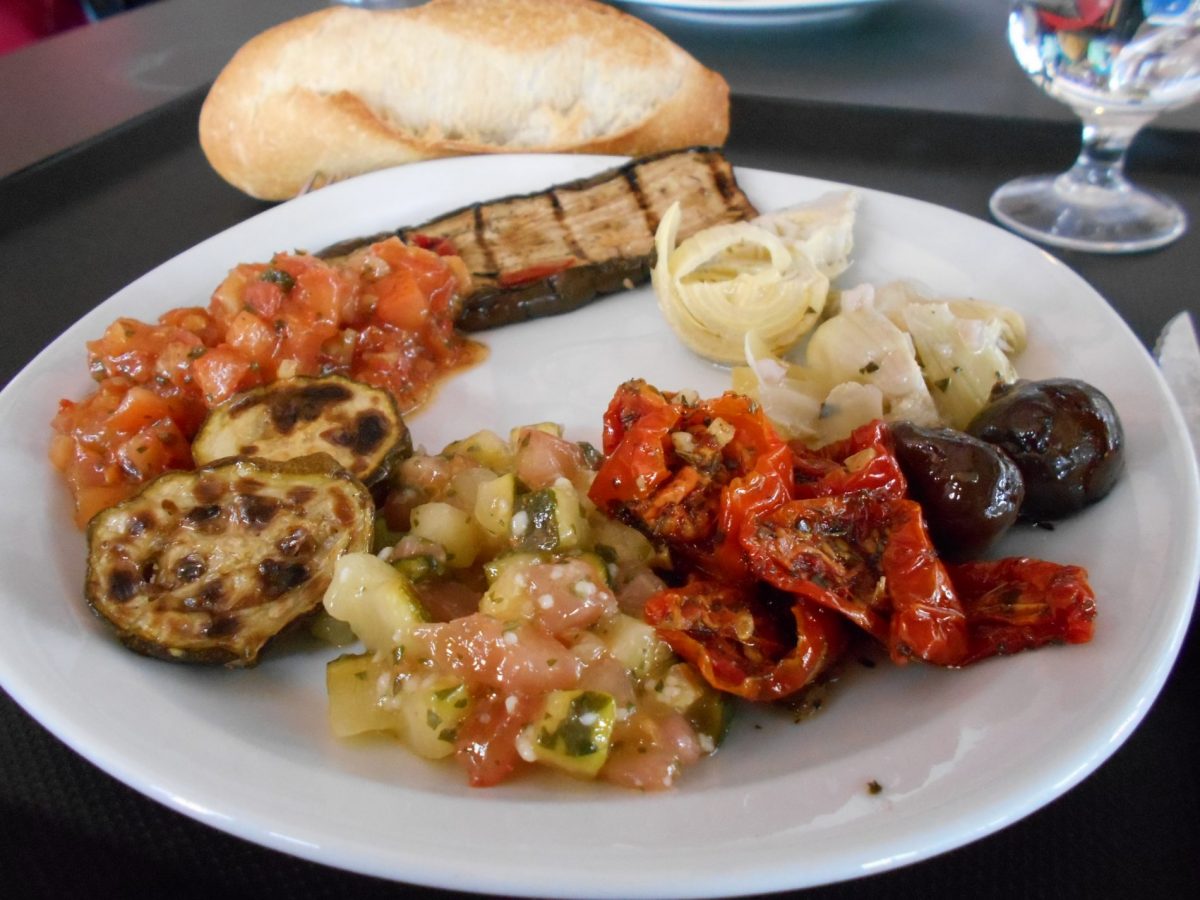 The antipasti buffet at Rider Café is the bomb!

A moderately upscale, table service restaurant at the top of the Flégère cable car. You probably won't find much on the menu that's vegan, but the chef is happy to make a vegan meal on request, e.g. stir-fried vegetables and rice.

UPDATE December 2019: It looks like Rider Café may have closed, or at least they don't have an active webpage anymore. However, there's a place called Le Spot de Lognan in the same area that offers a vegan burger.

A self-service cafeteria at the top of the Lognan cable car with a large antipasti buffet containing many vegan options. The buffet is pay by weight. Hot meals change regularly but may also include vegan options such as onion soup or pasta with vegetable and tomato sauce.

Another self-service cafeteria with a large outdoor terrace with beautiful mountain views. The salad buffet includes several vegan options, such as grilled eggplant and sun-dried tomatoes. Hot meals may include pasta in tomato sauce, and vegetable side dishes can be ordered on their own and combined to make a full meal. 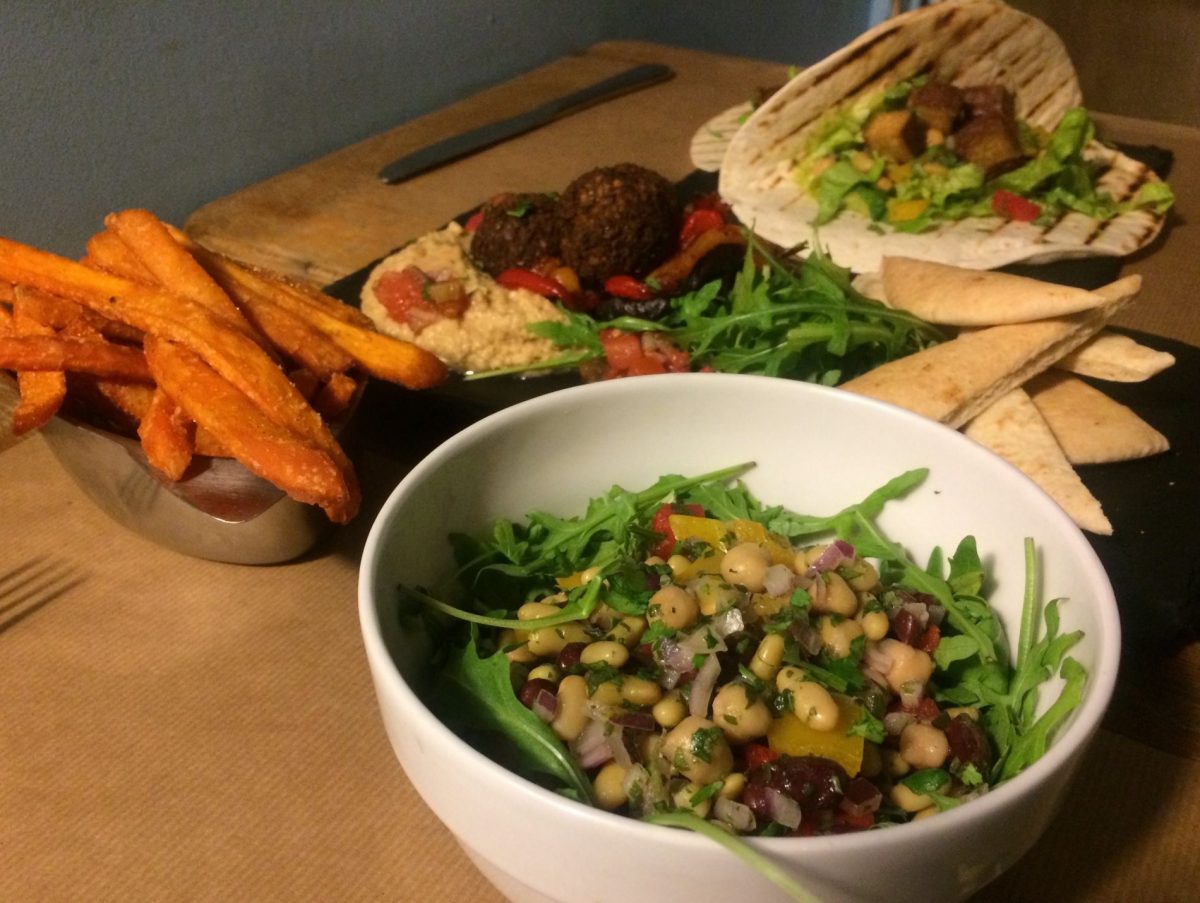 The staff at Monkey don't monkey around when it comes to cooking awesome vegan food!

A cozy wine bar and restaurant serving seasonal, Italian-themed food. The menu changes regularly but is guaranteed to include plenty of vegetarian and vegan options.

A fine-dining establishment located in a converted 18th century farmhouse. The cuisine is Italian with an organic, Paleo twist - the majority of menu items are gluten-free and dairy-free. There is one main dish that is referred to on the menu as "the vegan dish", but in reality there are a several vegan options, including a number of vegan desserts. Enchanting atmosphere with live music.

A British pub that serves up beer, live sporting events and hearty pub grub, including plenty of delicious vegan options. The vegan menu items are clearly marked and range from hummus to soft-shell tacos. Don't miss the sweet potato fries!

I have a couple more travel videos in the works and would love to make more in the future, so if you'd like to see more videos like this one then be sure to subscribe to my YouTube channel below!