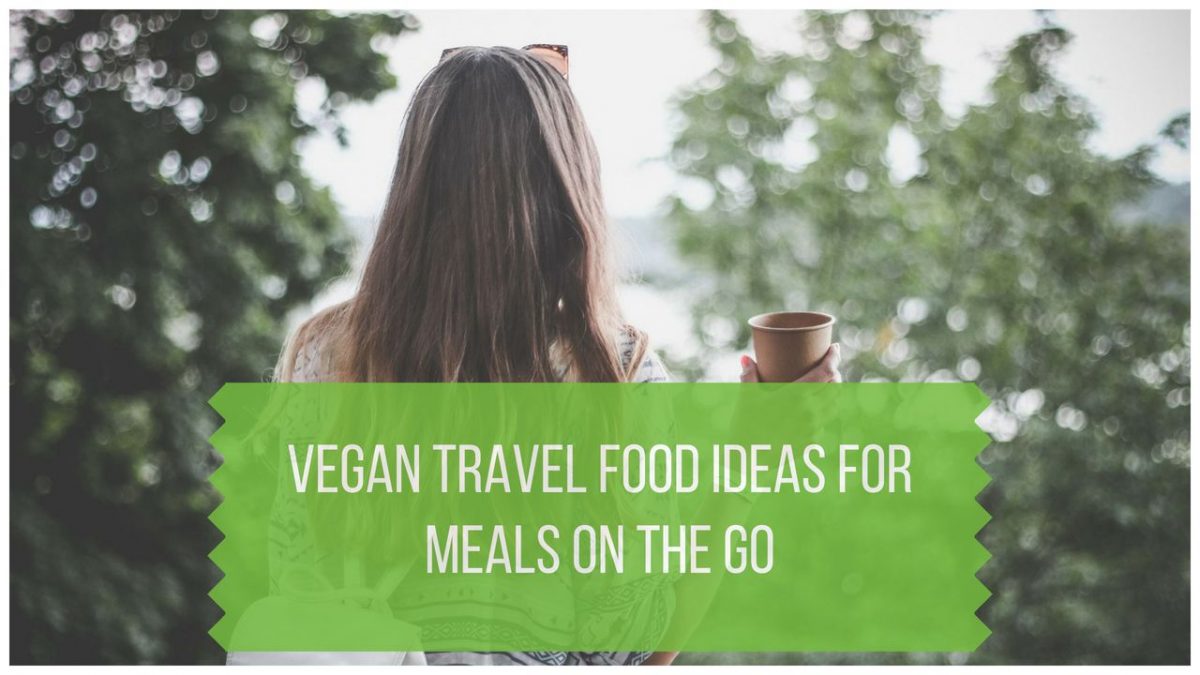 So, you’ve just touched down at your destination and walked into your Airbnb.

As any savvy traveler in search of vegan food would, you’ll obviously want to check HappyCow to find the best vegan restaurant fare in the area.

There’s nothing like tasting the local cuisine after you’ve arrived at a new place.

But if you’re going to be staying for a long period of time, you might want to consider doing some actual grocery shopping and taking advantage of the kitchen and fridge space at the home you’re staying in.

Here are a few reasons why…

Now that you’ve seen the reasons, here’s a plant based diet grocery list of things that I like to pick up at the store when I’m staying in an Airbnb…

They’re quite simple, but I’ve found that if you're traveling while vegan it pays to have them on hand to avoid getting hangry and spending tons of money eating out.

If I had to pick one essential vegan food for travel, it’s going to have to be Larabars. And no, I’m not sponsored by them or anything.

The reason I like them so much is because they’re all vegan and around 95% whole foods. They’re also widely available and very affordable. Each bar has around 200 calories, so it’s right in between a snack and a small-sized meal.

When traveling to the Midwest United States for business, Larabars have gotten me through some tough times! With Walmart being the only store in the area, I used these bars as my main source of calories over some extended business trips.

So, when I go to the grocery store, I’ll usually buy around 12 of these vegan travel snacks to keep for the trip. If I don’t finish them, they’re easy to take onto a plane, so they never go to waste. 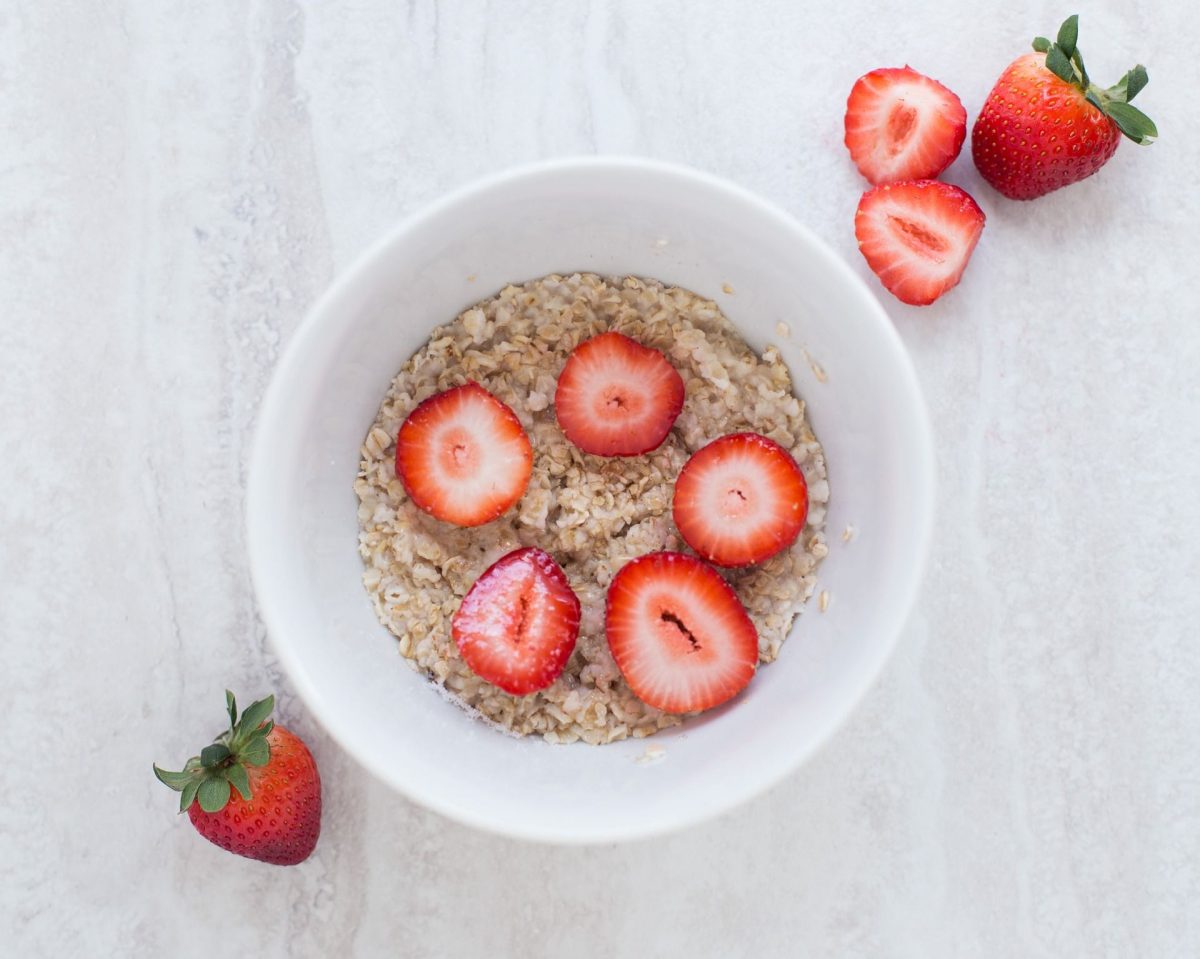 Oatmeal is a quick and easy vegan meal that you can take anywhere.

Oatmeal is extremely satisfying and can be made in the microwave. This makes it the perfect vegan travel food for an Airbnb.

Since many hosts will keep spices on hand, you’ll often find cinnamon and a pinch of sugar you can sprinkle on.

I’d stay away from buying a big cannister, because it’s going to be difficult to take back with you, and you probably won’t finish it.

Instead, I prefer to get the plain packets or travel cups which I can quickly add hot water to and be on my way.

There’s also plenty of vegan oatmeal cup brands like Modern Oats if you’re inclined to get something fancy! 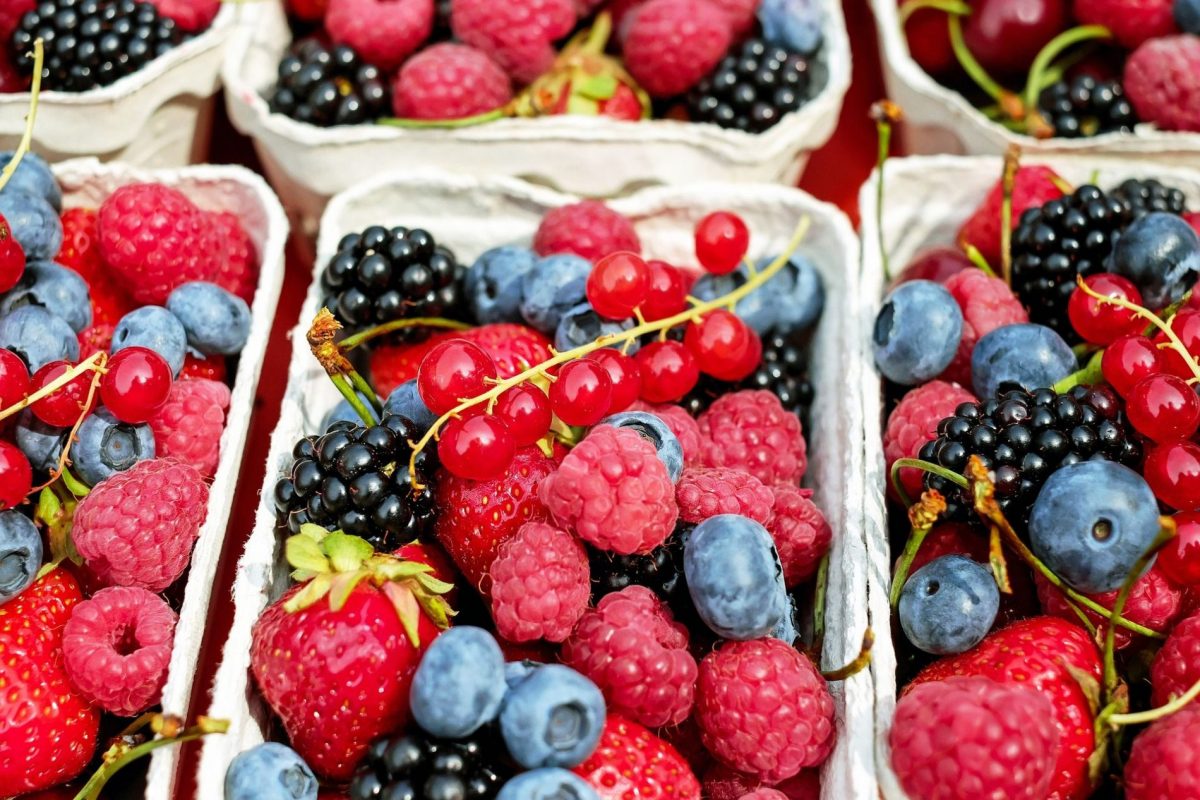 Save money by making your own smoothies with fruit from the local market.

Especially if I’ve had a late night, I really like having a morning blast of the vitamins, minerals and phytochemicals that come from fruits and veggies.

If there’s one thing that bugs me when I travel, it's having to pay $8 for a juice-bar smoothie.

On my recent trip to Amsterdam, I paid even more for a smoothie from Juice Brothers (a chain smoothie joint there) when you take the conversion rate into account.

Granted, it tasted pretty good, but a frugal guy like me just cannot justify that on a daily basis – even when I’m traveling!

Luckily, almost all Airbnbs I’ve stayed in have had a blender that can make smoothies, so I didn’t have to go to an overpriced juice bar.

And because I always pick up the packets of oatmeal, I can use that to make a smoothie bowl (like this one) for a fraction of what I’d pay at a café or juice bar.

If you don’t want to make a smoothie, the fruit is also great for a refreshing snack. I love knowing that I have it in the fridge or freezer after coming home from a salty meal or indulging in a few alcoholic beverages. 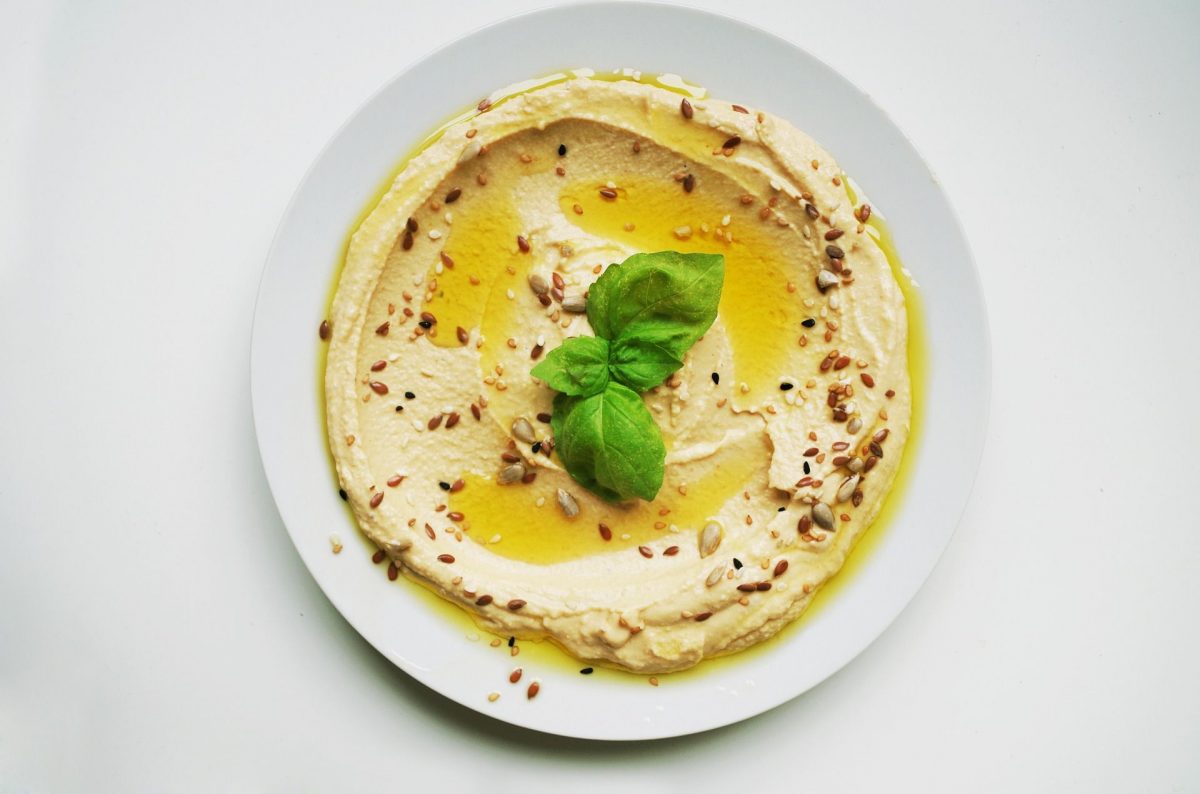 Embrace the vegan stereotype. Be the one who brought hummus.

While I normally prefer to make my own hummus, that’s out of the question when I’m traveling.

I just need something that I can keep in the fridge for a snack or to hold me over if I’m skipping lunch one day.

Most countries that I’ve been to (I’ve mainly traveled in the US, Canada and Europe) have had at least one brand of hummus in the grocery store.

In the Netherlands, I’ve actually been pleasantly surprised at the different flavors I’ve found, since Sabra doesn’t dominate the shelves.

As you can see here, Albert Heijn (a popular Dutch supermarket) has a wide selection, including red beet and sweet pumpkin hummus! 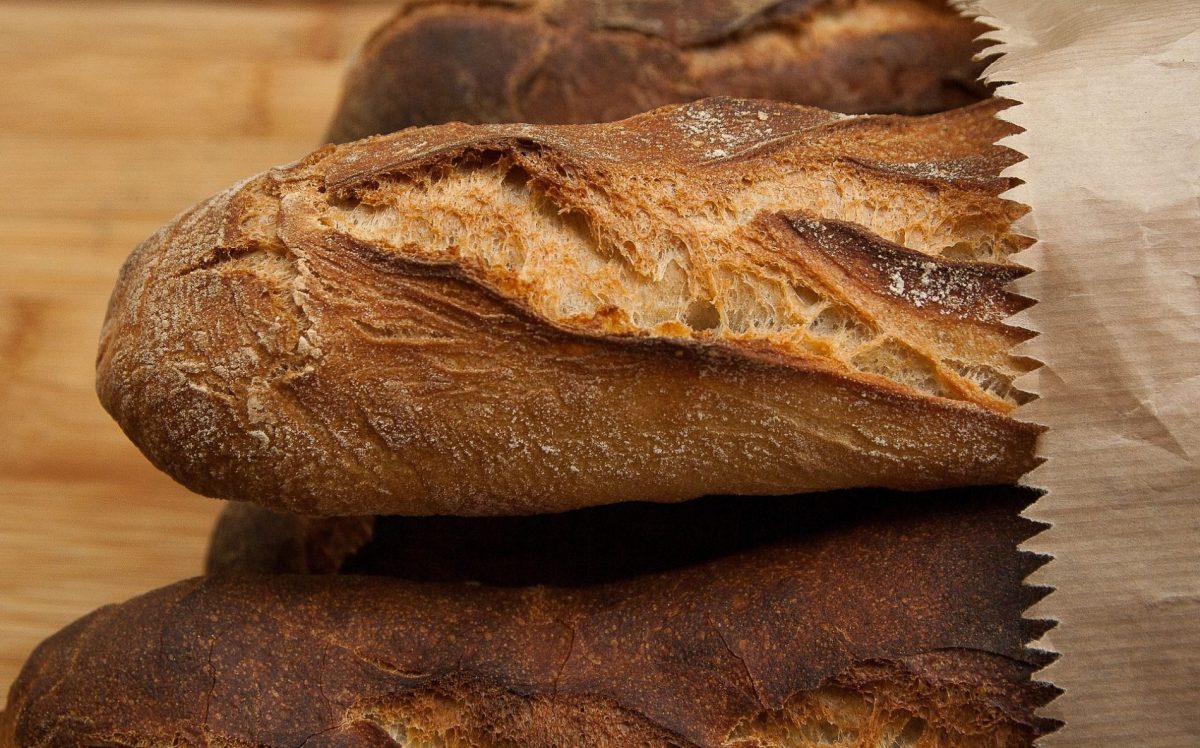 Freshly baked bread is one of the great joys of traveling in Europe.

Not much to explain here, but I need something that I can dip into the hummus or something to spread it onto!

Also, bakeries seem to be far more prevalent outside the US, so you can get fresh-baked bread on the daily.

Picking up a loaf of bread can sometimes be a great way to experience what it would be like to be a local in certain cities.

Sometimes I prefer the local bread to a full-course restaurant meal!

If you’re a new vegan traveler, please don’t take this article out of context.

There are an endless number of restaurants and local vegan foods that you can and should explore. For inspiration, check out the many vegan city and country guides on this site, such as this vegan guide to Chicago, or this list of vegan Indian dishes.

Having been vegan for over 4 years, these explorations of the local vegan food scene are half the fun of visiting a new destination for me.

But if you’re on a budget or just want some simpler and healthier food options for your trip, I hope these vegan travel food ideas come in handy!

Have any other vegan travel tips to share? Leave them in the comments below! 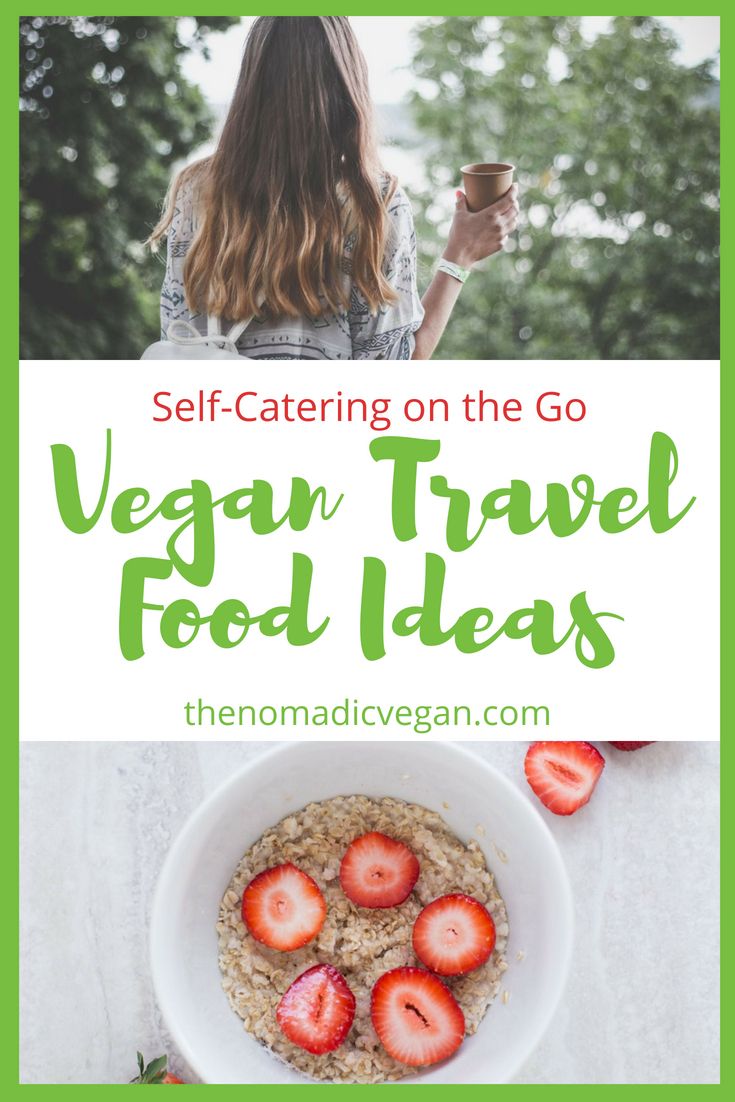 Joey Bruno is a vegan food enthusiast. He's the head blogger on ThriveCuisine.com and also has a small and humble YouTube channel - Kitchen Tips by Joe. When he's not doing something that involves plant-based cuisine or nerdy kitchen stuff, he enjoys practicing Jiu Jitsu and running with his dog.