Évora, Portugal is a beautiful city of whitewashed houses with yellow trim, and its cobblestone streets are a joy to wander around and get lost in. 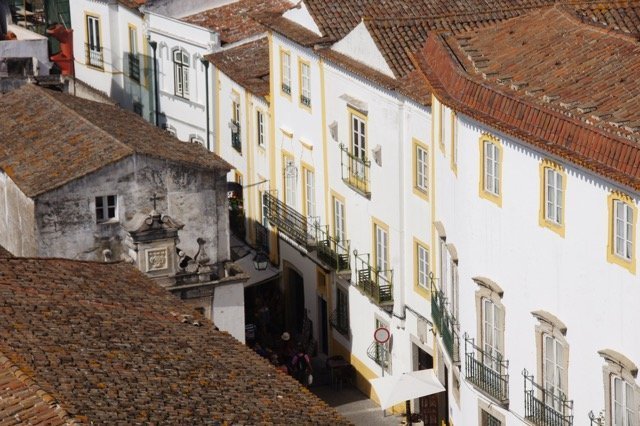 The whitewashed houses of Évora, Portugal

Of course, if you prefer to have a destination and a purpose to your wanderings, there are plenty of impressive sights both inside the walls and out, such as the ruins of a Roman temple and an impressive 16th-century aqueduct that stretches out for miles into the surrounding countryside. The city walls are also a sight unto themselves. 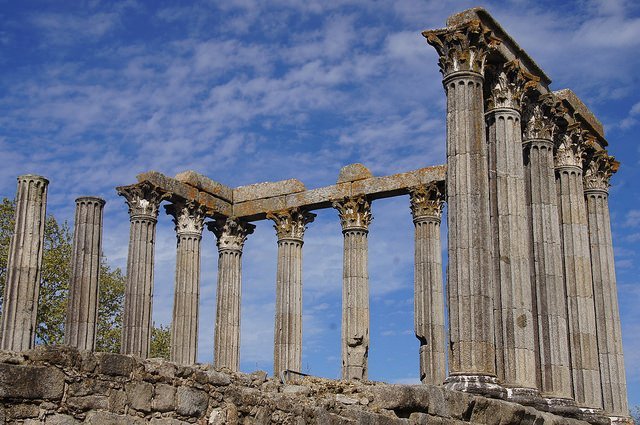 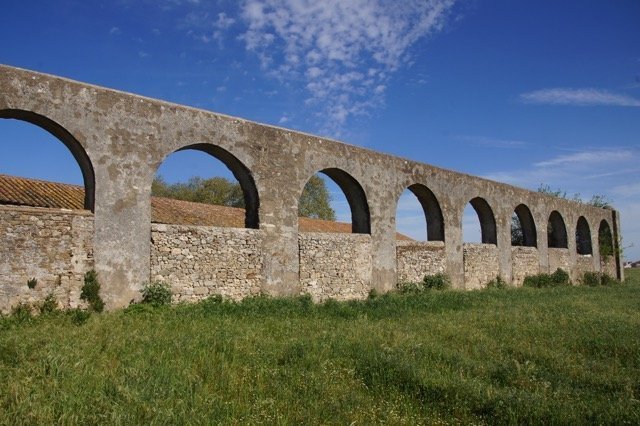 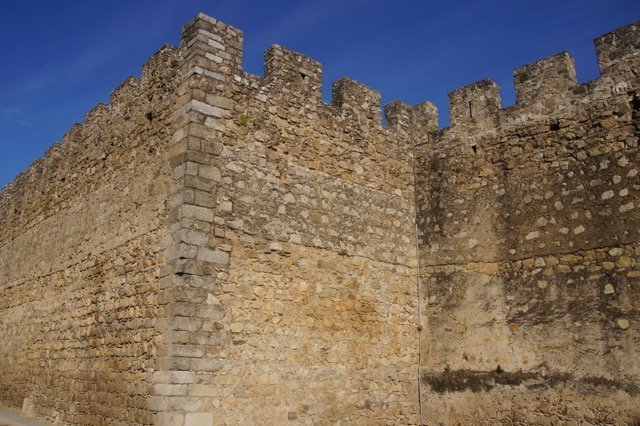 Crossing the border from Spain, I entered Portugal with a bit of apprehension about what I would be eating during my stay in the country. I know Spain gets a bad rap as a ham-obsessed nation and a real headache for vegan and vegetarian travelers.

But I had come across a number of vegan Spanish specialties in my pre-trip research and had been pretty confident going into the trip that I would eat well there. The reality turned out to be even better than what I'd expected.

My searches for vegan Portuguese fare, on the other hand, had unearthed exactly one dish: vegetable soup (sopa de legumes). I had also found, however, that most Portuguese cities of a reasonable size had at least one vegetarian restaurant, and Évora was no exception. Dining at Salsa Verde for lunch thus seemed like a no-brainer.

Unfortunately, Évora seems to be lagging behind, and Salsa Verde is still the only vegetarian restaurant in town, with no fully vegan restaurants here yet. There are a dozen or so places offering vegan options, though! Check HappyCow for the latest listings. 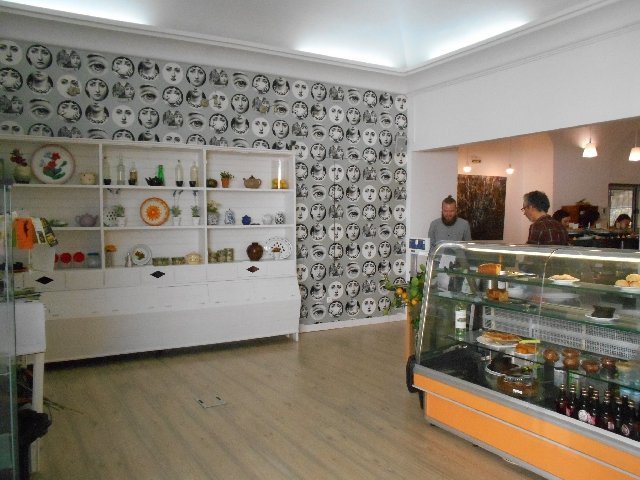 Like many vegetarian restaurants in Portugal, Salsa Verde is set up in a self-service buffet style. You can either fill up a small plate for a set price of just under 5 euros or follow the pay-by-weight system. Either way, the prices are quite reasonable. There is a wide variety of cold and hot dishes on offer, most of which are vegan. 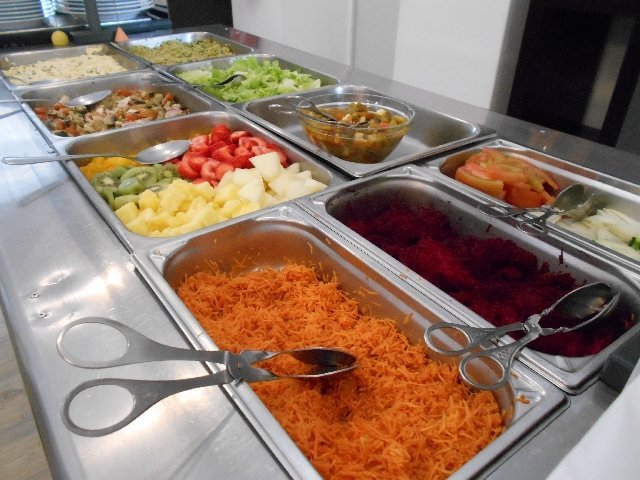 The cold buffet at Salsa Verde 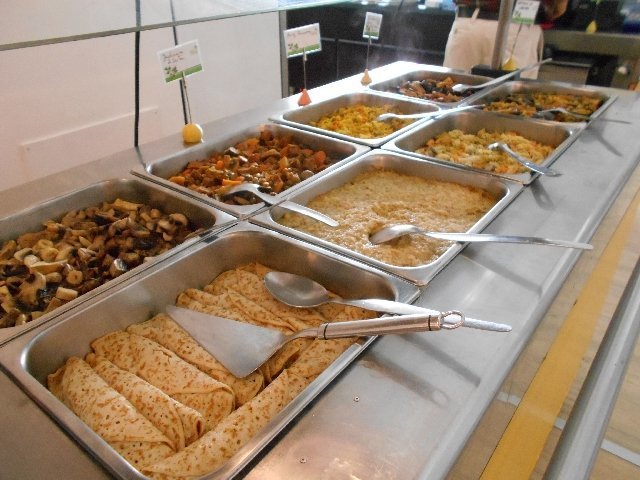 The hot buffet at Salsa Verde 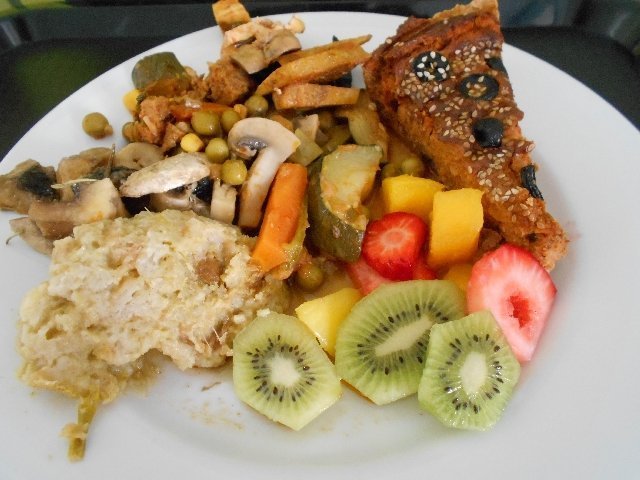 For fully loaded plates, we paid 7 to 8 euros each.

I was especially happy to see a vegan version of migas alentejanas, a local specialty that I was quite curious about (in the picture above, the migas are the white blob in the bottom left corner of the plate).

Migas is also a popular dish in the Extremadura region of Spain, where we had just been before crossing the border, but the version served in the Alentejo region in Portugal is prepared very differently.

While the Spanish version consists of dry bread crumbs cooked with chorizo and topped with a fried egg, in the Alentejo the bread crumbs are soaked in water, so they become much softer - a bit like the stuffing my family used to eat on Thanksgiving.

While this version usually also contains chorizo (chouriço in Portuguese), the one served at Salsa Verde is made with mushrooms.

There were two vegan desserts on offer: a cinnamon baked apple (served cold) and a mango and coconut cake. I chose the apple while Nick had the cake; both were delicious. All in all, it was a scrumptious and nourishing meal and a very gentle introduction to vegan travel in Portugal. 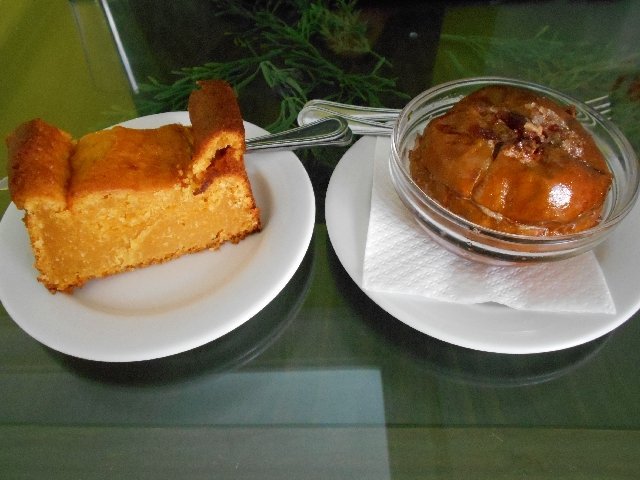 Across the street from our guesthouse was a little health food/specialty tea store called Jardim do Chá (The Tea Garden),where I picked up some very reasonably-priced chia seeds and some small containers of plant-based milk and juice for my overnight oatmeal experiments (an art I had been perfecting over the course of the trip). [UPDATE November 2020: Jardim do Chá has permanently closed.]

Naturally, they also sell a wide variety of teas and herbal infusions. At lunch time vegetarian meals are served on the back patio, but I arrived too late in the day for that. 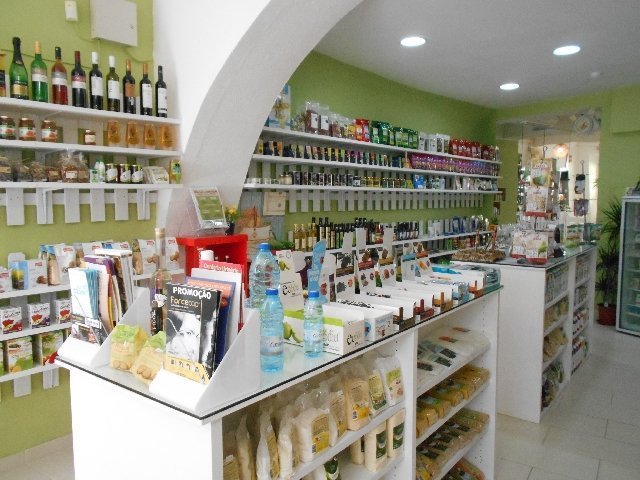 There were plenty of vegan chocolates and other treats on offer, along with the usual grains, legumes, etc. Oh, and this inspiring "thought of the day" written on a chalkboard outside: 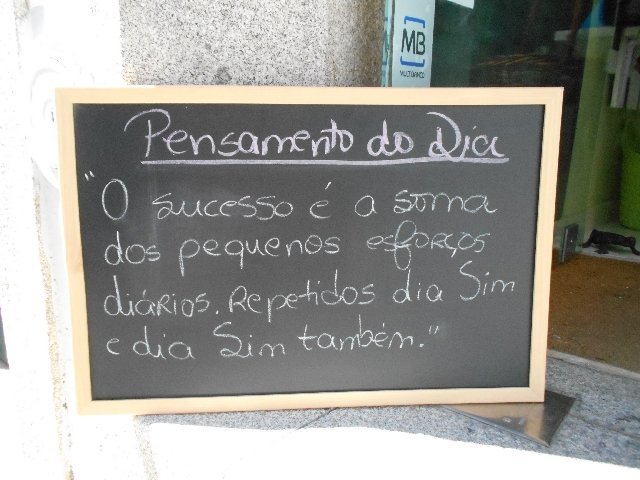 "Success is the sum total of our little daily efforts, repeated day in and day out".

As I was scoping out the traditional Portuguese restaurants for dinner options, there was one in particular called Café Alentejo that jumped out at me, mainly because the menu included a vegetarian section.

Granted, that section consisted of just one item, bras à legumes, but this sounded like a Portuguese version of the parrillada de verduras that I had grown so fond of in Spain. 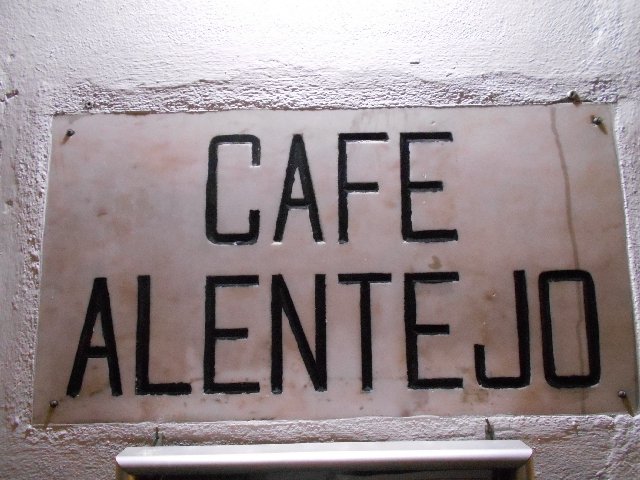 Well, not exactly. It turned out that this dish contained eggs and could not be made without them. Nevertheless, there were a number of vegan options among the starters (entradas) and side dishes (acompanhamentos). 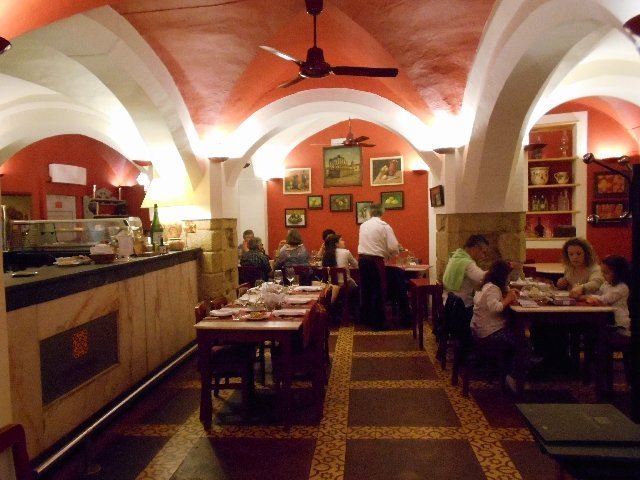 After consulting with the waiter about a few items, I settled on a plate of mixed mushrooms accompanied by…wait for it…MIGAS! While the menu included the usual migas alentejanas with chouriço, it also offered two other types, one with asparagus and the other with olive oil.

The asparagus version contained egg, but the olive oil migas were totally vegan. Who would’ve thought that, on our first day in Portugal, I would find vegan migas not once but twice? 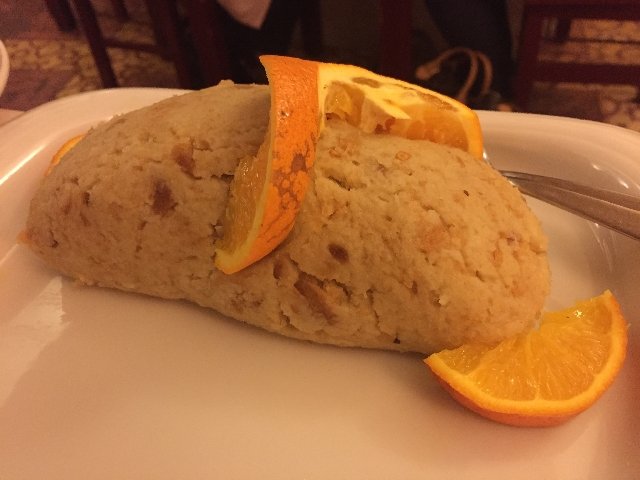 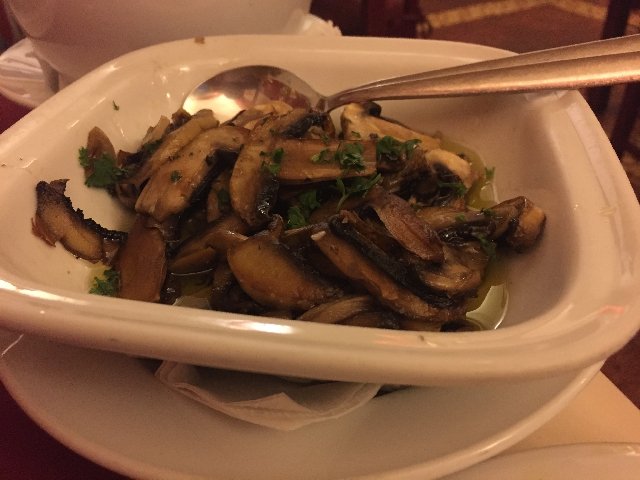 This time the portion was huge, and it definitely filled the craving for more that I’d been left with after lunch. In fact, I may have overdone it a bit, because I didn’t feel so well later that night.

Anyone with an oil phobia, beware! The mushrooms were virtually swimming in a pool of it, and the migas were also completely saturated with the stuff. This was definitely not a light dinner, but I was soon to learn that Portuguese dinners rarely are.

So to recap, here's a rundown of the places I recommend in Évora:

Click here to view this map as a webpage.

Have you see my other articles on traveling and eating vegan in Portugal? Here they are, all in one place!