The Ultimate Vegan Guide to Spain 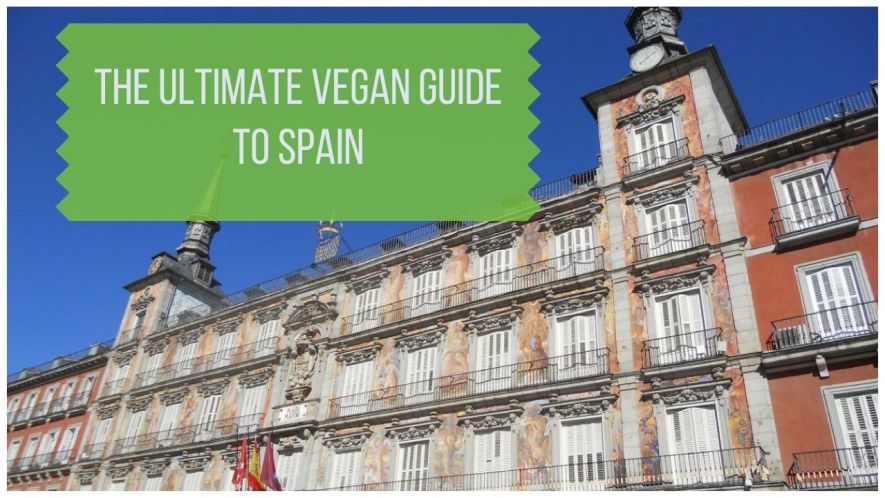 I bet you've heard it all before.

"YOU want to go to SPAIN?! Don't even think about it! The Spaniards think tuna is a vegetable!"

All too often, vegetarians and vegans are made to think that they will be scorned as complete outcasts the minute they step foot in the country.

Well, don't believe a word of it! Spain is a lot more vegan-friendly than you've been led to believe. The truth is, most places are.

The key word here is friendly.

For the most part, its inhabitants will go out of their way to meet your needs and make you feel at home, even if they don't quite understand why you wouldn't want pig flesh tossed in your salad, floating on top of your soup, or wrapped around your asparagus.

"Spain is more vegan-friendly than you've been led to believe. The truth is, most places are."

The availability of specialty vegan products and restaurants catering specifically to vegans will of course depend on where exactly in Spain you are.

The two largest cities, Madrid and Barcelona, are a paradise for vegan travellers. You will find scores of vegan and vegetarian restaurants there, and even mainstream establishments are starting to cater for vegans.

In smaller towns, it's a different story. It's certainly true that traditional Spanish cuisine focuses heavily on meat, particularly ham.

That said, there are a number of Spanish dishes that are as traditional as chorizo and yet are completely and naturally vegan, and even more that can be easily adapted and made vegan.

Fresc Co, Gino's and Pans and Company are all restaurant chains with branches throughout the country that offer vegan options.

And let's not forget the local markets. They offer fruits and vegetables galore, and a fascinating cultural experience to boot.

But don't worry, I'm not saying you need to cook all your own meals in Spain. So you can stop wondering how you're going to fit that propane burner in your suitcase. Even in small towns and villages, local restaurants will usually have a few items on the menu that happen to be vegan. 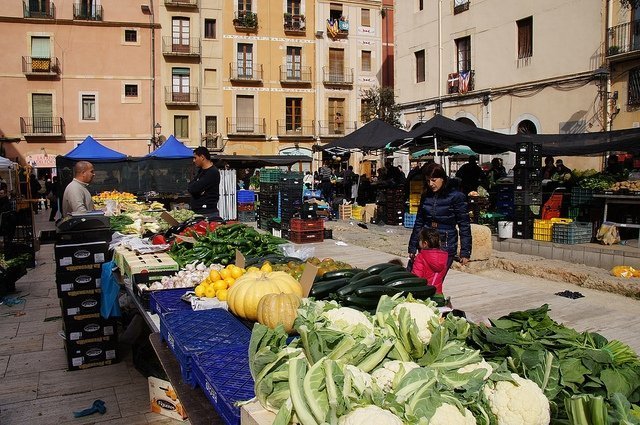 Produce markets in Spain are great for exploring

The following is a list of just some of the naturally vegan or easily veganized dishes Spanish cuisine has to offer.

While I've attempted to break them down into different categories, these are flexible. Is a parrillada de verduras a starter or a main dish? Are churros a breakfast item or a dessert? You get to decide!

As a vegan in Spain, your lunch may be made up of a combination of soups, salads and side dishes that come together to create a delicious meal.

Don't worry, this isn't weird, and in fact you'll find locals doing the same thing. This is the beauty of tapas culture. 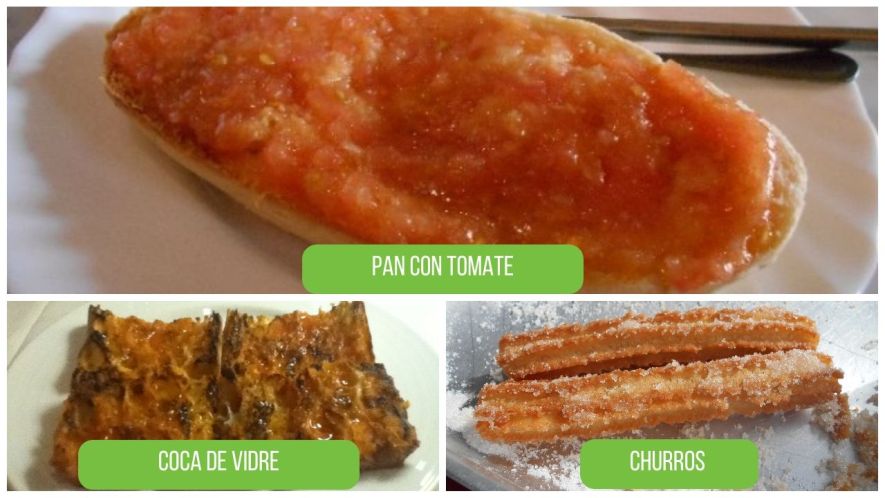 [Note that, while these soups themselves are usually vegan, they are often topped with ham or egg, or both, so be sure to order them "sin jamón y sin huevo". In some places (especially in Extremadura), ajo blanco is made with egg yolks.] 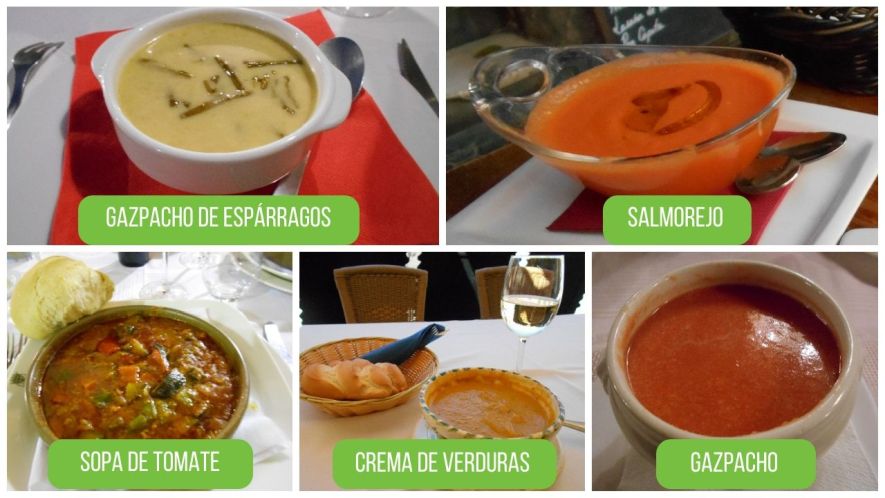 [Note: The first two salads listed above often contain eggs, ham or tuna, so order them with "solo verduras, sin jamón, huevos o atún" (only vegetables, no ham, eggs or tuna). On the bright side, creamy salad dressings are rare, and salads are usually dressed simply with olive oil and vinegar.] 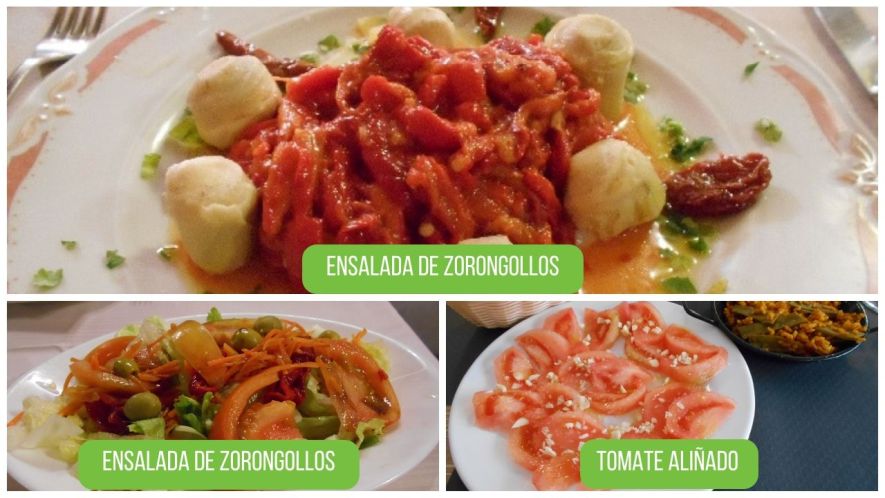 There is an almost endless variety of tapas in Spain, and the above is really just a sampling of what you might find. As recipes vary, always check to make sure that what you order is vegan. 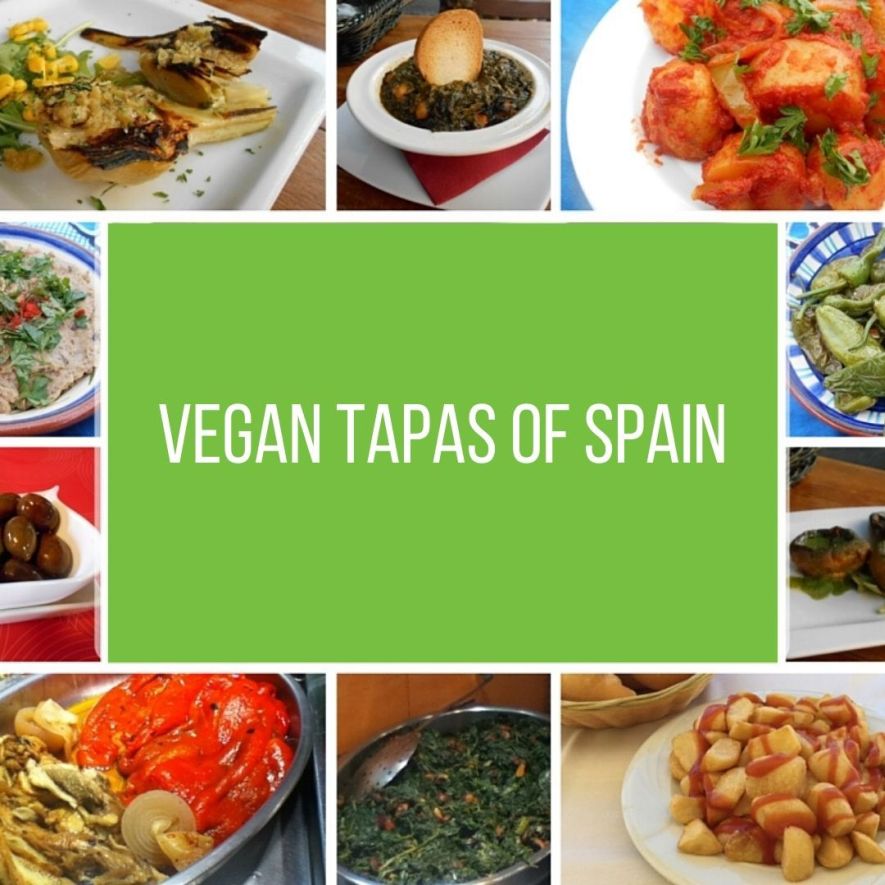 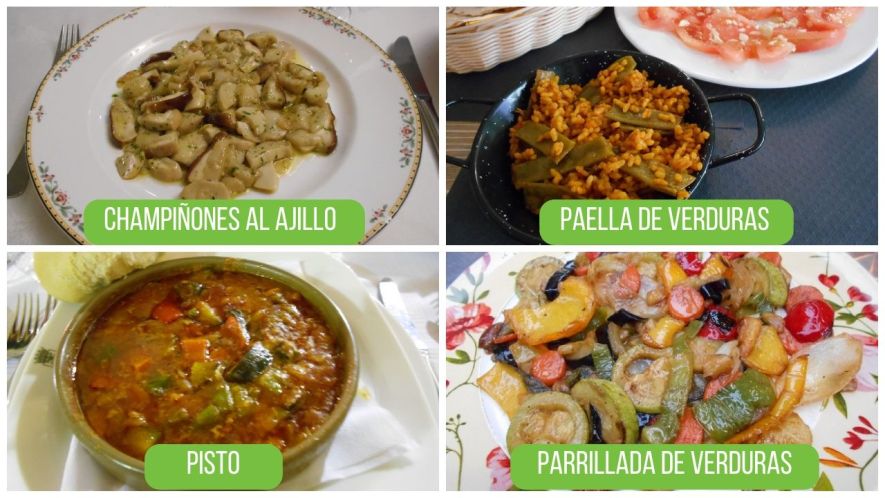 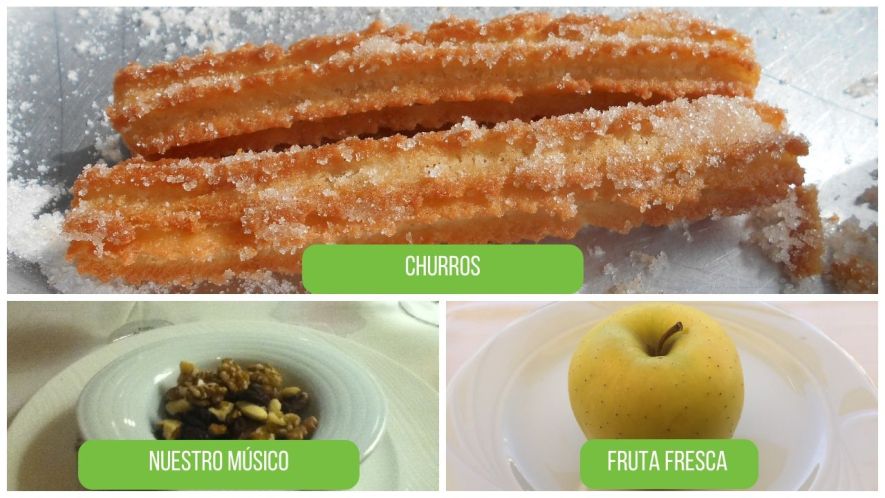 Non-Vegan Foods to Avoid in Spain

Words to watch for: Of those listed above, the animal products that are most common in Spanish cuisine (and tend to sneak their way even into otherwise vegan dishes) are jamon, atún and huevos. Especially jamón. Curiously, dishes that are listed as vegetariano will often contain atún. Because we all know tuna is a vegetable :-/

*Some packaged juices in Spain have milk added to them. This should be clear from the packaging (there's usually an image of a splash of white liquid on the box), but look for leche in the ingredients list to be sure.

A number of vegan products are available in regular supermarkets, such as Mercadona and Consum Cooperativa. Aldi is recommended by locals as a particularly vegan-friendly supermarket chain. In addition to those chains' store brands, the following brands also make vegan products:

Many thanks to my fellow vegan bloggers, Kim from Brownble and Iosune from Simple Vegan Blog for their helpful local insights. You ladies rock!

Be sure to check out my articles and vegan guides to specific destinations in Spain: 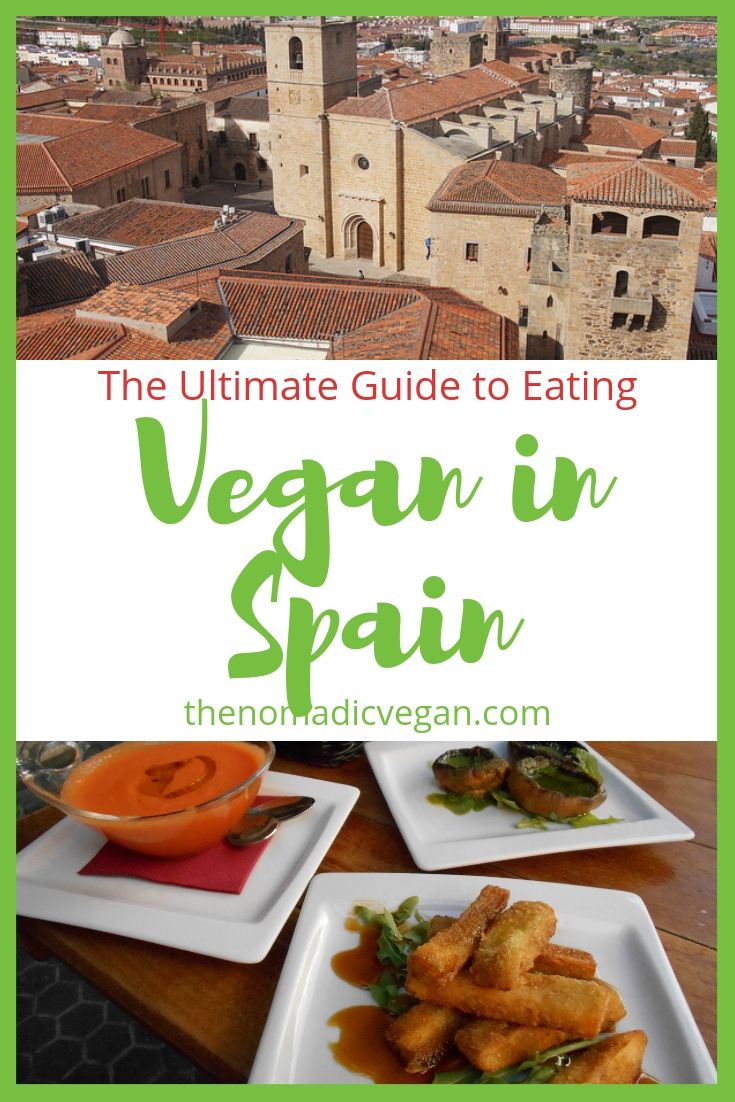 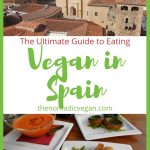